5 Things You May Not Know About Our Mufti

Mufti of Singapore or Ustaz Fatris was probably the youngest mudir (principal) in our recent history.
by Ustaz Ridhwan Mohd Basor 2019-09-08 • 14 min read
Ustaz Ridhwan is a member of the Asatizah Youth Network. Trained in social sciences & Islamic thought, he spent 13 years of education in local madrasahs, before pursuing his Political Science degree at the National University of Singapore. He then completed his postgraduate studies on Islamic Political Thought at the International Islamic University Malaysia.
2019-09-08 • 14 min read 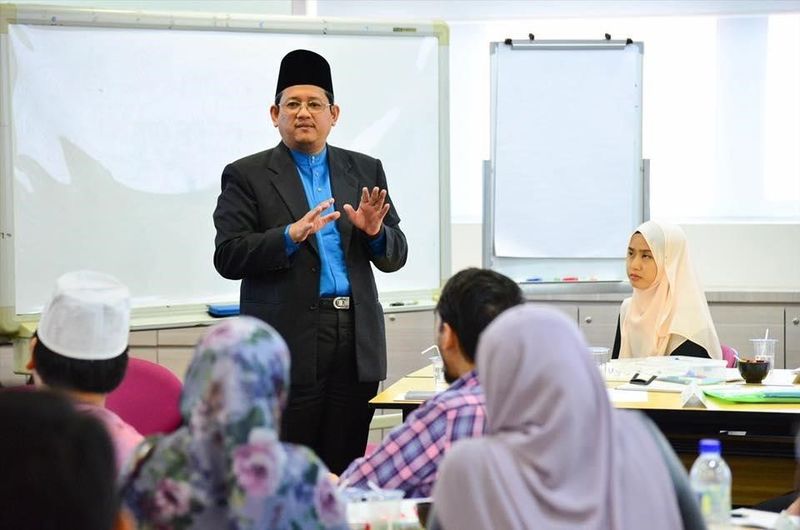 Life without teachers is like having books with empty pages. Teachers are among the most important people in one’s life. Parents are generally a child’s first educator. After our parents, teachers are those who seek to impart to knowledge in our lives.

Our beloved Prophet Muhammad s.a.w. is ultimately the teacher that we all love. His wisdom, message and teachings continue to resonate with billions of followers more than 1400 years since his passing. In one of his hadiths, Prophet Muhammad s.a.w. told his followers that he will leave us his with inheritors that will continue to guide and impart wisdom in our lives. It is not wealth or power that he left for us to inherit, but he left us with knowledge and scholars. Rasulullah s.a.w. mentioned,

“Scholars are the inheritors of the prophets.” (Hadith by Imam At-Tirmizi) Indeed, scholars and teachers play an important role in imparting and transmitting knowledge to us. As we commemorate Teacher’s Day, www.muslim.sg invites social media users to remember their teachers through the #IThankYouTeacher campaign launched last week. As part of this social media campaign, I chose to dedicate my #IThankYouTeacher message to our own Mufti, Sohibussamahah Dr. Mohamed Fatris Bakaram.

Our Mufti is a teacher in his own right. Beyond his official engagements where we can pick up so much wisdom through his speeches, tazkirah (brief reminders) and syarahan (lectures), his weekly Kuliah Tafsir videos on Muslim.Sg’s Facebook are viewed by thousands online. However, not too long ago, the Mufti of Singapore was a passionate and dedicated teacher who deeply inspired many of his students, including me.  Here are five things about our Mufti that some may not be aware of -  how amazingly cool he was as a teacher, a principal (Mudir) and a mentor:

1) The Youngest Mudir (Principal) of A Madrasah in Recent History

The Mufti of Singapore or Ustaz Fatris, as he was fondly called, was probably the youngest mudir (principal) in our recent history. He was appointed as the Principal or Mudir of Madrasah Al-Irsyad Al-Islamiah when he was in his 20s.

As a young mudir, Ustaz Fatris led Madrasah Al-Irsyad with a forward looking perspective. I remember how he emphasised that the school curriculum should have a balance between both religious education and non-religious subjects. He had a vision of building a school where its students can excel in many peaks of success with a strong core of sound religious understanding. In achieving this vision, he introduced secondary education for Madrasah Al-Irsyad in 1998. Previously, upon finishing Primary 6, students from Al-Irsyad would usually continue their education at other madrasahs. However, with his strong determination and belief that Al-Irsyad was ready to have its own secondary education and together with a strong group of teachers, secondary education was finally introduced. Ustaz Fatris and the other teachers worked hard to make the madrasah an effective religious institution that made learning a fun and fulfilling experience. It was against all odds that Ustaz Fatris triumphed as a young Mudir in propelling the madrasah forward, producing graduates who could qualify for tertiary education.

2) A Passionate and Caring Teacher

Being a Mudir, Ustaz Fatris was was not only a passionate educator, but also a deeply caring teacher. He was always there for his students, guiding and mentoring them. As a Secondary One student back then, I would usually hang out in school after class. Especially on those days where my classmates and I had to prepare for our Malay debate competition, we would seek help from Ustaz Fatris. His office door was always open and most of the time, he would not say no to us taking up his precious time. He mentored us, discussed with us  and provided us with relevant perspectives and guidance. Ustaz Fatris never failed to offer a listening ear that his students needed. He was very accessible to all of us, especially the pioneer batch of the secondary classes that he taught. We were  able to consult him to clear our doubts, address our confusion, and earn ourselves relevant advice. His care for his students was second to none and his words would uplift and motivate his students to be better always.

One of  the key learning experiences that I can clearly remember was the tafsir classes conducted by Ustaz Fatris. Tafsir was not an easy subject. In fact, it was among the hardest religious subjects in madrasah. However, Ustaz Fatris’ pedagogical approach in teaching tafsir turned the learning into a joyful experience. He would use drawings to describe some of the meanings of ayats (Quranic verses) and developed Quranic mind-maps. This visual teaching technique helped many of us to remember and memorise the verses while also understanding its meanings. For many of us back then, it was the first time that we learnt tafsir through such pedagogy and it was really enriching. Plus, Ustaz Fatris is good at drawing! This was indeed one of the most valuable lessons and skills I learnt at the early secondary level. It taught me the need to be cognisant in receiving information and to apply critical thinking in analysing sources of knowledge, beyond just the study of tafsir.

He made me love studying tafsir deeply and until today, when I need to go online, I will remember what he taught us 20 years ago. When I read and compare various tafsir books, I will remember how I learnt tafsir from him.  The skills that he imparted in developing knowledge and information literacy is crucial, especially in today’s digital age. In that manner, he was ahead of his time.

Ustaz Fatris promoted discussions and critical thinking in his classes. His classes were very much ‘democratic’. He encouraged his students to give their views and perspectives and to some extent, even allowed us to debate and discuss on several topics, from Fiqh to the contemporary issues of those times. In fact, there were moments where the students had divergent views from what would have been his view but he did not simply put us down or dictate what to think.

Beyond teaching us subjects based on a fixed school curriculum, he dedicated one period per week for discussion on current issues. In one of these discussions, he encouraged us to talk about an issue that some of us thought was definite and did not need any deliberation. He opened the floor for us to talk about it openly. He did not shut down the discussion by merely saying, “This is in the Quran. It is fixed and therefore, there is no room for discussion.” He allowed us to deliberate on it further, see it from multiple angles and taught us how verses need to be analysed critically. 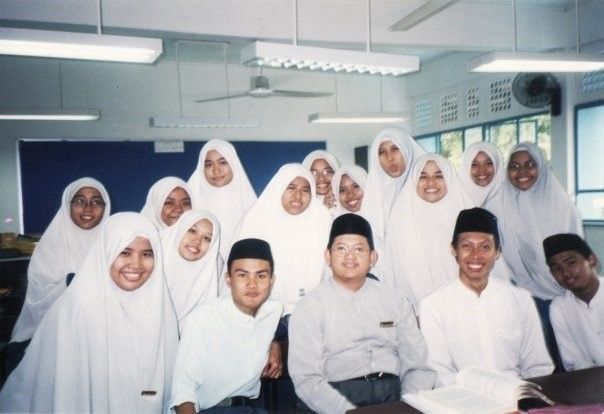 Even after graduation, I would occasionally drop him an email (back when Facebook was non-existent). As part of my growing-up process, in settling between the identity versus confusion stage, I had once asked him for advice and guidance. As I was confused as to what exactly the ‘right’ ideology or religious leaning was, I consulted him with the hope of him telling which direction was the right one. Instead, he did not give a direct answer. However, his responses made me think further and eventually, I was better informed to make the decision for myself.

He was not an Ustaz that would just tell his students simply something is halal or haram (unless it is obvious!), right or wrong. He did not teach us to see things in binary. He encouraged us to discuss and respected various viewpoints on the subject. He empowered others by teaching us how to think, not what to think.

5) An Inspiration to Many

As a Mudir, Ustaz Fatris had always been an inspiration to many. Back when many of us would not know how the future was going to be like, his positivity reignited our hope and aspirations. His words and gestures of encouragement served as motivations for his students. He never gave up on his students even back when we were not excelling enough. On my last day in Irsyad, he penned down a beautiful thought. He wrote,

Meaning: “Our values are not measured with where we are, but how far are able to take our leap.” The Mufti of Singapore has always been such an exceptional teacher that many of his students owe our success today to his dedication and passion in educating many of us. When I look back at my madrasah days, I will forever be indebted to our Mufti for the knowledge that he has imparted.

Indeed, teachers play an important role in our lives. They are instrumental in moulding our character, shaping our thinking and contributing to our success. Knowledge is key in our lives, and the path to knowledge is through our dedicated and amazing teachers. May Allah s.w.t. reward our teachers, our asatizah, our scholars, our ulama with the best of rewards, and may the tradition of transmitting and seeking knowledge continue to live, and may we be among those who attain knowledge and spread knowledge. Amin.