Muslims around the world use the Islamic calendar to determine the dates of religious events and observances.
by Ustaz Muhammad Abdul Mateen Bin Hisham 2019-08-29 • 12 min read
Upon graduating from Madrasah Aljunied Al-Islamiah, Ustaz Mateen pursued his studies at Al-Azhar University completing his degree in Islamic Theology, specialising in Creed and Philosophy.
2019-08-29 • 12 min read 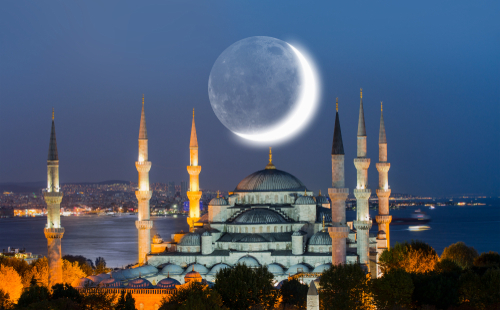 A journey happens when we travel from one place to another as we move closer to our destination. Similarly, in life, we won’t be meeting yesterday again as we embark on a journey that will continue to unravel with each passing day. The human civilization has seen various models of calculating time. Particularly, the calendar is a system to record the days of each month and week in a year.

The calculation of the Hijri Calendar plays an important role in the life of a Muslim as it concludes the time for Ramadan, the two Eids and the period for Hajj, just to name a few. These specific periods are essential to observe some obligatory acts like the fasting in Ramadan and the Hajj or pilgrimage, for those who have met their calling. In this article, we will explore 4 other interesting things about the Hijri Calendar that you may not know.

1. THE HIJRI CALENDAR WAS CREATED OUT OF NECESSITY

Little did we know that the Hijri Calendar was only established during the time of the second rightly guided Caliph, Umar ibn Al-Khattab r.a. Previously, the Arabs did not have any system to register a certain period or era other than the significant events that happened at the time.
For instance, a king from Southern Arabia, Abraha and his army that were equipped with elephants decided to invade Makkah. Due to the significant appearance of these war elephants, the year term of that time was known as the ‘Year of the Elephant’. Prophet Muhammad was born in that year term. Hence, it was recorded that the Prophet s.a.w was born in the ‘Year of the Elephant’.

The other method of recording dates was the known lunar-months of the Hijri Calendar, which were already present during the Pre-Islamic era.[1] They are Muharram, Safar, Rabi’ul Awwal, Rabi’ul Thani, Jamadil Awwal, Jamadil Thani, Rajab, Sya’ban, Ramadan, Syawal, Zulkaedah and Zulhijjah. These months, without any indication of the year, were used in the time of Prophet as time representation to calculate religious observances. Allah s.w.t mentions in the Quran:

The previous method of recording dates continued until Caliph Umar Ibn Al-Khattab r.a received a letter from the governor of Basra, Abu Musa al-Ash’ari r.a, who questioned the difficulty in identifying the dates: “Letters have reached us from the Commander of the Faithful (Umar r.a), but we do not know which to obey. We read a document dated (in the month of) Sya'ban, but we do not know which Sya'ban is meant; is it the one that has passed, or that which is to come?" [2]

Umar r.a. saw the need to establish a proper dating system and therefore quickly assembled some of the Prophet’s companions to discuss the matter.

2. THE ISLAMIC CALENDAR IS BASED ON THE HIJRAH

There were suggestions to adopt various existing models of the time such as the Roman and Persian calendar. It was argued that the Persian calendar was based on the victories of their kings, which do not coincide well with the spirit of Islam. On the other hand, the Roman Byzantine calendar was dated too far back and would not serve as a solution for several issues. [3] It was also said to be based on the birth of Alexander the Great, according to Ibn Kathir in Al-Bidayah Wan-Nihayah.

Other suggestions were that the calendar should start from the descent of the first revelation or the Prophet’s birth and departure. They dropped the suggestion to date from the first revelation because its specific date was not agreed upon. While the date of the birth of the Prophet was well known, there were still alot of oppression and injustice within the Meccan community as though the event didn't brought any direct significance to the development of the community then. Some also suggested the year of the Prophet's departure from this world, since it marked a new era figuratively. The thought of it, however, left a very depressing remark that should never be point to begin with. The calendar should never start from a sad event in Islamic history.

Under the suggestion of Ali bin Abi Talib r.a, it became clear that the best option was to start with the year the Prophet s.a.w migrated from Makkah to Madinah, or more commonly known as the Hijrah.[4] Umar Ibn Al-Khattab r.a took this view upon the agreement of the council due to its clear event and significant meaning that it carries.
The more literal meaning of the Hijrah is that of a movement from one place to another. Other than this physical understanding of the Hijrah, it also carries a moral meaning which can be seen in the hadith:

This moral sense of Hijrah relates to how a Muslim navigates through the nature of this world. When afflicted with tribulations or even in idleness, the believer continues to strive for higher excellence in all aspects. From ignorance to knowledge, from fear to courage, from intolerance to forbearance, from oppression to justice and from disobedience to obedience. It is a state of return to the Almighty and the All-Protecting, Allah s.w.t.

3. MUHARRAM WAS ONLY CHOSEN AS THE FIRST MONTH AFTER CAREFUL DELIBERATION

The people have gathered in Zulhijjah for the Hajj. In a more refined state, they return from their pilgrimage to their homelands in the month of Muharram with a new beginning.[5] The Islamic Calendar also symbolises the Muslim’s journey to fulfil the 5 pillars of Islam from constantly renewing their faith and performing their prayers, paying their annual zakat, fasting in Ramadan and fulfilling the Hajj in Zulhijjah, for those who have met their calling.

Umar Ibn Al-Khattab agreed with the view to take Muharram as the month to start the calendar. This agreement meant the establishment of the Islamic Hijri Calendar that we still use today.

4. THE CALENDAR REMINDS US TO REFLECT ON THE LESSONS OF HIJRAH

The process of establishing the Islamic Hijri Calendar reflects the general outlook of a Muslim towards life. Every passing day is a step further to progress towards our destination. Each step is motivated by a positive and uplifting perception of what is to come. A sense of hope that relies on the mercy of The All-Merciful.

These are the lessons drawn from the journey of our beloved Prophet s.a.w to Madinah, the Hijrah. For every challenge that awaits, the Prophet knew it wasn’t easy. He did not simply leave behind all efforts just because he is a Prophet. The Prophet s.a.w faced the challenges with a strong reliance on Allah s.w.t and took the necessary steps to overcome it. At some point, he even took unconventional but proper routes to ensure his safe arrival.

Imagine the number of lessons encapsulated for us to ponder upon as we enter this new Islamic Hijri Year. Even in anxiety or fear of what is to come, I find one of the most valuable lessons taught in the journey can be seen when Prophet Muhammad s.a.w reassured his loyal companion, Abu Bakr As-Siddiq r.a, as they were hiding from the Quraysh pursuers.

إِذْ هُمَا فِي الْغَارِ إِذْ يَقُولُ لِصَاحِبِهِ لَا تَحْزَنْ إِنَّ اللَّهَ مَعَنَا
While they both were in the cave, he reassured his companion, “Do not worry, for Allah is certainly with us.”
(Surah At-Taubah, 9:40)