Being a Muslim and Loving My Country

by Ustazah Amalina Abdul Nasir 2020-08-25 • 12 min read
Ustazah Amalina is a Research Analyst at the International Centre for Political Violence and Terrorism Research, S. Rajaratnam School of International Studies (RSIS). After completing her A levels in Madrasah Al-Ma’arif Al-Islamiah, she pursued her bachelor’s degree in Singapore Management University with a Double Major in Sociology and Corporate Communication.
2020-08-25 • 12 min read

Love for Your Country Is Part of Your Faith 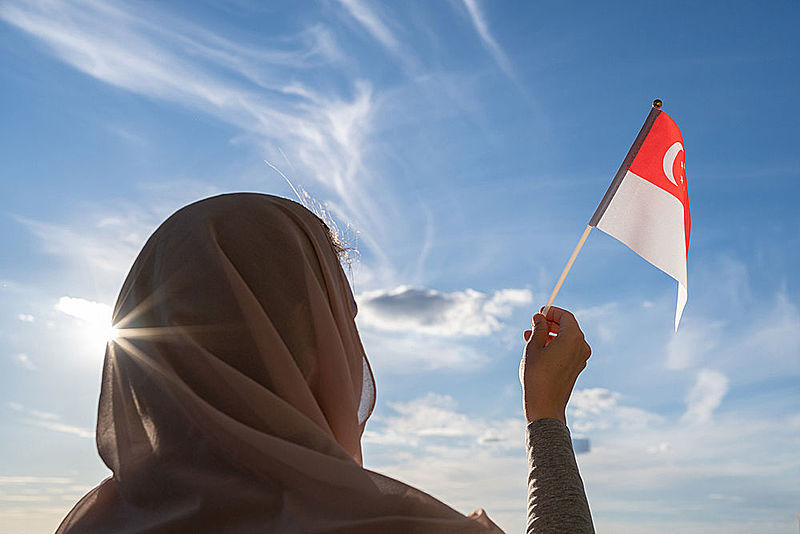 Having an attachment to the place we call home is probably an innate human nature. Prophet Muhammad s.a.w. expressed a deep sense of love to his birthplace, Makkah. When the divine decree instructed him to leave Makkah for Madinah to seek refuge for his followers and himself, he did it with a pinch of sadness.

For many of the Muslims today, we live in various parts of the world. In fact, one-third of Muslims live in non-Muslim majority nations. As citizens of these countries, we have citizenship obligations in state-building. One can be both an American and a Muslim, similarly for one to be both a Singaporean and a Muslim. Majority of us are able to converge our multiple identities, without having the dilemma of choosing one leading to neglecting the other. However, there are some who perpetuate narratives which are at odds with the way the majority of Muslims have been able to co-exist peacefully and confidently. They may have developed self-conflicting ideas on this matter due to misunderstanding of religious texts and/or being influenced by problematic ideologues.

Let us uncover the perceived tensions that arise from this issue.

The tension of needing to prioritise faith over citizenship (or vice versa) arises from the way some of them understand the concept of “Nation”. Debates and discussion about nationalism have been going on for centuries. There are three competing opinions of which two are applicable to help us understand this internal conflict which they may have felt.

Briefly, the first opinion is from the Primodialists, where they opined that people categorise themselves based on essentialised traits. These traits bind people together. In other words, it’s a “psychological bond that joins a group and differentiates them from (the) outsiders”. For example, religion, race, ethnicity and ancestry. Because of these essentialised traits like religion, we feel connected to people of the same religion despite being miles away and not knowing them. That’s why we feel connected because we are one Ummah. Isn’t this a familiar feeling? The second opinion comes from the Modernists, where they opined that a Nation is a constructed notion. It is born through the drawing of territorial boundaries and socially engineered through print-media, mass education, language and other elements like common history. This is why some of us may feel conflicted. But the truth is we can reconcile both identities. As Muslims, let’s refer back to the Qur’an and Sunnah to help us navigate through this.

Here are three key areas we should understand so we can live confidently and be great contributors to society.

1) Living in a non-Muslim country is not against Islam

One of the main contentions is the state of us living in a non-Muslim country. This confusion stems from the conversations on Dar Al-Islam (Land of Islam) and Dar Al-Harb (Land of War). Some radically view that a land is considered Dar Al-Islam when it is ruled by a Muslim ruler, and where the Shari’ah (Islamic Law) is implemented as the rule of the land. In the absence of these two components, the land is considered as Dar Al-Harb. This suggests that such lands should be considered at war until it becomes Dar Al-Islam.

However, this idea is misleading and inaccurate. The Qur’an does not state the world is divided into those two categories. This idea, too, does not originate from the time of the Prophet s.a.w, or the time of the companions – the first Muslim generation. It was derived a few hundred years later during the early Abbasid dynasty (750 – 1258 CE).

During that period, Muslim scholars saw the importance of categorising countries in such a manner to ensure that laws pertaining to warfare were carried out in the correct situation and place. Furthermore, this geopolitical concept developed by scholars of that era took place during the period of perpetual conflict between empires, a reality vastly different from the present nation-state systems with respect to international law and treaties. Fatwas were therefore issued accordingly to the appropriate social and political environment and circumstances of the time. Today, this is no longer the case.

In fact, this idea is also not wholly accepted amongst Muslim scholars. According to the Shafi’i mazhab, “a predominant non-Muslim land which is not at war with the Muslims does not constitute a Dar Al-Harb”. This means that war cannot be waged just because the land is not a Muslim land.

It is also important to note that the categories within the writing of our Muslim scholars are not limited to the two categories that are always, and conveniently, raised.

In summary, there is no divine command to this classification. Thus, it is not wrong nor does it makes us lesser of a Muslim living in a secular country. The companions back then lived peacefully in Abyssinia, a non-Muslim country. While some might argue that it was a temporal necessity for the companions to live there when the Muslim community were being oppressed in Makkah before the Hijrah, some companions chose to stay in Abyssinia even after the Prophet migrated to Madinah and founded a Muslim-majority community. 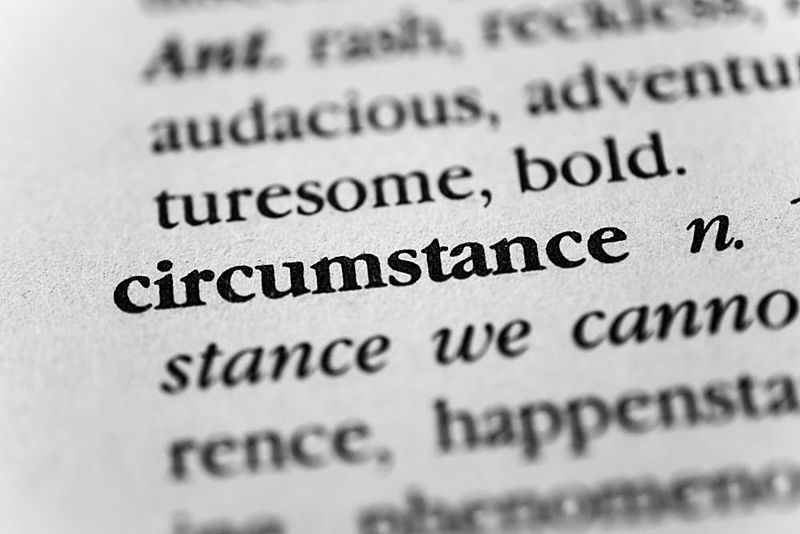 Islam is a holistic religion that obligates us accordingly to our respective circumstances. To be allowed to perform our ritualistic acts of worship on top of the basic and essential obligations, this is a country we can safely call Home. So, how do we lead our daily lives? We can draw lessons and inspiration from the Madinah Charter. The Madinah Charter was drafted after Rasulullah s.a.w. made his hijrah from Makkah to Madinah. The Charter codified the means to bind people of different backgrounds and tribes together. This can be said the same for our constitution today. Like the Madinah Charter, there are many nations today that allow us to practice our religion and foster peaceful co-existence with people of different faiths. There have been so many ground-up efforts to promote understanding as we live in a multi-religious society. This is part of acknowledging the diversity in creation. Allah s.w.t. created us all so differently.

O humanity! Indeed, We created you from a male and a female and made you into peoples and tribes so that you may get to know one another. While differences naturally give rise to friction, as Muslims whose actions are guided by the Qur’an and Sunnah, we learn to practice respect towards differences. This means we do not force our views and religion onto others and respect their differing beliefs.

Other areas that were touched upon in the Madinah Charter included elements like religious freedom, and civil commitment and rights. The Madinah Charter is still widely referred to today. In this light, we should live the spirit of the Madinah Charter to emulate how diverse communities live harmoniously together especially when we have something so similar and uphold the same values. 2) Shaping the country I love

Now that we have clarified our place in the country and how to best live in such a diverse community, the final question is about us shaping and contributing to the country we live in. In this regard, one is frequently asked if Muslims are allowed to participate in the modern political system? Particularly the questions of participating in a modern democracy. There are those who reject modern democracy on the notion that voting is un-Islamic as it gives humans the authority to make laws and that Islam. However, in reality, laws determined by modern democracies are not Divine law or the Shariah. Modern elected officials vote on issues of social, health, environment and so on. Laws and regulations on traffic lights for example are determined through human thinking and consideration.

P.S If you want to read more on the issues of Islam and democracy, read What You Need To Know About Islam and Democracy by Ustaz Ridhwan Mohd Basor.

In conclusion, one can live faithfully as a Muslim and as a pro-active member of one’s country without having any tension in reconciling between these two.

Indeed, we should be among those who spread the message of Islam through performing our civic responsibilities, extend our peace to others, and promote love and goodness. We can and we should love a place we call home.