What is Beauty In Islam?

The concept of Beauty is widely discussed in our Islamic Tradition as an important aspect of human life. What is beauty as understood in Islam? why is it so important?
by Ustaz Ahmad Nu'man 2022-02-17 • 15 min read
Ahmad Nu’man graduated with a bachelor degree in Islamic Creed and Philosophy from Al-Azhar University. He went through a discipline and earned himself a Diploma in the Study of Islamic Calligraphy from IRCICA (Istanbul Research Center for Islamic Culture and Arts). He then pursued his master’s degree in Philosophy of Religion and Ethics with the University of Birmingham. He’s now a financial consultant representing Ascent Islamic.
2022-02-17 • 15 min read

The Concept of Beauty in Islam

When we mention beauty in Islam, many may have heard the saying of our beloved Prophet Muhammad s.a.w. that mentions,

“God is beautiful, and He loves beauty.” 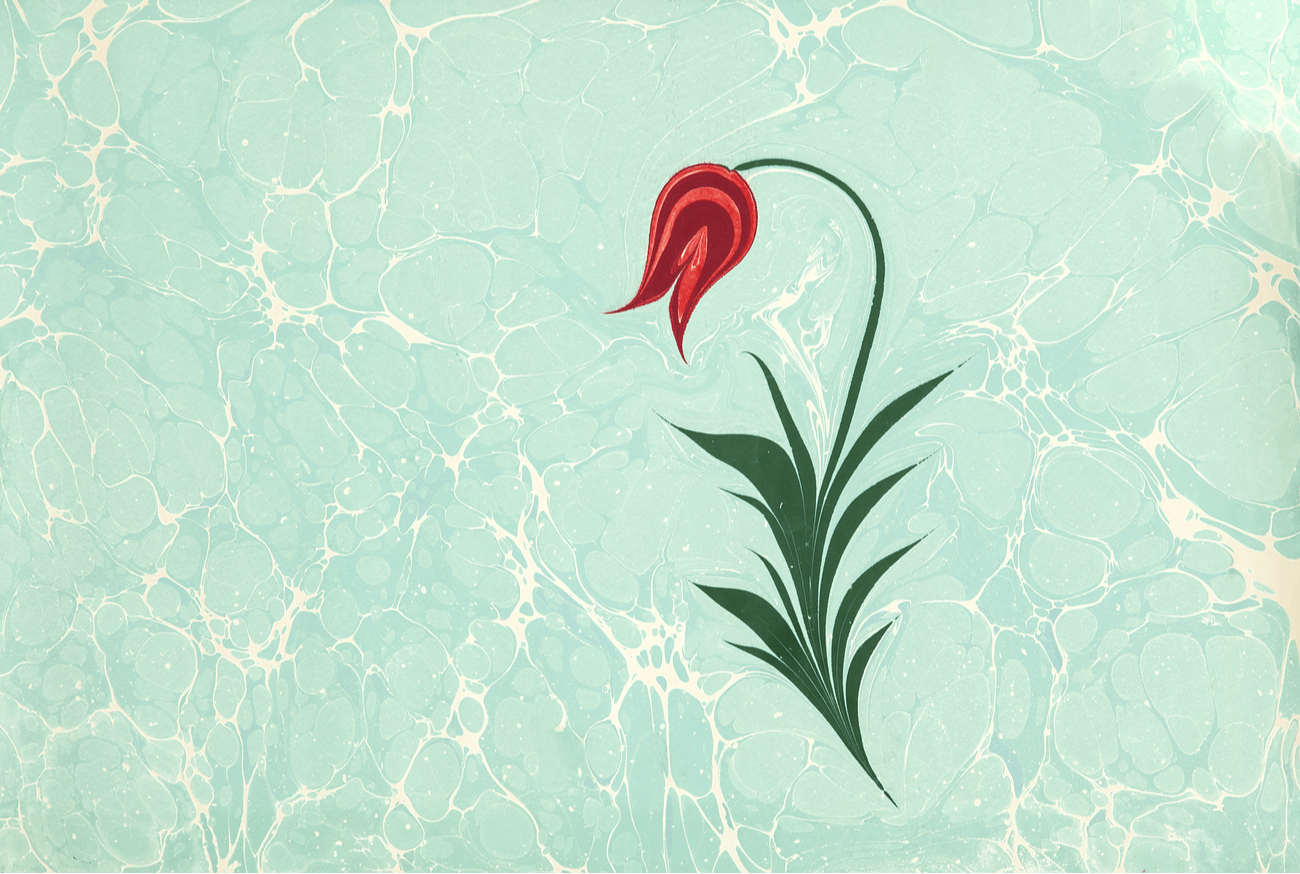 But have you ever wondered what is meant by beauty? Is beauty only found in the physical human face? What does it take to be called beautiful? After all, some might argue what looks beautiful to you might not look the same to me, that beauty is subjective. Yet again, the Quran says,

“(God) Who has beautified everything that He created.”

In the past, philosophers like Plato and Aristotle believe that judging beauty is derived rationally by which it is based on reasons. This is what is known as rationalism about beauty. Beauty, to them, is objective. Something is beautiful because it fulfils certain criteria or resembles some ideal form. It is beautiful due to the very qualities it possesses.

Thereafter, since the eighteenth century, many started to argue that judging beauty is immediate. What makes something beautiful is dependable on subjective pleasure. Studying the topic, to them, is studying the concept of taste. Hence, the emergence of the term aesthetic, a Greek term that meant sensory perception which has the same implication of immediacy carried by the term taste. Since then, beauty has been mostly understood to be subjective. Beauty is indeed in the eyes of the beholder. 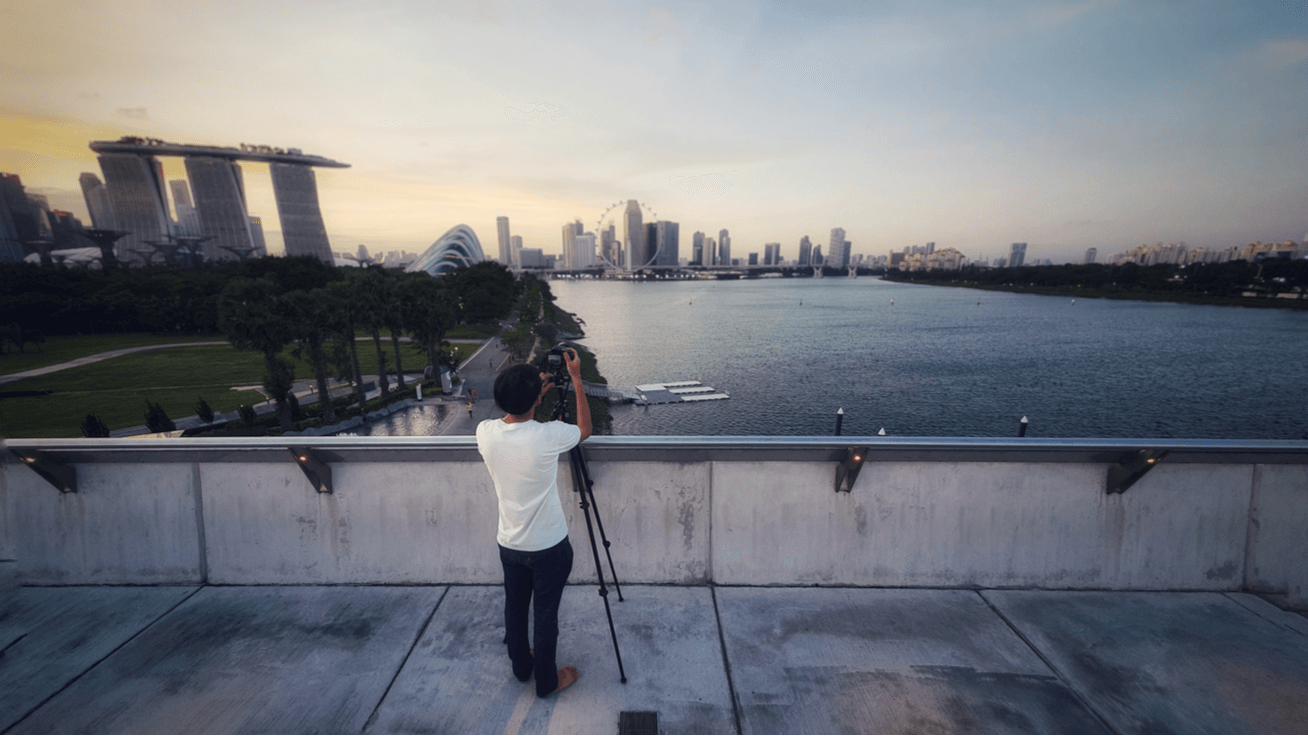 However, the idea of subjectivity in judging beauty does face certain issues. Thus, philosophers like Kant and Hume attempt to solve them via what has been known as ‘the antinomy of taste.’ The idea is that despite the judgment being immediate and subjective, more often than not, the perceivers of beauty tend to coincide in their reasons why they believe such and such to be beautiful.

As a result, philosophers differ in their understanding of beauty and its definition. Some even believe that beauty is not definable. Nevertheless, beauty is usually understood to be associated with the experience that evokes within humans the feeling of, among others, peace, pleasure, calm, elevation, or delight. Both nature and man-made artefacts, like paintings and music, are eligible to be described as beautiful.

Whereas the opinions brought by the philosophers and aestheticians may hold some truth, beauty in Islam, as you will see later in this writing, is more inherently similar to those of the earlier times’ understanding i.e., beauty is objective. In any case, according to one Muslim scholar named Raghib al-Isfahani, beauty is whatever humans find desirable and which results in humans being delightful. In defining beauty, he writes:

“Jamāl means great beauty (husn), and there are two aspects to this: the first is the beauty with which a person is characterised in soul, body or actions; the second is that which connects to something else. In this regard, it is related that the Prophet s.a.w said: ‘God is beautiful, and He loves beauty’, which indicates that all goodness comes from Him, so He loves those who are characterised by this goodness.”

He then classifies beauty into three different aspects:

Subsequently, when he discusses the term in detail, he primarily emphasizes the first kind of beauty which further entails spiritual and moral types of beauty. This first kind of beauty is the one that has been mentioned the most in the Quran. This shows how, ultimately according to Islam, the actual merit of beauty lies in the level of one’s righteousness. 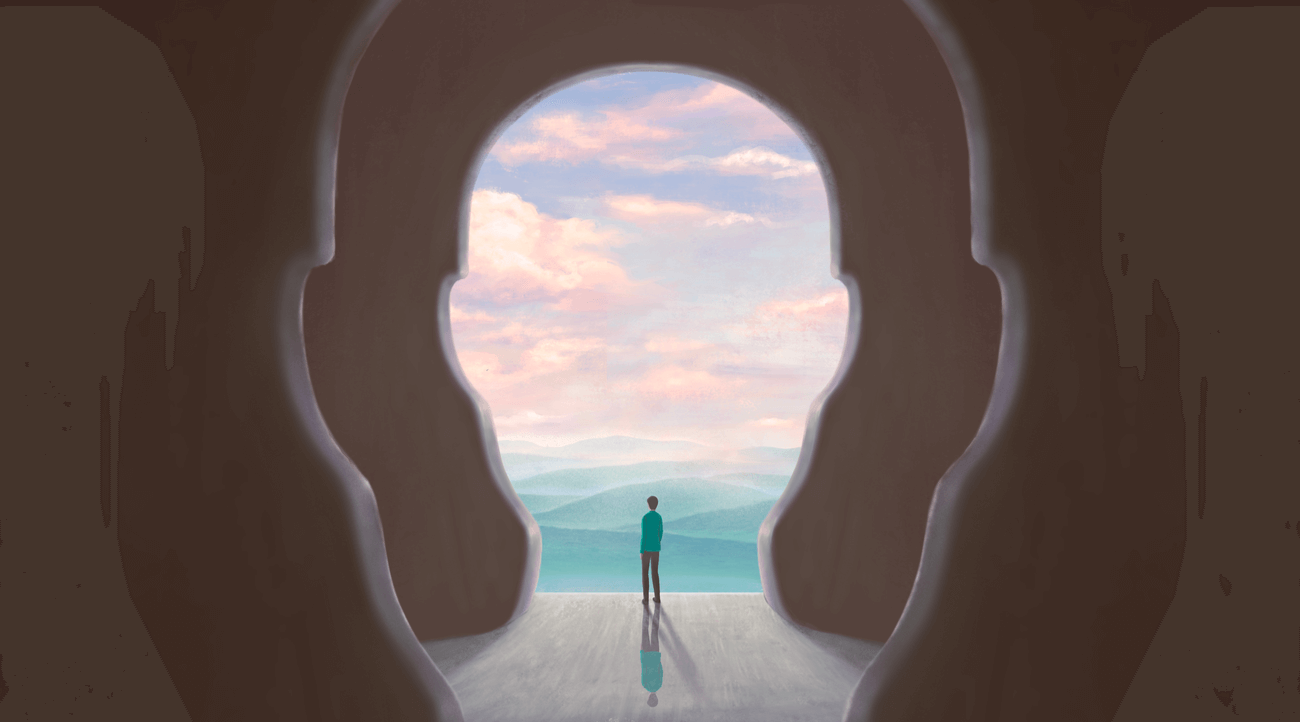 In fact, one term often used to describe beauty in Islam is the Arabic word husn. Interestingly, the term shares the same root word with another Arabic word Ihsān, which encapsulate beauty and excellence, aesthetic and ethical, and intellectual and spiritual.

This is not to say that our religion does not recognise beauty in the physical and material sense, it does. But what is more important is beauty in the moral and spiritual sense. Allah s.w.t says:

"Wealth and children are the embellishments of the worldly life, and the everlasting virtues are better with your Lord, both in rewards and in creating good hopes."

And in another verse, He s.w.t says:

"Those who obey Allah and the Messenger are with those whom Allah has blessed, namely, the Prophets, the Siddiqīn, the Shuhadā’ and the righteous. And excellent (beautiful) are they as companions."

This reminds me of a lecture I attended recently on purifying one’s heart. The teacher was sharing about how he, in contemplating one verse describing the beauty of Prophet Yusuf a.s, finds that one possible interpretation of the verse is not only about describing the Prophet’s physical beauty, but rather a beauty that which is manifested as a result of having a purified heart.

In the Quran, Prophet Yusuf a.s was described by a group of ladies, who accidentally cut their hands as they were astonished by the beauty of the Prophet a.s, to be a noble angel rather than a human.

When they saw him, they were so stunned (by his beauty) that they cut their hands, and exclaimed, “Good God! This cannot be human; this must be a noble angel!”

Whereas angels are known to be the most purified and righteous creations as they do not sin, the term 'noble' used to describe Prophet Yusuf a.s is known to be used for describing moral or spiritual beauty rather than physical beauty. This entails the possibility of interpreting the description of Prophet Yusuf a.s. by the group of ladies to be referring to his spiritual beauty as well. 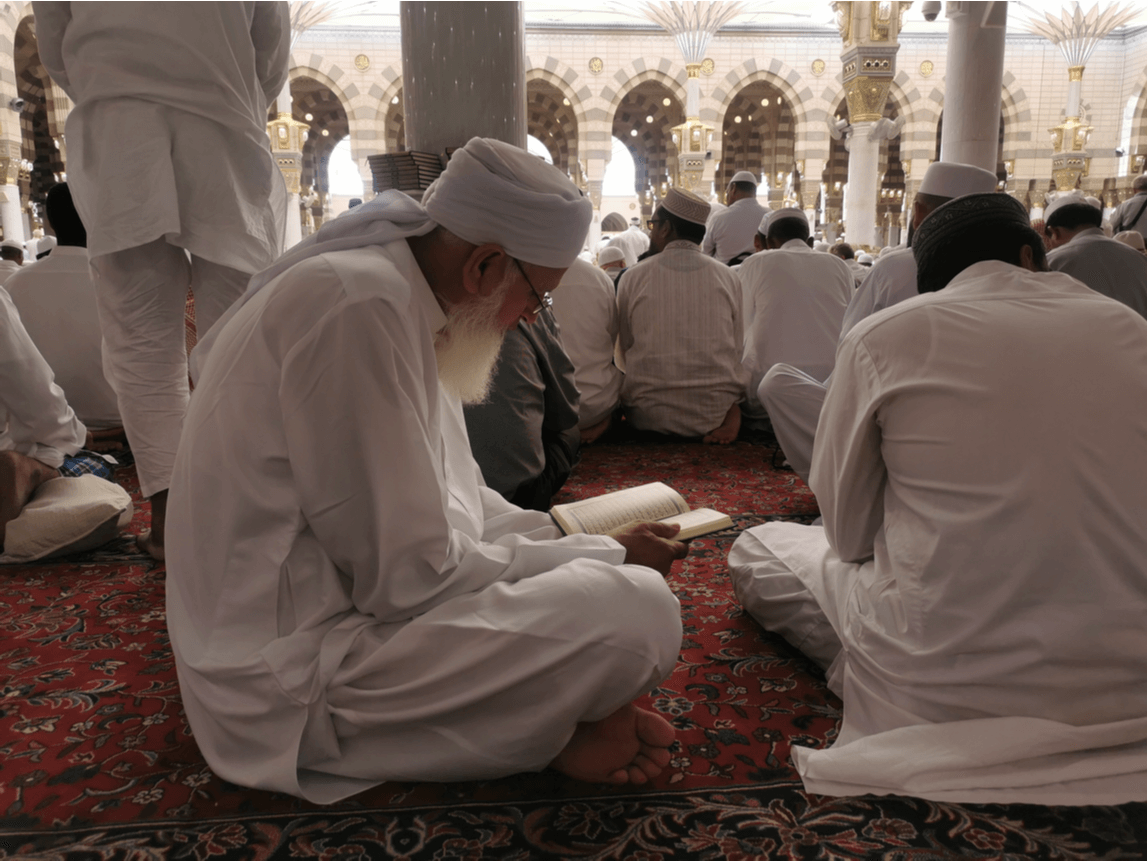 Similarly to this regard is the saints of Allah s.w.t, His awliyā’. Anyone who had the opportunity to meet them usually describes them to be beautiful and that they emanate a sense of warm radiance - A beauty that is to be understood spiritually. When meeting these men, one experiences inner peace, calmness. More importantly, meeting anyone who is righteous (Sālih) and has good character would often leave us with a moment of remembrance of the Most Beautiful, that is our Creator, Allah s.w.t and His most beautiful creation, our beloved Prophet Muhammad s.a.w - who has been described to be more beautiful than the moon and, on another occasion, as though the brightness of the sun had shone from his face.

Verily, every single one of us has the ability to become beautiful in this respect. In fact, we are commanded to become so. Prophet Muhammad s.a.w was sent to us to perfect the beauty of our character. Consequently, not only that we shall acquire beauty, we may likewise start seeing beauty everywhere. As one poet used to say:

O complainant,
what is your ailment?
Imbibe beauty
and you will see beauty everywhere.

After all, as mentioned by Allah s.w.t: “(God) Who has beautified everything that He created.”

In beautifying one’s character, people around him or her might start to find him or her physically beautiful as well. As Dr. Tornambe, an American plastic surgeon, writes, “The quirks or qualities of someone's personality can enhance or detract from their physical beauty.”

Beauty in Our World Today

True beauty as I have written in this article should drive us closer to Allah s.w.t. In this manner, beauty should be able to unite rather than divide. Unite in the sense that, despite our differences, upon noticing the beauty which scatters everywhere on Earth, it should yet again direct us to Him, the One. As beauty, from the Islamic perspective, has been always a sign which supposedly should lead us to the Divine. But in today’s world that is hardly the case.

In reality, despite having physical or material beauty being promoted everywhere, the world is devoid of the beauty that has been highlighted the most in our religion i.e., the moral and spiritual beauty. Earth is rather full of wars, hatred, intolerance, and injustices, just to name a few. Not that the Earth is not beautiful, but its denizens who, as a result of their own egos, turn it into somewhat ugly. Indeed, this is a reminder to myself as I am likewise its denizens. Akin to this is the cause of the disappearance of Islamic art today. Dr Ogunnaike writes:

“The loss of the Islamic arts is also deeply connected with the rise of extreme sectarianism, the atrophy of the imaginal faculty, and the overall difficulty perceiving unity in diversity.”

If only we strive more to beautify our characters and hearts, I believe beauty, as conceptualised by our religion, will start to become more apparent. The light that is emitted from beauty will be radiated everywhere. Love, peace, and calmness will become the norm. How beautiful life on Earth will be. Truly, it will be. God willing. 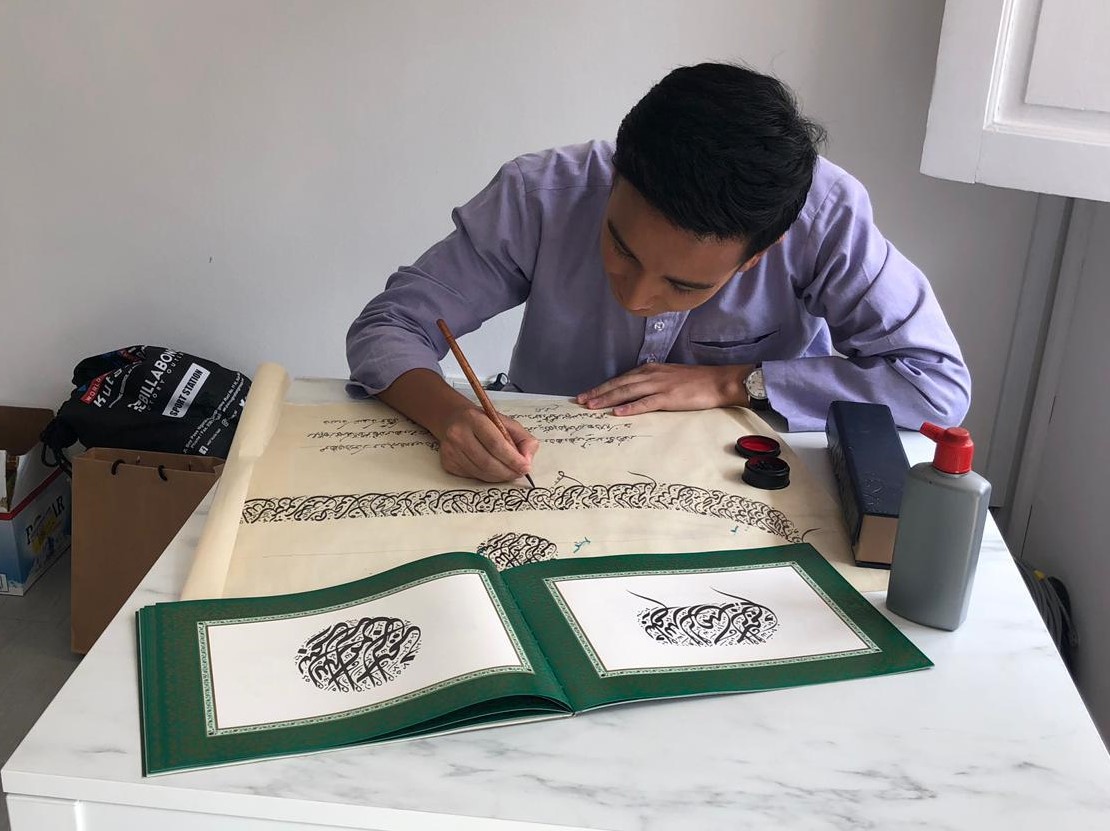 James, Shelley. “The Concept of the Aesthetic .” Stanford Encyclopedia of Philosophy, 2020, https://plato.stanford.edu/entries/aesthetic-concept/#AesAtt.