What Does Islam Really Say About Muslim-Christian Relations?

The elemental relationship between Muslims & Christians is co-existence. It stands on the basis of humanity which brings us together in spite of our different religious views. On top of that basic human principle, Islam teaches us to build our relationship on the basis of justice and kind deeds.
by Ustaz Muhammad Abdul Mateen Bin Hisham 2021-01-29 • 16 min read
Upon graduating from Madrasah Aljunied Al-Islamiah, Ustaz Mateen pursued his studies at Al-Azhar University completing his degree in Islamic Theology, specialising in Creed and Philosophy.
2021-01-29 • 16 min read

What Does Islam Really Say About Muslim-Christian Relations?

The Muslim-Christian relation is not a new phenomenon in the Islamic Tradition. The Prophet p.b.u.h. interacted with Christians before and after he received his revelations.

When Prophet Muhammad p.b.u.h. received the first revelation, he was petrified and perplexed. The Prophet’s wife, Khadijah r.a, brought him to see Waraqa, a Christian monk who later observed the resemblances between the revelation experienced by Prophet Muhammad and Moses. During a time when the Prophet was unsure what was happening to him and wondered if he was possessed, Waraqa gave him reassurance and expressed how he hoped to live to see the day when the revelation of Islam was complete.

Islam and Christianity do share some mutual grounds. Both religions are branches of the Abrahamic faith. Christians, like Muslims, are in fact considered to be the other main group of The People of the Book or “Ahlul Kitab”. Ja’far Ibn Abi Talib, the cousin of the Prophet p.b.u.h, was chosen to represent the first group of emigrants to Abyssinia and explained Islam to the Christian king Negus. When Ja’far recited the first part of Surah Maryam from the Quran, the king identified both religions to be coming from the same source of light.

When the charter of Medina was broken, the relations between Muslims and Jews, the other group of The People of the Book, were strained.  This did not result in the cutting of ties with the entire Jewish community, but rather with only specific Jewish tribes.

Despite the theological and political discord between Muslims and non-Muslims, the Prophet continued to show respect to other faiths. The gaps that shape our differences should not lead us to disconnect with one another, or worse, fight with each other.

“O humankind, indeed We have created you from male and female and made you peoples and tribes that you may know one another. Indeed, the noblest of you in the sight of Allah is the most righteous of you” 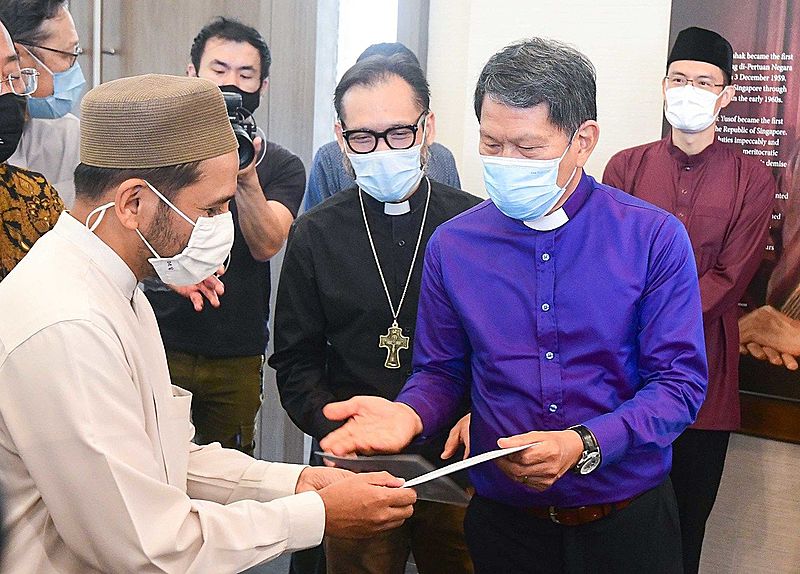 The fundamental principle of our relations with non-Muslims

Some groups have prejudiced views that the relations between Muslims and non-Muslims are based on hostile perceptions until proven otherwise. This is based on some verses of the Qur’an that address issues pertaining to specific conditions - when living in a state of warfare or in any non-peaceful state. An example is a verse in Surah Al-Baqarah:

“..And they will continue to fight you until they turn you back from your religion if they are able..”

The cause of this confusion is the over-generalization that all non-muslims are one monolithic group or that they are always intending to wage war on Islam. The solution to this incomplete conception towards people of other faiths is by reading other verses of a similar theme in the Quran. One such is the verse:

“Allah does not forbid you from those who do not fight you because of religion and do not expel you from your homes - from being righteous toward them and acting justly toward them. Indeed, Allah loves those who act justly. Allah only forbids you from those who fight you because of religion and expel you from your homes and aid in your expulsion - [forbids] that you make allies of them. And whoever makes allies of them, then it is those who are the wrongdoers”

Hence, it is a duty for Muslims to treat others fairly and to do good to others, regardless of their religious inclinations. This is the case as long as others do not oppose them with hostility or with the intention of taking up arms. 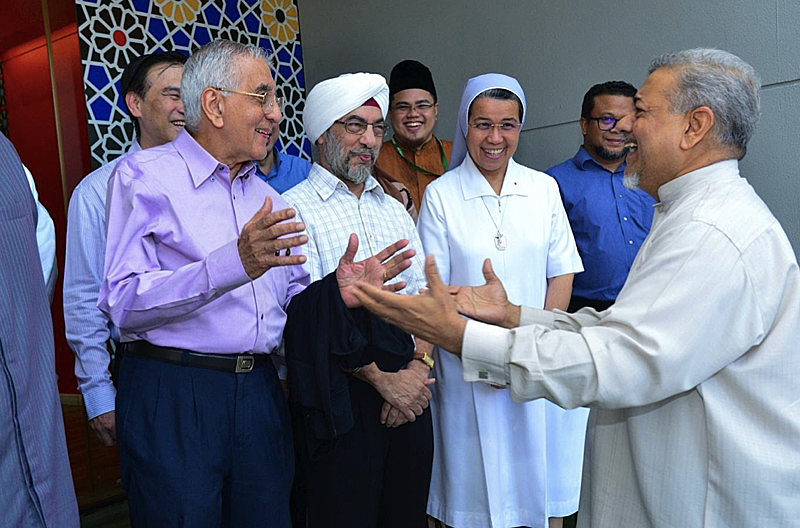 Al-Mut’im bin ‘Adiy, who was not a Muslim, along with a few other people took the initiative to help end the Meccan boycott against the starving Muslim community at that time. He was also the one to take the Prophet p.b.u.h. under his protection in Mecca when the people of Taif rejected his call to the divine message and support. The Prophet p.b.u.h. also had continuous good relations with the Christian king Negus of Abyssinia. These are historical pieces of evidence that dismiss the over-generalisation of non-Muslims to be in only one category in the Quranic narrative.

The elemental relationship between Muslims & Christians is hence co-existence. It stands on the basis of humanity which brings us together in spite of our different religious views. The Prophet p.b.u.h. said:

"All of you are descendants of Adam, and Adam was created from dust (earth)”

On top of that basic human principle, Islam teaches us to build our relationship on the basis of justice and kind deeds. Allah SWT says in the Qur’an:

“Allah commands justice, doing good, and generosity towards relatives and He forbids what is shameful, blameworthy, and oppressive. He teaches you, so that you may take heed”.

In fact, Islam also acknowledges some unique relations with The People of the Book in comparison to people of other faiths. This includes the necessity to respond in the best way possible without actually limiting the means of what is possibly the best. Allah SWT says in the Qur’an:

“And do not argue with the People of the Scripture except in a way that is best, except for those who commit injustice among them, and say; We believe in that which has been revealed to us and revealed to you. And our God and your God is one, and we are Muslims [in submission] to Him.”

Ponder upon the eloquence of the verse in conveying to The People of the Book. The verse speaks about withdrawing from the point of dispute and bridging our differences. The method of such a concept starts from coming together with what is agreed upon rather than focusing on debates and differences. This is so as long as they do not commit injustice or abuse.

Islam teaches us to cultivate a guided and positive environment. This can also be seen in one of the letters from the Prophet p.b.u.h. that was sent to the Roman-Byzantine Emperor Heraclius. It ended with verse 64 from Surah Aal-Imran;

“Say, O People of the Book, let us arrive at a statement that is common to us all: that we worship God alone, we ascribe no partner to Him, and none of us takes others beside God as lords“

The Muslim community faced harsh treatments from the Meccan society in the earlier period of Islam. The Prophet p.b.u.h. then allowed the migration of some companions to Abyssinia, a Christian country that practised justice, offered protection and allowed religious freedom.  The Prophet maintained good relations with the just Christian King Negus by later exchanging letters, accepting gifts and celebrating each other’s respective victories.

After successfully migrating to Medina, 40 Companions decided to leave for Medina, while around 50 to 60 chose to stay in Abyssinia instead. This was due to them being able to settle down in a country where they found comfort even amongst the majority of non-Muslims.

Today, the world has become more connected due to technological advancement that has brought in super-efficient transportation and communication platforms, a phenomenon that allows cross-cultural opportunities around the world. This, however, also means vulnerability to the spreading of some dangerous ideologies.

Hence, Al-Azhar has been working together with other religious institutions and especially the Vatican, one of the largest religious authority, to tackle these issues by showing unity in upholding to universal values and strengthening religious relevance in this time. 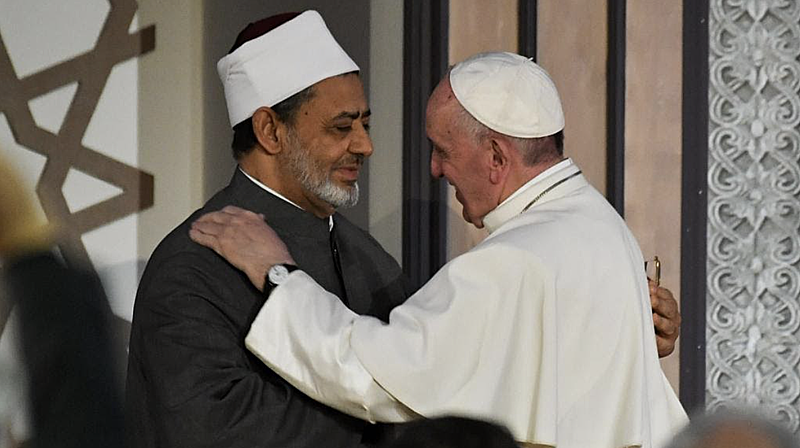 In October 2018, both the Imam of Al-Azhar Shaykh Ahmed El-Tayyeb and Pope Francis expressed their concerns regarding some religious issues and agreed to collaborate for more peace efforts and dialogues in the near future. This is another good example of a good Muslim-Christian relationship that chooses peace over conflict.

Read “We will always be stronger than the forces that seek to divide us”: Muslim, Christian leaders reaffirm friendship after news broke on planned terrorist attack on Singapore mosques

Social interactions between Christians and Muslims

In the more communal aspect of this relationship, co-existing with Christians would also mean accepting to live alongside their celebrations that are a part of their faith. On the other hand, this does not necessarily mean accepting their beliefs as part of ours.

What is meant here is having good social interactions with Christians without breaching the boundaries of our Faith, i.e. using words or actions that do not contradict with the basic Islamic Creed and not agreeing to subscribe to their belief system.

In fact, acts of kindness are encouraged. In the Contemporary Irsyad Series issued by the Office of Mufti, it is shown further the permissibility of exchanging greetings, wishes and gifts with people of other faiths. This is also the view of scholars such as Shaykh Abdallah bin Bayyah and the Mufti of Wilayah Dr Zulkifli Mohamad Al-Bakri. 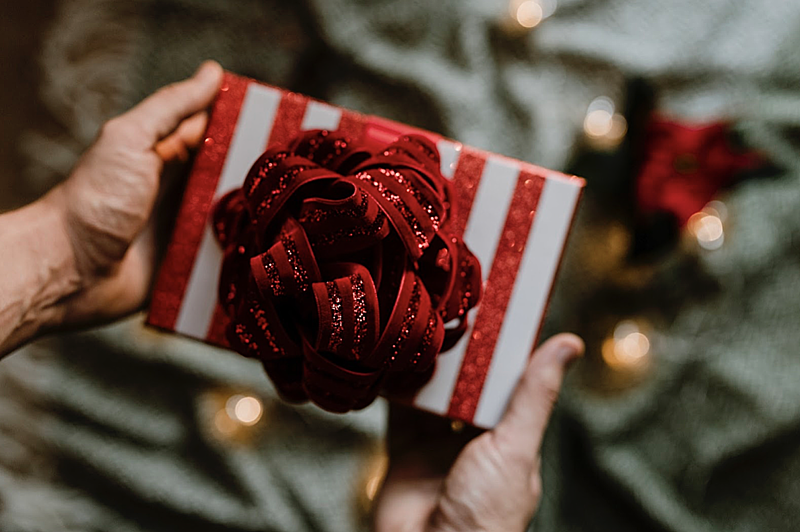 What’s prohibited is expressing words that will lead to the disbelief of the Islamic Tenets or partaking in the ritual acts of other religions as a sign of subscribing to their beliefs. Just as it is important to be clear with the intent of our actions, it is also important to identify the purpose of the event or the celebration.

Christians celebrate the birth of Jesus annually on the 25th of December. The date of his birth, however, is disputable even amongst Christian sect-divisions. Muslims are allowed to wish his Christian neighbours in celebration of Jesus’ birth without actually condoning their beliefs.

Jesus the son of Mary is one of the Prophets of Islam that received one of the highest stations, the station of Ulul ‘Azmi the Resolute Messengers. Born from Mary, a pious and chaste virgin who devoted herself entirely in worshipping Allah SWT, his birth was indeed a miracle. It is an obligation for Muslims to believe in and to submit to the greatness of Allah SWT, The One who wills and be.

“In God’s eyes Jesus is just like Adam: He created him from dust, said to him, ‘Be’, and he was”

Islam is a continuity of the message sent by the Prophet Jesus to the children of Israel. Abu Huraira reported: The Messenger of Allah, peace and blessings be upon him, said, “I am the closest of the people to Jesus the son of Mary in this life and in the Hereafter.” It was said, “How is that, O Messenger of Allah?” The Prophet said, “The prophets are brothers from one father with different mothers. They have one religion and there was no other prophet between us.” [Sahih Al-Bukhari:3258]

Wishing Christmas to non-Muslims with the intention of maintaining good ties is advocated in the religion. By taking the first step of kindness to create a good social atmosphere, this can be considered as one of the means of calling to the religion of Allah, through good manners. May Allah SWT preserve peace in our country for generations to come.