The Value of Sacrifice in Islam There is an Arabic saying which is regarding matters of seeking knowledge: “If you do not give knowledge your all, do not expect to gain some of it”. Upon hearing this advice being passed on from our teachers, one cannot help but wonder how much one has to offer in the journey to seek a valuable treasure. What qualifies as effort in this seemingly difficult exchange? How much time? How much money? How much self-preservation should be maintained in the name of sacrifice?

Abu Bakar risked his life for the Prophet s.a.w. countless times. He was there by the Prophet’s side throughout the journey, looking left, right, front and back, in case an arrow was to be shot from any direction or if an enemy were to ambush from an unknown location.

Upon reaching the cave of Thur to seek refuge, Abu Bakar went inside, braving the unknown, to ensure the safety of the Prophet s.a.w. He sacrificed his safety, comfort and well-being for the person he loved most and the cause that he so believed in.

Prior to that moment, Ali r.a. also put his life on the line and acted as a decoy to draw away the attention of the people who intended to kill the Prophet. Even before the Prophet s.a.w. stepped out of Makkah, hundreds of believers planted firm resolve to proceed first with a decision that would change their lives too. This was a sacrifice in its own right.

What is the value of sacrifice? 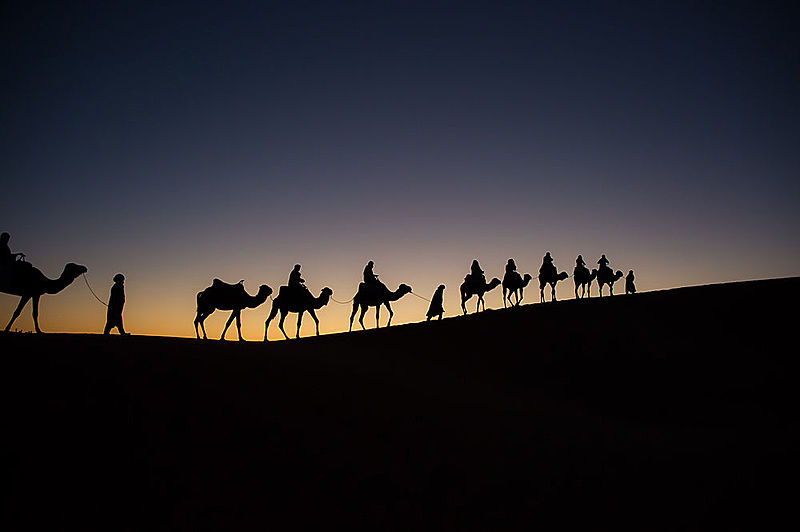 The story of Hijrah is one that we never get tired of, year in and year out. However, this world-changing event would not have happened if not for the commitment of many and the leadership of a great man. This man gave his all for those who lived in his era and those that came after him. The Prophet s.a.w. went through hardship and loss for something that was bigger than him and his people. Today, we wholeheartedly feel the enormity of the valuable outcome.

The meaning of the word ‘sacrifice’ is often associated with the loss of something valuable. However, the true value of sacrifice may not resonate as strongly for the one making the sacrifice until fruits of their labour are seen or manifested.

For example, a father or mother works and ignores rest, just to ensure that the family is able to strive on. A single parent goes through burnout and fatigue that eats away from within just to ensure the well-being of the child. A teacher spends time away from his or her own children to shape the development of other children. An entrepreneur gives away profits to a local fundraiser so that, eventually, the community is able to prosper. Here, when the fruits of the sacrifice are finally reaped, the value of what was contributed in terms of effort, time and money will finally be brought to light. It is when the family is able to live well, the child is able to grow up successful, the students become beacons of society and the community progresses and develops beautifully that we recognise the pricelessness of sacrifice.

There are times though where we do not get to relish the results of our blood and tears. Although the reward or the goal might determine the value of sacrifice, we can also determine so by the sacrifice itself that we have paid for or the effort that it has cost us. The German philosopher Friedrich Nietzsche once said: ‘The value of a thing sometimes lies not in what one attains with it, but in what one pays for it - what it costs us’. Life is a matter of choices, they say, but some are just compelled to perform duties that take a toll on them because of love, responsibility or accountability and this should also be valued.

Despite the nobility of what sacrifice can present, it cannot be denied that this act can either be for good or for bad. Sacrifice is usually tied to a strong purpose or a justifiable end but Man cannot be separated from the possibility of selfishness and a warped sense of justice. Therefore, it is always advisable that we tie strongly the meaning of what we search for, and in every action that we do to Al-Hakim, The Most Wise, and Al-Aziz, The Most Just. Allah mentions in the Quran:

“O you who have believed, shall I guide you to a transaction that will save you from a painful punishment? [It is that] you believe in Allah and His Messenger and strive in the cause of Allah with your wealth and your lives. That is best for you if you should know. He will forgive for you your sins and admit you to the gardens beneath which rivers flow and pleasant dwellings in gardens of perpetual residence. That is a great attainment.”

One strives in Allah’s cause to attain paradise and mercy and avoid punishment. This is undoubtedly a high purpose a believer can seek. The means to sacrifice one’s wealth and life as per mentioned in the verse however are many. One might just possibly misinterpret verses from the Quran or hadith and end up sacrificing more than he/she ought to. It is even worse if the sacrifice that one makes does not fulfil the transaction that Allah has promised, making the sacrifice invalid.

The possibilities of invalid sacrifices can be due to 1) endangering the lives and well-being of others while performing what we assume is correct. 2) It could also be deeds that outwardly are done for Allah but the human heart thirsts for the praise of others or 3) A believer can perform with utmost sincerity but with little knowledge, the deeds are unfortunately performed wrongly. Hence, it is important to always seek knowledge from a teacher and perhaps, have a companion that can stay with you through thick and thin for the sake of Allah. An important guideline to take note of is that the ability to perform sacrifices varies from person to person. Even the companion Umar r.a. could not compete with what Abu Bakar r.a. did. This happened when he donated half of his wealth only to find out that Abu Bakar had donated all of his wealth, as mentioned in a hadith narrated by Imam At-Tirmizi. Umar did not go to the extent of donating the other half of what he had because he knew the limits to what he was capable of.

However, he did what he could, to the utmost of his ability, which others might not be able to compete with. This shows us how vital it is to always reflect on the deeds that we offer and the sacrifices that we are accountable for and ensure that we always do our best with what we have.

There is no replay button in life. You could view life as one big adventure with different journeys taking place at several points in time. The journey for knowledge as mentioned is one that probably stretches throughout life while moving in parallel with other journeys (of adulthood, career, the upbringing of family, etc.). 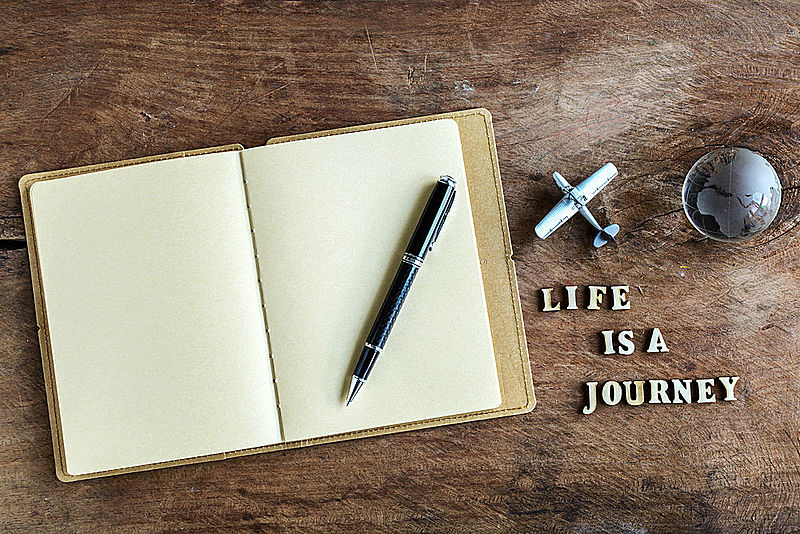 There is a reward for each journey that we go through, even if it is filled with the mundanity or stress of our daily lives. The Prophet s.a.w. promised this in the hadith of Hijrah that:

The routine that we go through as believers and the sacrifices that we make does not necessarily beget the results that we want. With the right intentions, the comforts of paradise will be waiting at the end of our seemingly long, arduous journey.