Racism Has No Place in Islam

What does Islam say about racism?

Recent months have seen several racism-related incidents that went viral on social media and received coverage by mainstream media outlets. Incidents such as the video of a woman making negative comments towards individuals of a minority ethnic group, a man making negative remarks towards a couple of different ethnicities and a lady beating a gong loudly while her neighbour of a minority ethnic group was performing religious rituals in front of his house.

The incidents have triggered a debate among Singaporeans about the realities of inter-ethnic relations in Singapore.

More than ever, it is important for minority Muslims in a secular, multi-cultural and multi-religious country to contribute constructively to the debate on faith, identity, and racism.

This article begins with a short description of the meaning of ethnic/race identity for individuals and its relationship with racism from a social science perspective. It then follows with the writer’s perspective on Islam’s standpoint on them.

The meaning of identity and racism

Identity and racism are two related terminologies within the study of social sciences.

Identity refers to qualities and characteristics that become important parts of a person such as being man/woman, father/mother, husband/wife, Malay, Muslim, Singaporean or it could pertain to a profession such as medical doctor/architect/engineer.

Although most social science scholars regard identity as a construct, that is not innate, they also recognise that no person is free from it. They confirm that a person is not made up of a monolithic singular identity. On the contrary, a normal person would always have to navigate multiple identities simultaneously in life, although they are not necessarily of the same degree of importance.

For example, Ali has three identities simultaneously - as a Malay, Muslim and Singaporean, but one is more important than the others and has a greater influence on his behaviours and life decisions, especially when the interest of the three identities clashes. 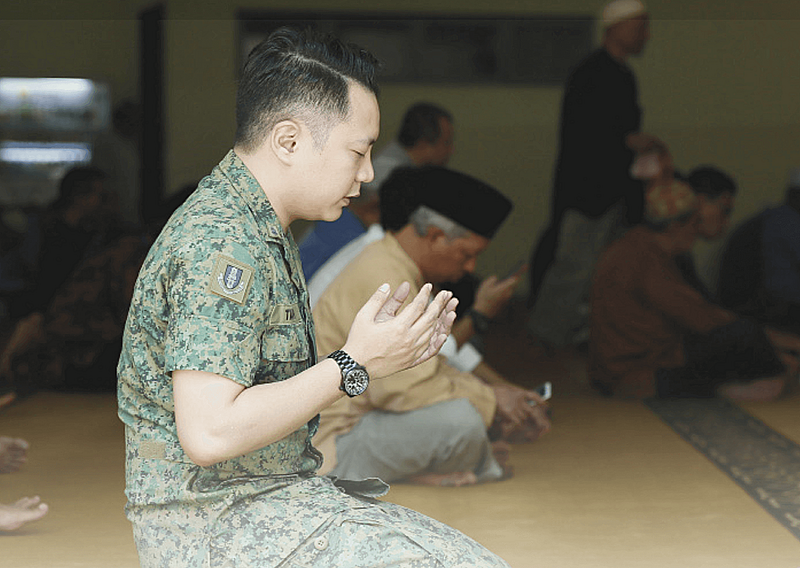 Photo credit: Contemporary Irsyad Series by Office of the Mufti

Racism, in social studies, on the other hand, is defined in the Cambridge Dictionary as, “the belief that some races are better than others, or the unfair treatment of someone because of his or her race.”

In today’s context and within social studies, racism carries a negative connotation and this is the racism that this article also refers to.

In social studies, racism is a subset of identity because it can only exist when a person chooses to be identified with a certain race which then manifests itself in a racially superior attitude towards others.

There is scriptural evidence that Islam recognises a person’s need for identity.

“O men! Behold, We have created you all out of a male and a female, and have made you into nations and tribes so that you might come to know one another.  Verily, the noblest of you in the sight of God is the one who is most deeply conscious of Him. Behold, God is All-Knowing, All-Aware.”

Three points could be deduced from the above verse in relation to the topic discussed.

Firstly, having a collective identity i.e. an attachment to an ethnic group is a part of the divine plan for humankind.

Secondly, God allows diverse ethnic, tribal and community identities to exist at the same time for a positive reason – “so that you might come to know one another.” However, knowing each other should not be understood as a mere exchange of information. More accurately, it should mean to learn from and to establish cooperation that would benefit each other for the progress of humankind. 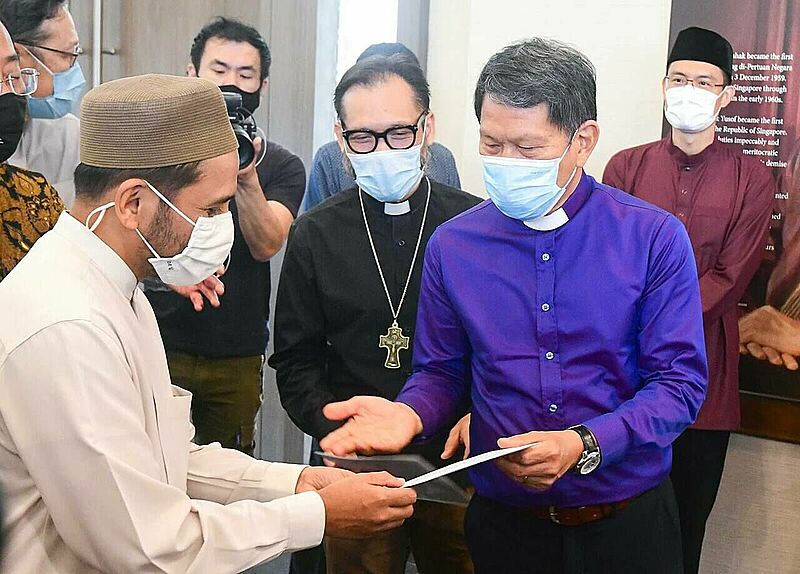 Thirdly, Islam does not prohibit Muslims from having a collective identity such as Malay or Javanese because such identities exist by God’s plan and for the benefit of humankind.

These points are supported by the fact that the Prophet did not prohibit his companions from using their tribal surnames behind their name as commonly practised by Arabs before Islam. Examples include Abu Musa Al-Asy`ari (from Asy`ar tribe), Salman Al-Farisi (the Persian), Suhaib Al-Rumi (the Roman) and Abu Zar Al-Ghifari (from Ghifar tribe). Many great Muslim scholars also had similar titles behind their names. Some of them were known more by their tribal surname than their actual names such as Imam Al-Bukhari (the Bukharan) and Imam Al-Qurtubi (the Cordovan).

Islam abhors racism. This is based on the following points derived from verses of the Quran:

1. The Quran’s command to uphold justice even if it is against one’s self, parents and close relatives

“O believers! Stand firm for justice as witnesses for Allah even if it is against yourselves, your parents, or close relatives. Be they rich or poor, Allah is best to ensure their interests. So do not let your desires cause you to deviate (from justice). If you distort the testimony or refuse to give it, then (know that) Allah is certainly All-Aware of what you do.”

or in favour of one’s enemy, as per the verse

O believers! Stand firm for Allah and bear true testimony. Do not let the hatred of a people lead you to injustice. Be just! That is closer to righteousness. And be mindful of Allah. Surely Allah is All-Aware of what you do.

whereas racism calls for favouring one’s own ethnic or racial group at the expense of others.

2. The Quran prohibits looking down and insulting other ethnic groups while racism, on the other hand, condones them.

3. The Quran prohibits self-righteousness, while racism does not

“So do not (falsely) elevate yourselves. He knows best who is (truly) righteous.”

4. The Quran regards taqwa (God’s consciousness) as the basis of a person’s value

“O humanity! Indeed, We created you from a male and a female and made you into peoples and tribes so that you may (get to) know one another. Surely the most noble of you in the sight of Allah is the most righteous among you. Allah is truly All-Knowing, All-Aware.”

And the Prophet denied one’s superiority based on lineage and skin colour as reported in a hadith,

(Narrated by Ahmad and Al-Baihaqi)

5. Racism promotes abhorred arrogance and supremacy which characterised Iblis when he refused to prostrate to Adam as commanded by God as in the Quran

He (Iblis) replied, “I am better than he is: You created me from fire and him from clay.”

When love and having pride in one’s collective identity (i.e. ethnic group, family, race) is accompanied with the above points, it is known as extreme “asabiyah” which the Prophet warned against in a hadith,

“…One who fights under the banner of a people who are blind (to the cause for which they are fighting, i.e. do not know whether their cause is just or otherwise), who gets flared up with family pride, calls (people) to fight for their family honour, and supports his kith and kin (i.e. fights not for the cause of Allah but for the sake of this family or tribe) - if he is killed (in this fight), he dies as one belonging to the days of Jahiliyyah…” 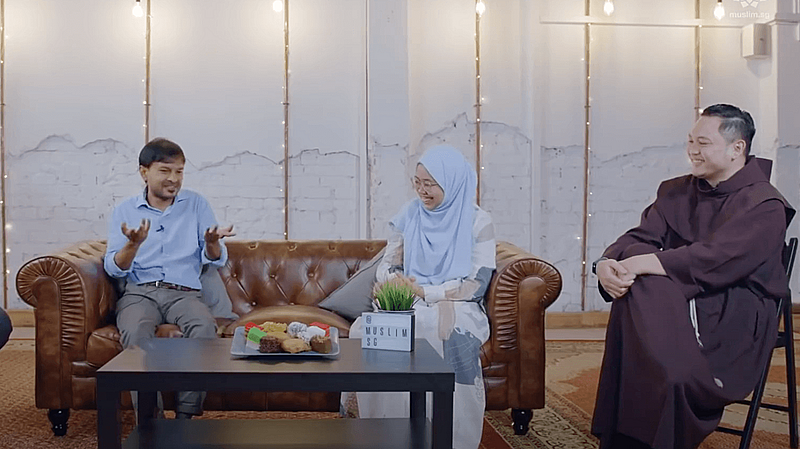 Muslims must avoid racism because it contradicts Islamic principles, even if they have experienced ill-treatment and injustices due to their race, skin colour or religion.

In fact, Muslims must stand up against racism regardless of whether the victims are Muslims or non-Muslims. However, a Muslim’s response to racism must be measured; a) in accordance to the rule of law, b) civil (non-violent) and c) not with racism too. The latter does not fall under the meaning of the verse

“And if you punish (an enemy, O believers), punish with an equivalent of that with which you were harmed.”

While the verse allows Muslims to retaliate to act of evil, Islam restricts the response to what and in the manner that is permissible only. Thus, Muslims cannot commit racism in response to racism.

Our faith tradition teaches us to value and respect others. Let us continue to build a peaceful society where people of different races, ethnicities, cultural and religious backgrounds can co-exist as one.