How to Pray When You Are Travelling on a Plane 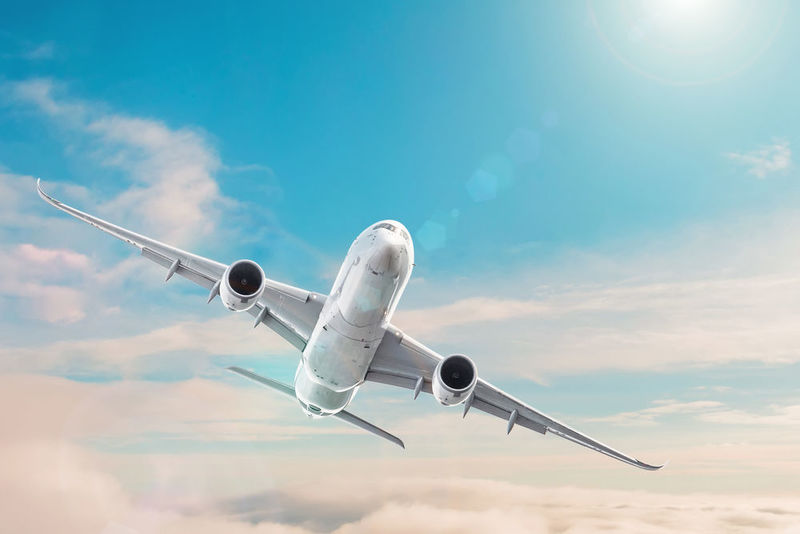 Every year, we look forward to the month of December. For working adults, this is the perfect time to clear our annual leave, take a break from our work and perhaps, go for a short trip or two to appreciate the beauty of the world.

For parents, the long school break is also the best time to bond with their children. They can spend quality time with their family by visiting other countries and learning about its people, social norms, culture and beliefs.

Whatever reasons our travel may be, we are encouraged to accompany our trips with the intention of learning. The Messenger of Allah s.a.w. said,

“Allah makes the way to Paradise easy for him who treads the path in search of knowledge.”

As Muslim travellers, while we are enjoying our vacation, we should still make prayers our topmost priority. Praying is the most basic form of showing gratitude to our Creator, who has granted us the wealth, time and health to travel.

Alhamdulillah, we often witness our fellow Muslim brothers and sisters fulfilling their religious obligations (i.e prayers), whenever they have the chance, especially during transits at airports or Rest and Recreation (R&R) pit stops along the highways. However, have we ever wondered how can we perform our prayers during long-haul flights that have no stopovers?

Conditions and essentials for prayer on a plane to be valid:

As we all know, part of the conditions (Syarat) to validate our prayers are: i) covering the Aurah; ii) facing the Qiblah, and iii) praying during the times of prayer.

1) Facing the Qiblah while on a plane 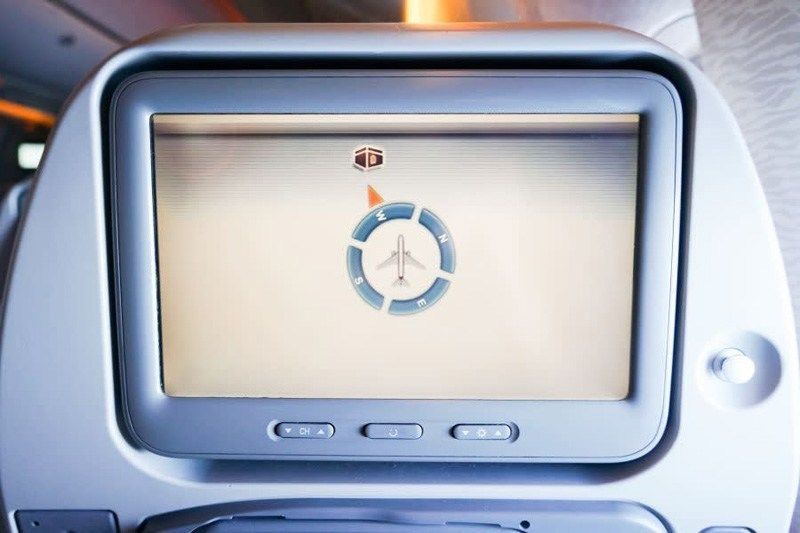 Scholars agree unanimously that the five obligatory (Fard) prayers should be performed whilst facing the Qiblah from the ‘Takbiratul ihram’ to the ‘Salam’.

However, if one is in a moving vehicle such as a ship, train or plane, he must make the effort to face the Qiblah to the best of his ability, and find the most suitable location to pray. If there is ample space or a wide area for one to perform his prayers, it is obligatory to face the Qiblah and carry out the prayer as per normal (i.e. with Ruku’, Sujud, etc) as much as possible.

However, if there is no space or if the space is too narrow for one to perform his prayers, one still has to face the Qiblah during the ‘Takbiratul ihram’ and continue performing his prayers facing any direction afterward.

2) Standing or sitting while praying on a plane 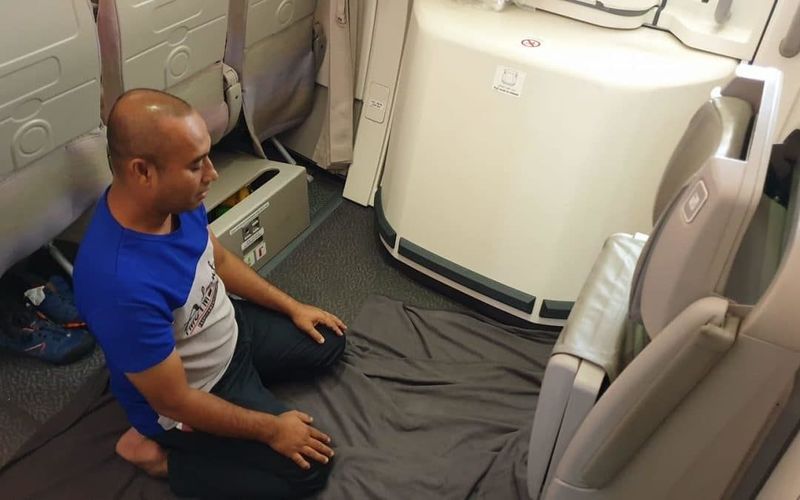 As far as you are able to, it is better for you to stand in prayer, even while you are on a plane. However, if it is not possible for you to do so because of dire circumstances such as space constraints or it is dangerous to do so because the plane is unstable, you may sit instead.

‘Imran Bin Husain narrated that the Prophet s.a.w. said to him:

“Pray while standing and if you can’t, pray while sitting and you cannot do even that, then pray lying on your side.” 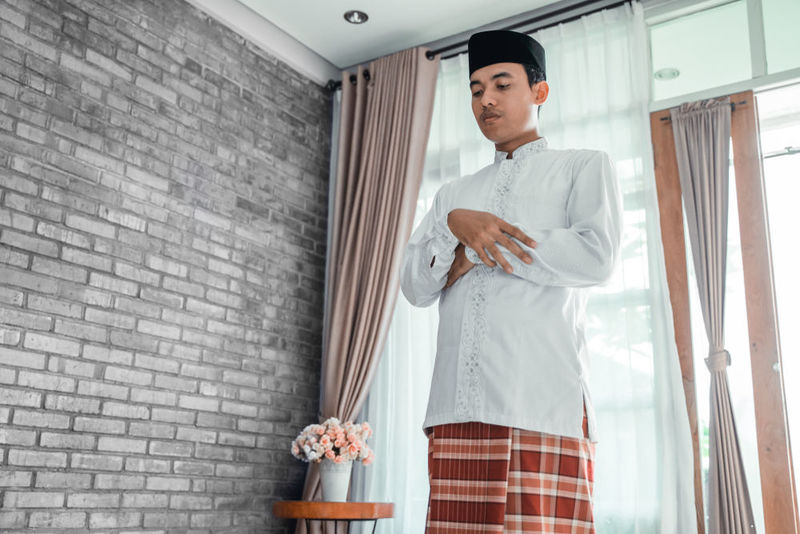 There are TWO opinions from scholars. The Syafi’ie School of Jurisprudence (Mazhab) states that if one is unable to perform his prayers as per the norm (i.e. facing the Qiblah, standing, ruku’, sujud, etc.), he or she needs to perform the prayers again (Qada’) upon arriving at his or her destination.

It was reported that Jabir bin ’Abdillah r.a. said:

“Rasulullah s.a.w. prayed (the Sunnah prayers) on his riding camel (moving vehicle) traveling to wherever he was traveling to. However, when he wished to perform his Fard (obligatory) prayers, he would disembark his camel and face the Qiblah (to perform his prayers)."

However, some scholars view that one does not need to perform his or her prayers again if efforts have been made to face the Qiblah but he or she failed to do so due to dire circumstances.

According to Imam Al-Muzani, as quoted by Imam An-Nawawi in his book ‘Syarah Sahih Muslim’, religious obligations that are carried out to the best of one’s abilities, even if some of the conditions were not met and it was not done in a complete manner due to dire circumstances, and not out of abuse or lack of concern for one’s religion, are accepted and do not require them to be repeated.

Our scholars based this opinion on the hadith narrated by Abu Hurairah r.a., who says:

“I heard Rasulullah s.a.w. say: “What I have forbidden you against, should be avoided, and what I have enjoined unto you, should be carried out to the best of your abilities. Verily, the destructions of those nations before you were due to (incessant and unnecessary) questions posed by them, and their dissents towards their Prophets”.

May Allah accept all our efforts and Ibadah in fulfilling our duties as His righteous servants, amin.