Four Abdullahs in Islamic History You Need To Know

The four Abdullahs comprised four notable Companions of the Prophet s.a.w, all of whom were outstanding individuals on their own.
by Ustaz Abdullah Ahmad 2020-02-12 • 15 min read
Ustaz Abdullah Ahmad is a graduate from Madrasah Al-Irsyad and later on from Madrasah Al-Junied Al-Islamiah. He then went on to pursue a degree in Islamic Theology, majoring in Creed & Philosophy at the Al-Azhar University. He also loves books and arts.
2020-02-12 • 15 min read 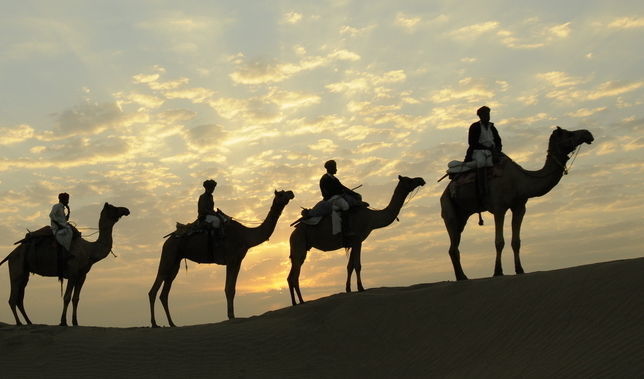 It cannot be denied that the Companions of the Prophet s.a.w contributed immensely to the development of Islam. Their sacrifices in building a successful community of faith are second to none. Their noble character, in emulating the life of the beloved Prophet Muhammad s.a.w. serve as a paragon of virtues for the inheritors of Prophetic message.

Stories of their endurance, perseverance and above all, their love for Allah s.w.t and His Prophet s.a.w served to ignite the generations to come. Indeed, even the Prophet s.a.w – who spoke nothing but the truth – confirmed the high status of the Companions.

Among the notable Companions in the history of Islam, are the four Abdullahs or known as the ‘Abadilah Al-Arba’ah.

The ‘Abadilah Al-Arba’ah – meaning the four Abdullahs – comprised four notable Companions of the Prophet s.a.w, all of whom were outstanding individuals on their own.

The experiences they had with the Prophet s.a.w. were very significant. As they grew older, the four Abdullahs would later become key figures and a source of knowledge to refer to after the passing of the Prophet s.a.w.

There are many benefits to learning the Sirah (History) of the Prophet s.a.w and the lives of the Companions r.a, for it increases our love for them, provides us with knowledge and gives us a clearer understanding of the Quran with the events that unfolded during the time.

Here are some ways in which the 4 Abdullahs pursued knowledge and became references of knowledge, and how we too can implement these values in our lives. 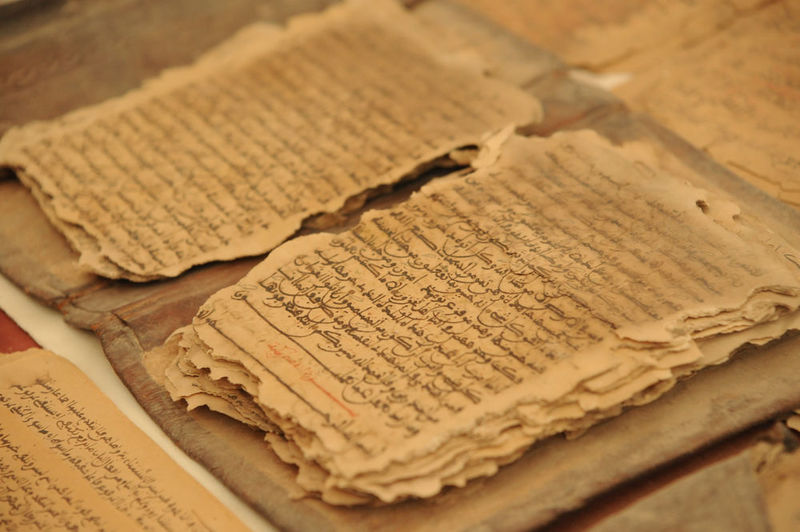 All the Companions shared a deep love of always being around the Prophet s.a.w. Some would even devote themselves to be in his service, and one of them was Abdullah bin Abbas r.a.

This strong relationship benefited Abdullah bin Abbas r.a greatly as he managed to record about 1660 hadiths to memory. Not only that, the Prophet s.a.w himself also specifically prayed for Abdullah bin Abbas to be bestowed upon with deep understanding of the religion and with wisdom:

After the Prophet s.a.w passed away, Abdullah bin Abbas would seek out the older Companions who knew of a hadith that he did not know and then verifying it with other Companions to ensure its authenticity.

As he grew older, people would come over to his abode where his classes were actively conducted. He grew in knowledge and stature and was sought out by Companions to give his thoughts, including Sayyidina Umar r.a during his reign as The Caliph.

Today, there is a wider range of platforms available for us to learn on. With such choices, it should only encourage us to learn and discover more. We should also remember that the knowledge we sought for will one day be of service to the Muslim community, and may it be a means for us to attain Allah’s rewards. “Indeed, knowledge is a tree and action is the fruit, and one is not considered a learned one who does not act on his knowledge”.

Knowledge only bears its fruit when we act upon it, whether it means trying to change certain aspects of ourselves or maybe even something small and simple like smiling at the people around us. Only then will the seeker benefit from it, and benefit others.

Abdullah bin Umar r.a. was a fine example of someone who acted upon his knowledge. The son of Sayyidina Umar r.a, the second Rightly Guided Caliph, Abdullah bin Umar was one of the distinguished narrators of the hadiths due to his strong attachment and love for the Prophet s.a.w.

As seekers of knowledge, we must act upon it, lest we are questioned upon the gift and responsibility of knowledge. Another point of note we can take away is that Abdullah bin Umar r.a was highly attentive in his observations of the Prophet s.a.w. His level of focus extended to recognising the minute details of what the Prophet did or where he did it. This was manifested from his utter love and reverence for the Prophet s.a.w.

We can emulate this with the things that we learn, regardless of whether it is about religious or non-religious sciences. Islam emphasises the importance of knowledge. Any contribution that brings ease in the journey of a person both in this world and the next, matters. In an age of keyboards and touch screens, we rarely engage ourselves with writing. Writing, as it was back then, distinguished a particular nation from another that is less literate. Indeed, writing is an essential skill that we use to express our ideas and to articulate our thought process to the world. This, in turn, helps develop our cognitive abilities and enables us to organise our thoughts and arguments.

Even within the Islamic tradition, writing constitutes a huge part in the process of seeking knowledge. Imam Al-Shafi’i once said that “Knowledge is a hunt and writing is its rope, so tie your hunt down with a sure rope”.

This is best exemplified by Abdullah bin Amr bin ‘As r.a, who was a notable Companion even during his young age. He was an exceptional young Companion, blessed with intelligence and piety.

When the Quran was complete, Abdullah bin Amr was finally given permission to collect and record the hadiths of the Prophet. This task of writing proved to be of great service to the Muslim community as his records were a source of knowledge, especially after the Prophet s.a.w had passed away.

Similarly, we should once again reclaim this precious skill and work to develop our own writing. This must also be supplemented with learning from credible teachers and constant readings to ensure that we understand properly. Only then are we able to formulate our own opinions and ideas instead of falling into the error of mob mentality.

What can also be derived from Abdullah bin Amr’s actions are his initiative to write down something which he believed in strongly. We can excel better at doing something we generally love and enjoy, which serves us as our drive to continue writing even when we do not feel like it. The more we love something, the more we can read and write about it, and the more contributions you make in the world. Life has its ups and downs, with some good days and plenty of gloomy days. There are times when we feel devoid of meaning and purpose. In truth, this is the best time to prove ourselves, for patience in the face of challenges is a sign of strength, a common trait of the Prophets a.s. and the pious people.

This was a defining feature of Abdullah bin Az-Zubair r.a, whose father was Az-Zubair bin Awwam r.a, one of the ten people given glad tidings of Paradise. His mother was Asma’ bint Abu Bakar, the 18th person to embrace Islam and the daughter of Saiyidina Abu Bakr As-Siddiq r.a. Abdullah bin Az-Zubair was the first person to be born amongst the Muhajirin after the Hijrah, and was a cause of joy for the Muslims during the time.

He was also so close to Sayyidatina Aishah r.a. that she was known as ‘Umm Abdullah’ (the mother of Abdullah) due to his firm attachment to her. As he grew older, he became a well-respected man, whose qualities surpassed that of many others. It was reported that Uthman bin Talhah r.a said:

“Ibn Az-Zubair was without equal in three things: courage, worship and eloquence”.

Indeed, Abdullah bin Az-Zubair was steadfast in having noble character, even from a very young age. He was bold and daring, but he was also an eloquent man. When the Muslims triumphed over in North Africa, the victory speech was conveyed by Abdullah bin Az-Zubair, and it was remarked that his speech was like that of his grandfather, Sayyidina Abu Bakr r.a.

Till the end of his life, he remained steadfast to his values. He was brave in battle and loyal to those around him. He was one of the people who defended Sayyidina Uthman when the rebels conspired against him.

We too should find inspiration in Abdullah bin Az-Zubair as well as other Companions in emulating their steadfastness, their courage in fighting for what they believed in, and in doing so, they became champions of the faith and were elevated in status in the eyes of Allah s.w.t.

In summary, the four Abdullahs are remarkable individuals, in their own respect. They served as a source of knowledge for the early Muslims, and exemplified many important values that we should hope to emulate. The Sirah of the Prophet and the lives of his Companions are not merely historical texts.

They are living examples whose teachings we must extract and implement in our own lives so that we may become a generation that produces individuals with the likes of the four Abdullahs.