Change In Qibla: A Story of Love and Faith

The change in Qibla presents a significant event in our history that unified our direction of devotion to the Ka'bah in Makkah. But little did we know about the story behind this event that echoes whispers of true faith and love.
by Ustaz Muhammad Fairuzee Salihudin 2021-03-29 • 13 min read
Ustaz Fairuzee is a graduate of Al-Azhar University, Egypt, majoring in Islamic Jurisprudence. He has always been passionate in teaching & educating. He has an eye for numbers & finance. He also loves to sweat it out via running & cycling.
2021-03-29 • 13 min read 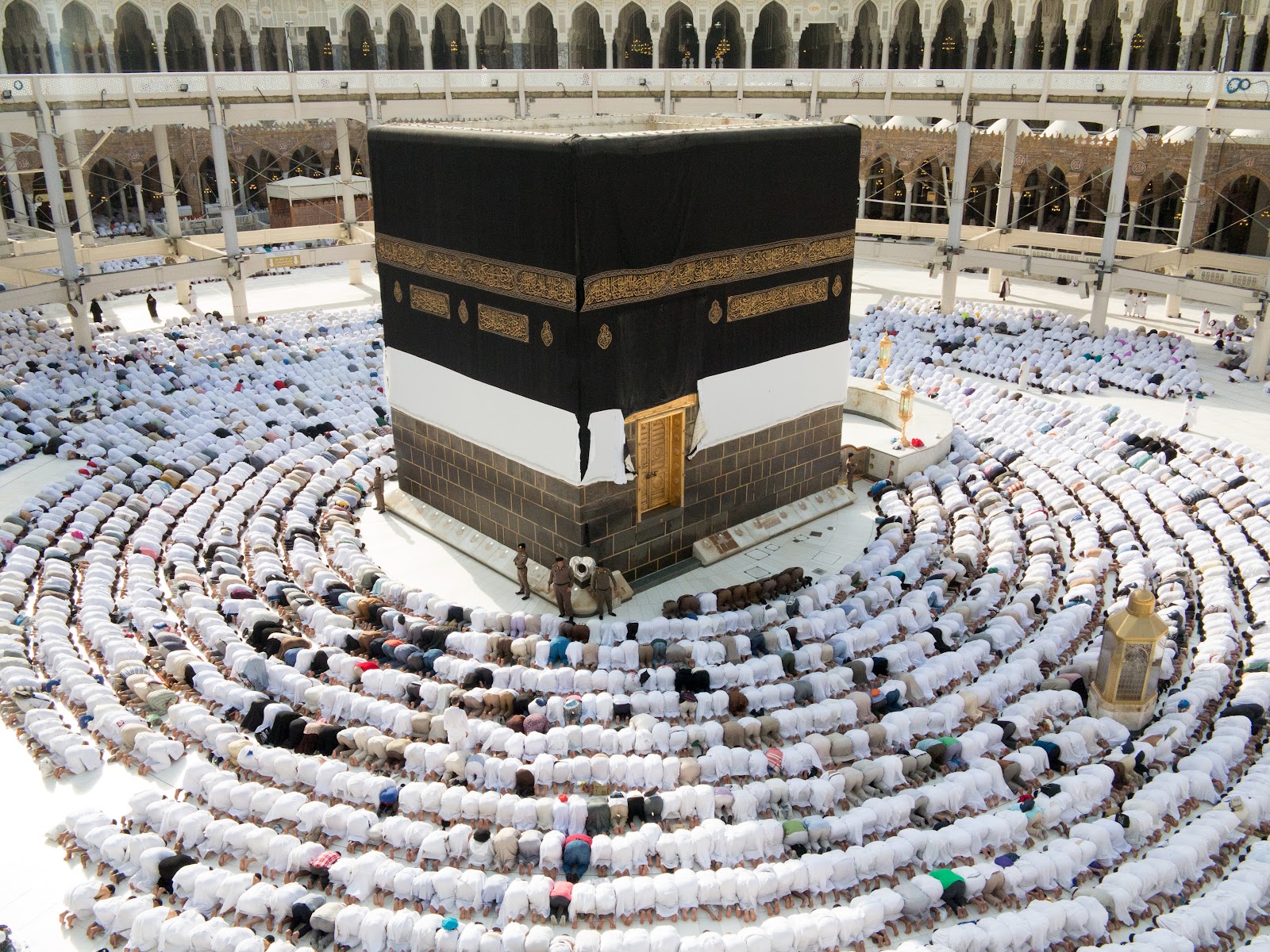 The Qibla has always been a significant aspect in the life of a Muslim. It is the direction that we, as Muslims, face when performing our prayers. In fact, It is one of the conditions that must be fulfilled in order for the obligatory prayer to be valid. If we face the wrong direction, then our act of worship will be invalid and we have to do it all over again.

Facing the Qibla is also proof of our faith for our beloved Prophet peace be upon Him. If you were to reflect deeper, you will find that the reason why we face the Qibla is because that is how the messenger of Allah performs the prayers. As Muslims, we believe that the Prophet is our guide in this life, especially in matters of how to worship Allah s.w.t. Hence, we observe from what is said, performed and approved by the Prophet s.a.w. As mentioned in the Holy Quran in Surah Al-Hashr

Whatever the Messenger gives you, accept it. And whatever he forbids you, abstain from it.

Ultimately, the Qibla is a sign of unity for all Muslims. Taught by Prophet Muhammad, all of us face the same direction when we pray to Allah. Regardless of our skin colour, status, race, nation, or even which school of thought. This further emphasises how we Muslims should unite in helping one another as well as our brothers and sisters in humanity.

Can you see now how significant the Qibla is to us Muslims? As a matter of fact, almost everyone in this world, even non-Muslims, knows where the Qibla is. However, do you know that the direction of Qibla was previously not towards the Ka’bah? 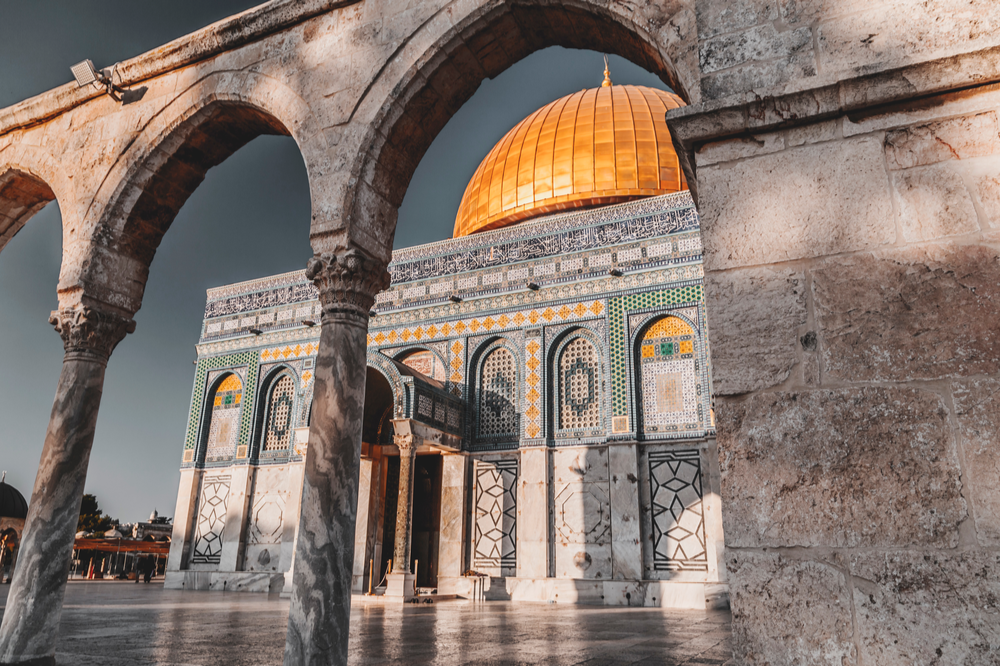 Baitul Maqdis was the previous divinely decreed Qibla. It was also there at Baitul Maqdis that the Prophet ascended to the heavens (Mikraj) after he travelled from Makkah (Israk) on that very same night. After that blessed event, the five daily prayers were prescribed to Muslims and were made compulsory. Since then, the Prophet and Muslims prayed towards Baitul Maqdis for their prayers for about seventeen months. Al-Bara Ibn 'Azib r.a. narrates,

“We prayed along with the Prophet (saw) facing Al-Quds (Jerusalem) for 16 or 17 months. Then Allah ordered him to turn his face towards the Ka’bah (in Makkah).“

Hence, the question now is what led to the change of the Qibla to where it is now?

The reason why the Qibla was changed was because of Prophet Muhammad peace be upon Him.

The Prophet has always longed for the Qibla to be changed towards the Ka’bah. This was highlighted in a hadith narrated by the companion Bara’ Ibn ‘Azib

He (Prophet Muhammad s.a.w.) prayed facing Baitul-Maqdis for sixteen or seventeen months but he wished that he could pray facing the Ka’bah (at Makkah)

When the Prophet was still in Makkah, he always stood south of the Ka’bah while in his prayers so that he could face both the Ka’bah and the Al-Aqsa Mosque. This further emphasises how the Prophet expressed his love for the Ka’bah as the Qibla. 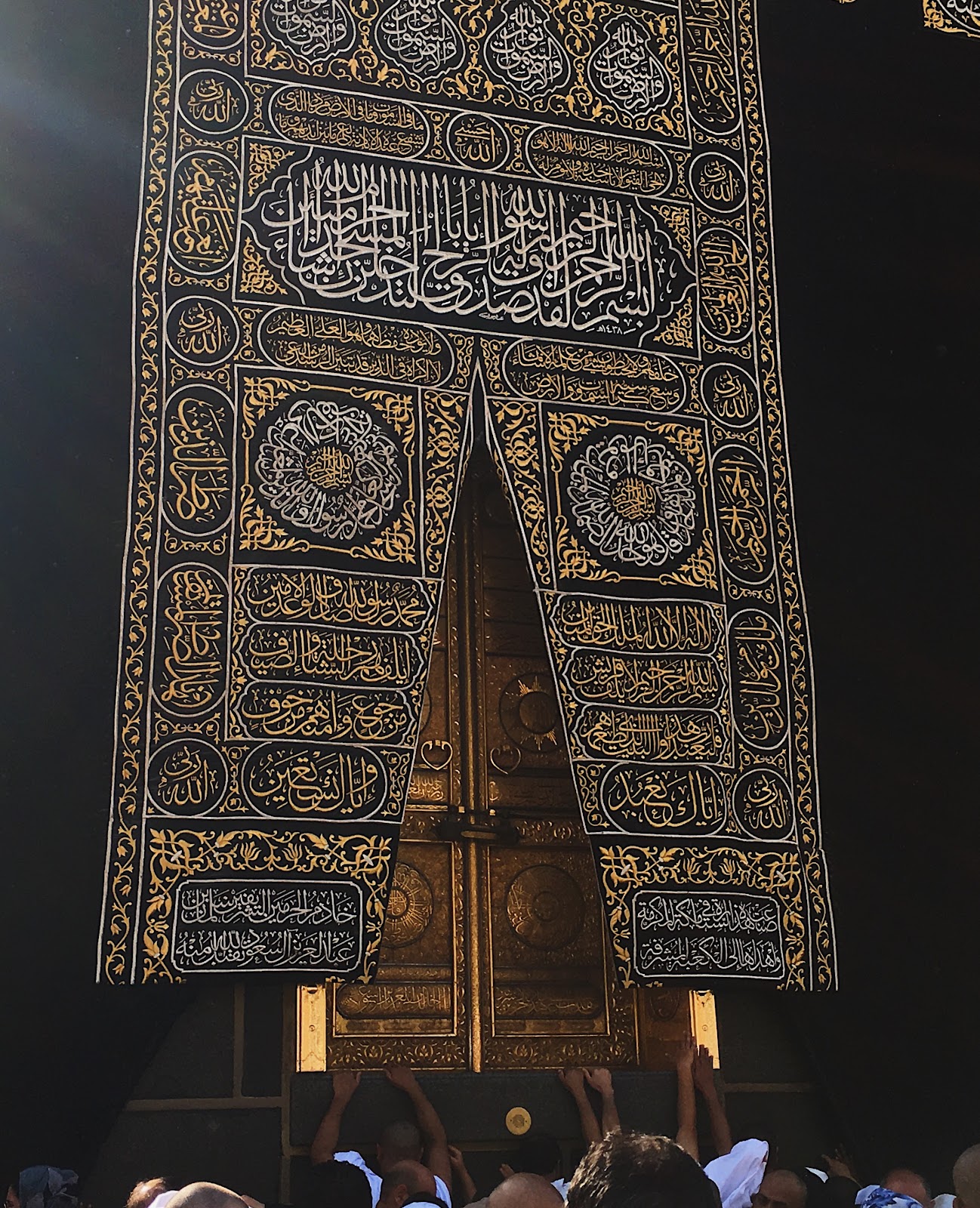 The Ka’bah is the first sacred house of worship ever built for humankind. It was established by Prophet Adam a.s. and was raised later by Prophet Ibrahim a.s. and his son, Prophet Ismail a.s. This is stated in the Quran in Surah Ali-Imran:

Most surely the first house appointed for men is the one at Bakkah (Makkah), blessed and a guidance for the nations

Honouring the Ka’bah has also been the tradition of the Arabs in Arabia even during the Pre-Islamic era. They inherited it from their ancestors which could be traced back to Prophet Ismail and Prophet Ibrahim a.s. 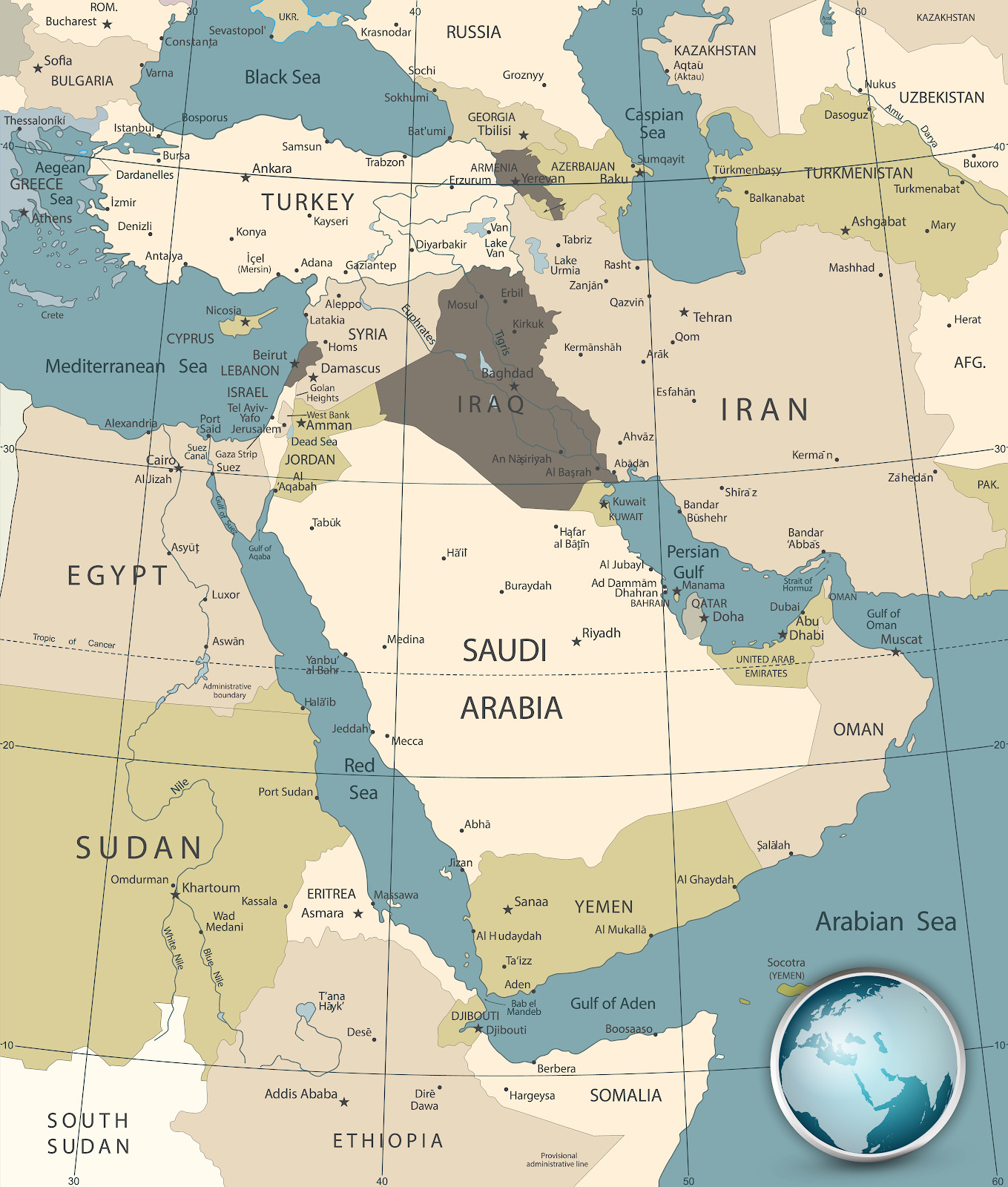 After the hijrah (migration) to Madinah Al-Munawwarah, the Prophet and the companions continued to pray facing Baitul Maqdis and thus they had to turn away from the Ka’bah since Madinah is located on the north of Makkah and south of Jerusalem. In a hadith narrated Bara’ Ibn ‘Azib:

We prayed with the Messenger of Allah s.a.w. facing towards Baitul-Maqdis (Jerusalem) for eighteen months, then the Qiblah changed to the Ka’bah two months after he entered Madinah. When The Messenger of Allah s.a.w. would pray facing the Baitul-Maqdis, he would often lift his face towards the heavens, and Allah knew what was in the heart of His Prophet and how he longed to face the Ka’bah (during prayer).

Though the Prophet would love to have the Qibla changed to the Ka’bah, he did not say a word of request and continued obeying Allah’s command.

Prophet Muhammad peace be upon Him is the beloved of Allah the Almighty. Hence, how can Allah, The Most Gracious and Merciful, not please his beloved and grant his wishes.

Two months after the hijrah, on the 15th of Sha’ban, Allah revealed the change of the Qibla, pleasing his beloved s.a.w. 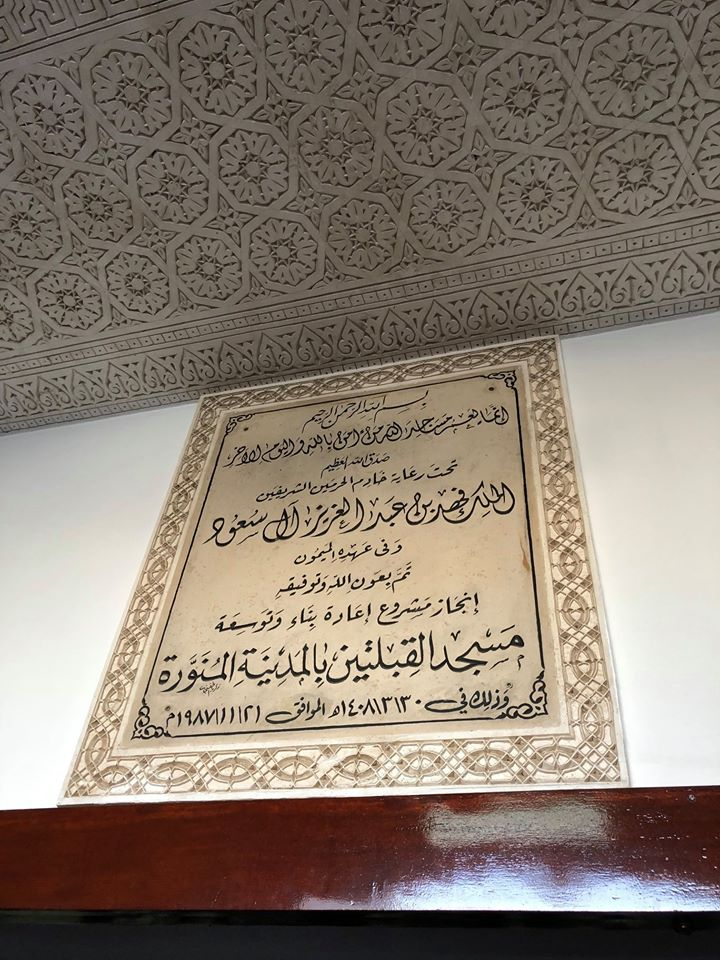 When the Qibla was changed to the direction of the Ka’bah, it became a test for the people. It was a test to see who truly obeyed Allah and his beloved Prophet and who disapproved. Allah says in Surah Al-Baqarah:

and We made the Qiblah (prayer direction towards Jerusalem) which you used to face, only to test those who followed the Messenger from those who would turn back upon their heels. It was certainly a difficult test except for those (rightly) guided by Allah.

True enough, there are those who ridiculed the Prophet when he changed his direction from Baitul Maqdis to the Ka’bah. However, those who truly believe in Allah and the Prophet immediately obeyed the command and faced the direction that the Prophet pleases. 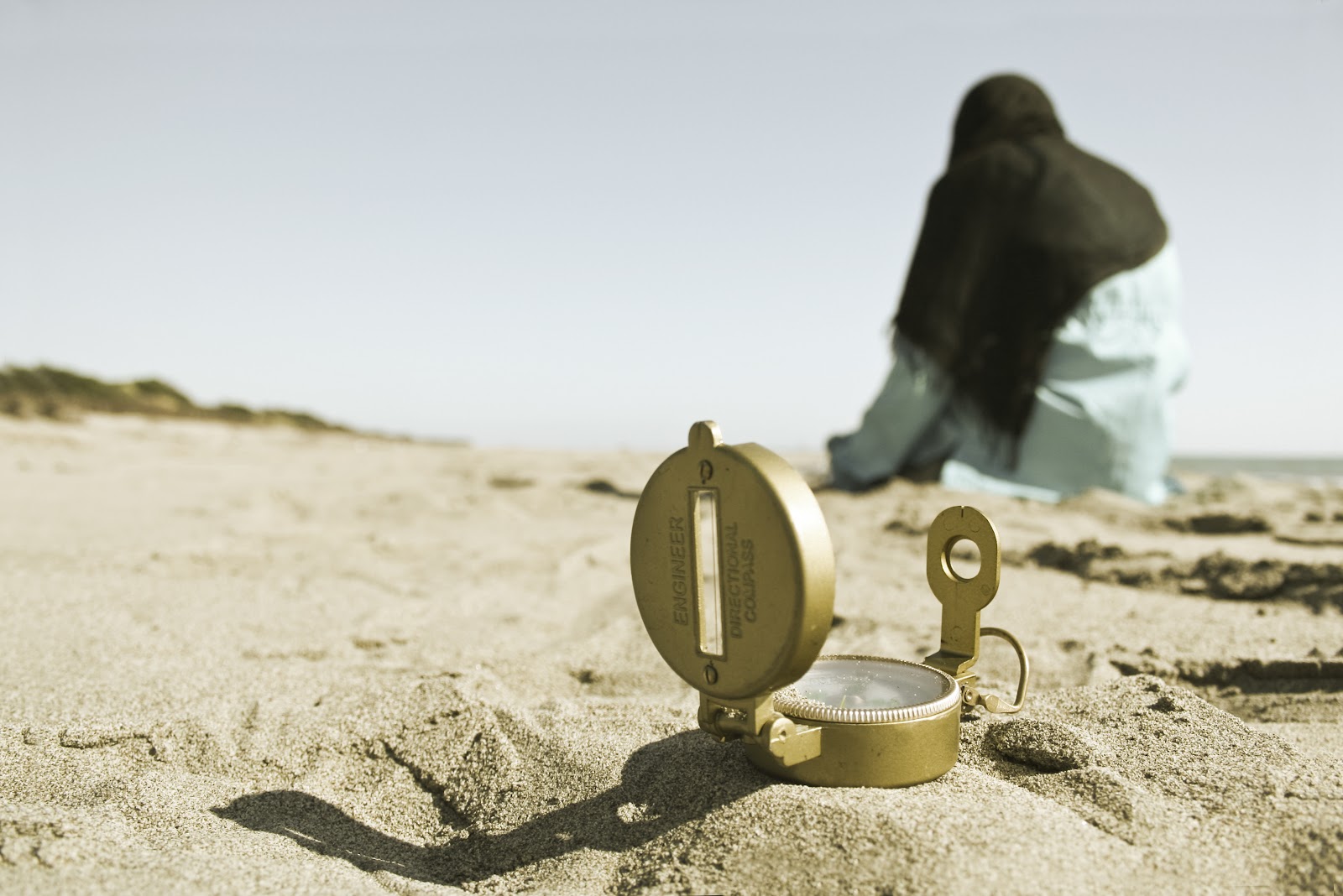 In a hadith narrated by Bara’ bin ‘Azib:

A man prayed with the Prophet (facing the Ka`ba) and went out. He saw some of the Ansar praying the ‘Asr prayer facing towards Baitul-Maqdis, he said, "I bear witness that I prayed with Allah's Messenger s.a.w. facing the Ka’bah." So all the people turned their direction towards the Ka`bah.

Let me share with you two takeaways from this story of faith and love so we can apply it in our daily life:

From this story, we can see that Allah changed the Qibla to please the Prophet s.a.w. He even promised to give his beloved what he pleases. Thus, Allah says in Surah Ad-Dhuha:

and surely, your Lord will give you (Prophet Muhammad), so that you will be pleased.

Thus, as a Muslim, if we truly believe in Allah, wouldn’t we also strive to please the Prophet s.a.w. by following his actions, sayings and approval and becoming the person he wanted us to be?

2)    Obedience is the mark of true faith

Even though the Prophet longed for the Qibla to face towards the Ka’bah, he did not say anything and continued to obey Allah. This inspiring commitment is the mark of a true servant of Allah.

The same goes for us. The only way to prove our faith for Allah s.w.t. and His Prophet s.a.w. is to obey and perform our duties and obligations as a Muslim. As the story concludes, truly, Allah hears our deepest wishes and knows what is best for us.

Let us all strive to be a true servant of Allah and please the Prophet peace be upon Him.