The writer's take on the prolific writer and scholar, Buya Hamka, explores some highlights of his life as a seeker of knowledge, an active advocate for social welfare and in how he deals with differences and disagreements.
by Ahmad Ubaidillah 2022-01-11 • 16 min read
Ahmad Ubaidillah is an alumni of Madrasah Al-Irsyad Al-Islamiah and Madrasah Aljunied Al-Islamiah. He graduated with a degree in Islamic Law and Jurisprudence from Yarmouk University, Irbid, Jordan. His area of interest includes local and regional literature, and Islam Nusantara. He is a Sahabat Sastera under the Majlis Bahasa Singapura and has presented works of Nusantara poetry for Poetry Festival Singapore.
2022-01-11 • 16 min read

The legacies of our scholars are like wells where we can quench our spiritual and intellectual thirst with fresh and cool water. Their life stories contain many lessons we can draw from as they consist of many values that should be exemplified such as courage, perseverance and piety towards Allah. We inherited their writings as their legacy for the Muslim community in the present and also the future.

Although they have passed on, their works are still alive and benefiting us with their priceless knowledge. However, as time goes by, if these wells of wisdom are unattended, they can be forgotten to the point that they are not used and benefited from. It is therefore imperative for us to seek out their legacies and find ways to creatively and critically build upon them.

There are many valuable gems among scholars from this Nusantara region. Although they are now regarded as different countries within Southeast Asia, modern boundaries should not prevent us from seeking to benefit from the legacies of our regional scholars. Not only do we share a common religion, but also a common heritage and common culture. 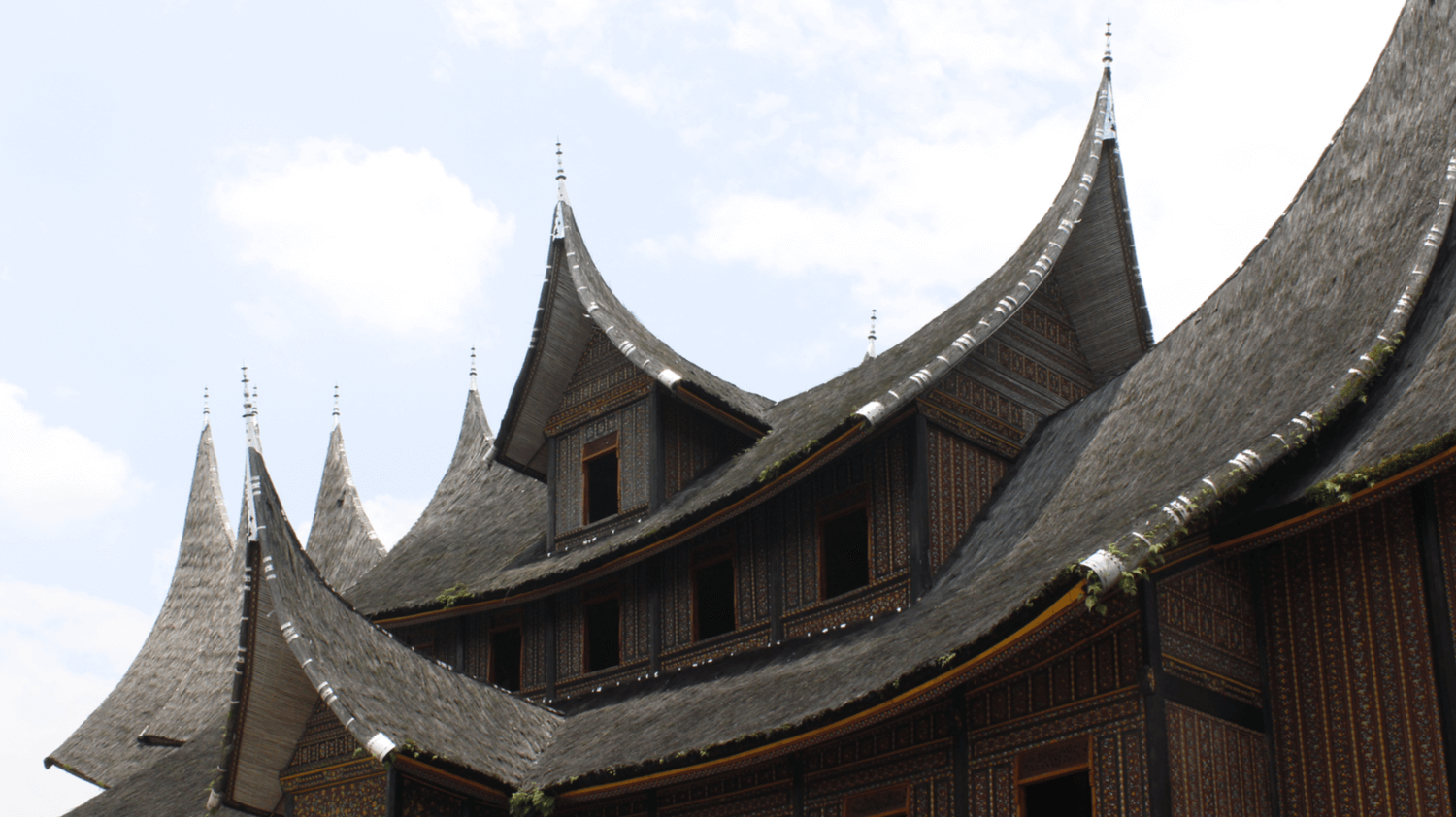 One of the giants among our scholars in the Nusantara region is Haji Abdullah Malik Abdul Karim Amrullah, also known as Hamka. Born in Minangkabau, Sumatra on 17 February 1908, Hamka is recognised as a man of many titles — scholar, writer, novelist, reformist, activist, intellectual. He came from a line of religious scholars who were of different orientations. His great-grandfather and grandfather were adherents to Sufistic teachings, while his father, who may be defined as an Islamic modernist of his time, was a staunch advocate against the teachings of the former.[1]

Nevertheless, originating from such a diverse background led him to realise that relentless disputes about these differences that were happening at the time were not good for the Muslim community if they were not addressed. They could lead to disunity and conflict when they were much more important problems that required collective efforts. This understanding led Hamka to adopt the middle ground and propagate a more modern and revitalising view of Sufism.

This decision by Hamka can be seen as a definitive element in his legacy. To bring the Muslim community together despite the differences. To converge different entities when they emerge from seemingly conflicting origins. This centrist attitude can be defined as a position of moderation, which was a principle that Hamka frequently advocated for the Muslim community. It is a principle that he utilised for several aspects — to balance between reason and revelation, between personal ambitions and communal responsibilities, between this world and the hereafter, between religious laxity and religious fanaticism. 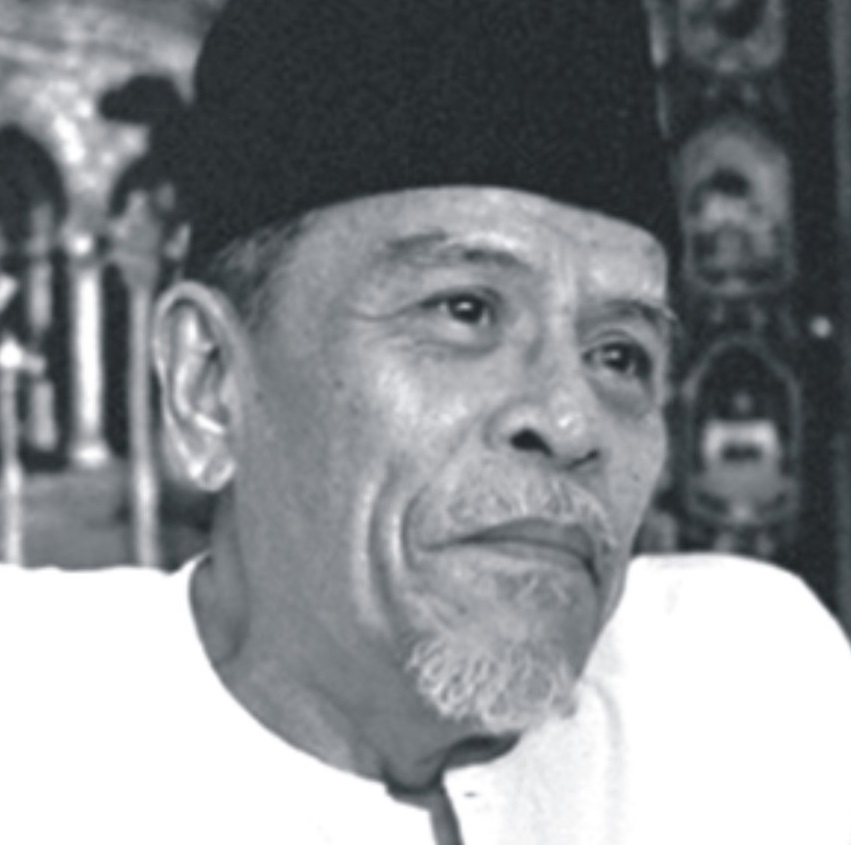 To write extensively about Hamka in this article would be an impossible task as it would require much more time and space. What this article seeks to do is to provide a general picture of this renowned scholar which includes elements from his legacy that should be emulated, and also certain writings that would be beneficial. This is done in hopes that readers will be inspired and interested, and subsequently seek to learn more about this illustrious scholar from other sources.

Thirst and Openness towards Knowledge

An element of his legacy that should be emulated is his thirst for knowledge. Hamka attended religious schools where the focus was to learn and memorise classical Islamic texts. This did not last long, however, as he found the state of his high school at the time unsuitable and disengaging. He withdrew from the school and went on a journey of learning.[2] This led him to spend countless hours in the libraries of his father’s students, before finally leaving his hometown for Java. There, he encountered movements such as Sarekat Islam and Muhammadiyyah, the latter he would be associated with until today. It was there that he also met and studied under Cokroaminoto, a renowned scholar who bore a deep influence upon him. It was this thirst that made him sail thousands of kilometres to Mecca and live there for three years, before returning to his homeland. 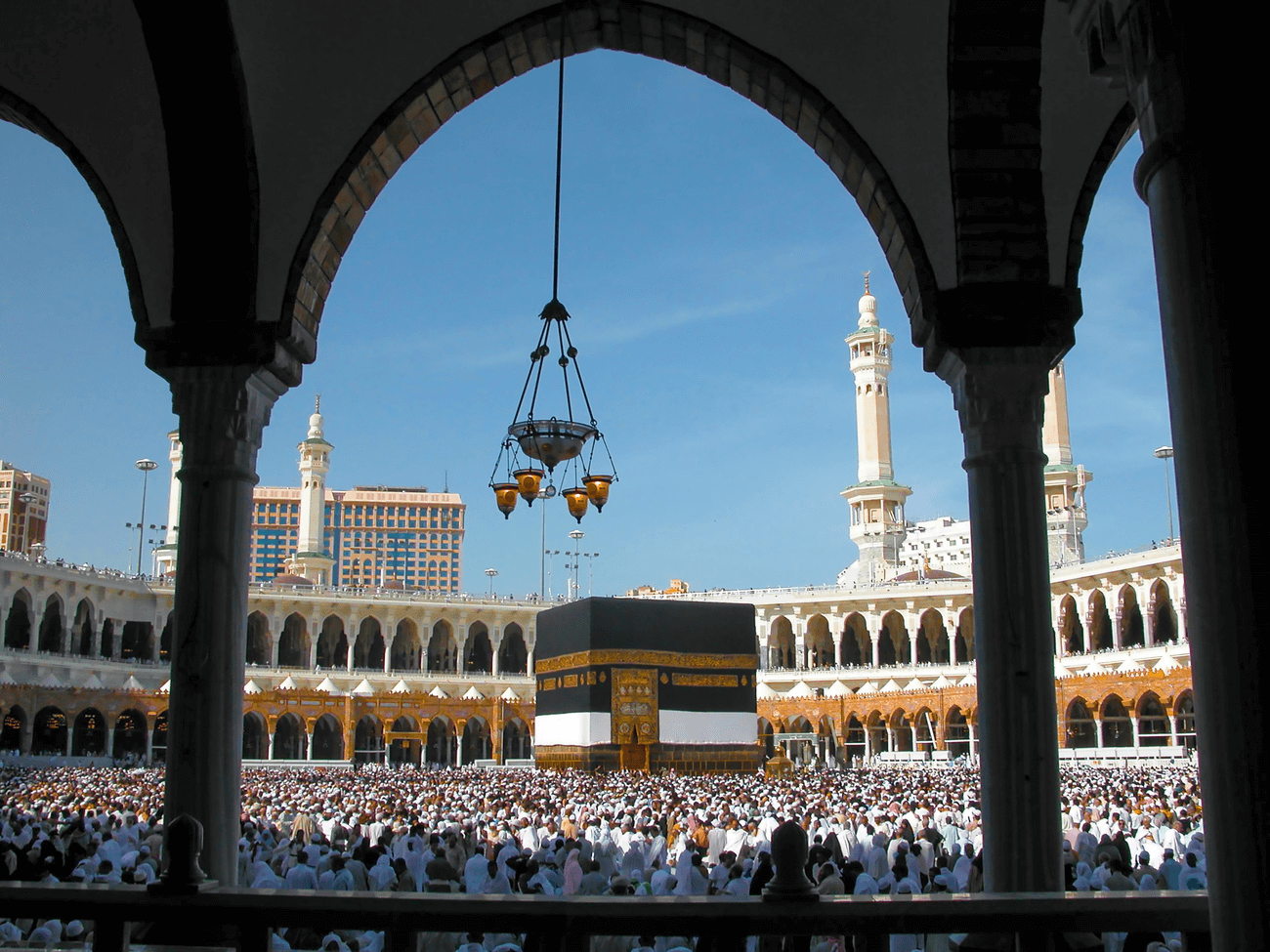 Paired with this thirst is his openness towards knowledge. It would be interesting to note that Hamka can be seen as a ‘synthesiser’, as he ‘melded different Muslim intellectual traditions, placing radically different thought systems in tension and in a dialogue with one another.’[3]

This openness was not restricted to Islamic intellectual traditions, but also those that are from outside the Muslim world. This could be seen with how he saw benefit in the writings of Greek philosophers such as Plato and Aristotle, as exemplified in his writing, Tasawuf Moden. It was with this spirit that Hamka took on the role of a bridge between the Malay World and the wider Muslim world, writing about the vast histories, while also translating several works for the general public.

Another element of his legacy is his advocacy for social justice, which means advocating for the weak and vulnerable in society. He believed that Islam is a religion that should be a catalyst for progress in society, meaning to provide material, spiritual, welfare and social assistance, regardless of race and religion. He wrote that the ‘objective of Islam is not to bring good to the lives of one group only. The objective of Islam is to bring good to the life of everyone… Islam is not the property of Muslims. It is borne out of God’s revelation for the goodness of all mankind.’[4] It was with the belief that Islam is a religion for humanity that Hamka advocated for the usage of Zakat to non-Muslims, an understanding that was against the mainstream Islamic thought in the Malay world during his time.

Another element of his advocacy for social justice was his focus on the plight of women during his time. During that period in the Malay world, the status of women was of much discussion within the community. While some were proponents of a progressive attitude towards the role of women in family and society, others were adamant that their role be restricted. Hamka’s progressive stance could be seen in his writings such as Kedudukan Perempuan Dalam Islam — The Status of Women in Islam, and also his Tafsir Al-Azhar, and were frequently found to reference scholars such as Muhammad Abduh and Rashid Rida on issues regarding women.

A prominent subject of his writings was the malpractice of polygamy that was seen as an adat (social norm) of his time, where men would easily divorce and remarry, while the women and children were victims of such practice.[5] As a child of divorced parents himself, whose father had several wives, Hamka saw that the polygamy practised by his society was against the spirit and principles of this act, and therefore sought to reinterpret the meaning of adat and the true principles of polygamy, while also expanding upon the importance of monogamy and men’s responsibility towards their wives and families.[6]

Here, there are two incidents in his life I would like to highlight as an example. The first would be regarding his writing, Teguran Suci Terhadap Mufti Johor — A Humble Reproach Towards the Mufti of Johor, a book that was translated by the Muhammadiyyah Association in Singapore 1958, and was then transliterated and republished by Singaporean author Djamal Tukimin. It was written as a response to what the Mufti of Johor, Syed Alwi bin Tahir Al-Haddad, wrote his disapproval against the Kaum Muda and the prominent scholars that shared their orientation at the time, such as Abu Bakar Ash’ari and Hassan Bandung. Hamka disagrees with the arguments made against them and exemplified a Muslim’s responsibility to correct misinterpretation and mistakes or convey disagreements in a civil manner.

Another incident in his life is regarding his conflict with President Sukarno. Hamka was unjustly jailed for two years and four months during the president’s regime under the false accusation of plotting against the government. His books were banned from circulation as well. Despite the injustice, it was through this incident that Hamka exemplified what it meant for a Muslim to find wisdom in Allah’s decree when encountered with hardship. In his later years, he said that it was due to being imprisoned that he managed to finish this magnum opus, Tafsir Al-Azhar. Not only this, but after the passing of President Sukarno, Hamka displayed forgiveness towards the late president and led the prayers during his funeral. 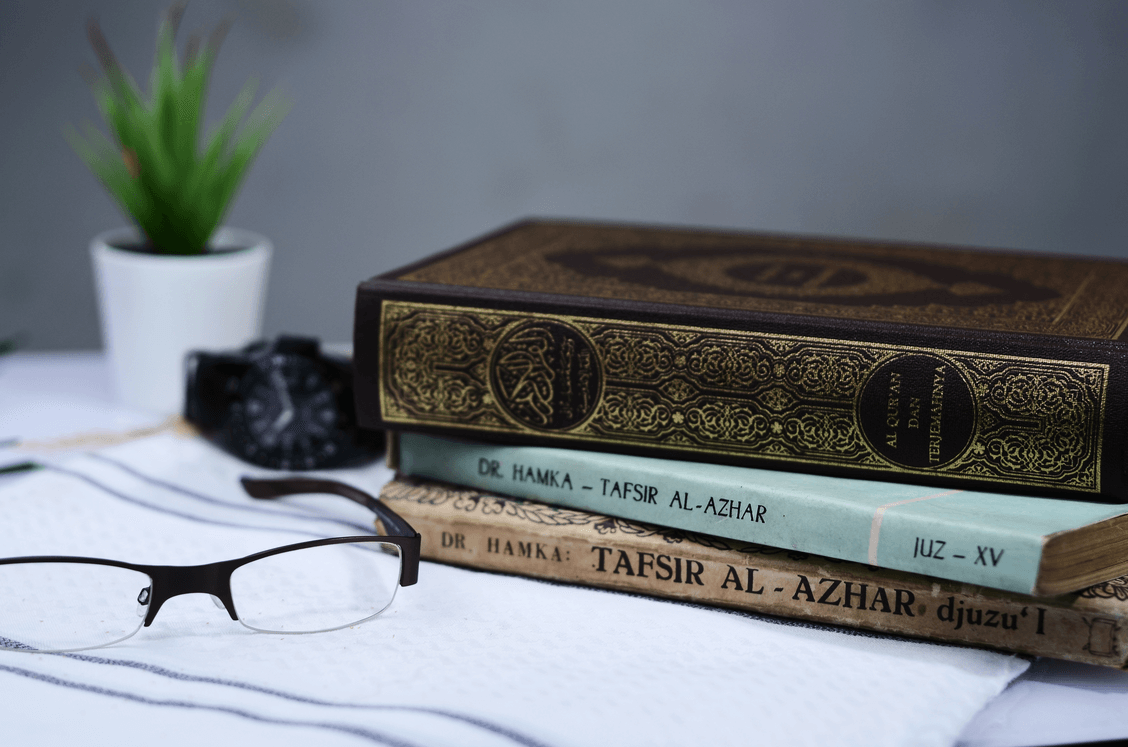 Hamka’s inheritance to our generation is his writings that come in the form of religious books, fiction novels as well as what may be defined today as self-help books. There are three books I would suggest for those who seek to familiarise themselves with the works of Hamka.

Hamka can be called a proponent of spiritual reform. What is meant by this term is that he sought to reexamine what Tasawuf meant in our modern context. In this book, readers will see that Tasawuf was perceived by Hamka as a powerful catalyst for personal and social change.

Along with Tenggelamnya Kapal Van Der Wick, this short novel is one of Hamka’s popular literary works that have been adapted into films. It is a love story that is barred by class and culture, while also consisting of powerful moral lessons regarding life and love. Although he is often known for his stature and influence in the religious field, he also produced a number of works of literature as well. 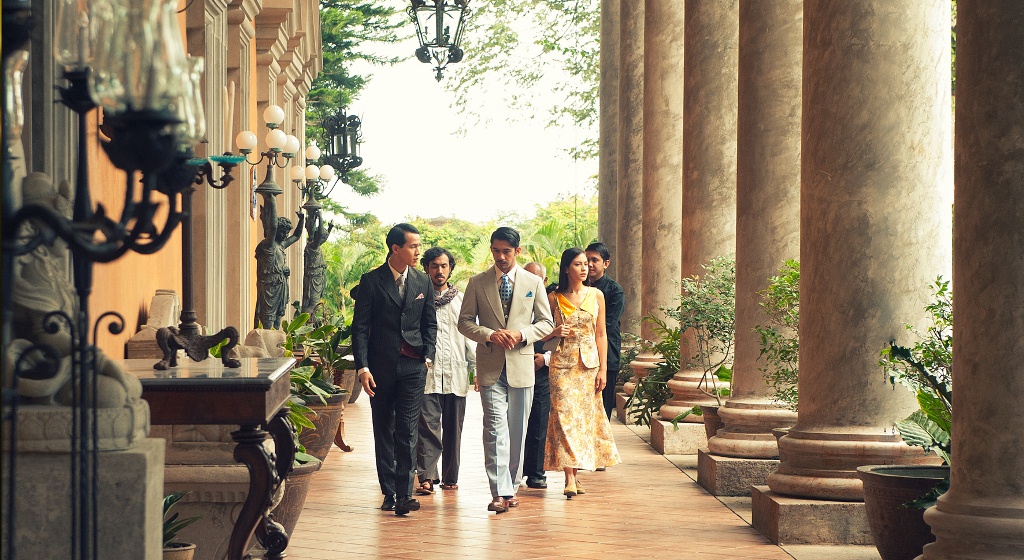 A novel by Hamka, Tenggelamnya Kapal Van Der Wijck, adapted into a film in 2013

Hamka could be defined as a Pujangga Surau — which means a Surau’s Poet. The uniqueness of Hamka ‘is due to his organic attachment to the community, as well as his sense of responsibility to dedicate his devotional service to the community because he sees it as part of his da'wah and worship. The perfection of life itself is seen as worship, and literature is one of the foundations of the perfection of human life.’[7]

This story is a lesson about those who lose themselves in the pursuit of wealth, to the point that they forget their roots, mistreat others and even turn to misguided teachings. In this book, one can see Hamka’s stance on the responsibilities of those with wealth, and also the impact they can make upon society. Therefore, it is imperative that one imbue themselves with morals and ethics.

All of these books are available in online bookstores. 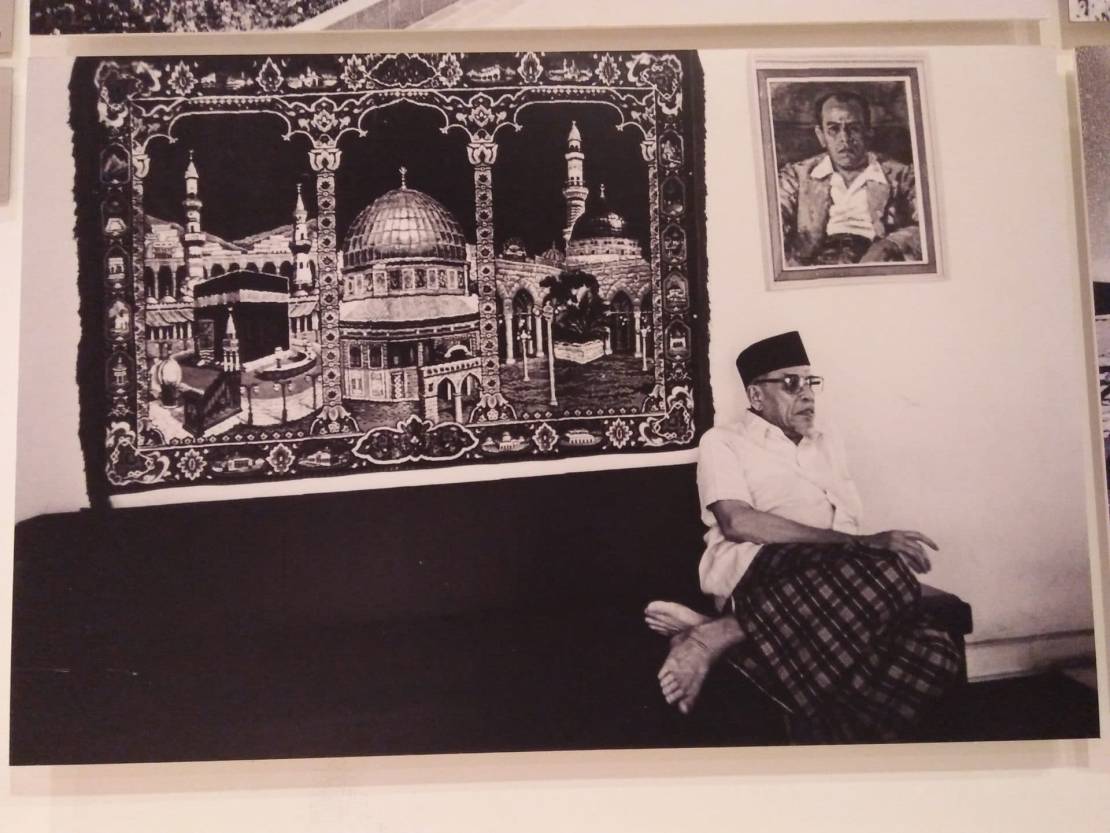 As we seek to benefit and follow the footsteps of our religious scholars, it is vital for us to utilise our critical and creative elements in building upon their legacy. It is important for us to bear in mind that certain elements of their understandings and writings belong to a different place and time, and therefore, our role should be to both appreciate and appropriate their teachings.

It is the writer’s hope that this article will act as a welcome introduction for those who do not know or are unfamiliar with the works of this luminary, as there is much more that needs to be traversed. And as for how it would be if one delves into the legacies of our religious scholars with noble intentions, we will find that there is space in ourselves to be inspired by these chosen individuals.