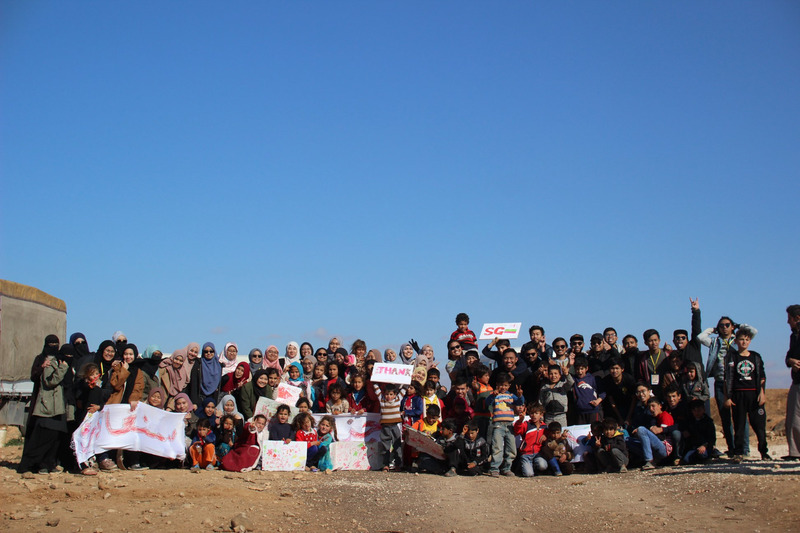 As a Singaporean studying in Irbid, Jordan, I am often asked about the differences between our host country and Singapore. I am sure my peers will agree with me on this. Normally, these questions would delve into the differences about the people, cuisines, currencies and weather.

It is common knowledge that countries in the Middle East are predominantly Muslim. For Singaporean Muslims studying there, our shared belief of Islam links us together with these communities. After spending my childhood and teenage years in Singapore, and now studying in Jordan, I have made some observations that highlight both commonalities and differences between the two countries.

What we students seldom get are questions that go beyond the identical surface of two nations that are located thousands of kilometres apart, with contrasting cultures and traditions. For example, how is Islam practised there? Is it different from ours? If so, how is it different? And why?

Thus, this is my humble reflection of what it means to be a Singaporean Muslim studying in a foreign land.

Islam is a religion that is manifested by different people, cultures, and ethnicities across regions. While the foundational precepts of the faith are inherently similar, such as the five pillars of Islam, a few elements of how the faith is being practised and manifested may vary, depending on respective societal needs and context.

Like two seas in different parts of the world, they may look similar on the surface; a shade of blue-green that sparkles in the sunlight, white foam atop their waves that skim through the shores. But in reality, once we dive past the surface, we would see the contrasting intricacies of the marine life underneath.

In Jordan, for example, the sermons normally focus on the legal practices (fiqh) aspect of the religion. Topics such as cleansing and ablution are preached to the congregants, along with sharing views from different schools of thought.

While in Singapore, there is a focus on the aspects of spirituality and its relation to our social life. One such sermon that I personally felt was important and enriched my understanding of faith was a sermon, entitled 'Planning for the Welfare of Our Families', that was delivered during the month of Ramadan. It goes to show that our Friday sermons vary due to the different needs and context, as well as the community’s level of understanding about Islam.

2. A Minority, But with A Voice

As we have seen in some societies, being a minority may be challenging at times. Your voice is diminished amongst the clamour, and your views and needs are swept under the carpet, not be seen or heard. However, for Muslims in Singapore, I personally feel that our general needs are being well taken care of by the relevant entities.

An example is the unique Mosque Building and Mendaki Fund (MBMF). MBMF is a monthly financial contribution towards the building and upgrading of mosques, and also educational and social programmes. This scheme allows for Muslims in Singapore to automatically contribute a portion of their salaries for the purpose of mosque building and towards funding the education needs of the Malay community.

This initiative was established in the 1970s to address the needs of the Muslim community to have mosques built in the heartlands. Due to the effort of the early generations of Muslims, nearly every town in Singapore has a mosque that is well-maintained and well-equipped to fulfil the needs of the Muslim community. This brings me to my next point. 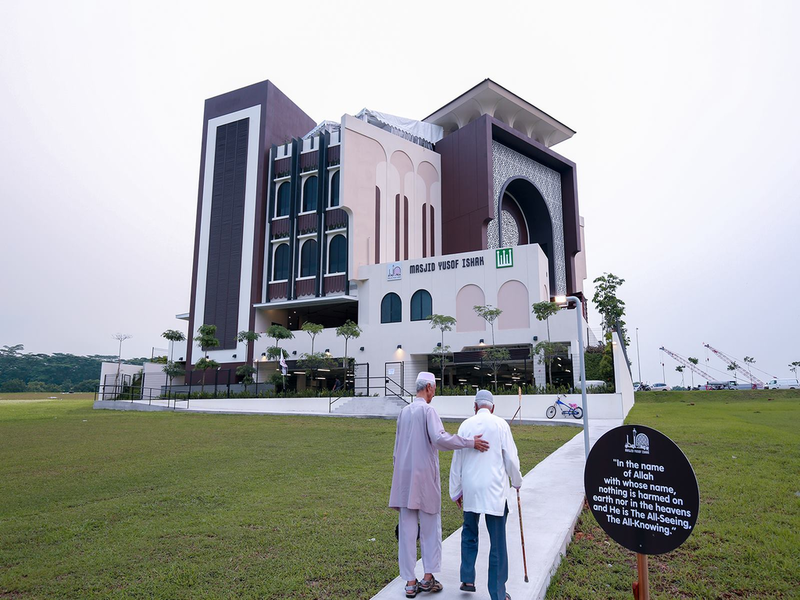 Not many people realise the holistic role of our mosques in Singapore. It differs with the roles of mosques in other societies where they strictly act as religious abodes, a place for the community to only conduct their prayers. Here, our mosques try to accommodate the society’s spiritual, mental, and social needs, and also act as visitor centres for our religion in a diverse and plural society. 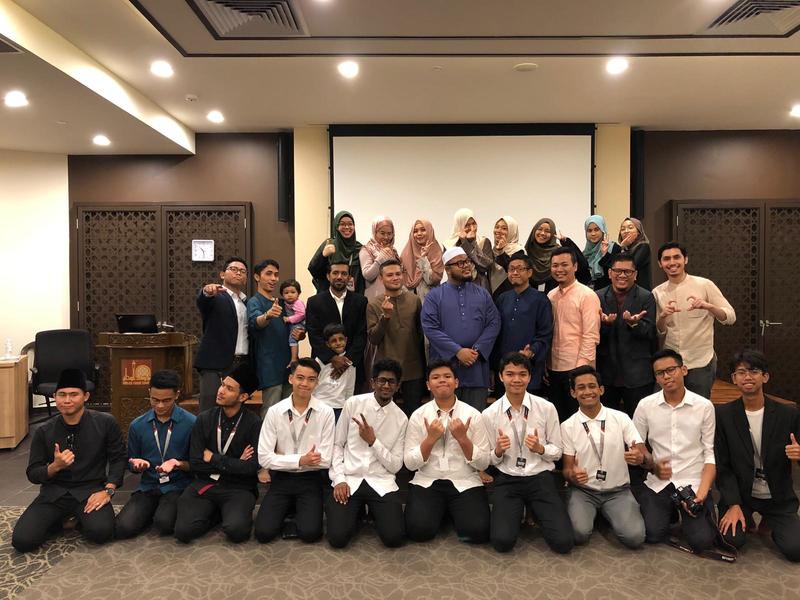 Our mosques are staffed with religious officers, counsellors, and social officers. They are tasked to conduct programs that address the community’s specific needs, such as weekly night prayers, counselling sessions for youths, and welfare assistance for needy families. These positions are rather uncommon in other countries. It shows how our community differs from others in the way that it constantly relies upon mosques as a way to attain social and financial assistance too. 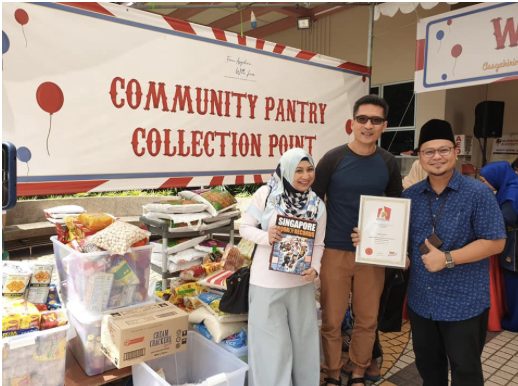 We also have to realise that in a plural society where Islam is a minority, our mosques act as information centres to help others understand and clear misconceptions about our beautiful religion. Thus, we have seen the curating of Islamic exhibitions in mosques and also the staffing of docents to help visitors in understanding the religion better and attempt to clear misconceptions about our faith. 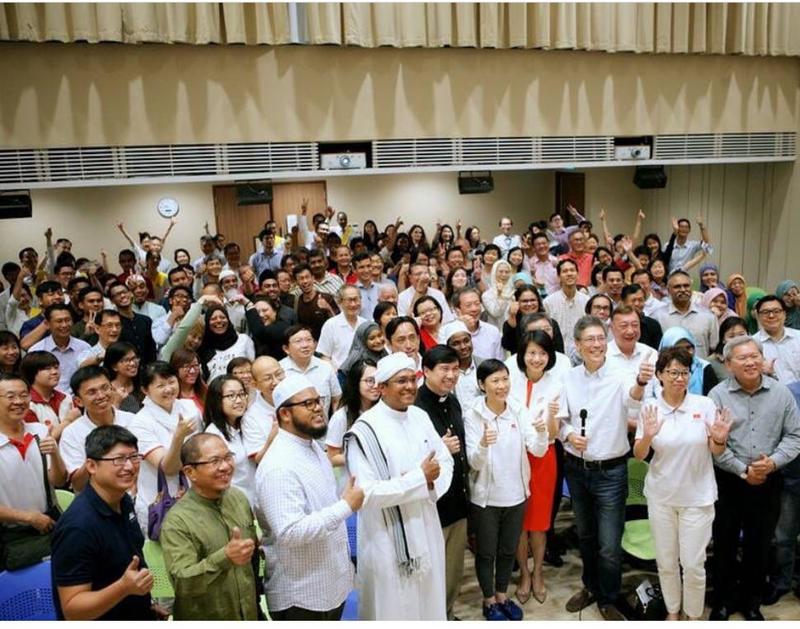 Religions are often practised in accordance with the environment they are in. Like two plots of land in different countries, the types of fruits they bear are different because of their climate and weather.

Countries in the Middle East are largely populated with Arab Muslims, making them the majority. This helps how they shape their countries to accommodate their shared beliefs, culture, and tradition. For example, in Jordan, the call to prayer in all their mosques are played over the loudspeakers.

Our situation is different. We are a minority living in a diverse society with people of different races and religions. Our words and actions take into consideration other people's different beliefs and our religion’s clear principles.

It must be said that with our brand of understanding of the religion, we live in harmony with others and cooperate with them on several mutual platforms for the benefit of our society at large.

Over the years, our community has evolved and matured, thus enabling us to organise interfaith dialogues and discussions. These platforms that enable us to express our views and raise awareness about other beliefs shouldn’t be taken for granted. The fact that Singaporeans are able to come together for these programs is an achievement and should be applauded. 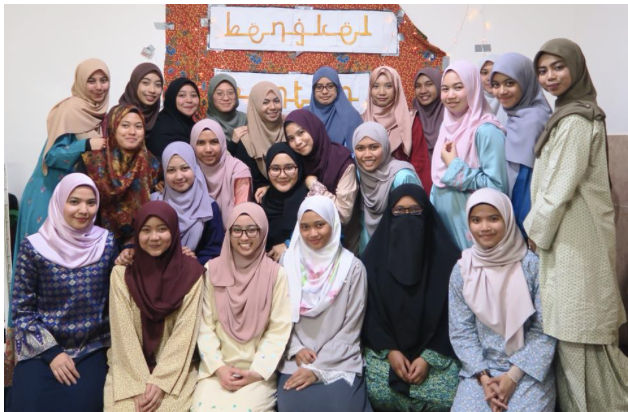 Unbeknownst to many, the celebration of Hari Raya Aidilfitri in the Middle East differs from ours. For those who have experienced celebrating overseas, they know the bittersweet feeling of seeing your family and relatives far away celebrating Hari Raya.

The camaraderie that we experience during Aidilfitri in Singapore cannot be found in other places, and that is what makes Singapore home, no matter where we are.

As Muslims of this age, no matter where we are, it is important for us to remember the varying needs and wants of different communities around the world. We should respect the differences we have and ensure that these differences do not divide our community. What we have to realise is that these differences ought to be our strength as people have embraced Islam regardless of their nation, race, or status.

I hope that as Muslims in Singapore, we will always be appreciative and grateful for the countless blessings Allah has endowed us within our homeland. Allah has said in Surah Fatir, verse 3:

Is there any creator other than Allah, who provides you with your sustenance from the heavens and the earth? There is no God but He. How can you then be deluded (from the truth)?

And while we have to be grateful for our blessings, we should not forget the hard work that our past generations have put in. The fruits borne from their efforts are being reaped by us today. We have to continue their legacy by upholding the values of Islam and placing importance on peace and harmony for our country, in hopes that our future generations will then reap benefits from our efforts.