Tuesday, 18 Feb 2020
The Importance of Social Cohesion in Islam
Why is social cohesion so significant and what does Islam say about it?
by Ustaz Ahmad Ridha Bin Ramlan 2020-01-29 • 17 min read
Ustaz Ahmad Ridha spent 12 years of his studies at Madrasah Al-Junied Al-Islamiah. He later furthered his studies in the faculty of Islamic Religious Knowledge at the International Islamic University Malaysia, majoring in Islamic Jurisprudence and minoring in Political Science.
2020-01-29 • 17 min read 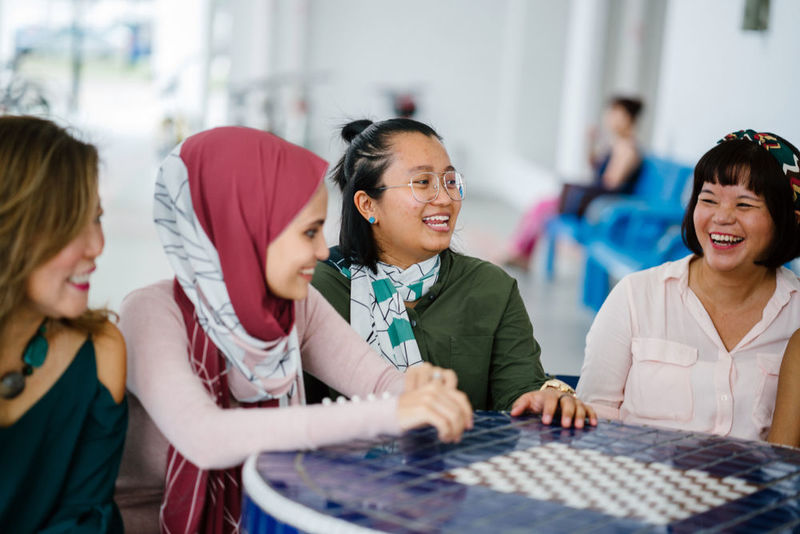 In 2019, there were multiple attacks on religious establishments and individuals around the world such as the Christchurch mosque shootings in New Zealand, St. Anthony’s Shrine bombing in Sri Lanka and continuous attacks on the Jewish community in the United States. These unfortunate events highlight the importance of social cohesion and the impact of its absence in a community.

For example, the devastating Christchurch attack witnessed a far-right extremist trying to sow discord by releasing a hate-filled, anti-immigrant manifesto to his social media account before he attacked two mosques, killing 51 Muslim congregants. Sri Lanka's Easter Sunday bombing was another violent incident that took the lives of more than 250 worshippers, committed by those who claimed to do it in the name of their faith.

These dark episodes of 2019 show why it is important for us to work together to maintain social cohesion and peaceful co-existence in a plural society like Singapore. We cannot afford to experience such terror attacks on our soil that threaten to destroy our social fabric and resilience as a nation. As Muslims, it is important for us to ensure peace and harmony are maintained and continuously developed so that we can all live our religious lives confidently and comfortably.

Establishing The Significance of Social Cohesion

Realising the significance of social cohesion depends on one’s capacity to reflect internally on any arising issue, on his or her willingness as a member of a society to cooperate and be tolerant with each other through shared/universal values, in order to maintain harmony and prosperity in a multicultural, multiracial and multi-religious Singapore.

As Shariah is value-driven as much as it is about forms and rituals, Muslims should realise that social cohesion is in line with the objectives of Shariah in its preservation of life and religion.

The absence of social cohesion in a community would lead to hate, intolerance, fanaticism and eventually, violence. All of those internal attributes/tendencies would and perhaps have threatened the preservation of life and religion based on the act of some individuals who are not willing to cooperate, tolerate and understand the differences present in society.

And do not kill the soul which Allah has forbidden, except by right

The chaotic state of Madinah before the Prophet’s migration from Makkah is a clear example of the significance of social cohesion in Islam. It is recorded in history that the tribes of Aus and Khazraj were in a perpetual state of conflict with one another before the arrival of the Prophet s.a.w and the Muhajirun. The arrival of the Prophet s.a.w. ended the feud and established peace and brethren between the 2 tribes of Aus and Khazraj and, at the same time, between the Muhajirun and Ansar. Social cohesion in Madinah between different religious groups was achieved and materialized in a document known as the Charter of Madinah in recognizing the rights and responsibilities of minority religious groups and through the building of Masjid Nabawi as recorded in Fiqh Sirah by the late Sheikh Saeed Ramadhan Al-Bouti (may God have mercy on his soul). 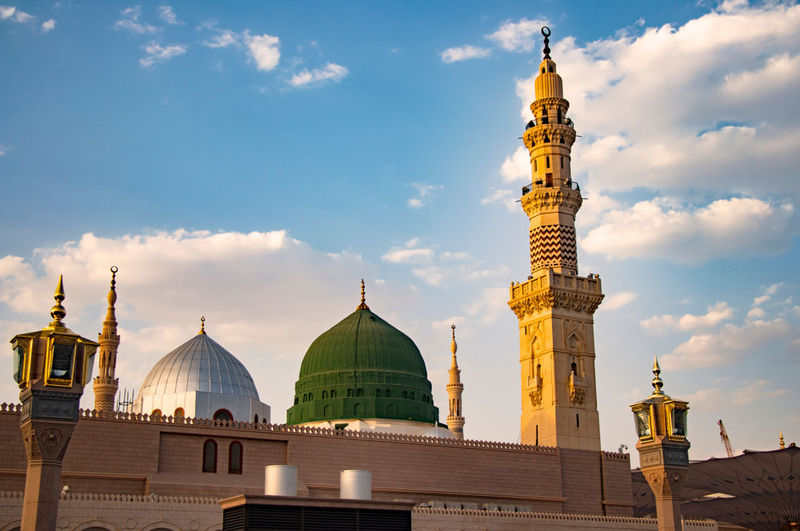 A portion from the Charter of Madinah mentioned by the Prophet s.a.w. recognises religious rights for the minority communities:

“The Jews from the tribe of Bani ‘Auf are a part of the community with the believers. For the Jews their religion and for the Muslims their religion.”

It is reported by Anas Ibn Malik:

“When Abdul Rahman bin `Auf (from the Muhajirun) came to us, the Prophet s.a.w. made a bond of fraternity between him and Sa`d bin Ar-Rabi`(from the Ansar) who was a rich man, Sa`d said, "The Ansar know that I am the richest of all of them, so I will divide my property into two parts between me and you..”

The Prophet s.a.w. did not just make the bond of fraternity between the two mentioned names in the hadith above, but there are other reports which showed that the Prophet did the same thing for the rest of his companions.

Another instance is recorded in the book ‘Uyoonul Al-Athaar by Ibn Sayyidin-Nas and Prophetic History by Ibn Hisham, where the names of other companions are mentioned alongside with other people of Ansar of Madinah. It is said that there are 100 names mentioned by the Prophet s.a.w - 50 from the Muhajirun and the other half from the Ansar. This was done so that the Muhajirun may work together with their partners from the Ansars and subsequently gain financial stability and dependence. This is also to avoid the Muhajirun from relying on the charity of others or idling around and not doing anything productive.

Allah s.w.t. then described the traits of the people of Al-Ansar in Surah Al-Hashr, verse 9:

“And [also for] those who were settled in al-Madinah and [adopted] the faith before them. They love those who emigrated to them and find not any want in their breasts of what the emigrants were given but give [them] preference over themselves, even though they are in privation. And whoever is protected from the stinginess of his soul - it is those who will be successful.”

How do we achieve social cohesion? 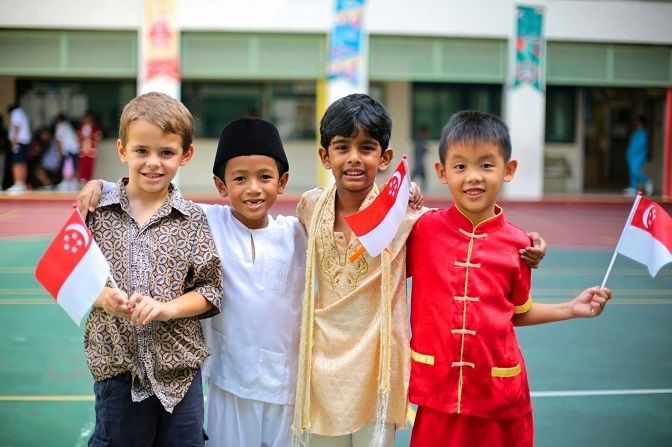 The above historical account goes to show that social cohesion is a fundamental building block towards constructing a peaceful, harmonious and progressive community. To further highlight the significance of social cohesion is to revisit the universal values that are shared among human beings and entrusted to us regardless of one’s religious inclination.

Abu Zahrah in his book entitled International Relations has highlighted 10 guiding principles/pillars derived from Quranic verses and prophetic texts that are crucial in maintaining a cohesive society. To mention a few:

Verily we have honored the children of Adam (Al-Isra: 70)

“Allah helps His slave as long as he helps his brother”. (Sahih Muslim)

Allah reiterates this principle at the beginning of Surah An-Nisa:

O humanity! Be mindful of your Lord Who created you from a single soul, and from it He created its mate, and through both He spread countless men and women. And be mindful of Allah—in Whose Name you appeal to one another—and honour family ties. Surely Allah is ever Watchful over you. (Surah An-Nisa’, 4:1)

Allah mentioned the virtue of being tolerant in Surah Al-Hujurat by depicting the intent of creating humans differently from one another:

O mankind, indeed, we have created you from male and female and made you peoples and tribes that you may know one another. (Al-Hujurat, 49:13)

Knowing that all of the values are divinely supported by the Quran and Hadith, it is only common sense that Muslims are to observe these principles in our interactions with people and similarly with those of other faiths. Since these values are shared by all human beings across the globe, non-Muslims and Muslims alike should not be outwardly engrossed on the differences that we have but it is rather productive to look inwards at the values that we share. Limiting our view only to the differences without the aim for an understanding could only be a hindrance to social cohesion.

As-Shaikh Abdullah Ibn Bayyah, in his book on Fiqh for Minorities, listed down 3 possible attitudes of religious minorities living in a secular country namely: 1. To live in isolation 2. To live in integration 3. To live in assimilation. He then noted that the middle possibility is the moderate position among the possible attitudes and defined the middle option as a state of positive response that points to giving effect and being consciously affected himself, in which the minority preserves its characteristics and fundamentals and takes from the majority its distinctive and positive traits to create a sphere of shared values.

Therefore, observing shared values between minority groups and majority groups does not entail the minorities to forsake and compromise on their specific features and characteristics for the interests of the majority groups. Rather the shared values would serve as a means for individuals to integrate and build a cohesive community while holding onto respective religious core beliefs and practices.

“Allah does not forbid you as regards those who did not fight you on account of faith, and did not expel you from your homes, that you do good to them and deal justly with them, surely Allah loves those who maintain justice”

A profound hadith of the Prophet says:

“Messenger of Allah (ﷺ) said, "Fear Allah wherever you are, do good deeds after doing bad ones, the former will wipe out the latter, and behave decently towards people”

As human beings, we tend to take advantage of the good things presented to us in life whether we noticed it or not. At the same time, human beings tend to focus too much externally on any arising issue in search of a solution. I strongly believe that these human tendencies have lessened our appreciation of the good things around us and hindered us from looking internally for a solution to any problems. We should appreciate the peace and tolerance in our society as they are blessings and therefore, a trust from Allah s.w.t. This is especially important because certain countries do not enjoy peace and stability.

“And [remember] when your Lord proclaimed, 'If you are grateful, I will surely increase you [in favor]; but if you deny, indeed, My punishment is severe.”

As a result of such deprivation - being the absence of social cohesion - it leads to the widespread of chaos and acts of aggression which are directed towards religious, cultural and political establishments and personnel. This is due to the lack of internal diagnosis of any issues such as asking ourselves “what did we do or not do to cause the problem or making it worse?”  or “are we willing to cooperate, tolerate and understand on what divides and unites us at the same time?”.

The famous saying of Ibn Abbas r.a. would serve as a timely reminder for everyone to reflect internally when something befalls us: