The Importance of Learning Islamic History: 3 Benefits You Can Get ‘Those who cannot learn history are doomed to repeat it."

The importance of learning history may be neglected today when we are more concerned with emerging issues and future challenges. However, it is vital to realise that balance is the key to everything.

A car shouldn’t be driven by just looking through the front-view mirror, unaware of its surroundings. It is equally important that the side-view and rear-view mirrors are used too. In other words, seeing a holistic view of the world—with both eyes on the past, present, future—is of more benefit than just occupying ourselves with current and future issues.

The term ‘Islamic History’ encompasses a wide spectrum that has political, geographical and social elements. In its simplest understanding, Islamic history here refers to past events and figures that are related to Islam and its adherents - the Muslims.

Thus, this article wishes to highlight the importance of understanding our complex Islamic history and how we can move forward with our faith in today’s post-modern world. 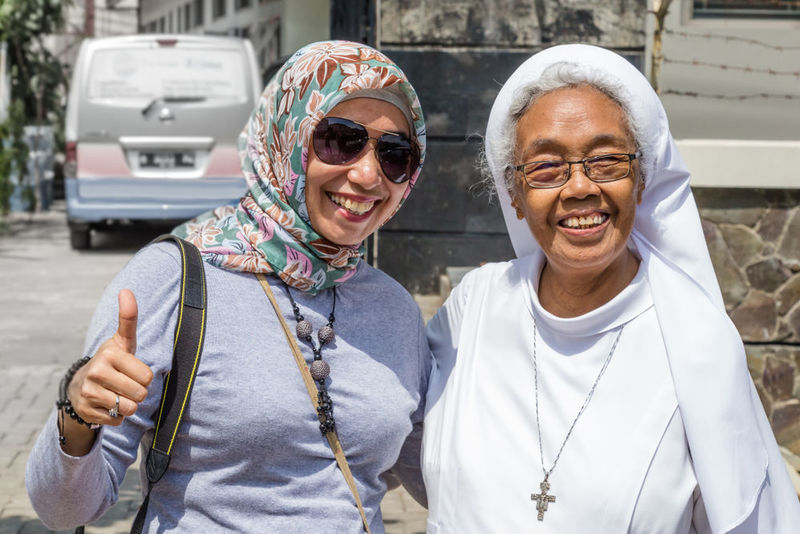 Our identity is largely shared by our faith tradition and it includes the values that we are taught. These values not only shape our perspective of our immediate surroundings, but they influence our thinking and our character. Our values inherently come from our parents—what they deem as right and wrong are usually followed by their children—but our values should also come from learning about the figures of our History.

Let’s take the values exemplified by our second caliph Umar r.a, also known as ‘Al-Faruq’, which means ‘one who distinguishes between right and wrong’.

If we delve into history, only few would disagree that he was a firm supporter of Islam and a fair and just leader in his rulings and appointments. He was also notable for being innovative and emphatic in improving the lives of those around him.

As recorded in the History of the Jews: From the Roman Empire to the Early Medieval Period, it was mentioned that Umar r.a. abolished the hundreds of years ban on Jews from entering Palestine, even allocating them an area to live in. He established an efficient system of governance that was unheard of in Arabia at the time, as well as the bayt al-mal (house of wealth) that was used to help the poor and needy in the community.

These values of Umar r.a.— his fairness towards his people, innovation in acquiring solutions, emphasis on upholding universal human rights and cultural diversity—run parallel with the values shown in the Quran and the Prophetic tradition.

One example of the Prophet s.a.w upholding universal human rights and cultural diversity would be how the Muslims, Christian and Jews lived together during the Prophet’s time in Madinah. With the establishment of the Constitution of Madinah, the Prophet s.a.w ensured that the local community received their respective rights.

These values that were exemplified by Prophet Muhammad s.a.w and Umar r.a would serve us well if we are to adopt them in our lives, allowing us to form an identity that is not only of benefit for us but also for those around us as well.  It shaped us to develop an inclusive outlook in our faith and embrace an identity that is always open to peaceful co-existence.

2) We Can Learn From Historical Incidents 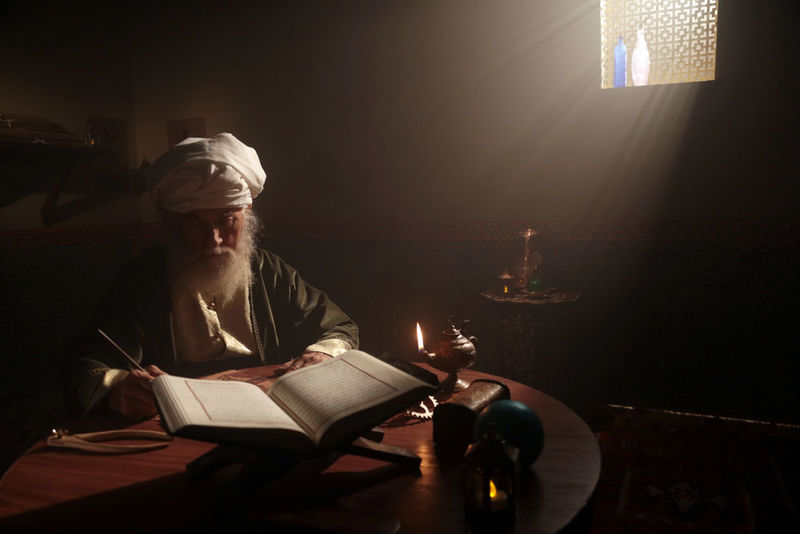 History, in general, is filled with unfortunate incidents that involve unjust rulers, violence and betrayals. Islamic History is no different. With Islam having been in existence for well over 1500 years, our history has its fair share of the rise and fall of civilizations.

In one of the dark episodes of our Islamic history, the Prophet’s grandson was killed in civil strife that lead to division among Muslims. The looting and sacking of Baghdad by the Mongolians, then the capital of the Islamic empire, was also one of the tragic incidents in history. It was believed that thousands of books from the Grand Library of Baghdad that held precious knowledge were destroyed, and their leather covers were used as sandals.

But our history is not all gloom and doom.

When reading about one of the notable thriving eras of Islam from the seventh to the thirteenth century—in which arts and science flourished - where poets, scholars, engineers lived side by side in a time whose light still shines upon our lives today - it would be impossible not to feel inspired and proud of our history.

Inspiring individuals such as Ibn Sina and Ibn Al-Haytham contributed greatly to their fields, with their achievements are still lauded by modern academicians. For the poet Rumi, his poems are still reprinted until today, giving much relief to parched souls.

The great Islamic empires in our history— The Rashidun, Umayyad, Abbasid, Ottoman—achieved many great things that influenced the world as we see it today. But like all fallen empires, there is much we can learn from their rise and decline.

Be aware, though, that when reading about these notable figures and empires, the objective is not just to be proud of our past achievements and romanticising it in our present time—for pride on its own is futile—but to be inspired by the positive qualities shown in history and take heed from the undesirable ones.

By reading historical books such as this, not only do we learn the wisdom extracted by scholars from certain incidents, but it teaches us how we should have faith in the unfortunate incidents of our lives too, and if we look at them deeper, we would see the wisdom that Allah has decreed.

3) Develop a Wider Perspective of the World 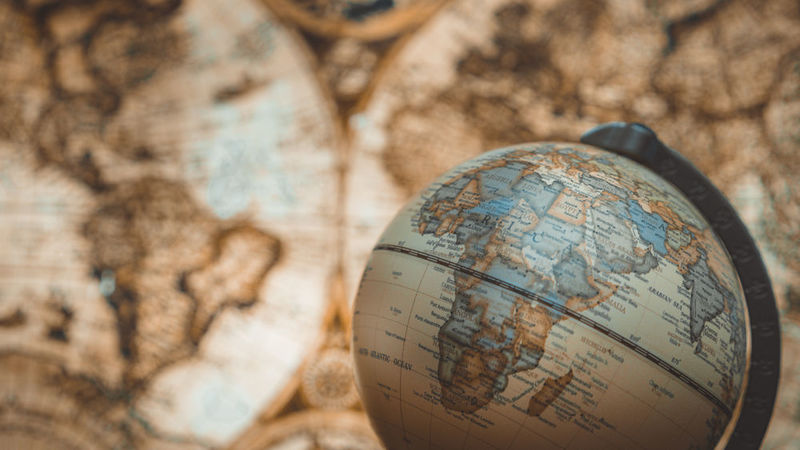 One of the benefits of reading about history is that it helps you develop your perspective. A person with a wide perspective of his surroundings will always bring more benefit than a person who is not open to other perspectives. While the latter would often judge things at face value, the former would learn to consider the history behind certain actions, thus allowing dialogue to naturally form and alleviate any misunderstandings between groups and factions in Islam.

A deep understanding of our history will help to understand why there are differences within Islam and these differences lead to some form of conflict in the past.  For example, a certain sect within Islam is often being condemned and to some extent even being labelled as being infidels. Without understanding the genesis that led to these schisms that exist in our tradition, we tend to brush others aside for being different. However, through a genuine understanding of history, both the history of co-existence and conflict, we will be able to find a better way forward to live in harmony. This practice of attempting to understand the other side of the chasm may mitigate long-standing friction between certain factions of understanding and prevent full escalation of unnecessary conflict.

The best course of action, when faced with something we are not sure about, is not to jump to our own negative conclusions, but to humble ourselves and reserve our judgements first. When we encounter differences, our first reaction should not be to rebut others and prove them wrong but to listen with empathy and understanding. We should aspire to build a diverse community that celebrates each other’s differences and works together towards the common good.

It is also through reading history that would enable us to identify certain problems and issues that plague our society and the Muslim community as a whole.

In Prince Ghazi’s book A Thinking Person’s Guide to Our Times, he stated that the Islamic World is undergoing perhaps its greatest ever crisis. To cure ourselves, we would have to diagnose the problems plaguing us, and to do that we would have to study the root of causes that originate in history.

In studying our Islamic history, we need to develop critical thinking. Books written to describe our historical events are not free from biases. In this age where information is literally at our fingertips, the least we can do is be critical of the sources and books that we consume as certain content is produced neither objectively nor accurately. We need to exercise our criticality and to diversify our sources so as not to develop only one particular understanding of history. There are various works of literature on Islamic history that one can read and analyse.

Lastly, to emphasise the importance of learning history, allow me to share two quotes from our Muslim scholars. Al-Hafiz As-Sakhawi in his book, The Declaration of Criticism Against Those Who Defame History, cited scholar Al-Jundiy who said that the stories about the past prophets and their people in the Quran are proof about the importance of historical knowledge, while Imam As-Syafi’i reportedly said, ‘Whoever studies history, his intellect is elevated.’