An important idea that contributes to shaping attitude towards non-Muslims is the view that all non-Muslims are the same in their attitude towards Islam and Muslims. They will never be pleased unless all Muslims abandon their religion and follow the non-Muslim’s way of life. All non-Muslims share common hate towards Islam and will never cease conspiring against it. This view could be found in Imam Samudra’s book “Aku Melawan Teroris” and various speeches made by Usamah bin Laden.

To support such a view, its proponent would cite the following verses:

“…..Your enemies] will not cease to fight against you till they have turned you away from your faith, if they can.”

“For never will the Jews be pleased with thee, nor yet the Christians, unless thou follow their own creeds….” 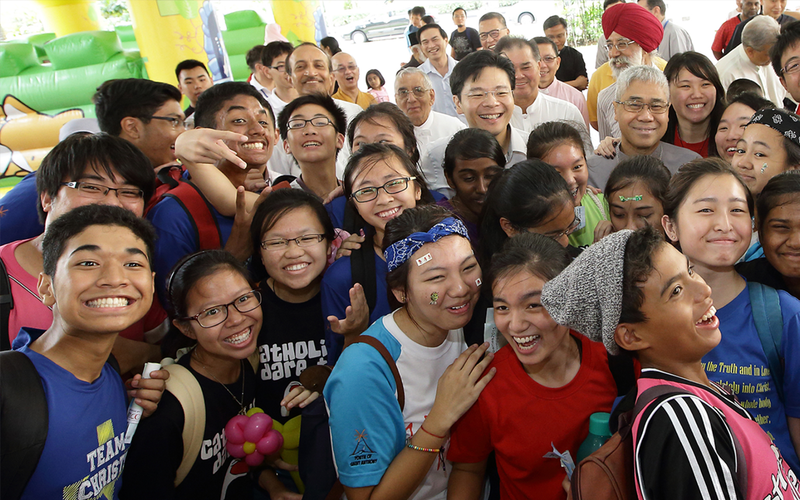 Sayyid Qutb also share similar inclination by emphasising that the nature of relationship between Muslim and non-Muslim community is conflict due to the fundamental differences between both communities; the former is based on full submission (`ubudiyah) to Allah only and the other is based on submission (`ubudiyah) to fellow humans or false gods from the Islamic perspective. It is therefore certain that man-made beliefs and ideologies will see Islam as the main threat. Thus, they will always strive to undermine Islam and Muslims. To support the above two verses, he highlighted the conspiracy between the Arab pagans and the Jews, against the Prophet even though in Islam the Jews were accorded a special status as People of the Book. The respect shown to them does not prevent them from committing treason that goes against the Madina Charter they have agreed upon previously. Sayyid Qutb also viewed contemporary cases of cooperation between communists, polytheist and Christians against Muslims in Russia, China, Yugoslavia, Albania, India and Kashmir in the same light.

The fundamental problem in such view is that it generalises all non-Muslims as one monolithic group. Reading the two verses in isolation of other verses has contributed to this over-generalisation. As a result the conclusion drawn from the above verses becomes inconsistent with the position taken by the Quran towards non-Muslims. 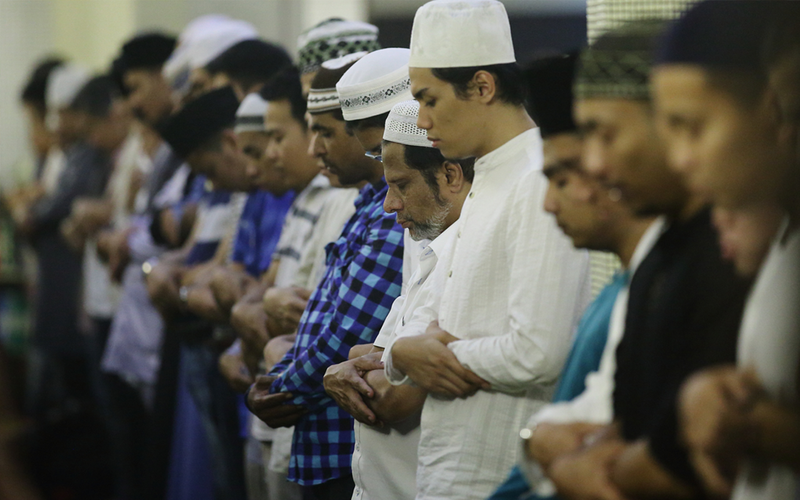 In reality, the Quran acknowledges that non-Muslims are not one monolithic group. It is in this light that the Quran advises the Muslims on the proper mode of interaction with various types of non-Muslims. The two verses previously cited if read in conjunction with other verses of a similar theme would provide a more accurate picture of Islam’s attitude towards non-Muslims. For example, the Quran says:

“As for such [of the unbelievers] as do not fight against you on account of [your] faith, and neither drive you forth from your homelands, God does not forbid you to show them kindness and to behave towards them with full equity: For, verily, God loves those who act equitably. God only forbids you to turn in friendship towards such as those who fight against you because of [your] faith, and drive you forth from your homelands, or aid [others] in driving you forth: And as for those [from among you] who turn towards them in friendship, it is they, they who are the wrongdoers!”

The Quran also recognizes that among non-Muslims some are followers of revealed scriptures. In view of this, God referred to them as “Ahl Al-Kitab” (People of the Book) and makes provision for special laws which govern the interaction between Muslims and them. When God declares that the meat (of animals) slaughtered by them as halal (permissible) and that it is also halal (permissible) to marry their women, one cannot but conclude that God intended the Muslims and “Ahl Al-Kitab” to co-exist peacefully side by side:

The differences among the Ahl Al-Kitab are highlighted further in the following verse:

“You will surely find that, of all people, the most hostile to those who believe [in his divine writ] are the Jews as well as those who are bent on ascribing divinity to aught beside God; and you will surely find that, of all people, they who say, ‘Behold, we are Christians,” come closes to feeling affection for those who believe [in this divide writ]: This is because there are priests and monks among them, and because these are not given to arrogance.
For, when they come to understand what has been bestowed from on high upon this Apostle, you cannot see their eyes overflow with tears, because they recognize something of its truth; [and] they say: “O our Sustainer! We do believe; make us one, then with all who bear witness to the truth.”

“For verily, those who attained to faith [in this divine writ], as well as those who follow the Jewish faith, and the Sabians, and the Christians – all who believe in God and the Last Day and do righteous deeds – no fear need they have, and neither shall they grieve.”

“Verily, those who have attained to faith [in this divine writ], as well as those who follow the Jewish faith, and the Christians, and the Sabians – all who believe in God and the Last Day and do righteous deeds – shall have their reward with their Sustainer; and no fear need they have, and neither shall they grieve.”

In the above verses, Allah mentions the Jews and the Christians as separate entities from the believers (Muslims) in a positive tone. There are two possible interpretations for the verses. Firstly, those who are praised among the Jews, the Christians and Sabians are those who have already embraced Islam, the final revelation to prophet Muhammad, and not those who still remain with their faith. Secondly, the Jews, the Christians and the Sabians are praised because of their potential to become true believers and followers of the last and final revelation to Muhammad, in view of the commonalities that they have with Islam. 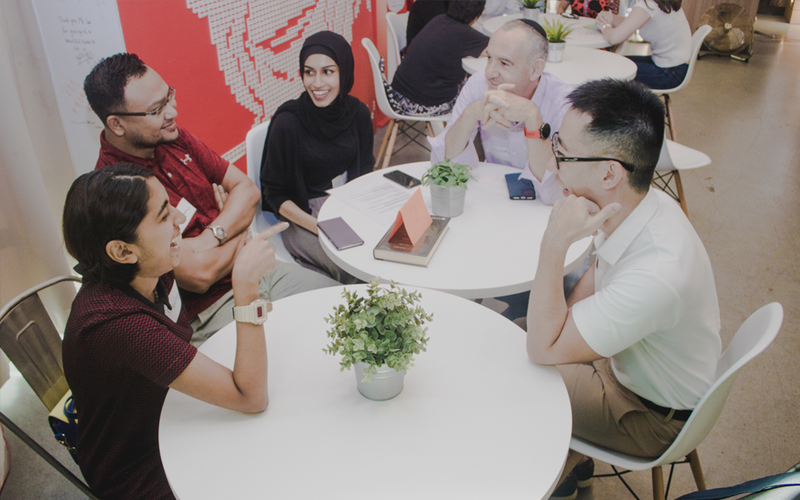 Both interpretations are highly plausible. As for the Sabians that were mentioned in both verses, the scholars differed on their exact beliefs. They were reported to have lived in Iraq, at a time during which Islam had not spread into their homeland. Some scholars were of the opinion that the Sabians were those whom the Prophet’s message had not reached.4 Therefore, the praises mentioned in the verses are not restricted to those who have embraced Islam brought by prophet Muhammad.

Similar perspective can also be found in the following verse:

“For, if God had not enabled people to defend themselves against one another, [all] monasteries and churches and synagogues and mosques – [all of] which God’s name is abundantly extolled – would surely have been destroyed [ere now]. And God will most certainly succour him who succours His cause: For, verily, God is most powerful, almighty.”

In this verse, despite the fundamental differences between Islam, Christianity and Judaism, God mentions monasteries, churches and synagogues positively as places “in which God’s name is abundantly extolled”. This surely does not refer to Muslims performing their prayer in those houses of worship because their place of worship is in the mosque.

Although one can cite examples of the persecution of the Muslims by the Meccan people, the betrayal of the Jews of Medina and the collaboration between the Jews and the Meccans against the Prophet to demonstrate the deep hatred the non-Muslims had, it is also noteworthy to highlight examples of good relationships between the Prophet and non-Muslims. In fact, there were historical instances that showed non-Muslims assistance and support towards the Prophet and Muslims. The following are some of the examples:

1. The Prophet was constantly protected by his uncle Abu Talib who was not Muslim, by popular historical account, until his death.
2. Under intense persecution by the Meccan people, the Prophet commanded his followers to seek refuge in Abyssinia, which was under the rule of a Christian king. He commended the King as a fair ruler who would not wrong any of his subjects.
3. Once the Prophet went to city of Taif to seek support for his message but was rejected. He could not reenter Mecca safely until Al-Mut`im bin `Adiy, a notable figure in Mecca who was not a Muslim, put him under his protection. Abu Bakr, a companion of the Prophet, also received protection from a non-Muslim leader in Mecca.
4. After migration to Medina, the Prophet entered into peaceful agreement with various non-Muslim Arab tribes. The Prophet maintained his commitment to the agreement until his death.
5. The Prophet launched a big punitive military operation against the Meccan, which led to the fall of Mecca into the hands of the Muslims for attacking his ally, an Arab non-Muslim tribe. It was a blatant violation of the agreement of Hudaibiyah that was concluded voluntarily and contain clauses, which favour the Meccan pagans. Amongst the content of the agreement was that both parties would cease attacking each other and this included their respective allies as well for a period of ten years. 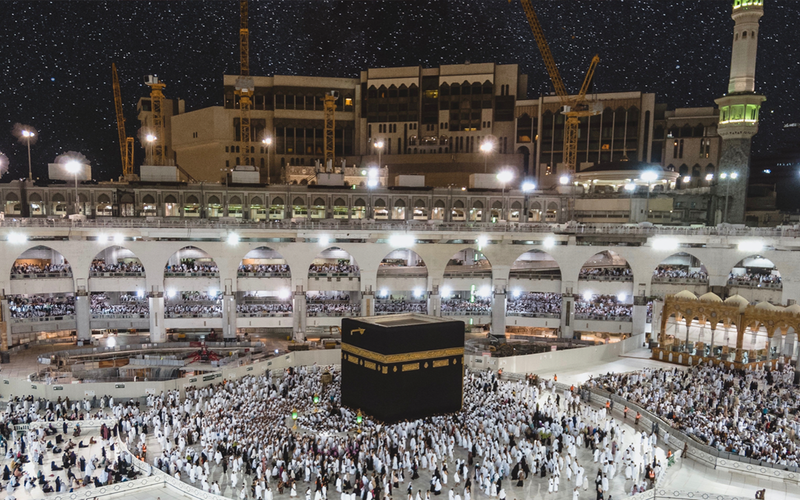 One who studies the Quran carefully will realise that generalisation is not the way to view this world. The Quran also views Muslims in different shades. The Quran says:

“Behold, as for those who have attained to faith, and who have forsaken the domain of evil and are striving hard, with their possessions and their lives, in God’s cause, as well as those who shelter and succour [them] – these are [truly] the friends and protectors of one another. But as for those who have come to believe without having migrated [to your country] – you are in no wise responsible for their protection until such a time as they migrate [to you]. Yet, if they ask you for succour against religious persecution, it is your duty to give [them] this succour – except against a people between whom and yourselves there is a covenant: For God sees all that you do.”

“And those who henceforth come to believe, and who forsake the domain of evil and strive hard [in God’s cause] together with you – these [too] shall belong to you; and they who are [thus] closely related have the highest claim on one another in [accordance with] God’s decree. Verily, God has full knowledge of everything.”

“[And] so, We have bestowed this divine writ as a heritage unto such of Our servants as We chose: And among them are some who sin against themselves; and some who keep half-way [between right and wrong]; and some who, by God’s leave, are foremost in deeds of goodness: [and] this, indeed, is a merit most high!”

These verses show that God classifies the believers into different groups according to the good work they have done. To each He accords the proper status and ruling as He deemed fit. Failure to think along this line in preference to homogeneity would have resulted to an over simplification which put an individual in a position where he sees things in black or white only and in doing so ignores the various shades of grey that God in His wisdom acknowledges.

The original article entitled “They Are Not All Alike” (The Quran 3:113) can be downloaded here.