How Did the Companions Deal With Virus Outbreak in the Past?

Tens of thousands of Muslims died because of the Amawas Plague, including the companions of Prophet Muhammad s.a.w.
by Ustaz Ahmad Ridha Bin Ramlan 2020-04-15 • 13 min read
Ustaz Ahmad Ridha spent 12 years of his studies at Madrasah Al-Junied Al-Islamiah. He later furthered his studies in the faculty of Islamic Religious Knowledge at the International Islamic University Malaysia, majoring in Islamic Jurisprudence and minoring in Political Science.
2020-04-15 • 13 min read

HOW DID THE SAHABA DEAL WITH THE AMWAS PLAGUE? The world is facing the COVID-19 pandemic. Many countries are on lockdown, with people being told to stay at home. Offices are closed, cafes are shut down and common facilities are out of bounds. In Singapore, the circuit breaker measures started on 7 April 2020. Many of us are now working from home.

We are physically isolated from our family and friends who are not staying in the same house. Acts of love and care are now not defined as visiting our parents, being with our relatives or meeting our friends. Instead, being physically away from them today is a responsible act out of care and concern for their well-being. Understandably, this can be hard for many of us. This adjustment requires sacrifices from all of us. It affects us mentally, physically, financially and spiritually.

As we face this challenge of the COVID-19 pandemic, let us dig into our Islamic tradition on how the companions had dealt with the disease outbreaks during their era and reflect on how we can apply the same principles now.

Among the earliest recorded virus outbreaks that took place in the Muslim world can be found in Ibn Qutaibah’s book Al-Maarif.  It was recorded by scholars such as Al-Imam An-Nawawi in his Al-Azkar and Al-Imam Ibn Hajar Al-Asqalani and Al-Imam At-Tabari that there were four other major and known plagues according to Al-Imam Abu Al-Hasan Al-Mada’iniy. In this article, we shall only look at the disease of Amawas in Syam. Amawas took place in Syam (Levant) during the reign of Sayyidina Umar Ibn Al-Khattab. This outbreak cost the lives of thousands including the companions Abu Ubaydah and Muaz bin Jabal as well as Muaz’s and Khalid Ibn Al Walid’s families. Despite this tragedy, it is worth looking at the conduct of the companions even when they and their loved ones were afflicted by the disease.

How Did the Companions Manage The Outbreak?

Before the demise of Abu Ubaydah Al-Jarrah r.a, he radiated positivity through his sayings, commendable and exemplary conduct and calls for unity in facing adversity such as the onset of Amawas during his time in Syam. Indeed, Abu Ubaydah r.a. was among the frontliners who served others tirelessly when the tragedy took place. He stayed by those who were afflicted by the disease, aided them and was seen and heard by the other companions and the public consoling them.

In a well-known address to the general masses, that was recorded by Imam Ahmad in his Musnad (Narrations) and mentioned in Al-Bidayah Wan-Nihayah by Imam Ibn Kathir, he said:

“O People! This affliction is a mercy for all of you, the prayer of the prophet, and the passing of the righteous is before you.”

Soon after Abu Ubaydah’s death due to the disease, other companions r.a. followed his exemplary actions. Muaz ibn Jabal r.a, who died after losing his children and family to the virus, was among those who patiently emulated the same positivity by uttering the exact uplifting words of encouragement of Abu Ubaydah r.a.

He also offered advice, as recorded by Muhibbuddin At-Tabari in his book, Ar-Riyadh An-Nadhrah Fi Manaqibil Ashrah - Radiant Meadows on the virtues of the Ten (Companions of the Prophet who were given glad tidings of Paradise),for the Muslims to reflect on their actions and relationship with Allah s.w.t. During the funeral of Abu Ubaydah r.a, Muaz r.a said:

“O People! Repent to Allah for your sins, for there is no servant who returns to Allah in the state of repentance, except Allah forgives him. Whoever has not settled his debt, should fulfil it. Verily a servant is tied with his debt. Whoever of you has parted from their brother should reconcile.”

The two pieces of advice from Abu Ubaydah and Muaz ibn Jabal r.a. serve as a timely reminder for Muslims to reflect on their spiritual, social relationship and responsibility towards Allah s.w.t and others.

Neither of them pointed fingers at each other or put the blame of the outbreak on anyone. Instead, the companions chose to help one another by advising the Muslims to reflect on their religious duties and social responsibilities towards one another.

Even with the suspension of congregational prayers and other rituals such as performing Hajj and Umrah (minor pilgrimage), we should not let it deter us from self-reflection and continuing other acts of worship. 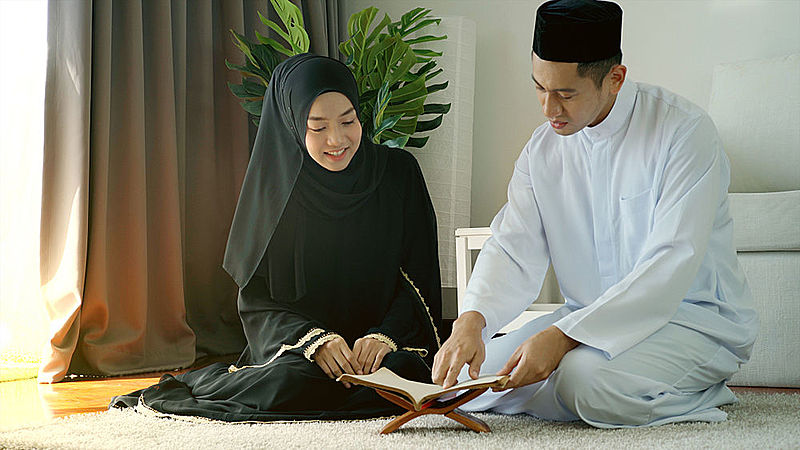 From this short historical account, the companions of the Prophet portrayed 3 important values in dealing with pandemic diseases and they are optimism, patience and self-reflection. It is undeniable that these three values are ingrained within the companions who are guided by the Quranic and prophetic teachings.

Abu Ubaydah and Muaz ibn Jabal r.a. uttered positive words to those who were inflicted by Amawas. The Prophet s.a.w. once said,

“There is no divination (bad omen), but the best type is a good omen. It was said to Allah's Messenger s.a.w: What is a good omen? Thereupon he said: A good word which one of you hears.”

Having good assumptions about Allah is a form of optimism that was also expressed by the companions in the form of supplications they made for themselves and others. 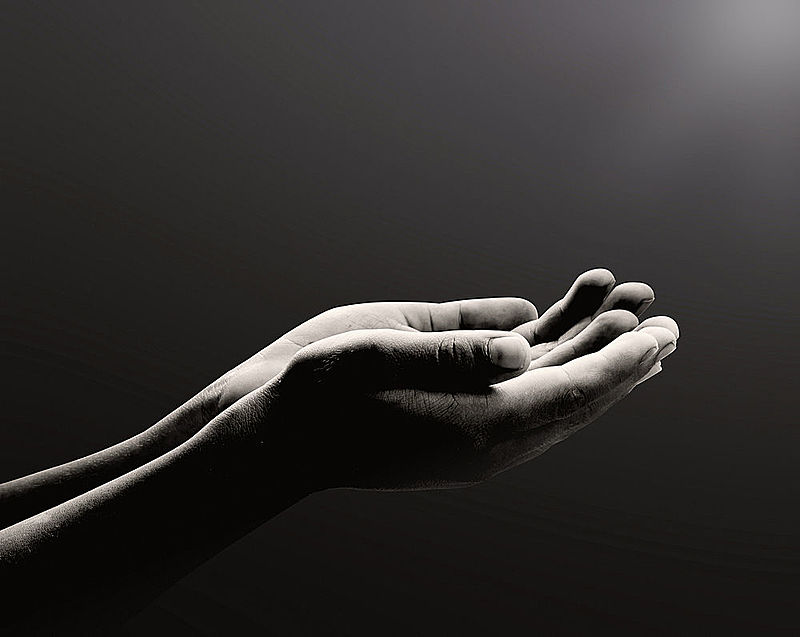 In a famous Hadith Qudsi that encourages one to have good thoughts about Allah s.w.t, Rasulullah s.a.w. mentioned,

“I am as My servant thinks of Me, and I am with him as he calls Me”

A Quranic verse that promotes optimism takes the expression of our faith that we will never be afflicted/inflicted by harm except that which Allah has decreed for us. Allah s.w.t. says in the Quran:

“Say, ‘Never will we be struck except by what Allah has decreed for us; He is our Protector.’ And upon Allah let the believers rely.”

It was recorded in historical sources that 25000 to 30000 people died from the Amawas disease in Syam. Nonetheless, the virtue of patience was consistently seen in the actions of the companions and others, even in the face of the passing of their children and family members. Despite all that, they are in the service of others by aiding the afflicted medically and spiritually through supplicating for them and offering them religious guidance.

A hadith that teaches us the virtue of patience in times of tribulations:

“True patience is that which comes at the first blow."

Admonitions by Abu Ubaydah and Muaz ibn Jabal r.a. was not meant to seek fault and shortcomings of others, but it was meant to encourage Muslims to reflect on themselves. Being in isolation, solitude and hardship has given us the opportunity to do so. In fact, there are many instances where the Prophets sought or were placed by Allah in solitude and hardship. 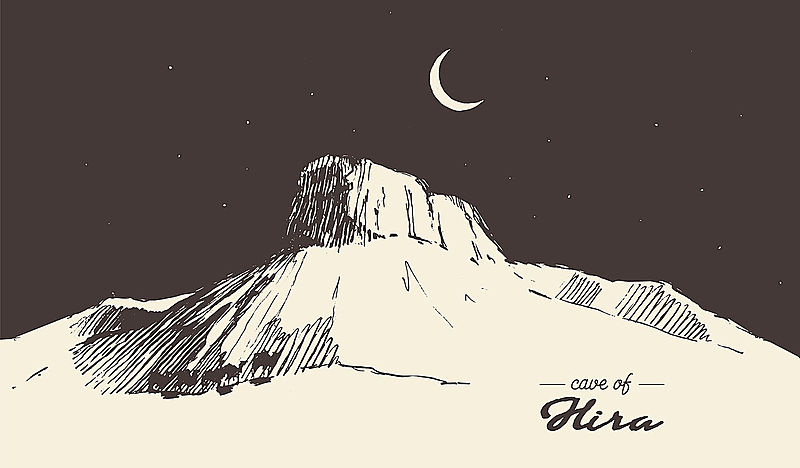 This is when and where they reflected on their spiritual connection with the creator. So let us take this opportunity to learn from the virtues of seclusion and try not to waste time by doing unproductive things.

“O you who believe. Be Mindful of Allah. And let every soul look to what it has put forth for tomorrow -  and fear Allah. Indeed, Allah is All-Aware with what you do. “

Umar ibn Khattab r.a. once said, “Take account of yourselves before you are taken into account; weigh your deeds before they are weighed.”

Al-Imam Ibn Hajar Al-Asqalaniy, in his book ‘Expending Resources in (establishing) the Virtues Of Plagues’, wrote a chapter on Adab or etiquette when afflicted by a plague or other diseases, which reflects the 3 values above:

Interestingly, Al-Imam Ibn Hajar wrote this book in response to the demise of his 3 daughters caused by a plague during his time.

As we endure the challenges we are all facing with COVID-19, the stories from the past Muslims taught us how, as Muslims, we can be resilient. The values embedded in the actions of the companions should be reflected in all of our actions, not limiting it to ourselves but also in our interactions with others who are also struggling with the same situation.

May Allah s.w.t. grant us the virtues of the Prophets and the righteous ones in our response to situations and interactions with others, Amin.

Join our mailing list
SUBSCRIBE
Related Articles
5 Powerful Duas for Protection Against Harm
Muslim.Sg
Free Online Islamic Classes During This Covid-19 Period
Muslim.Sg
9 Best Islamic Podcasts You Have To Listen To
Muslim.Sg
Activities Youth Can Do During This Circuit Breaker School Holiday
Muslim.Sg