by Ahmad Ubaidillah 2020-08-13 • 11 min read
Ahmad Ubaidillah is an alumni of Madrasah Al-Irsyad Al-Islamiah and Madrasah Aljunied Al-Islamiah. He graduated with a degree in Islamic Law and Jurisprudence from Yarmouk University, Irbid, Jordan. His area of interest includes local and regional literature, and Islam Nusantara. He is a Sahabat Sastera under the Majlis Bahasa Singapura and has presented works of Nusantara poetry for Poetry Festival Singapore.
2020-08-13 • 11 min read

Like water gushing from a spring and flowing downstream into rivers, Islam has spread from the land of Arabia to all four corners of the earth. As of 2015, there are 1.8 billion Muslims in the world, spanning throughout the continents and across many countries, adopted by people of various ethnicities and cultures. 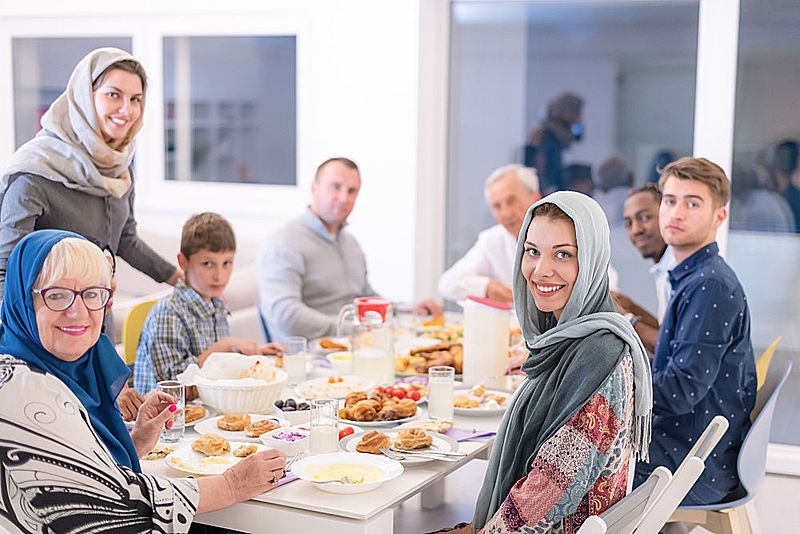 From those who live in the icy cold Arctic of Norway to those living in the dry arid desert of Africa, Islam has been adopted by people as part of themselves, practising the commandments of Allah s.w.t. and the beautiful path left by the Prophet s.a.w. 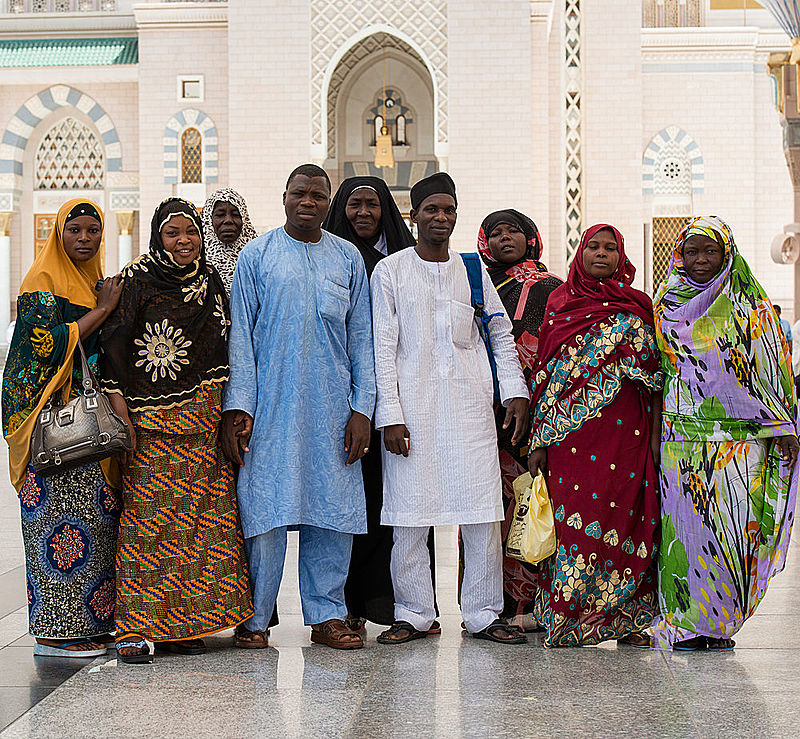 However, though the core message and principles of Islam are undiluted in most of these societies, the way of practising Islam in their lives differs from one another due to their different circumstances. 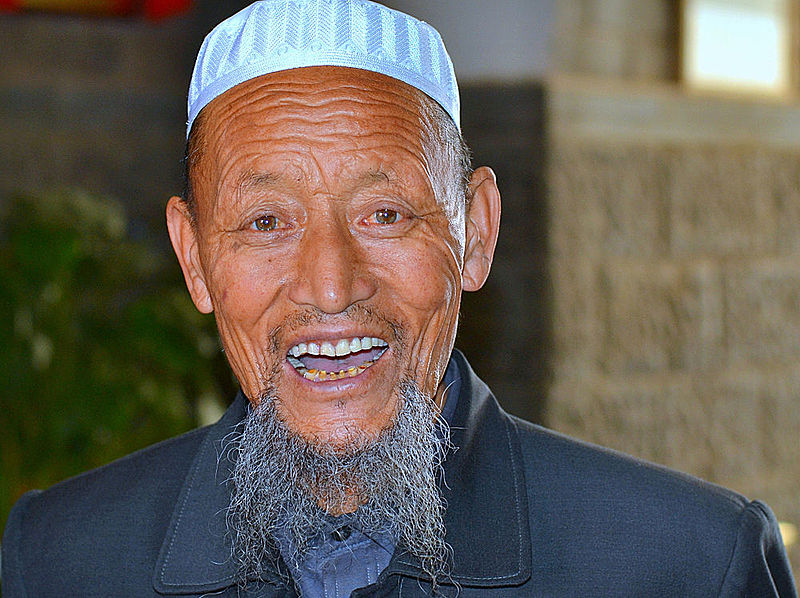 The reality is that Islam in these places is like the rivers that originate from the same spring; its taste and colour change depending on the riverbed and the type of soil, but it doesn’t negate its purity and quality. Though how Islam practised is different in certain aspects, it is still within the permissible boundaries of the religion. They differ on the surface due to their physical and social environment. Despite the differences, they share the same tenets of Islam. O humankind, indeed We have created you from male and female and made you peoples and tribes that you may know one another. Indeed, the noblest of you in the sight of Allah is the most righteous of you. Indeed, Allah is Knowing and Acquainted 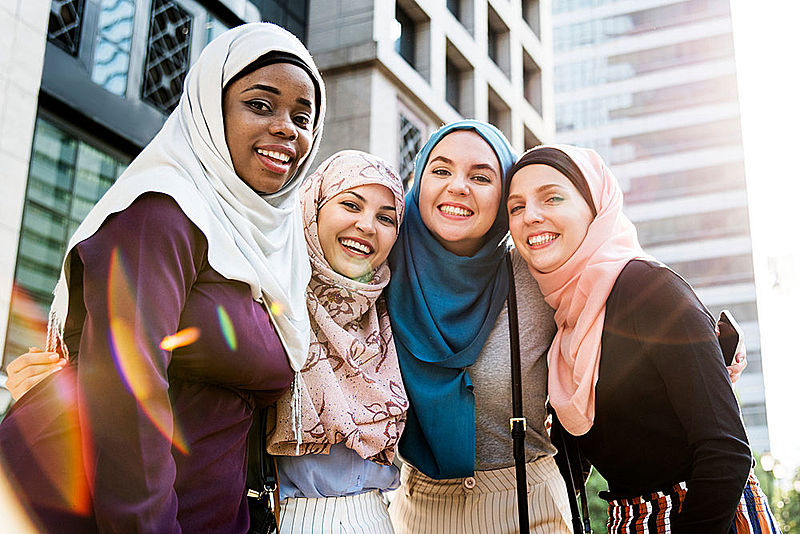 The existence of different cultures and societies is acknowledged and embraced in Islam in this verse. It also notes that each tribe — or society — has its own distinctive features that separate it from one another, and it goes to show that these differences are not at all condemned or disapproved but respected as part of creation. Islam doesn’t seek to radically change a society’s culture. To do so would be against the holistic nature of Islam as it sent to all of humanity.

As the Prophet s.a.w. reportedly said, after permitting the playing of drums and singing by the Abyssinians in the mosque,

Verily, I have been sent with a lenient, upright religion

What Islam seeks to do is preserve what is good in society and eradicate what is bad, as seen during the time of the Prophet s.a.w. The community in Mecca at the time practised several traditions that brought ill to society, such as gambling, drinking, burying of daughters and sharing of wives. While these practices were prohibited by the Prophet s.a.w, there are instances where the Prophet did not prohibit cultural practices by his community. Some even pre-dated his prophethood.

Aisha r.a. reported: The Messenger of Allah s.a.w. came to my house when two girls were beside me singing songs of Bu’ath (a tribal song about the battles between Aws and Khazraj). The Prophet laid down and turned his face to the other side. Then, Abu Bakr r.a. came in and spoke to me harshly, saying, “Musical instruments of Satan near the Prophet?” The Prophet turned his face toward him and he said, “Leave them alone.” (Sahih Al-Bukhari)

Another instance, also reported by Aisha r.a: It was the day of Eid and the Abyssinians were playing with shields and spears (a cultural performance). Either I asked the Prophet or he asked me whether I would like to watch and I said yes. Then, the Prophet made me stand behind him while my cheek was touching his cheek and the Prophet was saying, “Carry on, O tribe of Arfidah.” (Sahih Al-Bukhari)

Imam Al-Ghazali said in his magnum opus, Ihya’ Ulumuddin “All of these traditions are reported in the two authentic books, Sahih Al-Bukhari and Sahih Muslim, and they demonstrate that singing and playing is not unlawful.”

Imam Al-Ghazali then continues saying that we can derive lessons from these two narrations. Amongst others, two lessons that were deduced by Imam Al-Ghazali is that it is permissible to perform such an act, undoubtedly it is part of the culture of the Abyssinians to dance and perform. Secondly, the fact that the Prophet s.a.w said towards the performers “Carry on, O tribe of Arfidah” as a request that they should continue to perform.

The above hadiths show that it is permissible to be Muslims while preserving our cultural identity through practising our cultural traditions, as the Abyssinians did in the presence of the Prophet, with an expression from him to continue their activities. The versatility of Islam has allowed it to adapt in diverse climates without negating its core values and principles, thus enabling Islam to manifest through a variety of cultures in the world, be it through clothing, cuisines, and architecture. 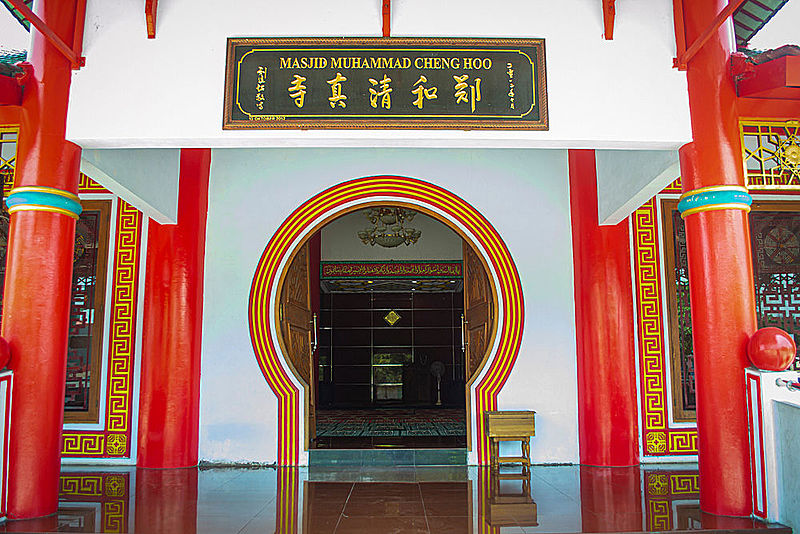 A good example of this practice would be how Islam was first introduced to the Nusantara indigenous community by the Wali Songo — known as the nine saints of Allah s.w.t, responsible for the spread of Islam in the region. Through adopting the local culture, traditions and arts, many were attracted to the values and beauties that Islam presents.

Gamelan, a piece of traditional ensemble music, was used to teach Islamic principles in the songs. Wayang Golek, a traditional puppet theatre, was also used to share stories pertaining to the tenets of Islam to the locals. They never intended to educate Islamic principles at the cost of one’s culture nor imposed a specific Islamic culture.

Another example would be in South America, where there has been a growing number of Latin American Muslims in Chiapas, Mexico. Though their number is small — around 500 — they find strength in their faith by practising what Islam teaches. Through the guidance of Muslim scholars, they have adapted Islam while still holding on to their cultural identity.

One of the ways apparently seen is through their clothing; the women wear a wool skirt tied with a string belt, a colourful blouse, a small sweater, and the hijab. Thus, not only are they identified as Muslims because of their hijab, but they also make it known that their religion doesn’t disconnect them from their indigenous community.

As Muslims, we should always practice what is said in the Quran,

Show forgiveness, enjoin what is good, and turn away from foolishness

Though Islam doesn’t deny us the right to embrace our cultural traditions, there might be practices that are against the commandments of Islam. As seen in the Arab community before the arrival of Prophet Muhammad s.a.w, certain cultural practices have to be abandoned as they do not bring benefit and only harm the society. Only then can we enjoin what is good in our culture and the teachings of Islam to bring benefit to ourselves and our community.