3 Ways Prophet Muhammad s.a.w. Showed Us How to Treat Our Family

Marriage is sacred, and Islam is a strong advocate of it.
by Ustazah Nadia Hanim 2022-10-19 • 7 min read
Ustazah Nadia is a member of Asatizah Youth Network (AYN). Before graduating with B.A. Usuluddin from Al-Azhar University, she studied women’s fiqh extensively at Daruz Zahra in Tarim Hadramaut, Yemen. Ustazah Nadia currently heads Al-Wafa’, an institute that aims to provide moral and spiritual guidance and illuminate souls through knowledge and wisdom.
2022-10-19 • 7 min read

Marriage is sacred, and Islam is a strong advocate of it. The act of marriage is considered a religious and sacred union through which the social unit - family, is established and where spouses can live together in peace and tranquillity. It is important for us to reflect on its objectives and to understand its significance from the Islamic frame of reference. Prophet Muhammad s.a.w. taught both men and women that the key to a successful marriage and a blissful family is a healthy relationship between husband and wife. To attain an abode of tranquillity in a marriage, he showed us that there must be mutual love and respect between husband and wife. The Prophet s.a.w. was kind, gentle, understanding, forgiving and respectful towards his household.

Your spouses are a garment (a metaphor for comfort, chastity, and protection) for you as you are for them

Mutual love beautifies a marriage but having taqwa (God-consciousness) is the most important factor because love may fade over time. If love does fade, Islam still emphasises on the importance of mutual respect between husband and wife.

One of the great scholars of the early Muslim generation (Tabi'un), Hasan Al-Basri, once adviced a father who was inquiring the traits to look for in choosing a possible spouse for his daughter:

“Give her to a man who has Taqwa. If he loves your daughter, he will treat her well, and if he loathes her, he will not oppress her.” 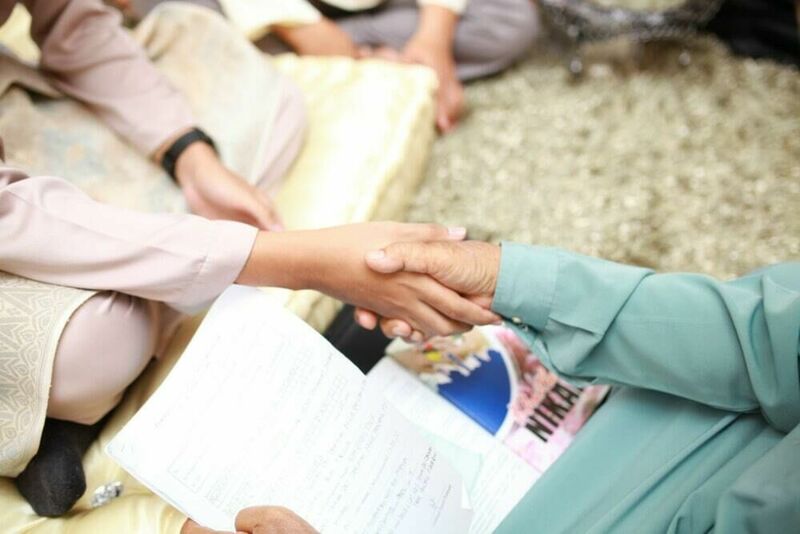 2. Treating Our Family With Kindness

A person is not seen by God as a complete believer if he or she does not treat his or her family with kindness. A true believer adheres to the teachings of Prophet Muhammad s.a.w. holistically, and does not nitpick merely based on his or her own personal inclinations.

Prophet Muhammad s.a.w. grew up in a time when women had very few rights. They were considered inferior to men and were often treated as a property. Unfortunately, It was normal for female infants to be buried alive.

While introducing Islam, Prophet s.a.w. called upon everyone to treat women with respect and honour. It was narrated from Ibn Abbas r.a. that the Prophet s.a.w. said,

"There is no man whose two daughters reach the age of puberty and he treats them kindly for the time they are together, but they will gain him admittance to Paradise."

Kindness is the most legitimate type of romance. Ibn Abbas r.a. narrated that the Prophet s.a.w. said:

“The most complete of the believers in faith, is the one with the best of character. And the best of you are those who are best to their women.”

The biography of the Prophet Muhammad s.a.w. is rich with examples on acts of kindness which he showed to his family, particularly with his wives. To show his affection, he would lie down on the lap of Sayyidah Aisyah r.a. and call her by nickname 'Humaira' which means 'the red one', referring to her fair complexion.

Prophet Muhammad s.a.w. would also do housework and wash his own clothes without troubling his wives. Even when his patience was tried, he was never unkind in his words or deeds. Do we treat our spouses the same way?

3. Communication Is The Key

Communication is essential in a relationship. Speaking gently is one of the traits of Prophet Muhammad s.a.w. The Prophet never used harsh words with anyone. He was immensely gentle towards his wives and children, even when there was a need to correct them. 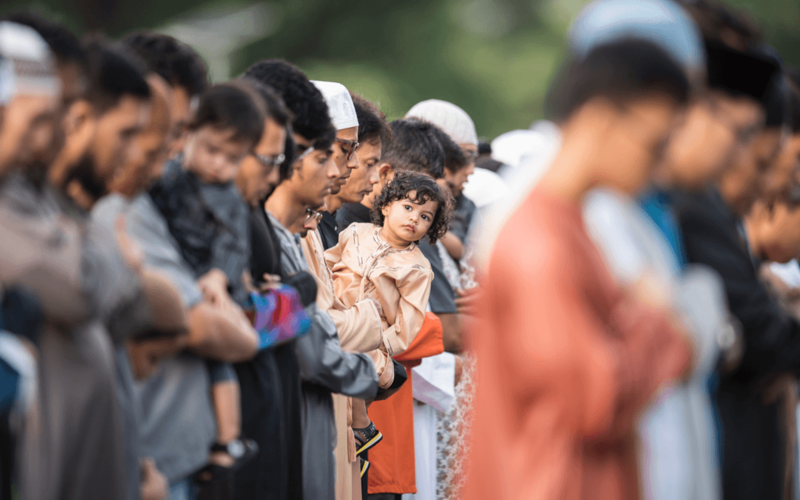 There was a great deal of communication in the Prophet’s household. Prophet Muhammad s.a.w. respected and valued his wives and their contributions and opinions. He listened, acknowledged inputs from them and heeded their advice.

Prophet Muhammad s.a.w loved his daughter Fatimah so much that whenever he saw her entering, he would stand up, kiss her and get her to sit where he was sitting. His actions towards his family provide a clear reflection of the values he upheld. His tenderness in dealing with his wives and children provides examples for us to follow in his footsteps as we interact with our own family. Prophet Muhammad s.a.w. is indeed the best example for any family aiming to establish an abode of love and tranquillity in their household.

Read: Sunnah and Etiquettes of Welcoming a New Home