Some of the rewards for good deeds are distinctly mentioned in the tradition, while some others are undefined. This article explores the concept of rewards (Jaza') in Islam as well as 3 good deeds with unlimited rewards
by Ustaz Muhammad Abdul Mateen Bin Hisham 2022-06-07 • 19 min read
Upon graduating from Madrasah Aljunied Al-Islamiah, Ustaz Mateen pursued his studies at Al-Azhar University and graduated with a degree in Islamic Theology, specialising in Creed and Philosophy.
2022-06-07 • 19 min read

Part of the six tenets of faith for Muslims is to believe in the Final Day or the Hereafter. It is the next phase in life where everything comes together. Injustices will face justice. Ignorance will face the truth. Rewards or punishment will be fulfilled.

Read: 5 Reflections On The Journey of Life

Such a monumental event in the Hereafter is known as Judgement Day or the Day of Reckoning. The condition of an individual therein depends on how the person lives his or her life in this world. Allah s.w.t. reminds us in the Quran:

Ever closer to people draws their reckoning, while they turn away, heedless. 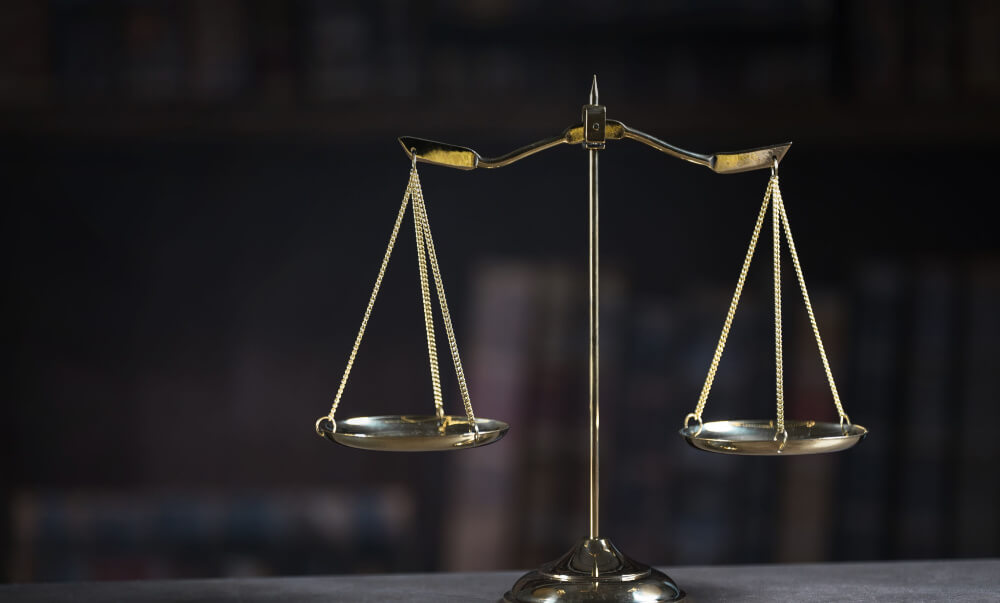 Everything will be taken into account from matters such as our deeds, intentions and repentance. This brings us to a principle:

Rewards match the genus of the deeds.

Bountiful rewards for the doers of good

A good deed will be rewarded, and a bad deed will be held responsible. This concept of Divine ‘recompensation’ is mentioned throughout the Quran, reminding and prompting us to make the right decisions in life.

What's interesting to know is that Allah s.w.t. is not just The Utterly Just (Al-’Adl). Allah is also the Most Merciful (Ar-Rahman), a trait that He describes Himself in the first verse of the Quran. In fact, His Mercy encompasses everything else.

But My mercy encompasses everything

This expression of His Divine Mercy is immeasurable. For example, the equilibrium between the ‘compensation’ of good and bad deeds leans toward inviting goodness rather than a neutral or a pessimistical opportunity. The Prophet s.a.w. informed us in a Hadith: 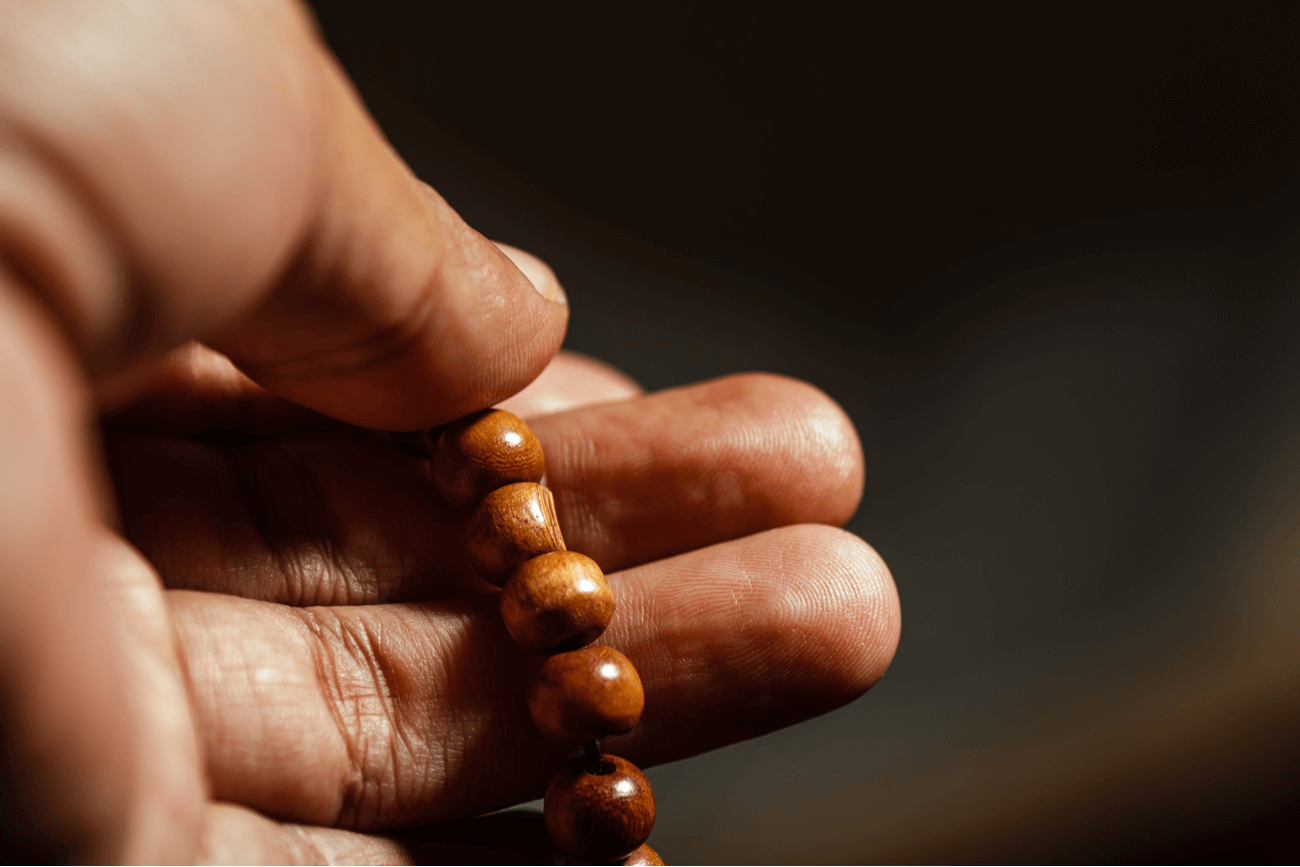 Indeed, Allah intends good for His creations. In many Quranic verses or the Prophetic Hadith, readers will come across specific rewards for many good deeds. Some of the deeds may even take minimal effort to fulfil but entail bountiful rewards - the sunnah act of smiling to others, wearing appropriately, bathing, performing our prayers, paying the Zakat and so much more.

Such apparent disproportion in favour of good deeds can only mean the beauty of Allah’s mercy. In fact, there are some deeds which can amount to even more - so much that it remains to be undefined.

Allah s.w.t. says through the words of Prophet Muhammad s.a.w. in a Hadith Qudsi:

Every deed of the son of Adam is multiplied, a single deed as ten times the like of it up to seven hundred times. Allah Almighty said, ‘Except for fasting, as it is for Me and I will reward it.’

From this Hadith, we can see the contrast between the rewards for all good deeds in general and fasting in particular. Allah s.w.t. did not set the limit due to the magnitude of its rewards. This is how the state of fasting is truly beloved to Allah s.w.t. Even the breath of a fasting person is even dearer to Allah than the fragrant scent of musk. 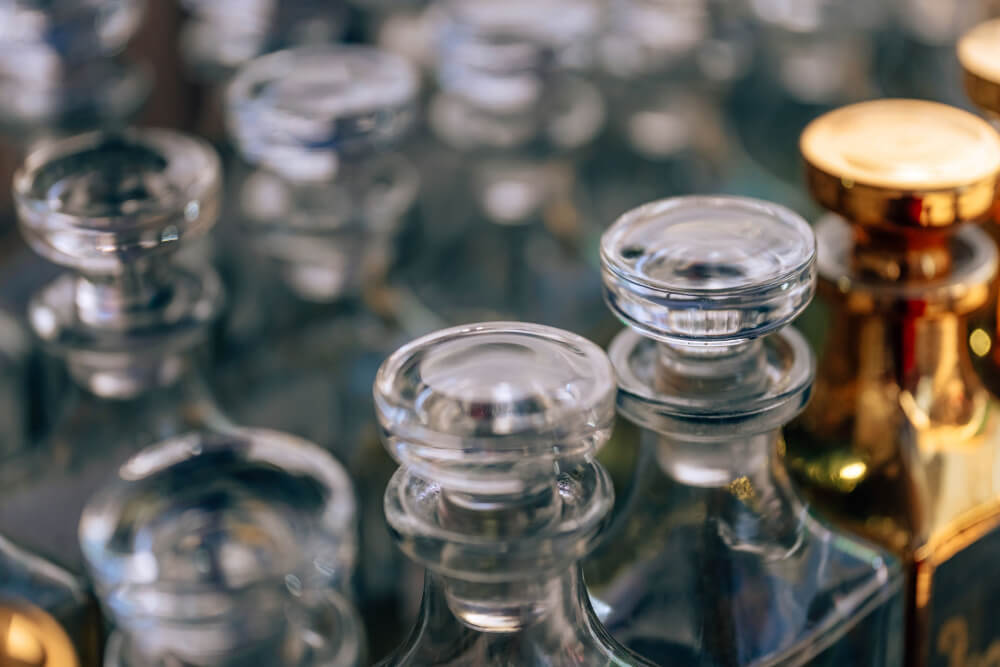 The honorable status of those who fast can be witnessed in the Hadith of the Prophet s.a.w:

Verily, there is a gate in Paradise called al-Rayyan, through which only those who fasted will enter on the Day of Resurrection. No one else will enter it along with them.

Fasting is a holistic act of worship that not only requires us to not consume food and drinks during the designated time, but it also requires us to shun obscenities, vulgarities, inward sins and the likes of it.

Other than the obligatory fasting of Ramadan, our Prophet s.a.w. encouraged us to enliven the sunnah of fasting on Mondays and Thursdays every week, as well as the white days of fasting every month.

Read: Fasting On The White Days

Amongst the Dua we can recite to assist us in fulfilling the act of fasting is the following:

O Allah, help me to fast, stand in prayer (at night) and recite the Quran

Only those who endure patiently will be given their reward without limit.

In his tafsir, Imam Al-Baghawi quoted the companion and cousin of the Prophet s.a.w, Sayyiduna Ali Ibn Abi Talib r.a:

“All devotees will be weighed (their deeds) in a scale and measured by a standard, except for those who are patient, verily patience is much encouraged.”[1]

Patience can be understood as enduring or tolerating. Imam Tahir Ibn 'Asyur, defined Patience as the ability to withstand the self from matters that it does not find comfort or to be fitting with. He then explains that it is for three probable reasons:

The first is for a favourable outcome. The second is for a great reward. And finally, the third is due to the incapacity of removing the discomforting experience without showing resentment.[2] 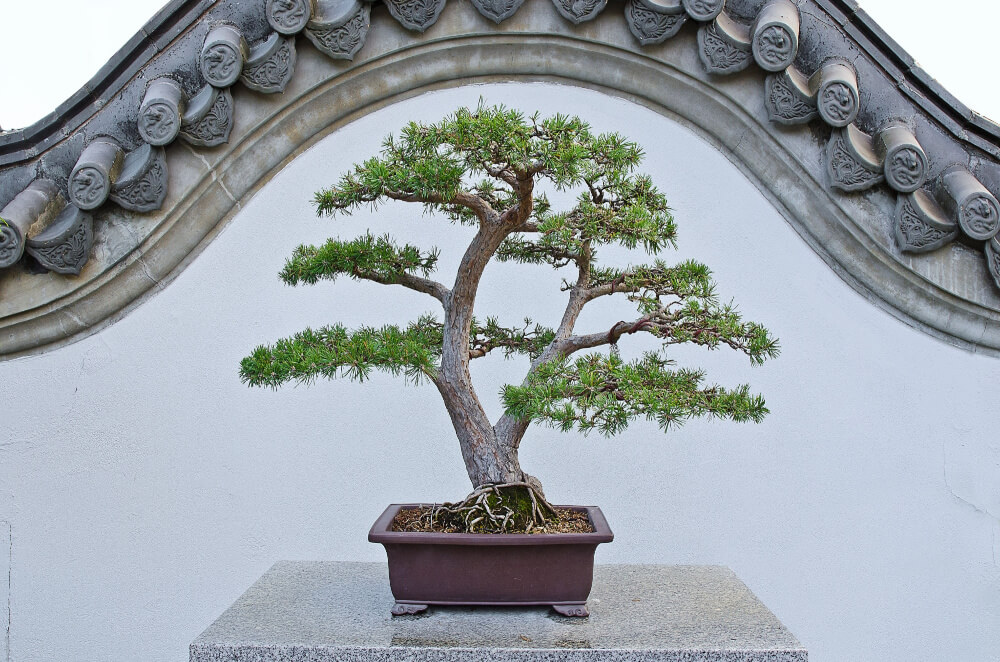 Hence, patience in simpler terms is to persevere from matters that bring uneasiness or discomfort to the self. Hope is an essential part of patience. It means to strive our best while hoping for the best outcome from Allah s.w.t, in this life and the Hereafter.

We may recite the following Dua in hopes that may Allah s.w.t. grant us a beautiful patience:

Our Lord! Shower us with perseverance, and let our death be in submission (to You)

Pardon is a virtue which is discussed in many Quranic verses. Allah s.w.t. says in the Quran:

The reward of an evil deed is its equivalent. But whoever pardons and seeks reconciliation, then their reward is with Allah. He certainly does not like the wrongdoers.

It is firstly worth mentioning that the Quran never promotes an evil deed to be requited with another evil deed. A disproportionate response is both a transgression and an extremism that are forbidden in Islam.[4] Rather, it means that an evil deed can be requited with an established punishment (recognised by the people) equivalent to its severity.[5]

In this verse, Allah s.w.t. did not specify the reward for pardoning. Instead, it is mentioned that the reward will be from Allah s.w.t. When the rewards are undefined, it can indicate the vastness of Allah’s generosity. 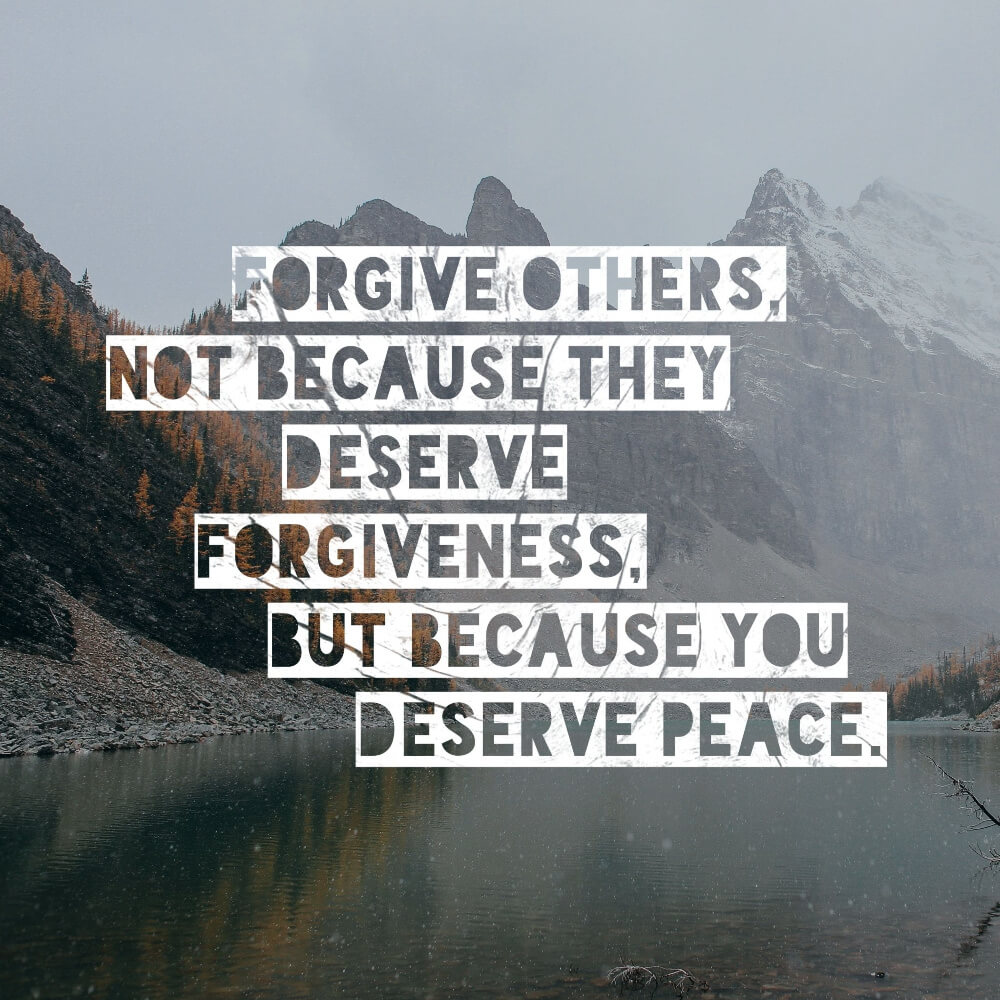 Some scholars of tafsir would draw a connection with a hadith narrated by Imam At-Tabari and Imam Ibn Abi Dunya (with minor differences) where Prophet Muhammad s.a.w. said:

When the servants are made to stand before Allah (in the Day of Judgement), an announcement will be made: “Those whose rewards are with Allah will come forth to enter Paradise.” It will be asked: “Who are the ones whose rewards are with Allah?”. (The announcer) replies: “Those who pardon people”. And so about a thousand from such and such will come forth, and they enter Paradise without the reckoning (Hisab).

In another long Hadith, Anas Ibn Malik r.a. reported that they were sitting with Prophet Muhammad s.a.w. until a man came to which the Prophet s.a.w. described him as a dweller of Paradise. Our Prophet s.a.w. continued to point out to the same person and praised him for three consecutive days. This made Abdullah Ibn Amr r.a. curious.

Intending to know what was the secret deed that allowed him to be praised by the Prophet as a dweller of Paradise, Abdullah decided to ask him permission to spend three nights at his abode.

After the three nights he stayed there, he finds the person to be a normal good Muslim who performs all his obligations. Abdullah r.a. inquired him if there is any special deed that may have allowed him to be looked upon by the Prophet s.a.w. He replied:

I am as you have seen, except that I do not bear a grudge in my soul towards the Muslims and I do not envy a person because of the good Allah has given him

Among the most difficult thing to do is to forgive people, especially those who have wronged us. People who are able to pardon are the strongest of people. The inner strength required to control the self from being vengeful, even if it is a justified one, is acknowledged in a Hadith where the Prophet s.a.w. said:

The strong are not the best wrestlers. Verily, the strong are those who control themselves when they are angry.

This is why we should seek help from Allah s.w.t. to grant us the strength to pardon others. We may recite the following Dua from the Quranic verse:

Our Lord! Forgive us and our fellow believers who preceded us in faith, and do not allow bitterness into our hearts towards those who believe. Our Lord! Indeed, You are Ever Gracious, Most Merciful.

Significance of deeds and sincerity

Doing good for a higher cause in this world is important. It informs us that life is consequential to the Hereafter and that life is worth living, contrary to the existential crisis many may face today - that life has no meaning.

All that is good, both in this world and the next, is worth striving for, with Allah as his or her cause. Nothing will be in vain. Allah s.w.t. says in the Quran:

Whoever desires the reward of this world, then (let them know that) with Allah are the rewards of this world and the Hereafter. And Allah is All-Hearing, All-Seeing. 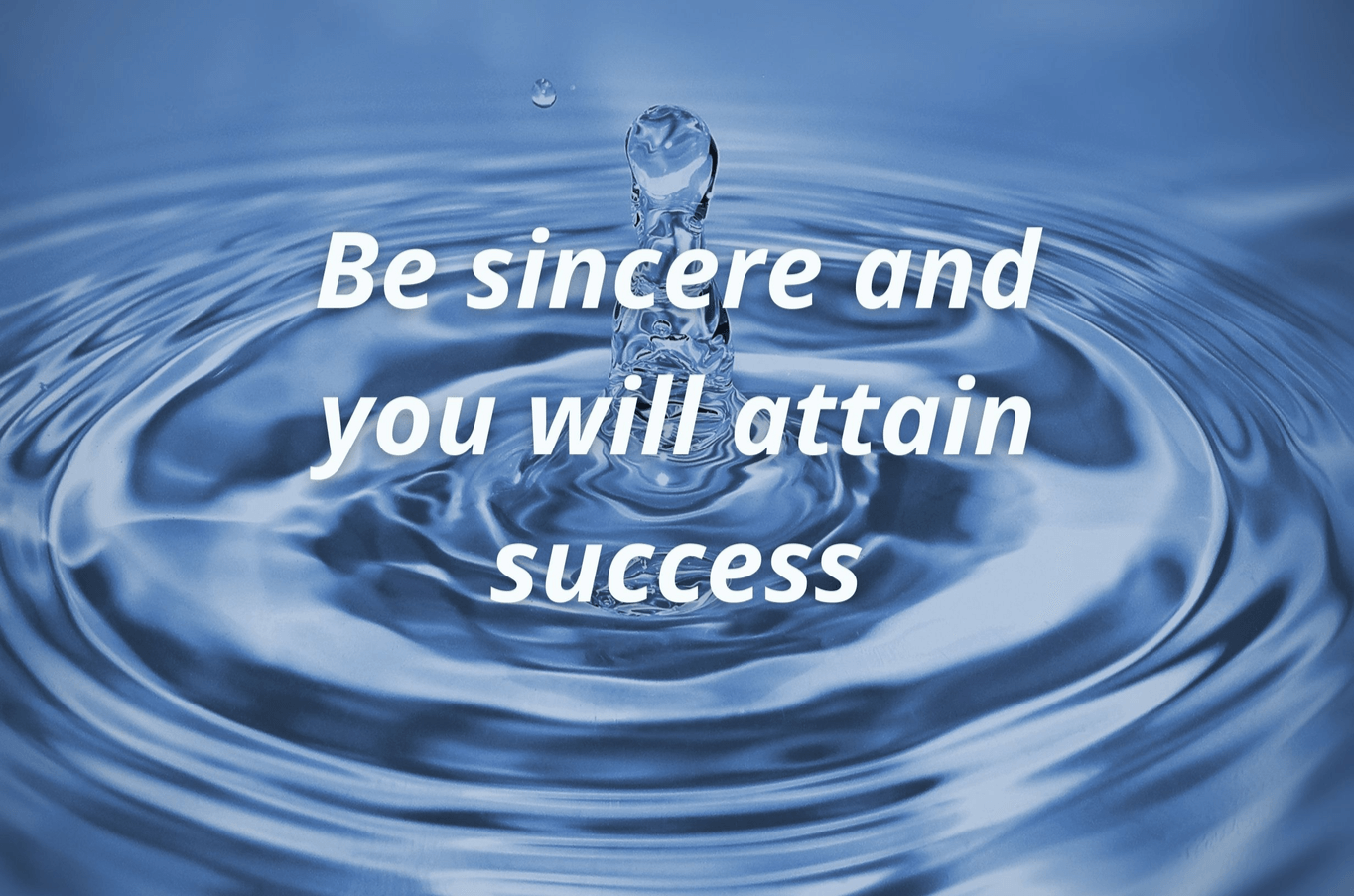 While it is mentioned in this article 3 deeds with unlimited rewards, it doesn’t mean that it is confined to only the ones mentioned above. In fact, all the rewards are ultimately by His Divine Generosity and Mercy. We are not entitled for the rewards just by the merit of our efforts. The great scholar, Imam Ibrahim Al-Laqqani, once articulated:

For if we are rewarded, it is entirely by (His) Grace.

And if we are punished, it is entirely by (His) Justice[6]

On that note, our teachers would often remind us that when we worship, we devout ourselves to seek the pleasures of Allah s.w.t. and not the rewards per se. The objective behind our deeds and acts of worship is to ultimately seek Allah’s pleasure:

And there are those who would dedicate their lives to Allah’s pleasure. And Allah is Ever Gracious to (His) servants.

Read: How to Achieve Sincerity in Islam