What is the Day of Arafah?

The day of Arafah, or sometimes known as Arafat, falls on the 9th day of Zulhijjah, which is the 12th month in the annual Islamic Hijri Calendar.
by Ustaz Mohammad Khalid Md Rafi 2022-07-06 • 10 min read
Ustaz Khalid loves contemporary Fiqh and passionate about engaging the public through interreligious dialogues to promote mutual respect and understanding for a progressive community. He holds a Bachelor in Syariah from University of Madinah and a Masters degree from RSIS, NTU in Asian Studies. Ustaz Khalid is a member of Asatizah Youth Network (AYN).
2022-07-06 • 10 min read

What is the Day of Arafah in Islam The day of Arafah falls on the 9th day of Zulhijjah, which is the 12th month in the annual Islamic Calendar, based on the lunar cycle. Although it is part of the Hajj rituals, Muslims all over the world celebrate its significance. Its merit can also be achieved by Muslims who may not be able to perform Hajj on that particular year.

Read: What to Do on the Day of Arafah

The Day of Arafah is known to have many names, which signify the magnitude of the day itself. It is known by the following:

1. Day of Arafah is a Day of Goodness 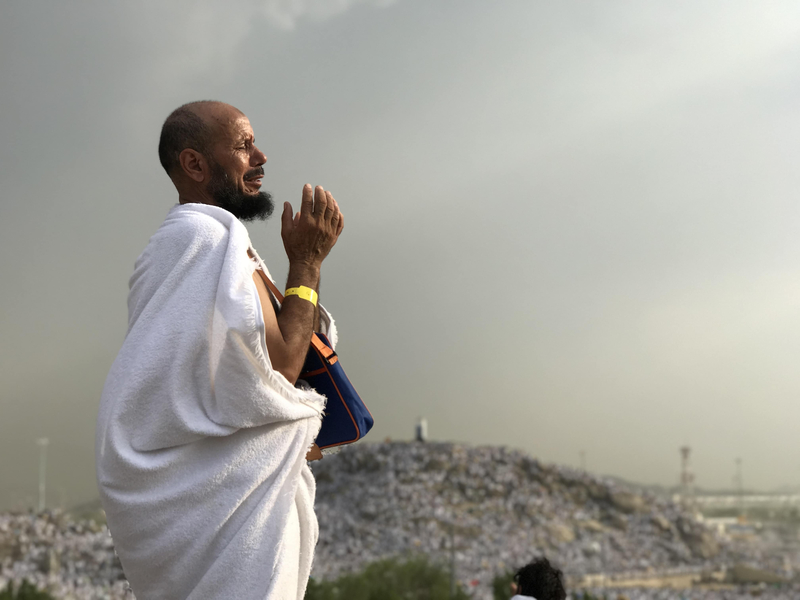 The first 10 days of Zulhijjah encompass significant religious meanings. Muslims are advised to increase their acts of goodness and spirituality to reap the rewards over this period.

The Prophet explained the significance of the first ten days of Zulhijjah in a Hadith,

“No good deeds done on other days are superior to those done on these (first ten days of Zulhijjah)." Then, some companions of the Prophet said, "Not even Jihad?" He replied, "Not even Jihad, except that of a man who risks himself and his property (for Allah's sake) and does not bring anything back.”

2. Day of Arafah is a Day of Importance The day of Arafah has great significance because Allah s.w.t. Himself swore by this Day in the Quran. It is known that Allah swears by nothing, except that which is great, mighty and of importance.

"By the sky full of constellations. And by the Promised Day. And by the Witness and that which is Attended"

This is further reiterated by the Hadith of the Prophet s.a.w,

3. Day of Arafah is a Day of Completion 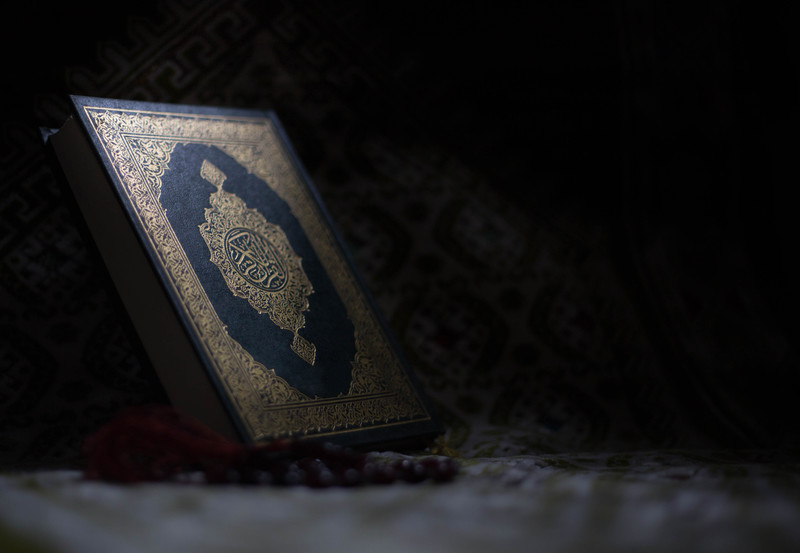 The day of Arafah is also significant because it is the day on which Allah s.w.t. has perfected the message of His revelation, and completed His favours upon His beloved Prophet Muhammad s.a.w:

"This day I have perfected for you your religion and completed My favour upon you and have chosen for you Islam as religion."

According to the tafsir of Ibn Kathir, Sayyidina Umar r.a was asked on the above verse. He replied "By Allah, I know when and where this verse was revealed to Allah's Messenger. It was the evening on the Day of Arafah, on a Friday."

4. Day of Arafah is a Day of Covenant Arafah is the day of the covenant that was taken from all humankind, as Ibn Abbas r.a. narrated in a Hadith where Allah s.w.t. gathered the children of Adam to testify:

Verily Allah ta'ala took the covenant from Adam a.s. by Nauman (plains of Arafah) on the day of Arafah, and which (Allah s.w.t.) created from him (Adam a.s.) all (his) offsprings (humanity) and they are spread through out (standing) before Him. After which, Allah speaks to them directly:

“Am I not your Lord?” They replied, “Yes, You are! We testify.” (He cautioned,) “Now you have no right to say on Judgment Day, ‘We were not aware of this.” Nor say, ‘It was our forefathers who had associated others (with Allah in worship) and we, as their descendants, followed in their footsteps. Will you then destroy us for the falsehood they invented?’”

5. Day of Arafah is a Day of Excellence According to scholars, there is no day better in the sight of Allah than the Day of Arafah. The Prophet s.a.w mentioned the virtues of the day of Arafah:

"There is no day on which Allah frees more servants from the Hellfire than the day of Arafah. Verily He draws closer, then He boasts about them (His servants) before the angels and says: What do they want? (answering their prayers)"

On no other day does Satan feel so belittled, humiliated, and angry as he does on the day of Arafah, for Allah forgives his slaves and bestows them with His Divine Mercy. Every abled-Muslim is expected to make the pilgrimage to Makkah once during his or her lifetime. The pilgrimage itself is not considered complete unless the stop (Wuquf) at the plains of Arafah is observed. It is on this vast plain that Muslims from all parts of the world gathers to fulfil the 5th pillar of Islam.

Hence, the day of Arafah is crucial and synonymous with Hajj itself that the Prophet s.a.w. said,

Without completing this integral step (Manasik), Hajj is not valid.

The day of Arafah is also a momentous day for the followers of Prophet Muhammad s.a.w. as this was they that he delivered his final sermon to humanity, known as Khutbatul Wada’ (the last sermon). 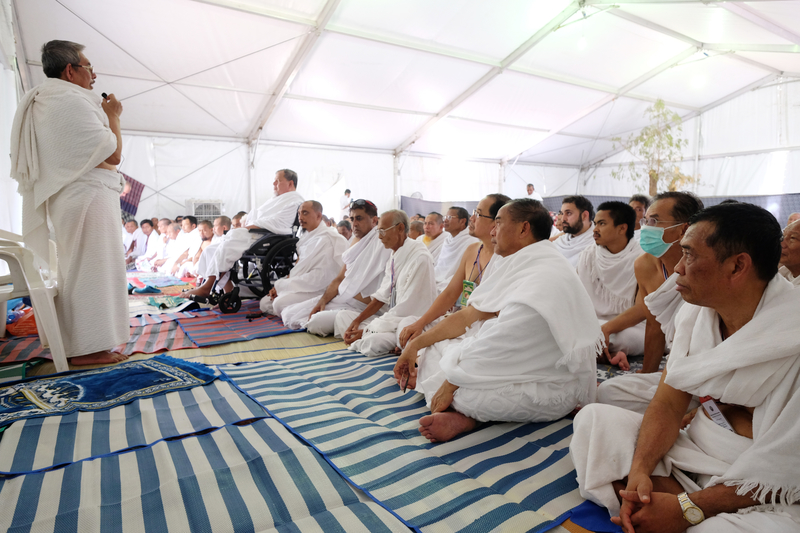 Prophet Muhammad s.a.w gave his farewell sermon in the plain Arafah, a few months before he passed away. This landmark sermon left a lasting message for humanity. One of the key messages delivered by Rasulullah s.a.w. is that all humans are equal. 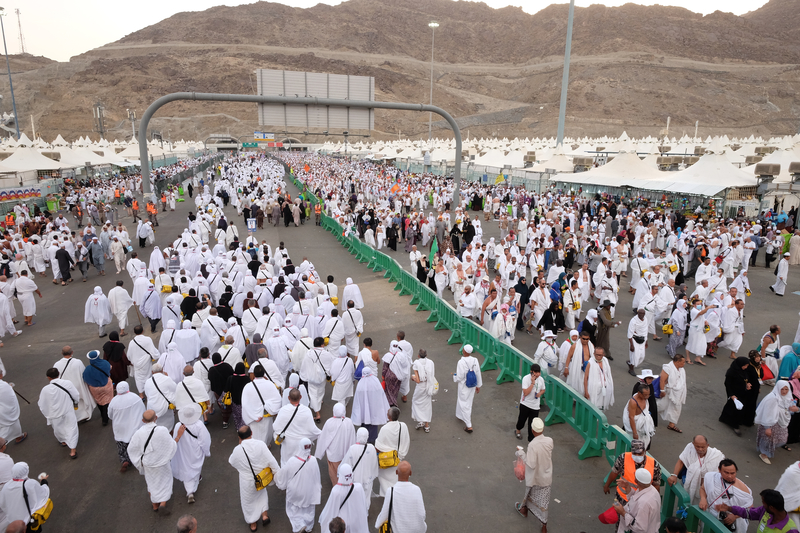 This is one of the valuable lessons we should reflect upon and is very relevant today. There is no difference between people based on colour or ethnicity, and therefore, there is no room for racism and bigotry among Muslims. Prophet Muhammad s.a.w said,

There are many more important pearls of wisdom in this sermon which we need to reflect and ensure its enduring message are being manifested by his followers today. Hopefully, by keeping the brief guide above in mind, we will be able to reap the blessings of the best day in the Islamic Hijri Year. Let us seek Allah’s abundant mercy and bounties on such a special day.