by Ustaz Mohammad Khalid Md Rafi 2019-09-30 • 12 min read
Ustaz Khalid loves contemporary Fiqh and passionate about engaging the public through interreligious dialogues to promote mutual respect and understanding for a progressive community. He holds a Bachelor in Syariah from University of Madinah and a Masters degree from RSIS, NTU in Asian Studies. Ustaz Khalid is a member of Asatizah Youth Network (AYN).
2019-09-30 • 12 min read

Children are priceless treasures from God. As Muslims, we consider human life sacred, and that every child is a unique being, worthy of respect and dignity. Children are made to be loved, cherished, and provided with the opportunity to grow up in a healthy, happy environment.

Every child is precious in God’s eyes and deserves to be loved, nurtured, and honored with quality care, to enable them to develop their full potential.

It is indeed a God-given responsibility of every Muslim parent to impart to their children a deep appreciation, respect, and love for Allah, His Messenger, His Religion and the sacred principles contained therein.

We must, therefore, give utmost importance in the upbringing of our successors, by drawing upon lessons from the beloved Prophet s.a.w who has been the greatest role model for humanity throughout history, not just through his words which serves as a guidance for mankind, but also through his actions, which is a source of inspiration for many.

The Prophet’s personality was not merely exemplified for a specific period, generation, nation, religion or place. Rather, he is a lasting global symbol for all people, transcendent through time.

The Prophet s.a.w said, “Indeed among the believers with the most complete faith is the one who is the best in conduct and the most kind to his family.”

The key qualities every parent should strive to attain are epitomised by Prophet Muhammad s.a.w, who adopted the following non-exhaustive approaches: 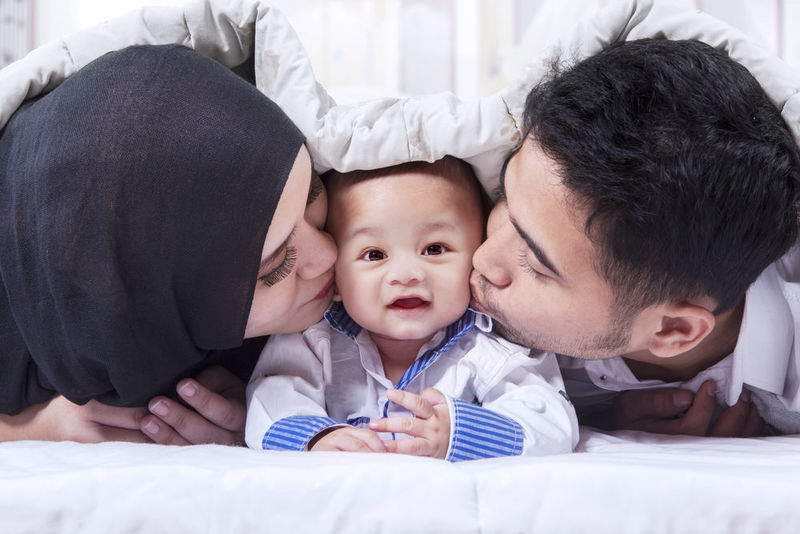 Needless to say, the Prophet’s s.a.w innate nature of being a mercy for all of God’s creations is undisputed. His mercy is unparalleled and indeed, his treatment of children, and not just his own progeny, is an example to us all. The Prophet s.a.w. would kiss and embrace children often, as an expression of his tender love and mercy towards them. In this hadith about children,

He would also take an active interest in their lives, despite his busy schedule. For example, when the pet bird of a young child, Abu Umair, died, he went out of his way to try and console him.

Anas bin Malik r.a said: "The Messenger of Allah s.a.w used to come to visit us. I had a younger brother who was called Abu ‘Umair by nickname (kunyah). He had a sparrow which he played with, but it died. So one day the Prophet s.a.w came to see him and saw him grieving. He asked: 'What is the matter with him?' The people replied: 'His sparrow has died.' He (the Prophet s.a.w) then said: 'Oh Abu ‘Umair! What has happened to the little sparrow?'"

In this hadith, we see the example of the Prophet s.a.w. who goes out of his way to help a young child, whereas many adults would brush away such a seemingly trivial situation. This kind of relationship can build trust, open communication, and validation for the child.

In today’s day and age, many parents are struggling to spend sufficient time with their children so it is vital that any time spent together is of the best quality. A combination of heartfelt playful activities, combined with loving conversations will provide security and comfort, thereby ensuring that a child has a healthy emotional development. Anas ibn Malik was a young boy when he had the honor of serving the Prophet s.a.w. It is narrated from him that during his ten years of service, the Prophet s.a.w never said a word of impatience or rebuked him.

Narrated by Anas r.a himself: “I served the Prophet s.a.w for ten years, and he never said to me, ‘Uff’ (a minor harsh word denoting impatience) and never blamed me by saying, "Why did you do so or why didn't you do so?”

A child is bound to err at times but we are to bear with it patiently, whilst advising and guiding them. We shouldn’t be constantly admonishing our young ones. Making supplications or dua for your children is also the prophetic way. It is reported that a parent’s supplications for one's children are not rejected by Allah s.w.t. 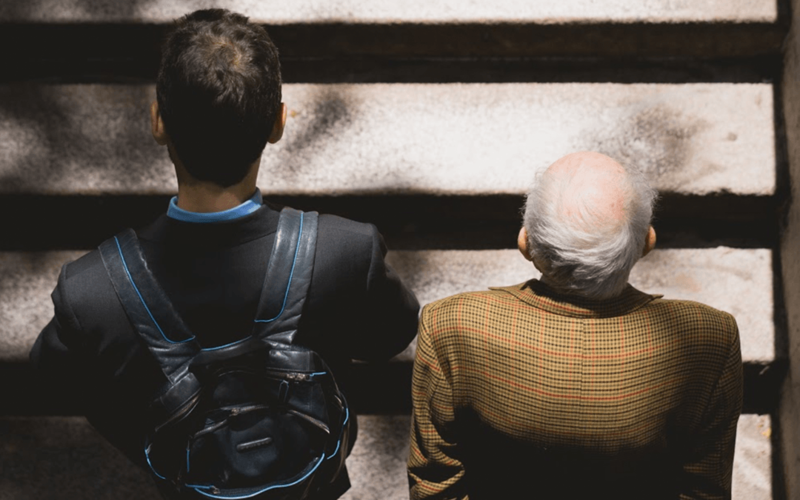 The Prophet s.a.w used to play with Usama ibn Zaid when he was young. At around the age of 17 years old, he entrusted Usama with the leadership position in commanding the defense force of Madinah. Despite his young age, he was given such immense responsibility.

The Prophet s.a.w also reminded his community not to criticise Usama’s leadership merely due to his young age. In a hadith, it was mentioned that,

Parents should not be afraid to trust or rely on their children according to their capabilities. A child yearns to be trusted, and a good way a parent may illustrate their trust is to make them a part of family decisions. By asking for their opinions and including them in important discussions, a child will feel that they are an important part of the family unit which can pave the way to strengthening family ties. 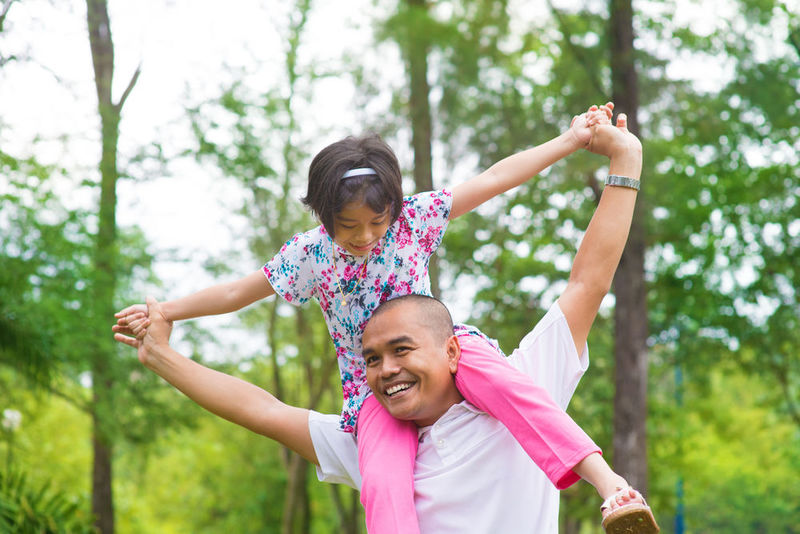 Whenever the Prophet s.a.w was visited by his youngest daughter, Fatimah r.a, he would stand to welcome her when she entered the room, take her by the hand, kiss her and make her sit where he was sitting. Conversely, she would do the same when he visited her. These beautiful acts, though simple, show the profound love and respect they held for each other.

Respecting your child is so important and it must not be forgotten, that respect also includes keeping a child’s secrets confidential as well as not humiliating them publicly. 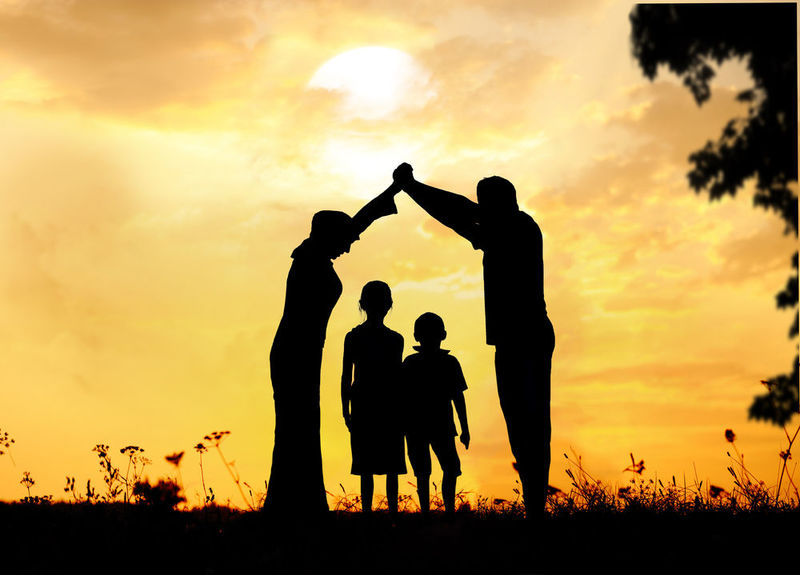 Sadly, a common problem amongst parents is to favor one child over the other. The Prophet s.a.w, commanded fairness in the treatment of one’s children.

Always praising one child, constantly comparing children, preferring sons to daughters or showering one with gifts at another’s expense are all prevalent issues we face with parenting. This should be avoided at all costs, as it is dangerous to a child who may develop low self-esteem and in turn, an inferiority complex.

Indeed, we have seen how Prophet Muhammad s.a.w was a role model in caring for children. He has taught us how to treat them well, and how to express our love and joy for the gift of having them in our lives. It is now our obligation to learn how best to treat our children, and to incorporate these teachings in our own daily life.

Children who are devout to Allah, filial and regularly supplicate for their parents are the priceless gems we leave behind in this world. They are the true investments we should make in this world, for our hereafter.

The Prophet I Know
Topics
All Travel COVID-19 Asnaf Inspiring Muslims Dua Faith Family Ramadan Halal
Featured Articles
So Easy to Donate? Here are 3 Simple Steps to Donate to Mosques during this Limited Opening Period
Friday Prayers to Resume: 6 Things You Should Know Before Visiting The Mosque in Phase 2
Step-by-Step Guide on Fulfilling Your Zakat Digitally
A Mother’s Unconditional Love