Today, it is equally important that we look to our past generation of local scholars. Not just to show appreciation for their efforts and sacrifices, but to also benefit from the knowledge they have left behind and take inspiration from their legacies.
by Ahmad Ubaidillah 2021-05-27 • 14 min read
Ahmad Ubaidillah is an alumni of Madrasah Al-Irsyad Al-Islamiah and Madrasah Aljunied Al-Islamiah. He graduated with a degree in Islamic Law and Jurisprudence from Yarmouk University, Irbid, Jordan. His area of interest includes local and regional literature, and Islam Nusantara. He is a Sahabat Sastera under the Majlis Bahasa Singapura and has presented works of Nusantara poetry for Poetry Festival Singapore.
2021-05-27 • 14 min read

In Singapore, our local Asatizah and ulama have been the main source of spreading religious knowledge to the community. They have contributed by giving sermons, writing books, providing religious guidance and solving contemporary problems. Today, though we have our own generation of asatizah and ulama, as well as easier access to overseas religious figures on social media that we can benefit from, it is equally important that we look to our past generation of local scholars. Not just to show appreciation for their efforts and sacrifices, but to also benefit from the knowledge they have left behind and take inspiration from their legacies.

One particular local scholar that is important for us to recognise and learn from is Almarhum Ustaz Syed Ahmad Semait. He has left behind a legacy that we should envy and strive to emulate. As a prolific writer and translator, his vast contributions to the community through the dissemination of religious knowledge should be recognised and continued by today’s generation, be it the asatizah community or the general public. His life consists of many lessons that we should learn from. Born in 1933, Ustaz Syed Ahmad Semait and his younger brother and former Mufti, Ustaz Syed Isa Semait, were sent to live in an orphanage after the passing of their father. Both of them attended Madrasah Aljunied Al-Islamiah. At the age of 14, due to his responsibility towards his family, he decided to start working in a textile shop that was owned by al-marhum Sheikh Omar bin Abdullah Al-Khatib, a renowned religious scholar who used to hold a chair at the Haramain Mosques. His close proximity with Sheikh Omar inspired him spiritually and intellectually, thus naming his teacher ‘Sheikh Al-Fateh’. Here, we can relate to the Prophet s.a.w’s saying,

With the entrepreneurship knowledge he gained from working with Sheikh Omar, Ustaz Syed Ahmad began a business with his younger brother selling Arabic books. Their original objective was to import religious reference books. This company was then renamed by him in 1963 to Pustaka Nasional, which is still in operation today, selling treasured religious books and regional literature.

Other than an entrepreneur, Ustaz Syed Ahmad was also a prolific writer and translator, with many of his works benefiting the community. He wrote books that covered fundamental topics, such as Mari Belajar Sembahyang (Let’s Learn How To Pray) which is still widely used by the community. 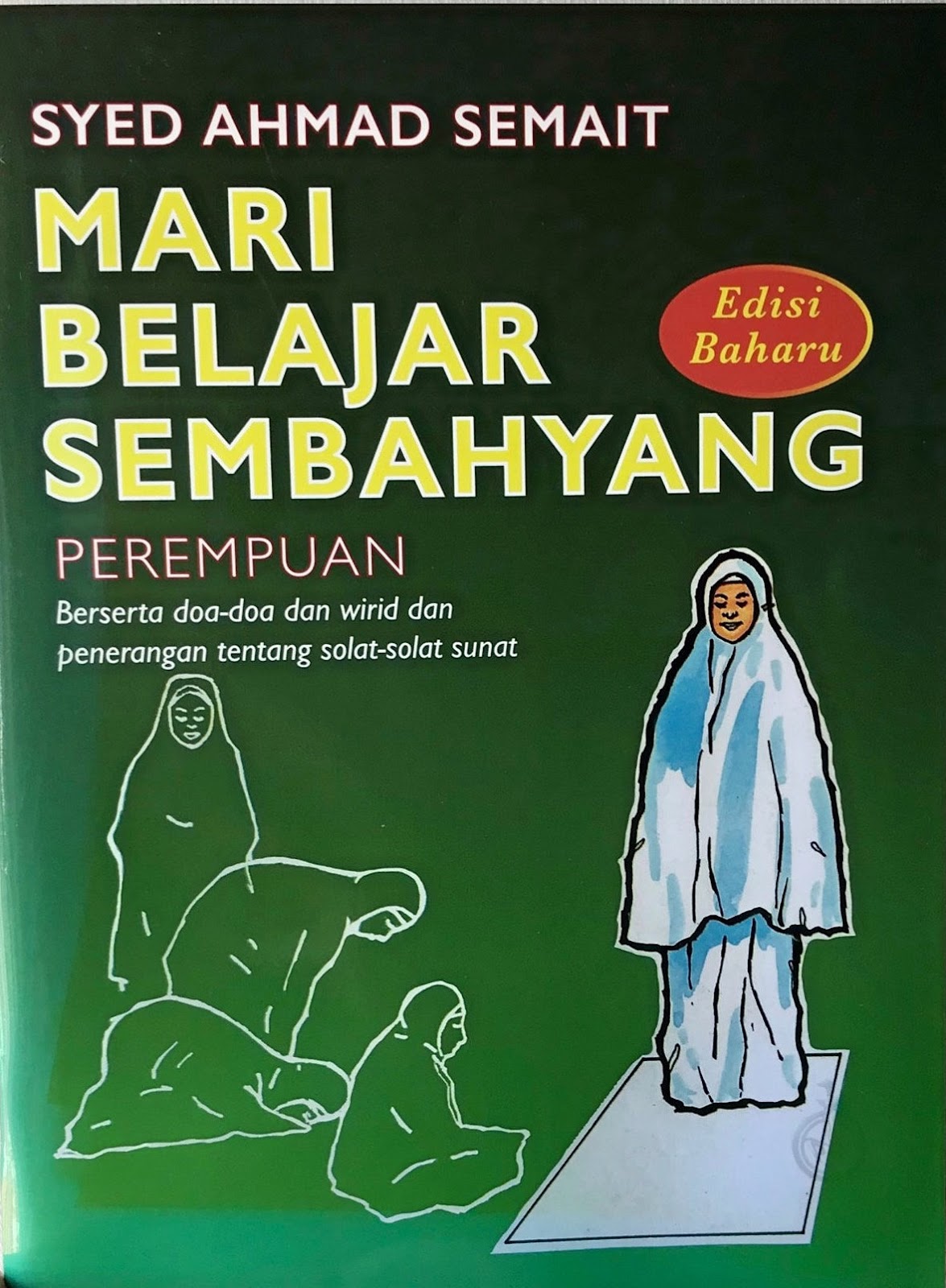 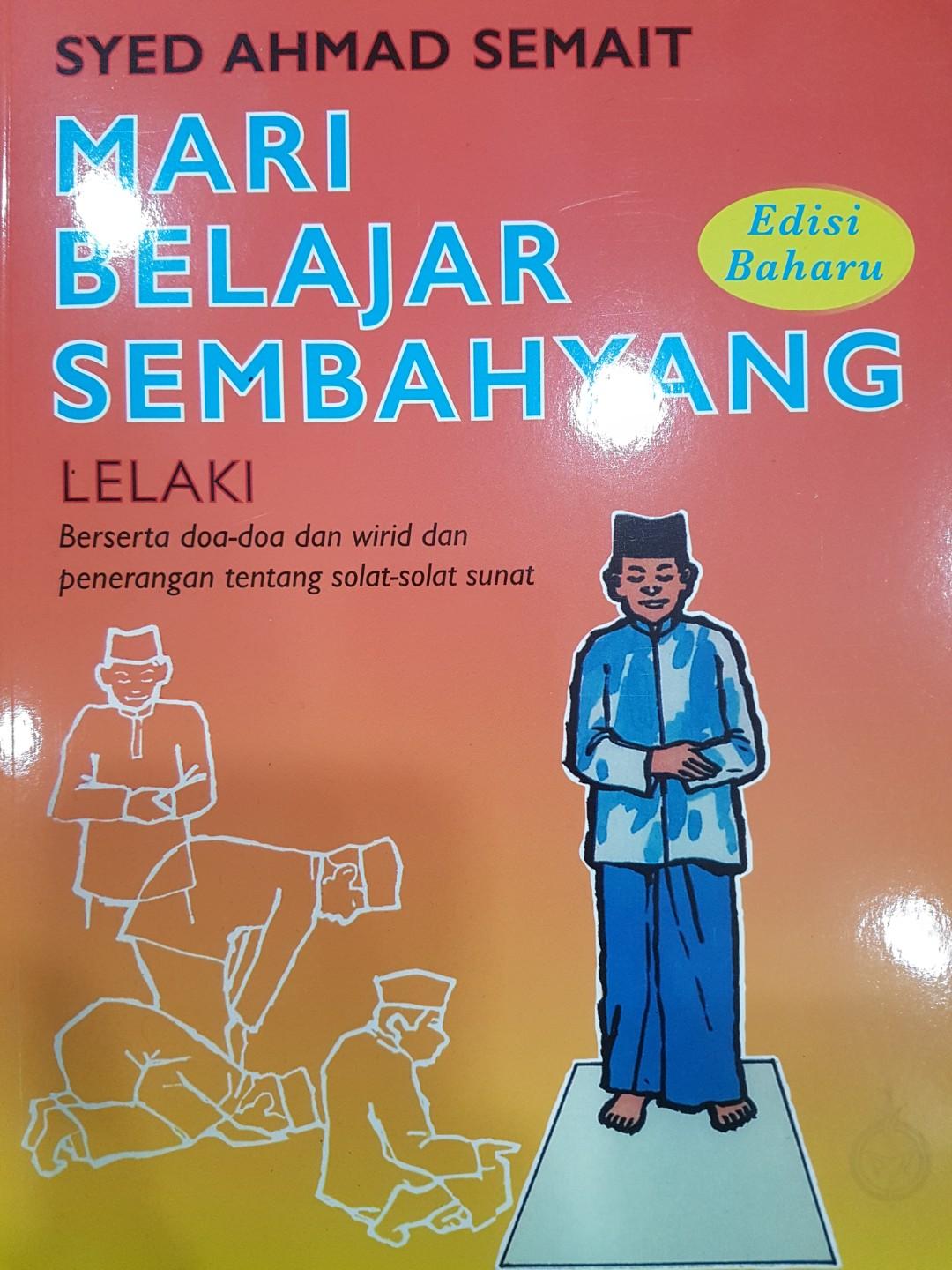 He also explained complex topics for more advanced learners such as his magnum opus — a vast commentary on the Sahih Al-Bukhari. 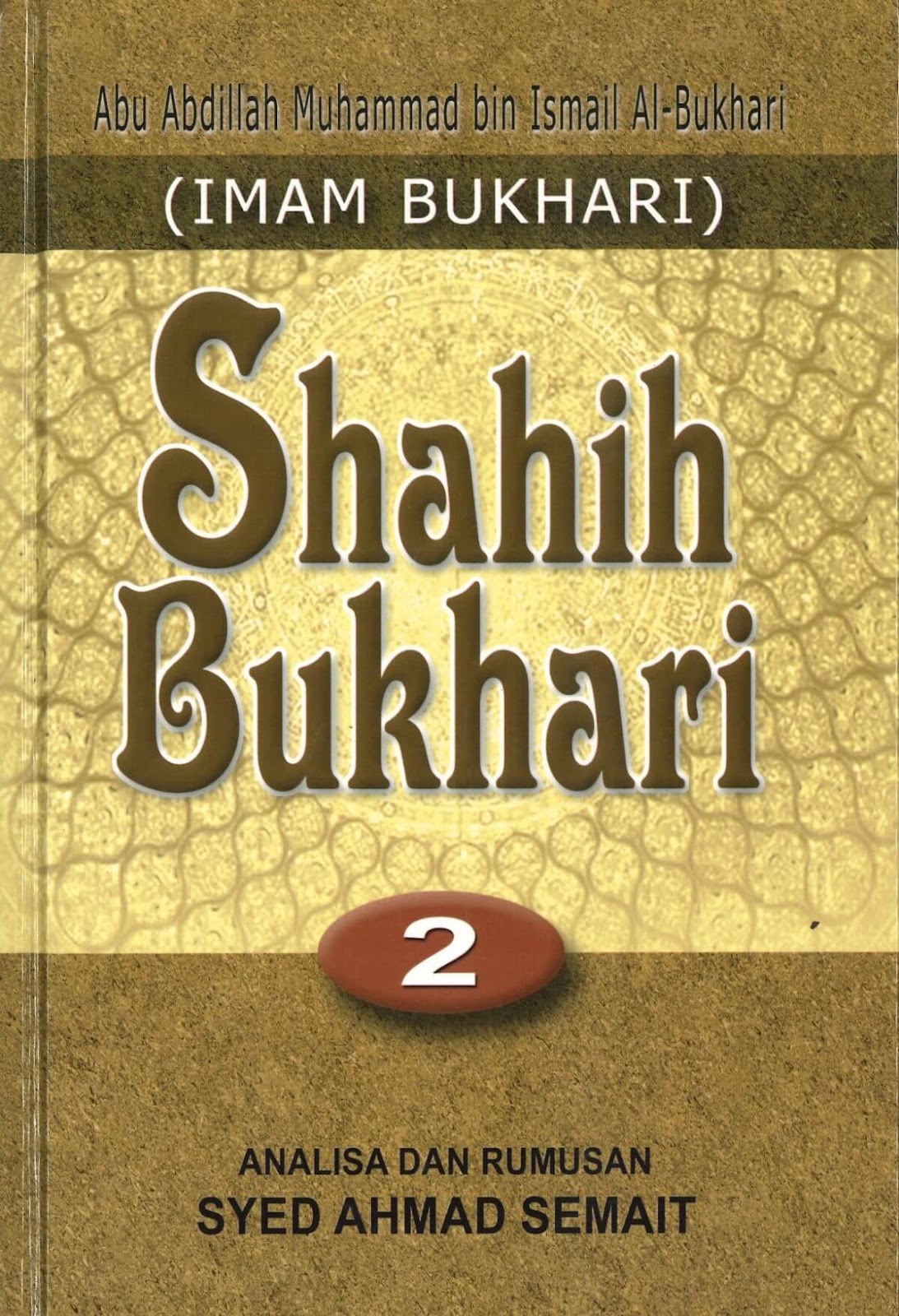 He also republished numerous translated Islamic books with better formats and typefaces. His vast output is almost incomparable with any other religious writer in Singapore.

Unfortunately, Ustaz Syed Ahmad passed away in a tragic car accident in 2006, leaving behind a legacy that current and future generations should strive to emulate. 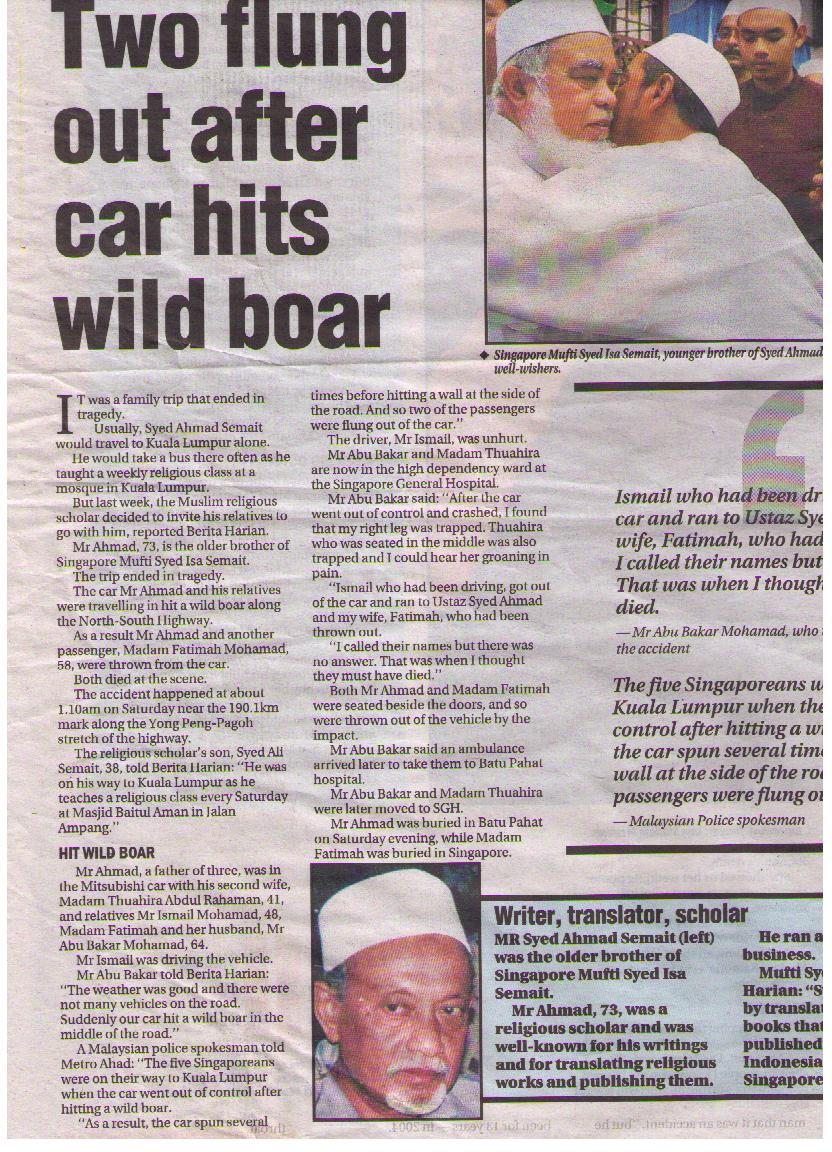 Amongst many, here are 2 qualities of Ustaz Syed Ahmad Semait that we should emulate today.

One important quality of Ustaz Syed Ahmad we should emulate is his constant search for knowledge. This is a quality that can be found in other religious scholars too. As noted above, Ustaz Syed Ahmad was forced to stop his formal education at Madrasah Al-Junied due to his sense of responsibility towards his family. However, this did not stop his search for knowledge. He continued to learn from Sheikh Omar Alkhatib and attended other classes by local scholars such as Sheikh Abdullah Balfaqih, learning tasawwuf, hadith and tafsir.

Through observing his life, I believe that it is clear that his journey in seeking and sharing knowledge has benefited the community greatly. Such spirit should be emulated as it will benefit us and those around us in this world and the hereafter. As our Prophet s.a.w. said:

“Whoever travels a path in search of knowledge, Allah will make easy for him a path to Paradise.”

2) Sense of Responsibility to Contribute to the Community

This sense of responsibility spanned throughout his life and was clearly the force behind his vast output of written and translated works. He wrote and translated with the general public in mind, thus publishing his works in simplified and accurate language. This is exemplified in the following excerpt:

“In this book Hadith Qudsi: Analisa dan Komentar (Analysis and Commentary), you will be able to appreciate introductory lessons on Islamic spirituality that can be followed… More so for this generation, where many people have run away from religion due to their chase of materialistic gains until they have forgotten themselves and automatically forgotten Allah. It is my hope that this book will be able to assist those who have lost their connection with Allah to come back to the right path and begin to hold onto the principle of Allah steadfastly so that they will be saved in this world and the hereafter.” 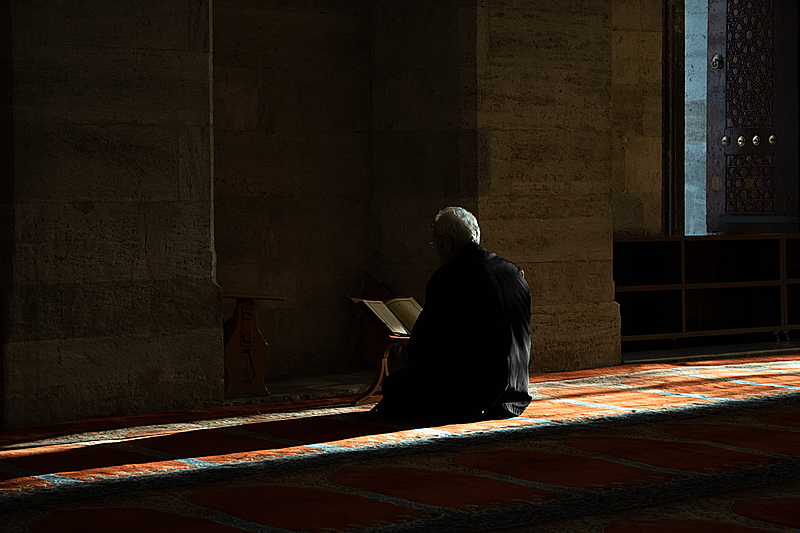 Ustaz Syed Ahmad’s legacy lies in the form of his written and translation works that have and will continue to benefit generations after. His legacy has made its mark on the progression of our society’s intellectual heritage. He inspires us to contribute to the community in our own unique way. While Ustaz Syed Ahmad focused on his strength and passion in writing and translating, we can strive to make full use of our own talents to benefit others.

It is important we realise that there are other diverse ways to benefit our current and future generations other than the traditional way of imparting knowledge. For example, we can create beneficial illustrations, do podcasts, donate a part of our wealth or volunteer to help those in need. Continuing the Intellectual Heritage of Our Scholars

An important aspect of Syed Ahmad’s legacy is his efforts to continue the intellectual heritage of past scholars, by writing and translating religious works. Such efforts are a continuation of the rich tradition amongst the Nusantara religious scholars, from Sheikh Abdus Samad Al-Palimbani to Syed Sheikh Al-Hadi.

Those who are able and learned should strive to follow in their footsteps as our community is in constant need of works that address their current problems and needs, just as Ustaz Syed Ahmad had provided. He proved that reading and studying traditional works do not make a person have backward tendencies, rather, it develops the person to have refined thinking skills that allow him/her to apply knowledge wisely to context.

Today, there are some efforts to raise awareness on the contributions of our past religious scholars so that we can follow in their footsteps such as PERGAS’ Obor Ummah campaign. There is still much that can be done. While following the exact footsteps of Ustaz Syed Ahmat Semait and other religious scholars in writing and translating might not be possible for many of us, perhaps the simplest thing to do is to show our support for their works that are still available in physical and online bookstores. We should not just read and benefit from these works in solitude, but share the pearls of wisdom in them with those around us as well. In doing so, we will gain reward for benefiting others, while also solidifying our community’s tradition of seeking and sharing knowledge.

For more information on the legacy of Syed Ahmad Semait, do read Dr Muhammad Mubarak’s Equipping The People With Knowledge.