by Ustaz Ridhwan Mohd Basor 2018-09-06 • 14 min read
Ustaz Ridhwan is a member of the Asatizah Youth Network. Trained in social sciences & Islamic thought, he spent 13 years of education in local madrasahs, before pursuing his Political Science degree at the National University of Singapore. He then completed his postgraduate studies on Islamic Political Thought at the International Islamic University Malaysia.
2018-09-06 • 14 min read 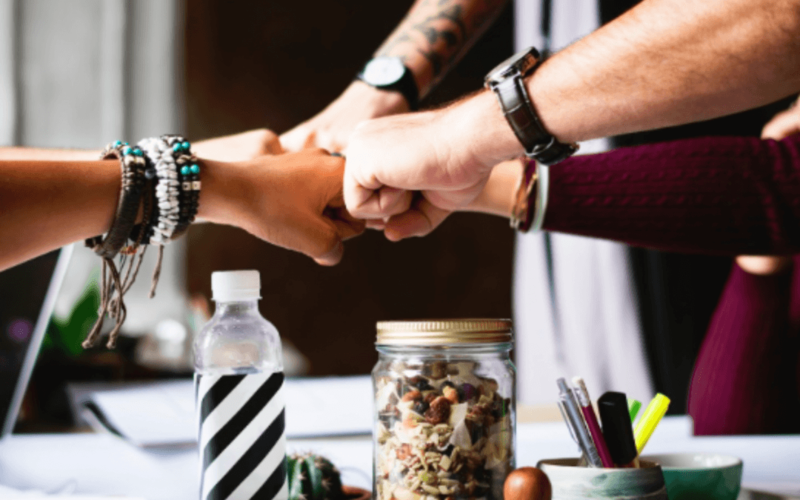 Allah s.w.t. says in the Quran,

“Let not believers take disbelievers as allies, rather than believers. And whoever [of you] does that has nothing with Allah, except when taking precaution against them in prudence. And Allah warns you of Himself, and to Allah is the [final] destination.”

At one glance, it is as if the above verse categorically prohibits Muslims to have social relations with those who do not share the same belief. This verse, together with some other verses, have often been quoted by isolationist groups to justify claims that Muslims should not be friends with non-Muslims, or to curb social relationships with religious others.

However, this narrative is not only problematic but it is also at odds with the universal message of Prophet Muhammad s.a.w’s revelation to humanity. Here are three factors how we can challenge the myth of religious exclusivism:

1. There is no blanket prohibition in the Quran against befriending non-Muslims

Upon a critical look at the exegesis (tafsir) of these verses, we will realise that they are in fact making a specific reference to forming an alliance with non-Muslims who seek to harm the Muslim community. Furthermore, these verses were revealed against a backdrop of political hostility and not during a peaceful era. 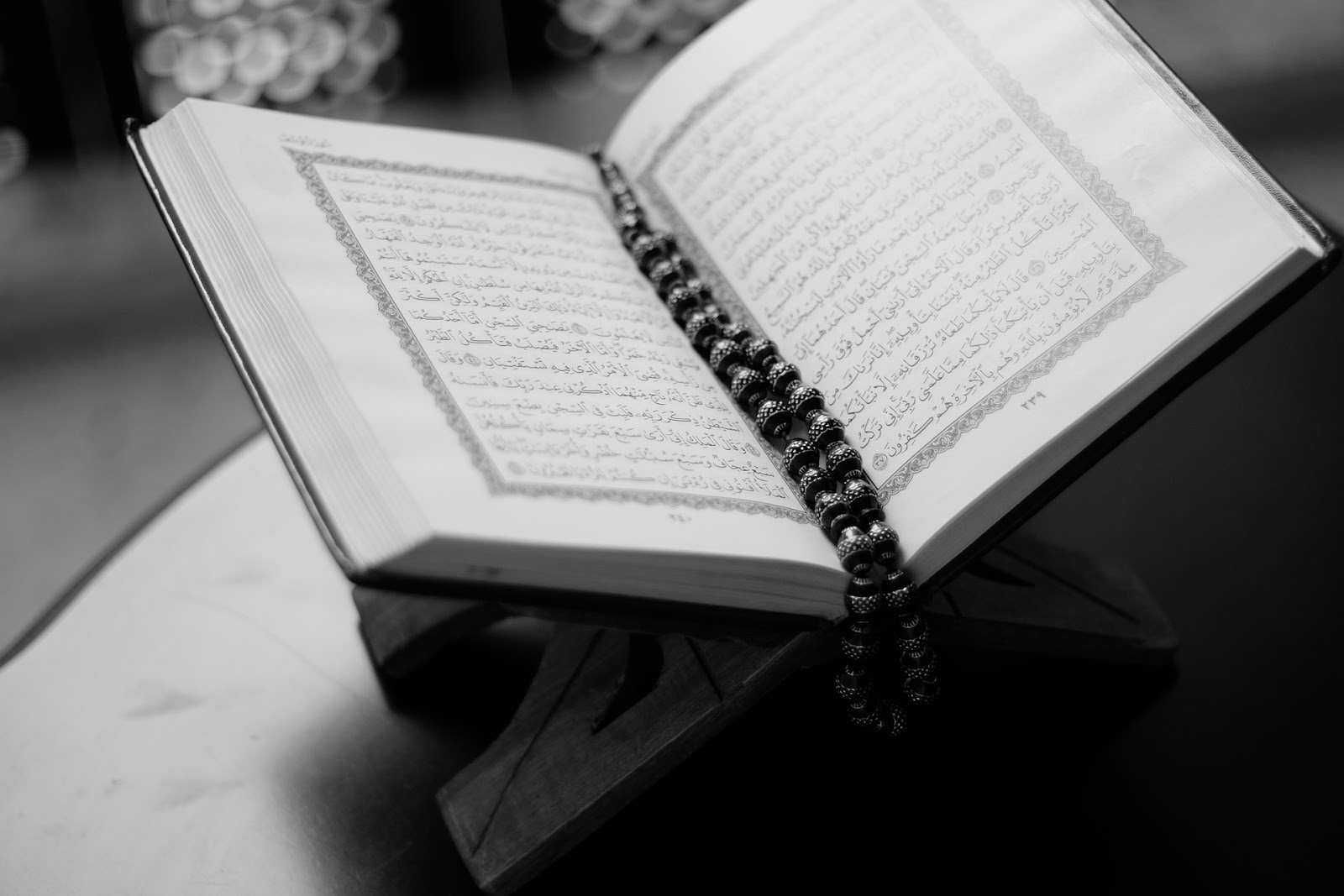 In understanding these ‘hostile’ verses, the scholar of Tafsir, Tahir Ibn Asyur commented that the prohibition in the verse [3:28] is conditional and not absolute. The rulings for this matter differs according to the different circumstances of allegiance. According to Shaykh Abdallah Bin Bayyah, only one circumstance would lead to kufr and it is to have an inward allegiance to disbelief and hostility towards those who believe in Islam.

This was in reference to the hypocrites (munafiqun) during the time of the Prophet Muhammad s.a.w. They lived amongst the Prophet and his companions with an outward allegiance to Islam, but in reality they rejected Islam and plotted against the Muslims by causing instability and committing treacherous acts.

Our reality today is vastly different from the hostile environment that set the context of this verse. According to Contemporary Irsyad Series published by Office of The Mufti, “interpretations of Quranic verses to justify hatred towards anyone is both incorrect and not suited for our multi-religious society.” The irsyad (religious guidance) emphasised that this verse does not indicate a blanket prohibition for Muslims from dealing with religious others.

The perception that Islam prohibits Muslims from befriending and establishing social relations with other people is completely flawed. It contradicts the reality of today and that of our Islamic history. It is also a dangerous worldview as some have claimed that befriending the non-believers is an act that may render one to become an infidel (kafir). This line of thought is highly problematic.

Historically, Prophet Muhammad s.a.w. had co-existed peacefully with people of various faith communities. He lived alongside the Christians and Jews both in Makkah and Madinah. The Prophet s.a.w. did not cut off ties with the entire Jewish community even when there were some apparent disputes with some of the Jewish tribes in Madinah. The Prophet s.a.w. recognised the Jews as a single community with the Muslims in Madinah. 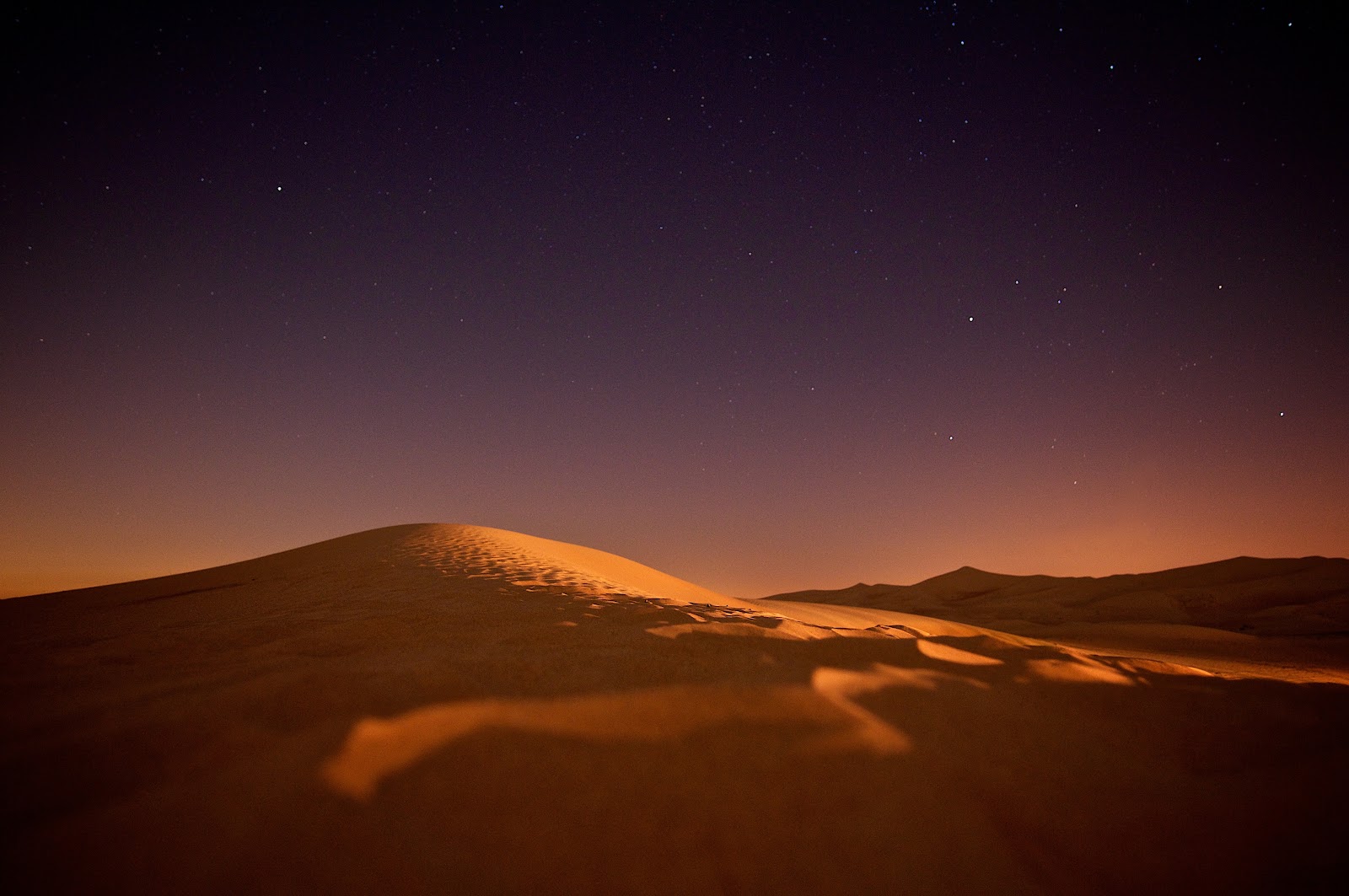 Beyond his social relations with people of other faiths, Prophet Muhammad s.a.w. also emphasised that ties of kinship should not be severed as a result of differences in faith. Prophet Muhammad s.a.w advised his companion, Saad bin Abi Waqas, to continue maintaining a good relationship with his mother, even though they did not share the same faith. The Prophet s.a.w emphasised that ties of kinship should not be affected by one’s faith and belief. The Prophet s.a.w himself was close to his uncle Abu Talib and he was his close confidant. Abu Talib was instrumental in the success of the Prophetic message. He provided the Prophet s.a.w. with protection against adversaries that had tried to stop the Prophet s.a.w. from pursuing his mission. The Prophet s.a.w also showered his uncle with endearing love and respect. His demise left an empty space in the Prophet’s heart. 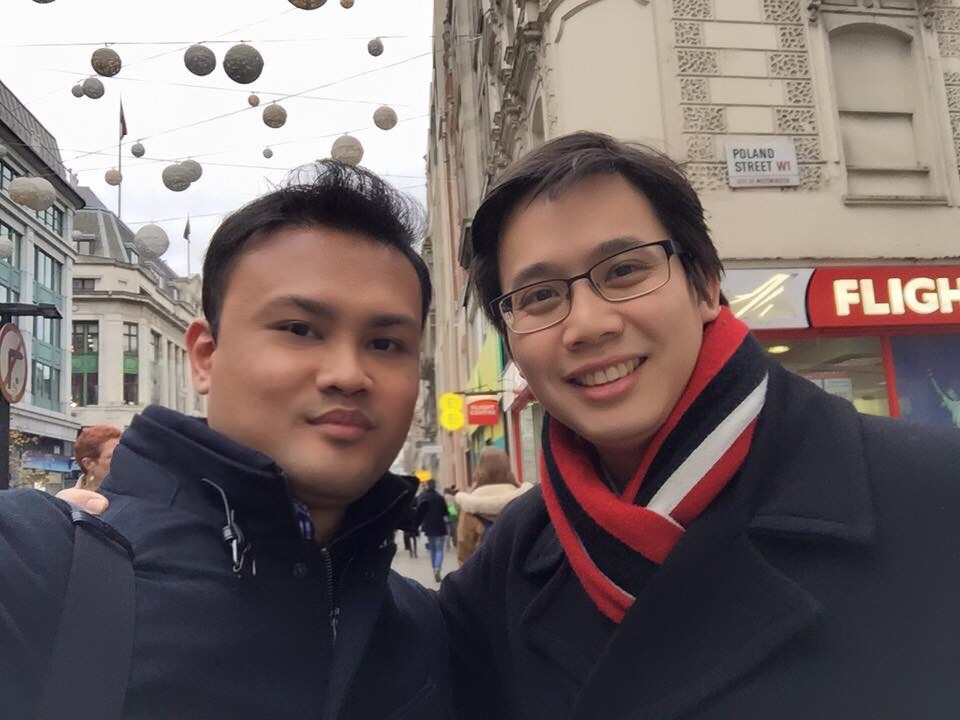 Therefore, there is nothing wrong for us to be close to and befriend those who do not share our belief system. We can always extend our friendships with anyone we wish to be our friends and to accept friends, regardless of what they believe in. A friend in need is a friend indeed. And indeed, some of our friends are those who do share our beliefs, but what we all have in common are our ties of humanity, and more personally, our strong bonds of sincere friendship.

Beyond friendship, at the family level, Muslims are still obligated to maintain good ties with family, kin, and relatives, regardless of their religious orientations. A Muslim son or daughter still needs to take care of their non-Muslim parents. Muslims can continue to maintain familial ties with relatives who do not share the same beliefs. Muslims can visit them, attend family events, join them in celebrating happy occasions and in grieving for their losses, such as attending funerals. This is the beauty of the teachings of Prophet Muhammad s.a.w. 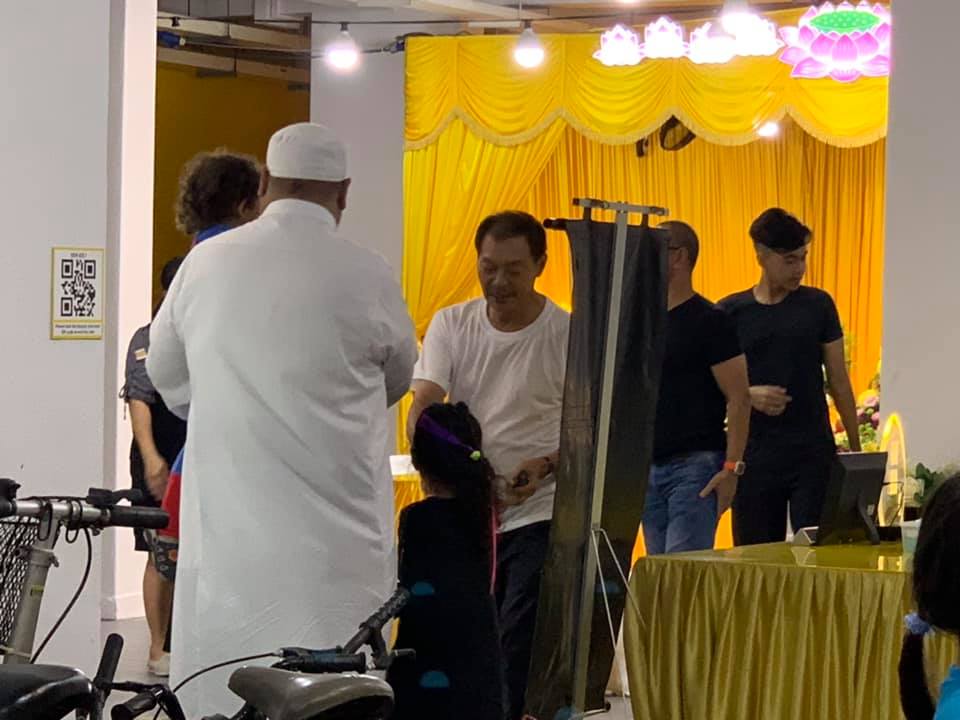 A careful examination of the overarching message of the Quran, together with various practices of Prophet Muhammad s.a.w, would provide sufficient reason for us to reject any narrow or exclusivist interpretations of these verses. There have been several verses in the Quran that call us to do good to people of other faiths and encourage us to establish good relations with them. Allah s.w.t. mentioned,

“And He does not forbid you to deal kindly and justly with anyone who has not fought you for your faith or driven you out of your homes; God loves the Just.”

Muslims have also been living as minorities in states that are not under Muslim governance. The early Muslims have lived in Abyssinia, where they sought refuge from the just ruler, Negus. Even after the hijrah (migration) to Madinah and subsequently the liberation of Makkah, there were some companions who continued to reside in Abyssinia. The early Muslims had recognised the authority of Negus as a ruler of the land. Negus also did not impose Islamic law on governed land, even after his conversion. He respected the local law and the will of the majority. The Muslims who lived in Abyssinia had participated in the development of the state they were living in, contributing to its economic growth and prosperity.

There were also examples of early Muslims who had embraced Islam and continued to reside in their non-Muslim countries. A companion by the name of Fudaik r.a. had asked the Prophet Muhammad s.a.w. if it was possible for him to continue staying in his hometown, where he was the only Muslim. The Prophet s.a.w. replied,

“O Fudaik! Establish prayers, pay zakat, avoid evil-doing, and stay wherever you like with your people.” Fudaik said, “I assume that Prophet Muhammad also said ‘(Then) you are as those who migrated.’”

(Narrated by Ibn Hibban and Al-Baihaqi)

It is important to note that a sense of belonging or an allegiance to a country does not negate one’s allegiance to Islam, as seen in the ‘Abyssinia model’. These mentioned historical accounts of the companions co-existing with people of other religions show us how faith can still be resolute even in a Muslim-minority environment. 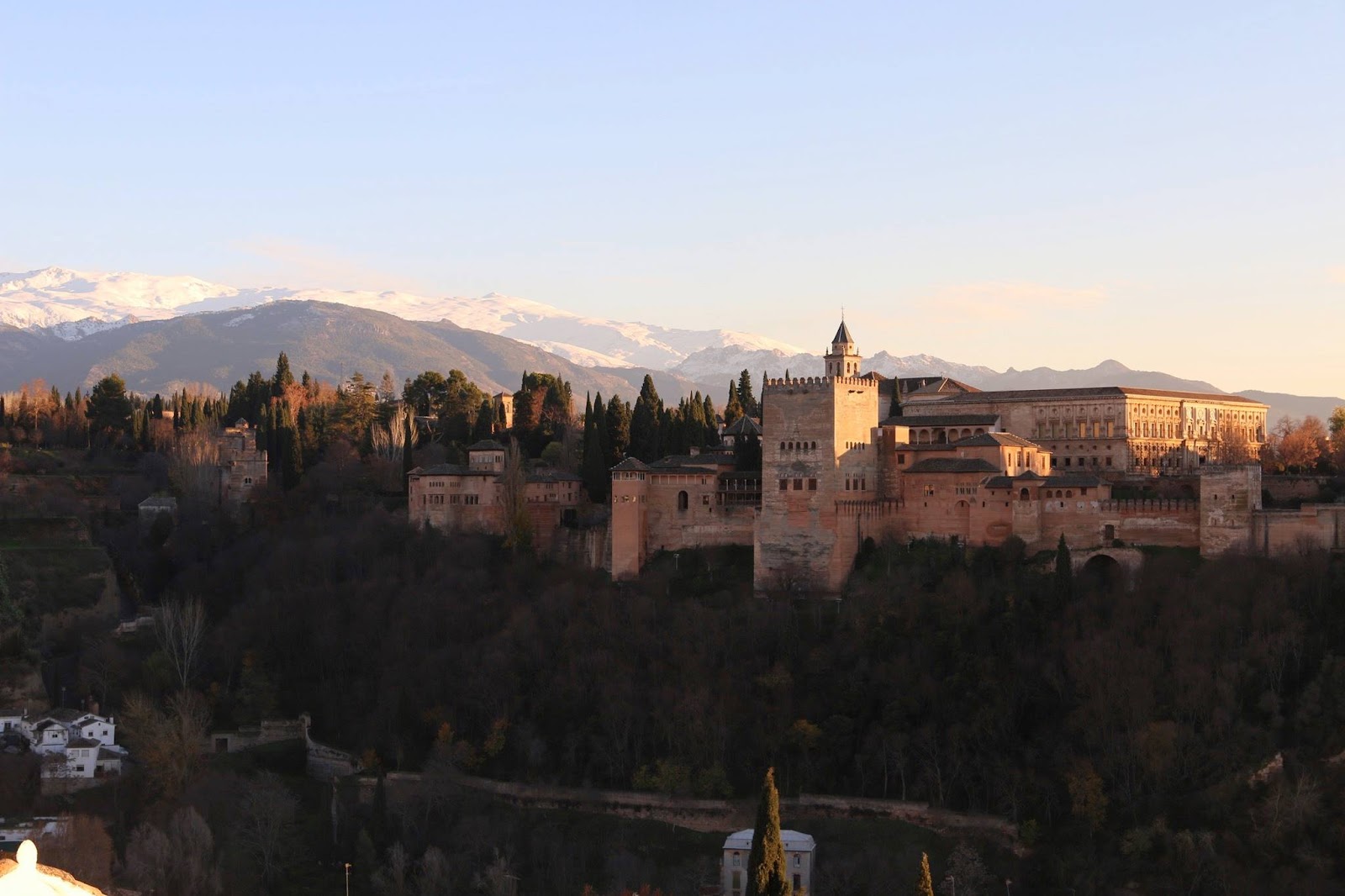 Throughout Islamic history, Muslims have continued to live as minorities and majorities, and in both instances, Muslims have been living alongside other faith communities. In the eighth century Andalusia, Muslim and non-Muslims co-existed harmoniously. The La Convivencia or religious tolerance framework defined the relationships between Muslims, Jews and Christians in the ninth and 10th century Cordoba. Christians and Jews were recognised as members of the Andalusian community; they were appointed at the Royal Court and contributed to the intellectual and cultural development of the society.

In today’s globalizing world, Muslims continue to live in plural societies. In fact, a third of Muslims today live as minorities around the world. The majority of Muslims also do not live in homogenous societies. Therefore, living as a member of diverse societies, we need to ensure that peace and harmony can be harnessed and maintained. Islam is about peace-building and establishing good relations with humanity.

As Muslims, it is our religious duty to challenge interpretations that seek to cause discord and promote hatred. It is our obligation to project the positive image of our faith and categorically reject the exclusivist interpretation of our scriptures. We extend rahmah (mercy) to all, as taught by Prophet Muhammad s.a.w. We need to be confident that our faith does not prescribe us to be distant from other communities, and it clearly does not promote hatred in our relations with others. In order for us to establish social cohesion, it is important for us to make efforts to know and integrate with others. So yes, we can befriend our non-Muslim friends. And yes, we should! Because, in diversity, lies the beauty of human relationships.

This article was co-written with Ustaz Abdul Mateen Hisham.