During this Covid-19 outbreak, our collective goodwill and generosity of spirit to care for and support one another is crucial.
by Ustaz Dr Mohamed Ali 2020-02-26 • 10 min read
Ustaz Dr Mohamed Ali is Assistant Professor at the S. Rajaratnam School of International Studies (RSIS), Nanyang Technological University. He is also the Vice-Chairman of the Religious Rehabilitation Group (RRG), Vice-Chairman of the Geylang Serai Inter-Racial and Religious Confidence Circle (IRCC), member of the Syariah Appeal Board, associate member of the MUIS Fatwa Committee and member of Khadijah Mosque Management Board.
2020-02-26 • 10 min read Seventeen years after the outbreak of severe acute respiratory syndrome (SARS), the world is now confronted with another virus outbreak – the COVID-19 virus which has claimed more than around 1,800 lives and has unfortunately infected more than 73,000 people so far.

Singapore is not spared from this threat. In fact, it has recently raised its Disease Outbreak Response System Condition (DORSCON) level from Yellow to Orange. This indicates that Singapore remains alert and needs a more potent strategy. The number of people infected with the virus in Singapore has increased up to 80 local cases.

Stay united in the face of a global crisis 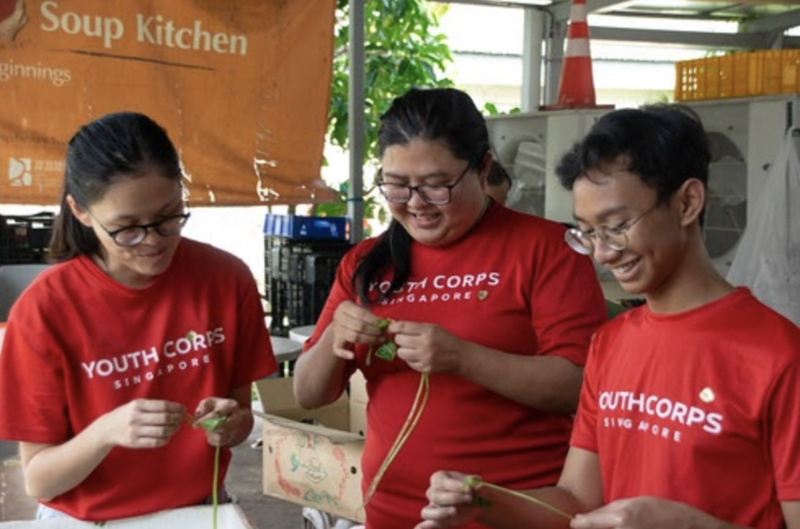 Nurul Hudah (middle) took time off her job to volunteer at Willing Hearts, a soup kitchen that sends out 5,000 packed meals to the needy island-wide every day.

The prevalence of COVID-19 outbreak we face today is a national and global crisis. It has hit nearly 30 countries. In a world that is increasingly interconnected and interdependent, viruses are capable of reaching populations further from the epicentre quickly. Hence, linking this crisis as a form of God’s retaliation against a particular community is fallible and discordant in nature.

Instead, it will be more productive for all Singaporeans to unite and help out one another. This solidarity will make us stronger, especially in these difficult times. Let us see this crisis as an ideal time for us to promote goodwill and lend a helping hand. At the same time, mindfully avoiding acts that could trigger unrest in the community.

It is apt to remind ourselves that a crisis can potentially lead to panic and distrust within the social fabric of the nation, especially one that is made up of multi-racial and multi-religious communities. While we are assured by the Singapore government's tangible efforts to curb the spread of the COVID-19, each and every one of us is capable of contributing in big and small ways to get through this together. 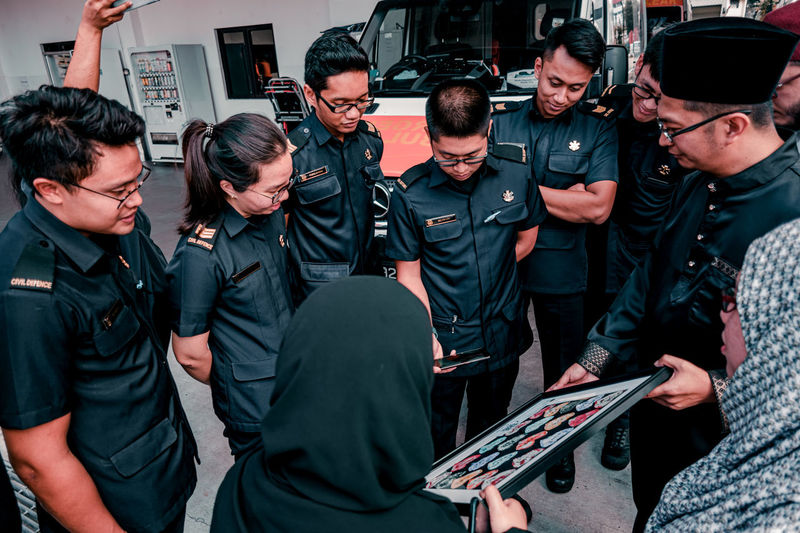 Learn from the Quranic stories Calamities and disasters happen from time to time. The Quran also tells us stories of those who disobeyed God, being afflicted with disasters. These stories were there for us to reflect upon and derive lessons from it. But in contemplating such stories, the intention is not to build resentment and anger in us. Instead, we should use these stories to instill a sense of empathy and to pray to Allah to protect us from falling into the same fate. Indeed, such is the state we should strive to do, by continuously praying for the well-being and guidance of all of humanity. Inciting hatred, backbiting and expressing hostility toward others is contrary to the spirit, principles, goals, and objectives of the Quran and Islam itself.

History has shown us how victims of earthquakes, volcanic eruptions, droughts, floods, and even outbreaks are not discriminatory towards just one group of people. If we reflect and observe, many Muslim countries are also involved in this kind of hardship. Therefore, linking a crisis with a particular group of people is highly speculative and divisive.

Understand crisis as trials and not Bala’ Many Muslims understand the meaning of “bala’” reinforcements as punishment or retribution. This understanding is incorrect and inaccurate from a religious perspective. The word “bala;” means a test that comes from God to His servants. Apart from “bala”, the terms “fitnah” and “musibah” are also used to describe the same. These three terms are used by the Quran to indicate the meaning of  ‘test’.

As Muslims, it is important to understand that misfortune does not carry a negative connotation in its entirety. On the contrary, Muslims understand that ‘tests’ come in many forms: for humans to be mindful of Allah, turn to Him in repentance and also as an elevation of their status of righteousness. With this in mind, we will be convinced that God is able to bestow the benefits of the trials given to His servants.

Allah s.w.t says in the Quran:

"(That is) the people who, when they are in distress, say: We belong to Allah and to Allah we return."

"O Allah, reward me for the misfortune that befell me, and change for the better."

The COVID-19 crisis is a test given to us by God so that we return to Him, always remember Him and perform as many good deeds in our lives. Similarly, God gives us this test so that we can be united as human beings and help each other out and not to point fingers, accuse and make statements that can bring enmity and hatred.

Respond to this crisis as His servants Lest we forget that we are all mere servants of Allah s.w.t who possess no ability to determine the course of something nor the foresight to see a reason behind a certain event. This is an attribute that only The All-Knowing Allah s.w.t has. Prescribing punishment or claiming that the crisis occurred because of Allah’s retribution on a particular community is not a human affair who does not have any knowledge of God’s provisions, resolutions and all-encompassing wisdom.

In these difficult times, what will count as something that Allah will be pleased with is our unity as a fellow human being. Being kind, helpful and caring will go a long way towards Allah’s pleasure and will put Muslims in a good light as role models towards the way life should be lived. In this respect, Muslims must create space and opportunity to spread the nature of rahmah (mercy) that Islam strongly advocates. Rahmah encompasses not just our actions but also our words. As we face the COVID-19 crisis, our actions and words should take into consideration to avoid all notions of animosity and hatred.

Be gracious on social media Religious preachers, for example, have a significant role in displaying rahmah and mercy to lead people to good. Hence, in making a statement, especially on social media, caution is essential. Writers need to consult themselves first before posting. What are the intended goals and objectives of the statement that I wish to make? After writing, it is important for the author to refine by asking: can this be conveyed more wisely?

For example, if we want to convey the values of Islam in matters of cleanliness, is it necessary for us to be “defensive/superior” by comparing how we are purified as opposed to specific others? It is hardly possible that without such comparisons, the society is incapable of distinguishing between right and wrong. Would it have been better if we could have supported the hygiene methods by scientific explanations instead?

It is heartening to note that some netizens have responded to views that are deemed as extreme or misguided in a more prudent and respectful way. It is hoped that this atmosphere of being respectful yet firm and courageous in expressing disagreement will enhance and revive the tradition of knowledge among our community.

Join our mailing list
SUBSCRIBE
Related Articles
5 Good Deeds To Do In Ramadan
Muslim.Sg
9 Best Islamic Podcasts You Have To Listen To
Muslim.Sg
Can Muslims Touch Dogs? Can Muslims Wish Merry Christmas? Get Your Googled Questions Answered!
Muslim.Sg
5 Powerful Duas for Protection Against Harm
Muslim.Sg