4 Lessons of Love and Mercy from Prophet Muhammad ﷺ

Prophet Muhammad was a mercy to the worlds and showed enduring love to God's creations.
by Ustaz Ridhwan Mohd Basor 2021-10-13 • 18 min read
Ustaz Ridhwan is a member of the Asatizah Youth Network. Trained in social sciences & Islamic thought, he spent 13 years of education in local madrasahs, before pursuing his Political Science degree at the National University of Singapore. He then completed his postgraduate studies on Islamic Political Thought at the International Islamic University Malaysia.
2021-10-13 • 18 min read

As part of His endearing love for His creations, Allah s.w.t. bestowed us with the love of His beloved messenger, Prophet Muhammad s.a.w. Allah s.w.t sent us a man from among us who lived with us and showed us the path of attaining eternal love. Prophet Muhammad s.a.w did not only teach us how to love our Creator but also how to love other creations. He is the light that brightens the darkness, the epitome of mercy, the paragon of virtues. In Surah Al-Ahzab, verse 21, Allah s.w.t. mentions,

“Indeed in the Messenger of Allah you have an excellent example for anyone whose hope is in Allah and the Last Day and (who) remembers Allah often.”

Today, some of those who claim to be his followers have deviated from the path of love and mercy that was shown by Prophet Muhammad s.a.w. There are those who claim to be following the footsteps of Rasulullah s.a.w. but their actions run contrary to the tenderness shown by Prophet Muhammad s.a.w. They commit atrocities in the name of Allah s.w.t The Most Merciful and in the name of His beloved Messenger. They manifest the faith through the prisms of hate and enmity.

This is an erroneous representation and manifestation that we need to challenge. We need to reclaim and rekindle the narrative of love and mercy that our beloved Prophet Muhammad s.a.w. taught us. We need to revive the sunnah through expressing tenderness and mercy, in manifesting our faith.

Let us relook at the core teachings and message of love and mercy from Rasulullah s.a.w:

Rasulullah s.a.w. taught us that we need to be better at confronting hate, rather than stooping to the same level as those who promote hate. We need to have a bigger heart and be better than those who spread negativity. Allah s.w.t tells us in Surah Al-Fussilat,

As the embodiment of the Quranic values, our beloved Prophet Muhammad s.a.w. had shown the ideal virtues such as, in many instances, how to rise above hate and enmity. He emphasised that forgiveness is greater than revenge, perseverance is larger than retaliation and love is better than hate.

We must have heard many times about the Ta’if incident where the Prophet Muhammad s.a.w. chose mercy over retaliation and hope over despair. As part of the Prophetic mission to disseminate His message of submitting to One God, Rasulullah s.a.w. went to Ta’if to call on them to Islam. His message was not only rejected but he was later humiliated by the people of Ta’if. The children were instructed by their elders to throw stones at the Prophet s.a.w. and he was driven out of the city. Rejected and physically hurt, the Prophet s.a.w confided in God. He recited the following supplication,

“Oh my Lord, I appeal to you for my weakness in my strength, my lack of support and the treatment of contempt and humiliation from people.

Oh The Most Compassionate and Merciful!

To whom do You leave me to? To a distant person who receives me with hostility? Or to a friend you have given control of my affair? As long as you are not displeased with me, then I am in content. I would, however, be much happier with Your protection.

I seek refuge in the glory of Your light, by which all darkness is dispelled and by which both this life and the life to come are put in their right course, against incurring Your anger or being the subject of Your displeasure.

To You I submit, until You are pleased. There is no control or power except that which is by You.”

An angel was later sent and offered Prophet Muhammad s.a.w if he wished for actions to be taken against those that hurt him. The Prophet s.a.w. responded by saying,

“I'd rather hope that Allah will raise, from among their descendants, people who will worship Allah the One, and will not ascribe partners to Him.”

He did not respond with rage and retaliation. Instead, he prayed for those who had insulted and hurt him. He rose above hate and enmity. His heart was full of hope and mercy. Today, Ta’if is a beautiful town with its people professing the Islamic faith.

Similarly, in the aftermath of the Battle of Uhud, the Prophet s.a.w. was narrated to have been greatly injured. The Prophet s.a.w. did not become resentful or held grudges with his adversaries. Instead, he prayed that they would be forgiven. This incident was narrated by Imam Muslim in his Sahih (collections of authentic narrations) under the Bab (Sub-topic); The Battle of Uhud. The following narration showed the Prophet's response by making the supplication:

“Oh Lord, forgive my people for they do not know.”

Rasulullah s.a.w. also explained that this dua was invoked by the previous messengers and showed that indeed forgiveness is greater than revenge.

2. Seeing the Best in Others

The Prophet s.a.w. also taught us that through love and mercy, one can be drawn to the beauty of Islam. The earlier days of Sayyidina Umar r.a. showed that he was a notable adversary of Rasulullah s.a.w. that had challenged the Prophetic message prior to becoming a Muslim. Even then, the Prophet s.a.w. prayed to Allah s.w.t to soften his heart. In a hadith by Ibn Umar r.a, Rasulullah s.a.w. supplicated,

“Oh Allah, strengthen Islam with one of two men whom you love more: Abu Jahl or Umar ibn Al-Khattab.”

Sayyidina Umar r.a. eventually accepted Islam after he confronted his sister for being a believer. He was in a rage that his sister had abandoned their traditional belief and accepted Prophet Muhammad s.a.w. However, the tenderness of his sister, who did not challenge his confrontation, softened his heart. When he finally read the Quran himself in that state, he received the ray of light from Allah s.w.t and the rest is history.

Clearly, through gestures of love and mercy, even the hardest hearts can be softened, just like how hard rocks can be yielded by the continuous flowing of water. At times, we may think that the harder we are, the better it is for us to fight against those who hate us. However, this was not what the Prophet s.a.w. had demonstrated. He showed that love trumps hate. Hate should be challenged with love and mercy, not enmity and violence. The Chinese philosopher Lao Tzu once said, “Whatever is fluid, soft, and yielding will overcome whatever is rigid and hard. This is another paradox: what is soft is strong.” 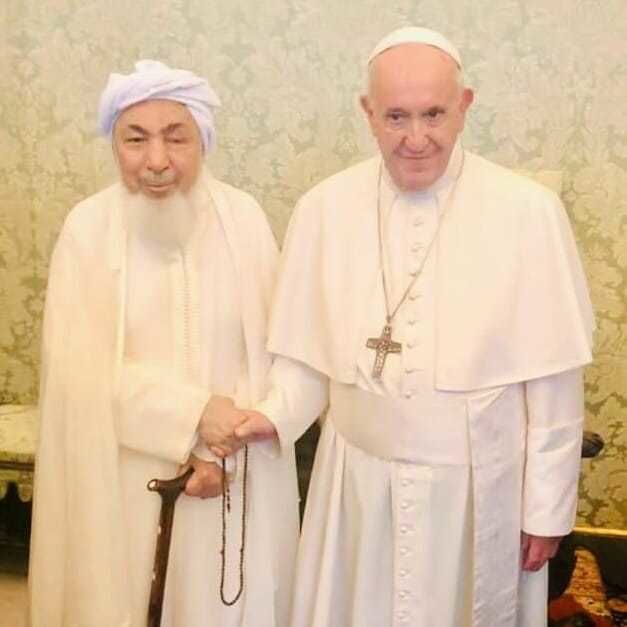 One of the teachings of love from Prophet Muhammad s.a.w is for us to love one another. The Prophet s.a.w taught us that what we love for ourselves should also be what we love for others. In a hadith, Rasulullah s.a.w. reminded us of this golden rule,

The Syrian scholar Sheikh Mustafa Bugha commented on this hadith in his book Al-Wafi Fi Sharhil Arba’een An-Nawawiyyah, it is mentioned that ‘brother’ here is not limited to just fellow believers, but can be extended to all of humanity as well, commonly refered to as Al-Ukhuwwah Al-Insaniyah (brotherhood in humanity). Hence, we must ensure that what we like for ourselves, we also do it for others. What we do not like for ourselves, we do not do it to others. The Prophet s.a.w emphasised that we should be good neighbours. He told us that, as believers, we should not usurp the rights of our neighbours and do things that may disturb and harm them.

The Prophet s.a.w instructed us to look after one another and love the poor and needy. In a hadith, Rasulullah s.a.w. reminded his wife Aisyah r.a,

"Oh Aisyah, Love the poor and be near them, for He will bring you near Him on the Day of Resurrection."

The Prophet s.a.w. taught us that indeed, a society that loves one another and takes care of each other is a society that is strong and cohesive. In a world where there is a proliferation of hate and enmity, as followers of Prophet Muhammad s.a.w, let us re-establish this golden rule as a basis of our relationship with others.

4. Love for Other Creations

Beyond doing good to one another, Prophet Muhammad s.a.w. also showed how we should treat other living creatures with love and mercy. He warned against harming the animals. In a hadith, Rasulullah s.a.w. said,

“A woman was punished because of a cat which she kept locked up until it died, and she entered Hell because of it, because she did not feed it or give it water when she kept it locked up, neither did she let it eat from the vermin of the earth.”

Prophet Muhammad s.a.w. was always gentle with other creations. Even though we regard some animals as impure, Muslims are expected to respect and handle them with love and mercy. For instance, in dealing with dogs, the Prophet s.a.w. did not teach us to hate them. In fact, the Prophet s.a.w. told us about the merits of feeding dogs. In a hadith, it was shared that,

"A man felt very thirsty while he was on the way, he came across a well. He went down the well, quenched his thirst and came out. Meanwhile, he saw a dog panting and licking mud because of excessive thirst. He said to himself, "This dog is suffering from thirst as I did." So, he went down the well again and filled his shoe with water and watered it. Allah thanked him for that deed and forgave him. The people said, "Oh Rasulullah! Is there a reward for us in serving the animals?" He replied: "Yes, there is a reward for serving any animate (living being)."

Prophet Muhammad s.a.w. emphasised to us that we have a collective duty towards our environment. Rasulullah s.a.w. encouraged us to plant trees as it would benefit other creations.

“No Muslim who plants a tree or sows seeds, and then a bird, or a person or an animal eats from it, except that this is regarded as charity.”

Read: 5 Things Prophet ﷺ Taught Us About Protecting the Environment

Read: Why Is Love So Important?