10 Places To Visit In Madinah

Discover the best places to visit in Madinah including Prophet's Mosque, Quba Mosque and Mount Uhud.
by Alia Fatin Binte Abdullah 2019-12-09 • 9 min read
Alia Abdullah is a law graduate and digital media specialist. In 2021, she won the Exemplary Skillsfuture @ Public Service Award, a national award that recognises individuals who constantly upgrade their competencies. Alia is an exceptional writer whose work has been featured in Young Women in Leadership Dialogue's (YWILD) Commemorative Book "Unprecedented - To the Beat of Her Own Drum” and on platforms such as Mvslim and The Muslim Vibe. Alia lived and worked in Saudi Arabia for 2 years. She is now based in Singapore.
2019-12-09 • 9 min read

11 Places To Visit In Madinah

Do note that information in the article is accurate at the time of publishing.

Madinah is the second holiest city after Makkah. Although visiting Madinah is not an obligatory part of Hajj or Umrah, most of us will grab the opportunity to visit this place that is closely connected with our beloved Prophet Muhammad s.a.w. And is full of historical significance.

If you’re one of the blessed ones who will be heading to Madinah this holiday season, here is a list of places you may like to visit! 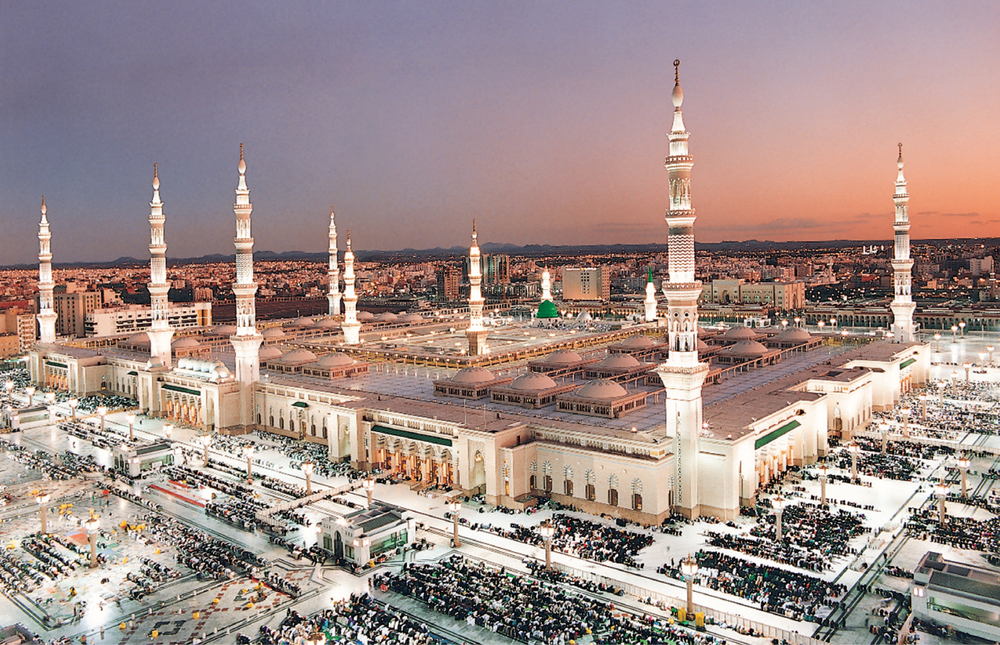 Al Masjid an Nabawi is also known as the Prophet’s Mosque. It was the second mosque built by Prophet Muhammad s.a.w. in the first year of Hijrah when he migrated with his followers from Makkah to Yathrib (Madinah). (‘The Prophet’s Mosque: Great status and vast expansions in the Saudi era’, 2018)

Abu Huraira (Allah be pleased with him) reported Prophet Muhammad s.a.w. as saying:

“Prayer in my mosque is more excellent than a thousand prayers observed in other mosques except the Masjid al-Haram.” 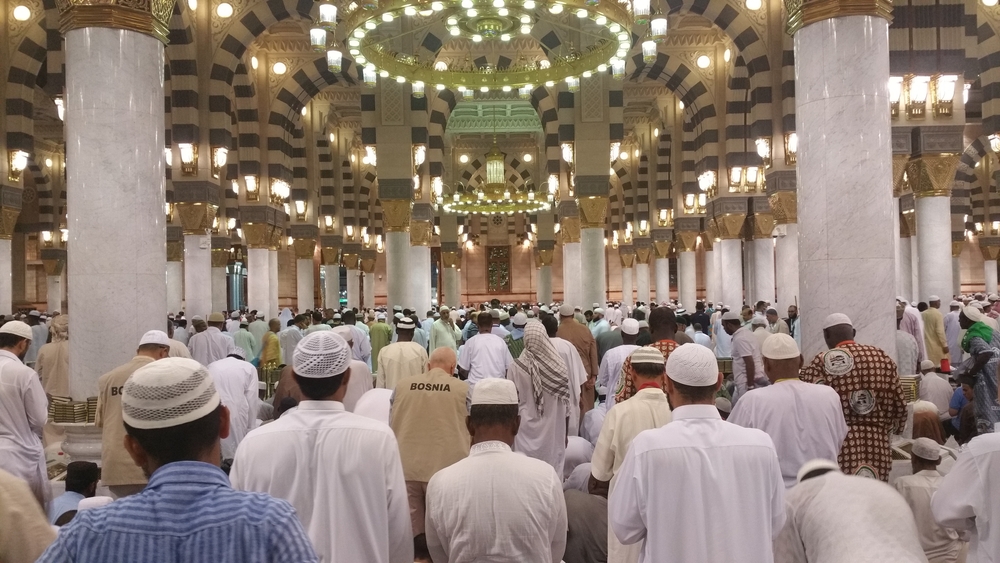 The tomb of Prophet Muhammad s.a.w. is marked by the iconic green dome. It’s hard not to cry when you see it and realise that you’re standing so near to Prophet Muhammad’s final resting place. 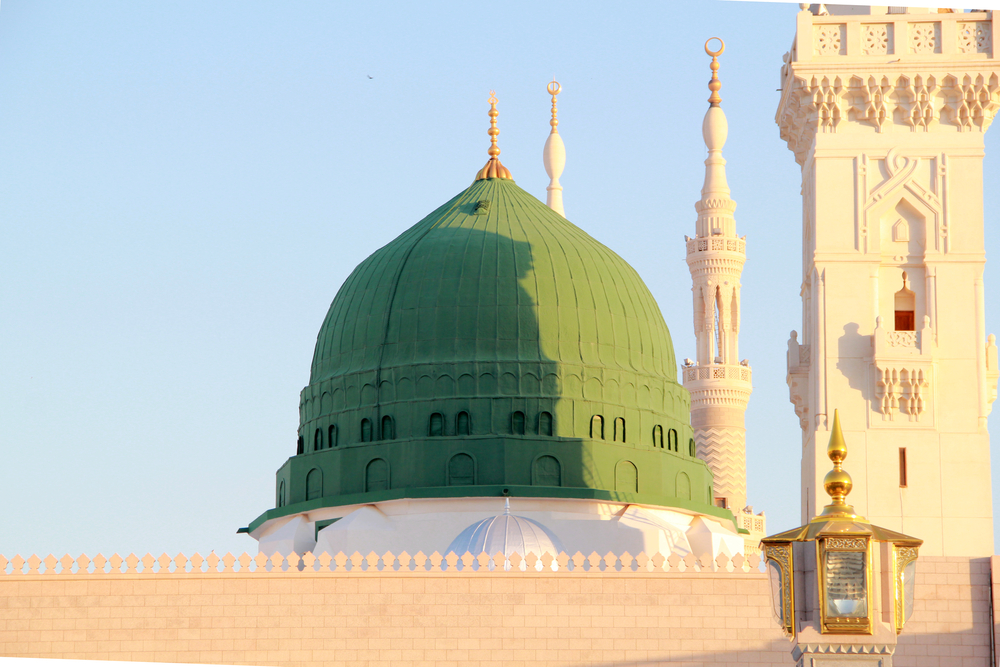 Don’t miss your chance to pray at al-Rawdah! According to a hadith, this area, between Prophet Muhammad’s house and pulpit, is a garden of the gardens of Paradise. 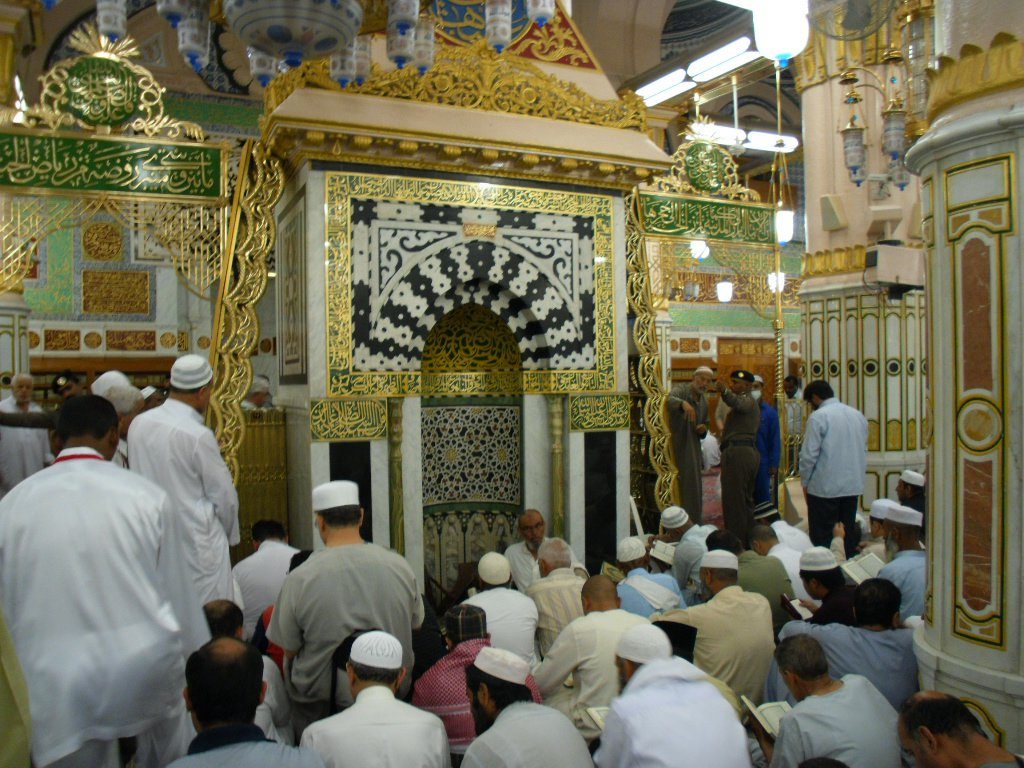 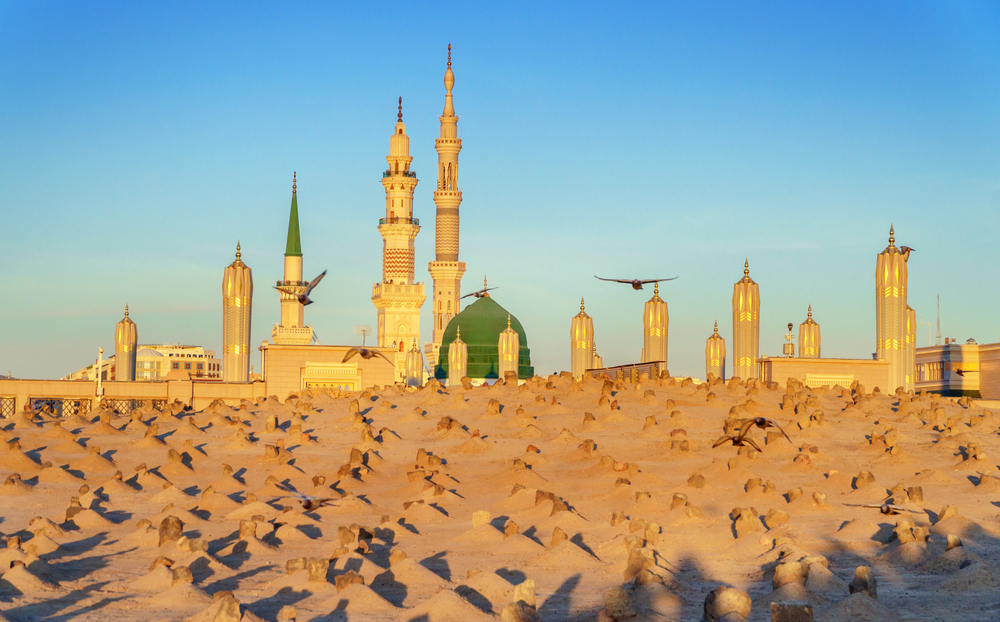 Jannatul Baqi, also known as Garden of Heaven, is the oldest and the first Islamic cemetery In Madinah. Here are some of the scholars and Prophet Muhammad's family members and companions who are buried here. 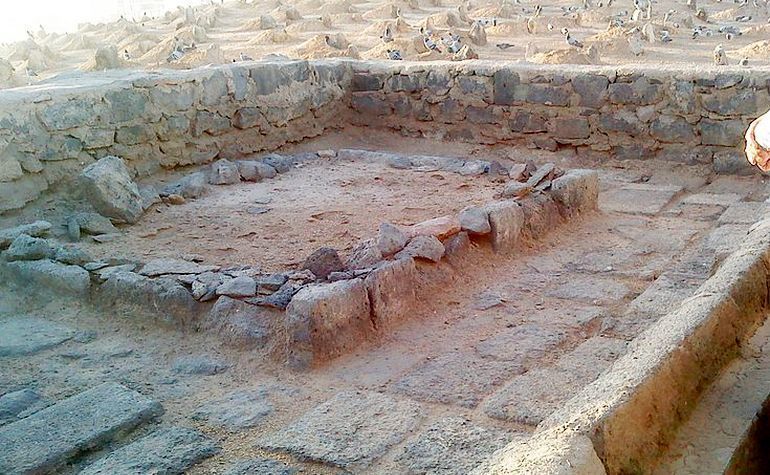 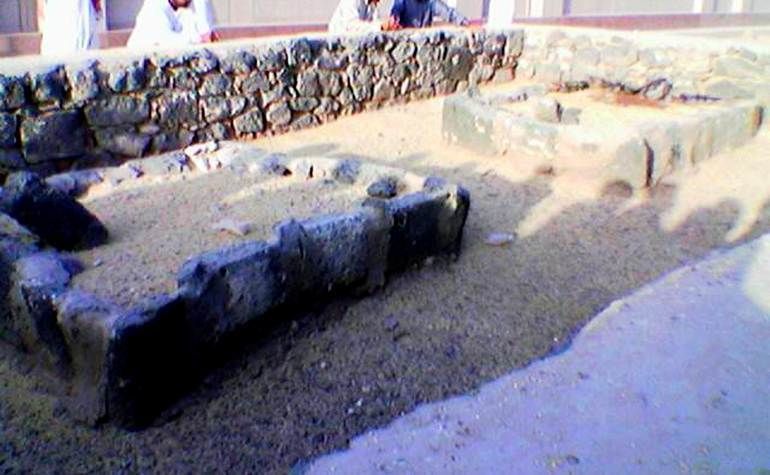 3. Mount Uhud and site of Battle of Uhud 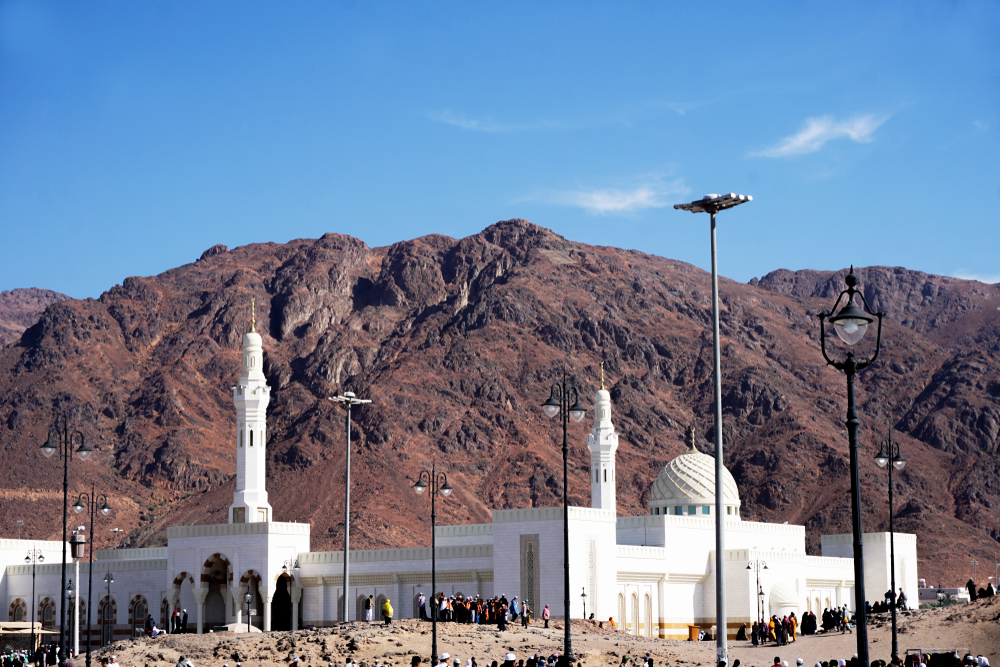 Mount Uhud or Jabal Uḥud is a mountain north of Madinah, Saudi Arabia.

The mountain has witnessed the intense Battle of Uhud between the early Muslims and the Quraish. To fully appreciate the significant historical events that took place, it is recommended that you get a tour guide who would be able to recount the story at the site of the battle.

You will also be able to visit the graves of the martyrs, including Hamzah ibn ‘Abd al-Muttalib, the paternal uncle of Prophet Muhammad s.a.w. 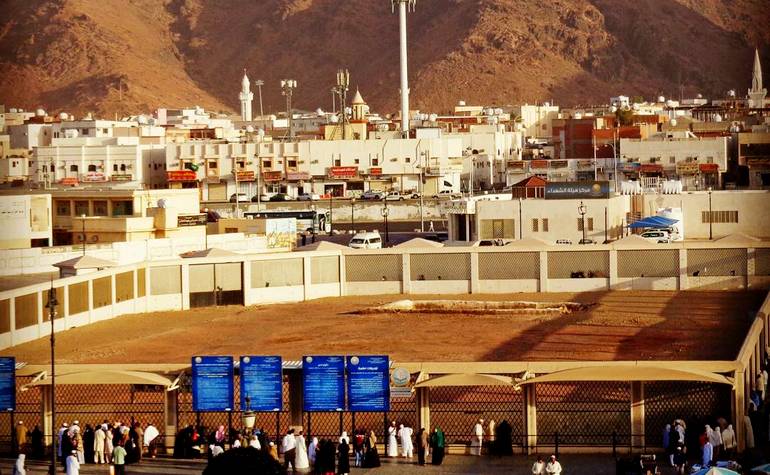 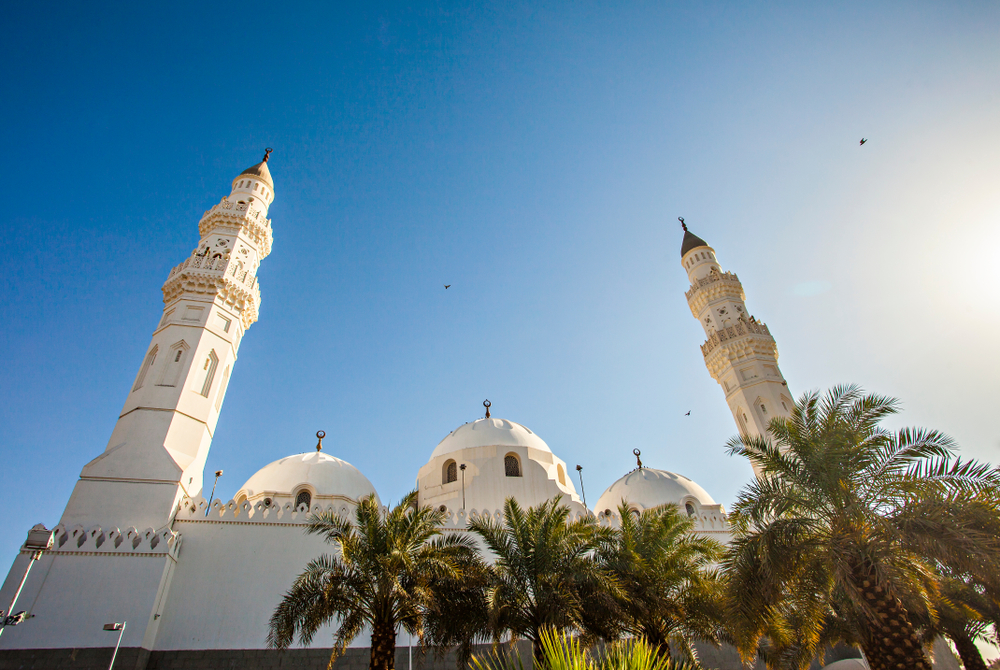 After Prophet Muhammad s.a.w. Migrated to Madinah, he built Quba' Mosque and offered prayers in it. He would ride a camel or walk to the mosque every Saturday to offer 2 rakaats of prayers.

We are encouraged to perform 2 rakaat of Sunnah prayer at this mosque. According to a hadith from Sunan Ibn Majah, Sahl ibn Hunayf reported that Rasulullah s.a.w said,

“Whoever purifies himself in his house, then comes to the mosque of Quba and prays in it, he will have a reward like the Umrah pilgrimage.” 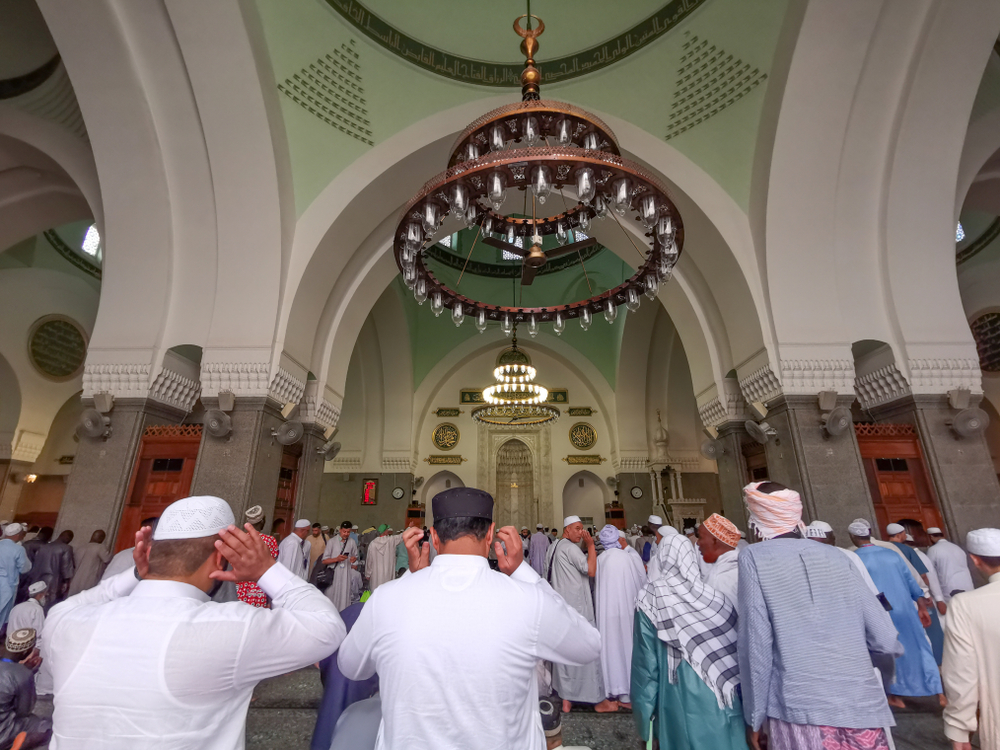 You may have heard of Wadi Jinn in Madinah where vehicles can mysteriously move on their own, even when their engines are switched off.

Some people believe that jinns are at work but there is a theory that the cars are able to move because of the magnetic force from the surrounding mountains. Hence, this place is also called Jabal Magnet or Bukit Magnet.

If you’re lucky, you would be able to see camels in the surrounding area! 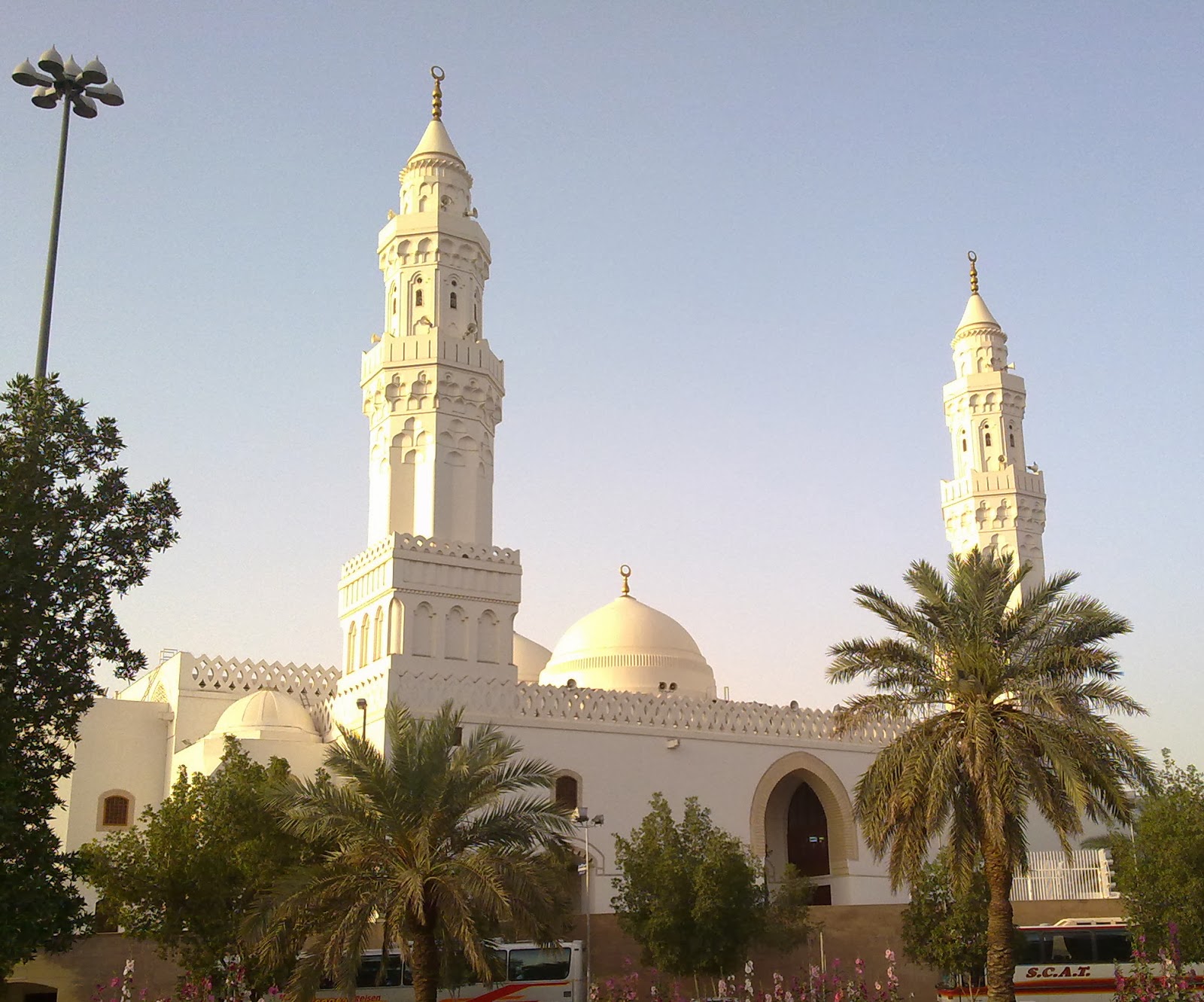 The Qiblatain Mosque is the place where Prophet Muhammad s.a.w. received the revelation to change the direction of the qibla (prayer direction) from Baitul Maqdis in Jerusalem to al-Masjid al-Haram in Makkah. Because of this defining moment in Islam, all of us now face Makkah during our prayers. 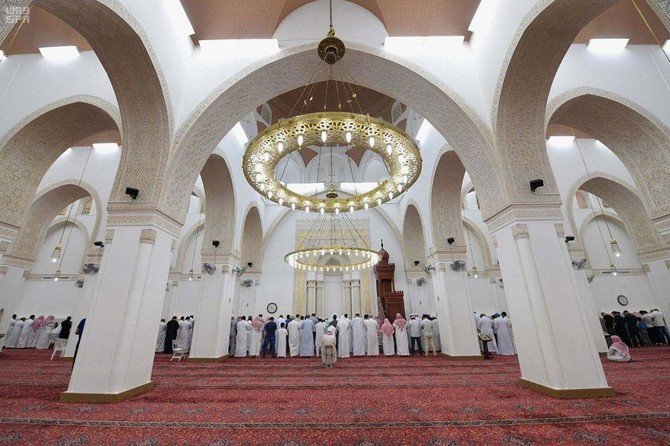 Thus, the mosque became known as the mosque of Two Qiblas, or Masjid al-Qiblatain. At the prayer hall, you would be able to see signs showing the direction of Makkah as well as Jerusalem.

The mosque is currently being expanded to be able to hold more than 4,000 worshippers.

Al-Madina Museum offers excellent guided tours in English that bring visitors through its interesting collections. The history of Madinah is laid out very well, documenting the landscape, the people and how it has been shaped over the years. 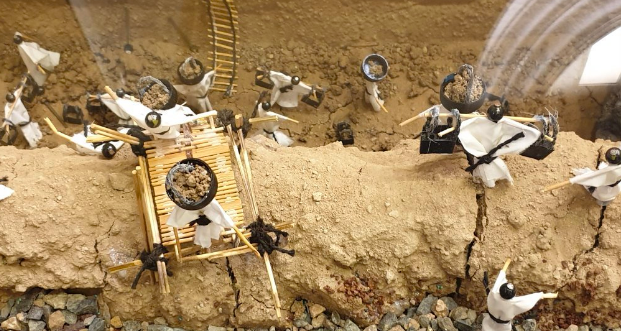 One of the most interesting parts of the tour is the evolution of Masjid Nabawi from a house, courtyard, and home to the massive complex that it is now. 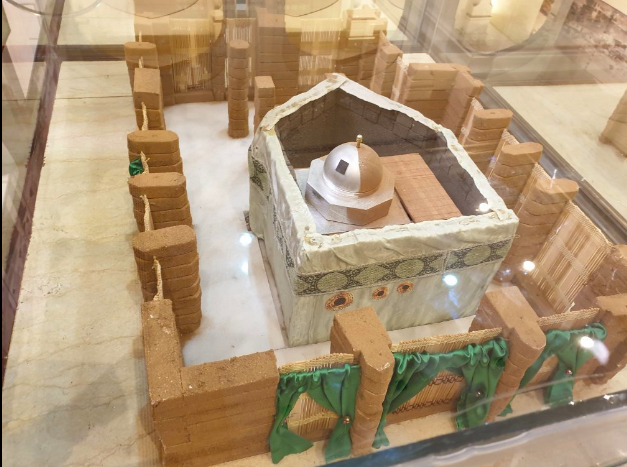 The life of Prophet Muhammad s.a.w. from his birth to death is explained as well. 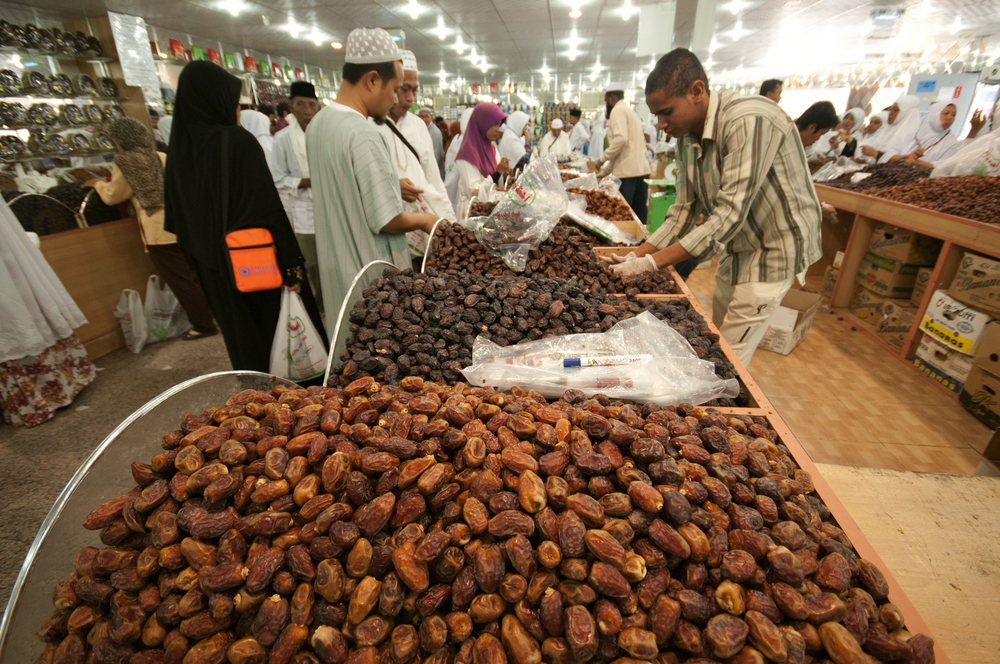 Madinah is well-known for its high-quality dates. You will be able to find many types of dates at Central Date Market such as Ajwa, Barni, Majdoul, Anbara, Safawa and Sukkari, known for their golden, melt-in-your-mouth soft flesh.

Make sure that you try the dates before buying any as the texture and taste vary from shop to shop!

9. The Seven Mosques, Site of the Battle of The Trench (Khandaq) 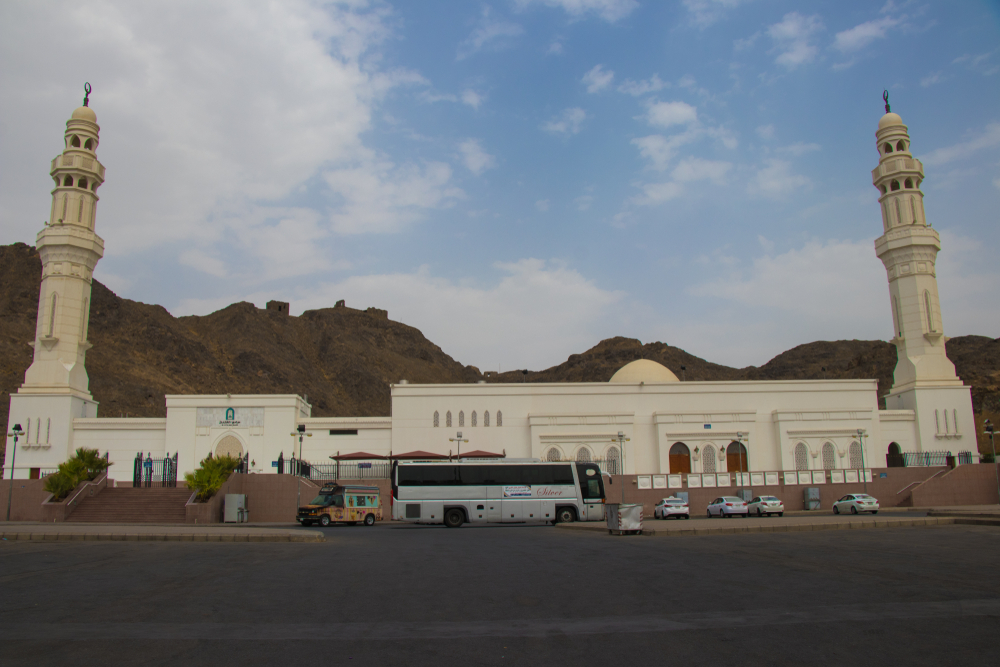 The Seven Mosques are near the site of the Battle of the Trench, or Battle of Khandaq, found on the western edge of Sela mountain.

Salman Al-Farasi suggested that the outnumbered Muslims dig a trench to defend Madinah from Quraish tribes. The opposing allied forces, who came on horses and camels, were unable to attack as they could not cross the trench. 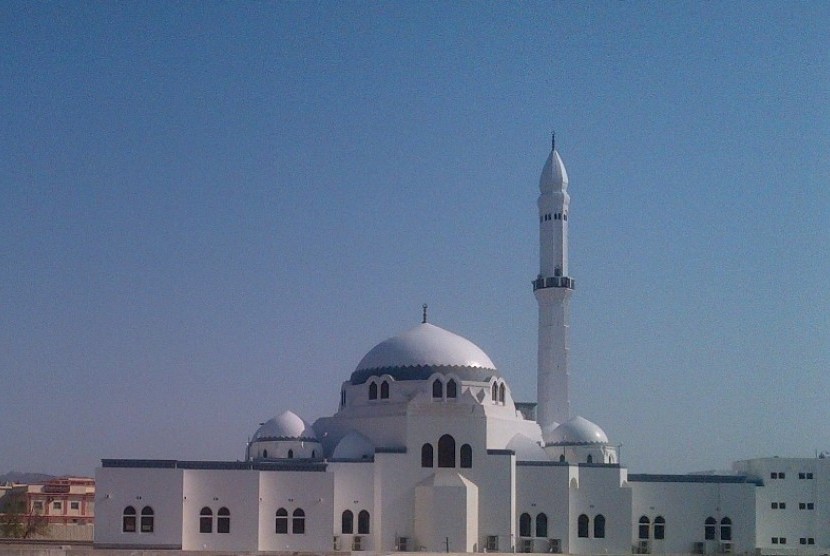 After his Hijrah (migration) from Makkah to Madinah, Prophet Muhammad s.a.w. led the first Friday prayers at Masjid Jummah.

May Allah accept your Umrah, grant you forgiveness, and reward you for all your efforts in the path to Him, Amiin!

This article was written with input from Ustaz Ridhwan Mohd Basor, a member of Asatizah Youth Network.