The Significance of Hari Raya Aidiladha 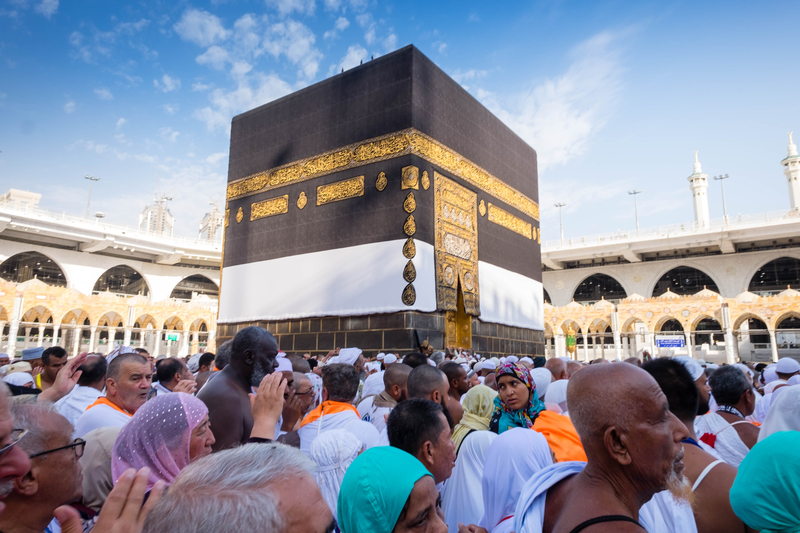 Muslims around the world celebrate two great festivities (Hari Raya) annually - Aidilfitri and Aidiladha. While Aidilfitri is celebrated more commonly and openly in Singapore i.e. by visiting family members and friends in colourful traditional outfits, less can be seen in the celebration of the Aidiladha besides the annual sacrifice of animals or the Qurban. So, what is so significant about the upcoming Aidiladha?

Why we celebrate Hari Raya Aidiladha 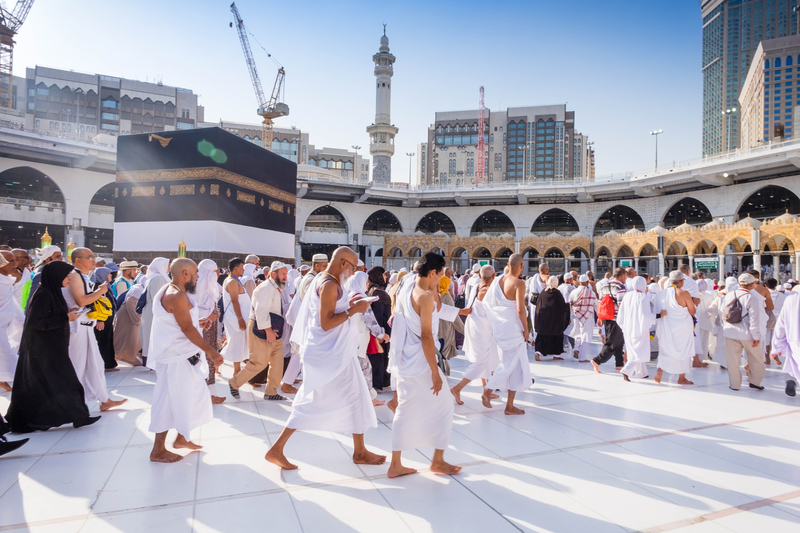 Muslims observe the Five Pillars of Islam, which are ordained by Allah, to their best of ability. Among the most challenging forms of worship among these 5 pillars are the Saum (fasting during the whole month of Ramadhan) and the Hajj (Pilgrimage to Mecca).

"Islam is built upon five: to worship Allah and to disbelieve in what is worshipped besides him, to establish prayer, to give charity, to perform Hajj pilgrimage to the house, and to fast the month of Ramadan” (Al-Bukhari)

For Aidiladha, in particular, it is a celebration that marks the completion of all the Pillars of Islam by fulfilling the fifth pillar, the Hajj. The Hajj pilgrimage is only obligatory once in a lifetime, for those who are physically, physiologically and financially abled. Muslims around the world, who are chosen to be the guests of The Most Merciful, answer the calling to perform the pilgrimage in the holy city of Makkah. Despite coming from diverse backgrounds, cultures and statuses, they congregate at the same place with one objective - to submit completely to Allah. This is the time for Muslims to wholly express servitude to the Almighty by performing their Hajj.

This ritual originated from the sacrifices of Prophet Ibrahim a.s, his wife Hajar and Prophet Ismail a.s. For example, when Hajar was in a barren desert, alone with her infant, she did not lose hope. She believed that Allah was with her. And indeed, Allah miraculously provided them with zam zam water. Zam zam water still flows today, and pilgrims do not miss the opportunity to drink it. 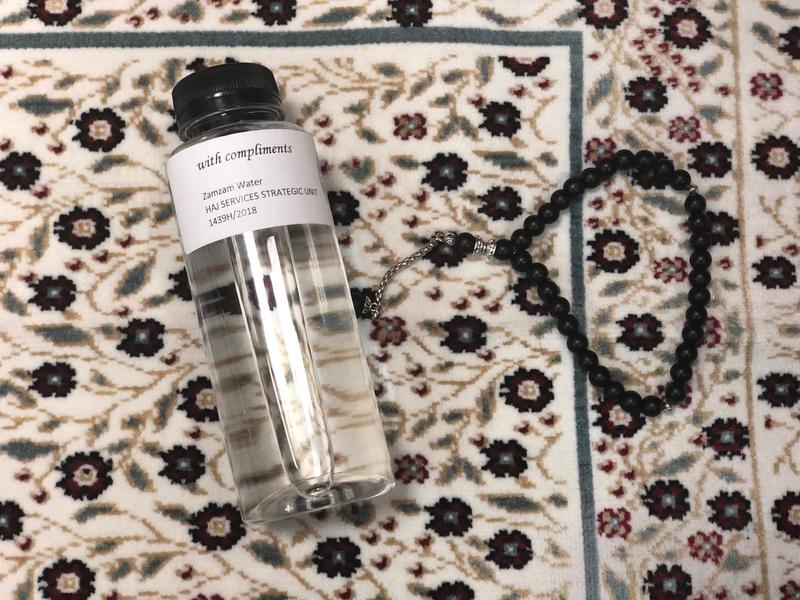 All the acts of Hajj require significant physical and financial commitment. As Muslims go through the pilgrimage, it is not just about the rituals. We reflect deeply on the incredible strength and fortitude of Prophet Ibrahim and his family. We renew our intentions and remind ourselves of our ultimate purpose - to live lives that are completely centered on Allah.

Recognizing the sacrifices that we do for the sake of Allah, Allah the Most Giving and Most Merciful grants us the joyous celebration of Eid or Hari Raya. This festive celebration is also a means to express our gratitude for the countless blessings given. 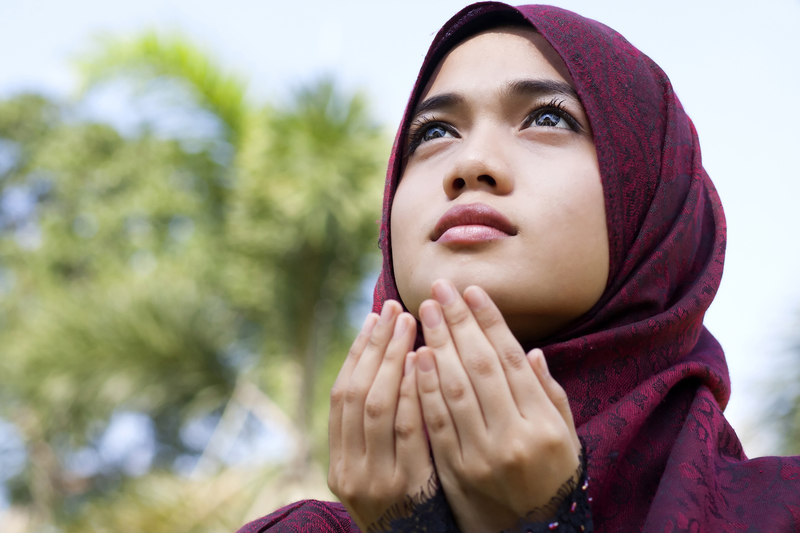 Allah says in Surah At-Tawbah, verse 36, which means “The number of months in the sight of Allah is twelve (in a year) - so ordained by Him the day He created the heavens and the earth; of them four are sacred (the 1st, the 7th, the 11th and the 12th months i.e. Zulhijjah).”

Even in the pre-Islamic period where fightings were normalised, it was forbidden to continue fighting in these months out of respect of its sacredness. Allah s.w.t has made the month of Zulhijjah as one of the sacred months of Islam.

In Zulhijjah, Allah rewards all good deeds by multi-fold, especially in the first ten days. This can be seen in a hadith narrated by Imam Ahmad:

“There are no days greater and more beloved to Allah than these ten days of Zulhijjah."

For those of us who can fast throughout the first 9 days of Zulhijjah, let us fast as there are no specific limits to the rewards of fasting except by Allah’s Grace. For those whose conditions do not permit them to fast for 9 days, try not to miss the fasting of Arafah (i.e. fasting on the 9th of Zulhijjah or the eve of Aidiladha). This fast is especially for those of us who are not performing the Hajj this year. Our Prophet Muhammad s.a.w, as recorded by Imam Muslim, mentioned:

“Fasting on the Day of Arafah absolves the sins for two years: the previous year and the coming year, and fasting on Ashura, (the tenth day of Muharram) atones for the sins of previous years.”

On the tenth and final day of the best ten days, Allah specifically designated Aidiladha to be a day of celebration and feast. Celebrations are even extended up to four days (10th – 13th Zulhijjah) instead of a supposed single-day celebration.

To many Muslims around the world, it is the bigger ‘Eid’ or celebration compared to Aidilfitri. Fasting during these four days is prohibited. Hence, understanding the significance of the sacred month of Zulhijjah and the reason behind the celebration will help us realise how festive and meaningful Hari Raya Aidiladha is.

Celebrating the value of sacrifice 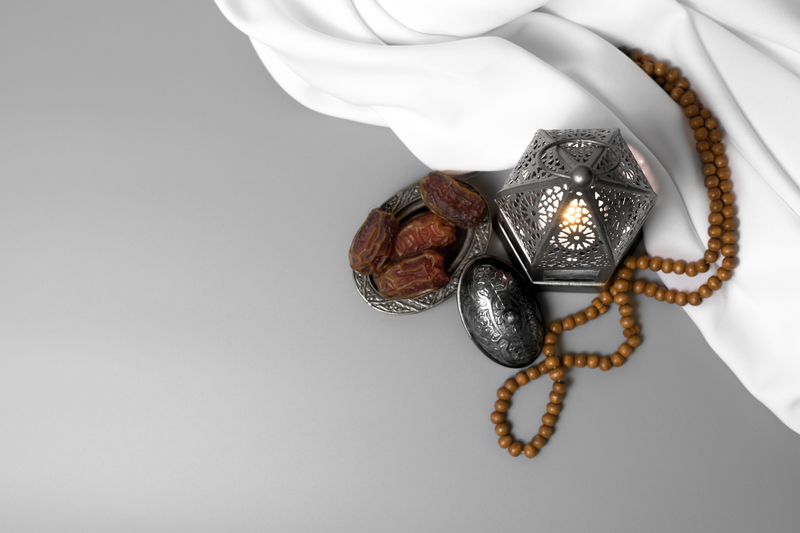 In the spirit of the festive occasion of Aidiladha, Muslims are encouraged to say the Takbir after every prayer beginning from the Subuh prayer of the 9th Zulhijjah until the Asar prayer of the 13th Zulhijjah, to glorify and praise Allah for this significant occasion. On the morning of Hari Raya Haji, Muslims gather at mosques to pray in congregation. After performing the prayer, it is in the tradition for Muslims to greet one another and further brighten the joyous occasion. They are also encouraged to take different routes in their journey to and from the mosque so that they will meet and chance upon more people to share the joyful atmosphere through greetings and short exchanges. Muslims also show their gratitude to Allah by strengthening communal bonds with the community at large.

This act of sacrifice continued to be a tradition where Allah has given everyone the benefit to be a part of this joyous occasion, from the one who partakes in the Qurban to the one who receives and consumes the meat. Part of expressing gratitude to Allah is through giving. It is a manifestation of love that fills the air as we celebrate this Day of Gratitude.

Prophet Ibrahim a.s. and his family showed us the true meaning of sacrifice for the sake of Allah. In these blessed days, let us ask ourselves this question - what are we willing to give up today to re-centre our lives completely on Allah s.w.t? We pray that Allah grants us the guidance and the steadfastness in observing all his commands and include us among His obedient and righteous servants.