What Does Tawakkul Mean? 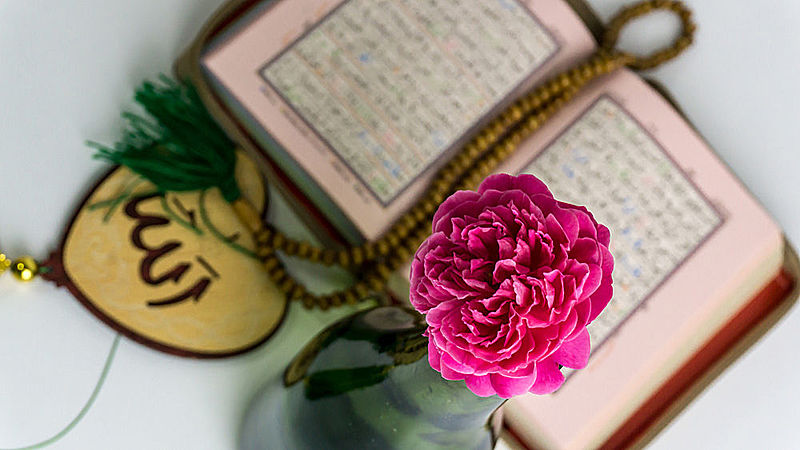 Tawakkul is a key teaching of Islam. The number of Quranic verses and hadiths that speak about it signifies its importance. Also, there are no books written by Muslim scholars from the past till today on Akhlaq (Etiquettes), an important aspect of Islam, that do not contain a chapter on tawakkul.

One of many pieces of evidence on the importance of tawakkul in Islam is the fact that Allah s.w.t. revealed it as a path to His love and those who uphold it consistently are His beloved servants.

Surely, Allah loves those who place their trust in Him

However, an Islamic virtue requires the right understanding to positively affect men and women because past and contemporary realities have also shown some negative effects of tawakkul due to misunderstanding of its concept. Some examples are fatalism (human being is predestined to its fate and is unable to change them except through absolute reliance on Allah), a misunderstanding of tawakkul that incorporates human beings’ effort but without due consideration to cause and effect law that is relevant to the objective, or striving for noble objective with no regard of potential harms from external factors. 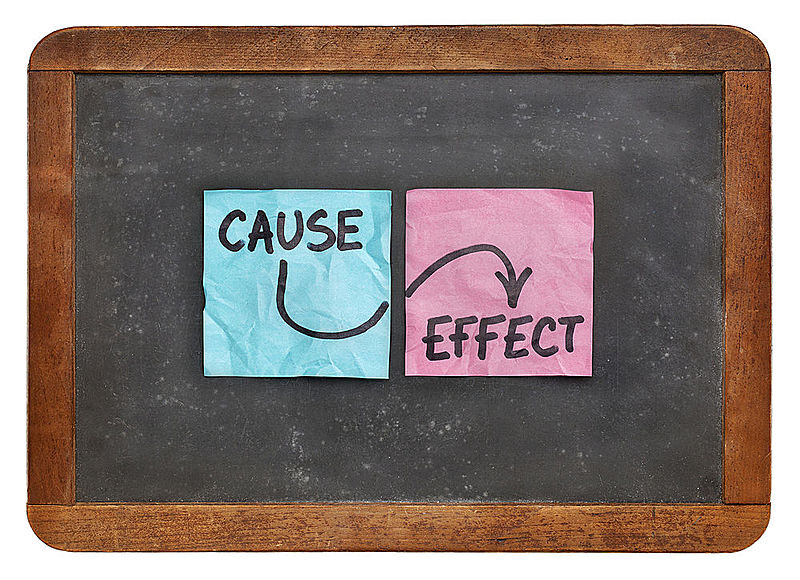 These examples could be seen from some segments of the Muslim community around the world when facing the Covid-19 pandemic. Some Muslims:

●      hold that mosques should not be closed and Friday prayer should not be stopped because if God has willed a person to be sick, none would be able to stop it. In fact, the pandemic is a test from God on human’s true reliance on Him alone to address the prevalent deficit of tawakkul among Muslims today.

●      recognise the danger of the pandemic and the need for Muslim’s efforts but their actions do not fit with the cause and effect law (a relationship between two things or events, where one is the effect of the other) to address the problem such as organising larger public assembly for special prayer which would only aggravate the problem instead.

●      recognise the need for effort but they are “mere consolatory” because of the belief that it is the quality of tawakkul that matters in determining success.

Firstly, the accurate understanding of tawakkul is not merely based on the idea of reliance, but also on the human’s recognition of being imperfect creation of God which would naturally limit their ability to overcome life’s challenges alone without God. It is a recognition that humans could still fail despite putting the best effort for life’s objective and, thus, they must rely on God’s support. For that, as humans, we should strive to strengthen our relationship with God through constant ibadah and not letting life’s endeavours neglect the devotional obligation to Him. 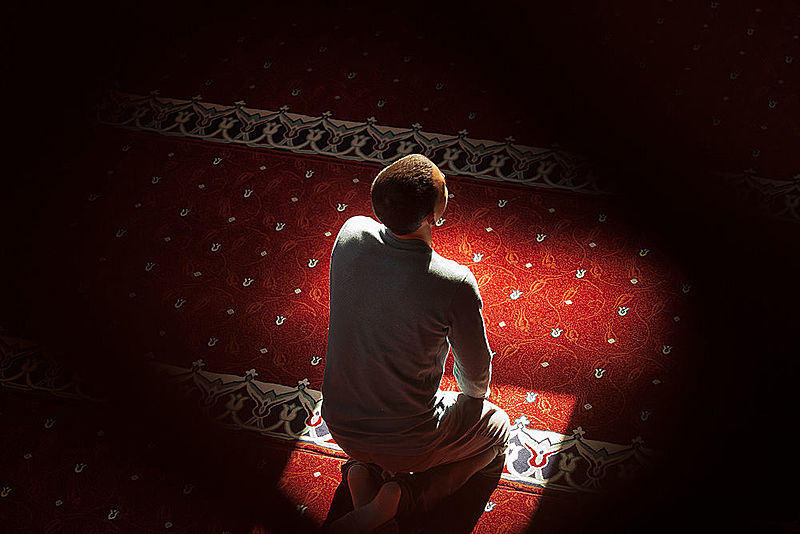 When successful in life, humans also should not fall into arrogance thinking that success is achieved by their personal efforts only as exemplified in the story of Prophet Sulaiman a.s:

“This is by the grace of my Lord to test me whether I am grateful or ungrateful. And whoever is grateful, it is only for their own good. But whoever is ungrateful, surely my Lord is Self-Sufficient, Most Generous”

This is in contrast with Qarun:

He said, "I was only given it because of the knowledge I have." Did he not know that Allah had destroyed before him of generations those who were greater than him in power and greater in accumulation of wealth?

Secondly, tawakkul does not mean to merely rely on God’s iradah (will) only. It could also mean to respect and adhere to the causal law that God Himself created in the universe because God’s will does not happen in a magical manner. Although the supernatural and miracles are not impossible to God, His will is first manifested through the causal law and His servants’ effort. For example, a hungry person is required to feed food in front of him to his mouth to overcome hunger, not by mere staring or praying to God. This is the sunnah of creation (Sunnatul kawn).

Putting effort is necessary to achieving a life's objective because tawakkul in Islam constitutes reliance on the law of causality created by Allah. 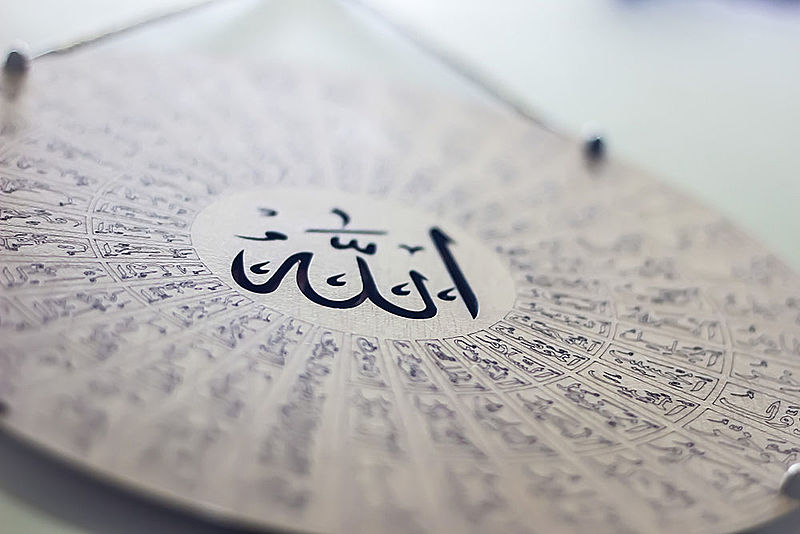 The former is not in contradiction with the latter. Instead, it is a prerequisite for the latter.

Three stories of the righteous servants of Allah in the Qur’an could be cited as dalils (pieces of evidence) here.

“And take counsel with them in all matters of public concern; then, when thou hast decided upon a course of action, place thy trust in God: for, verily, God loves those who place their trust in Him” 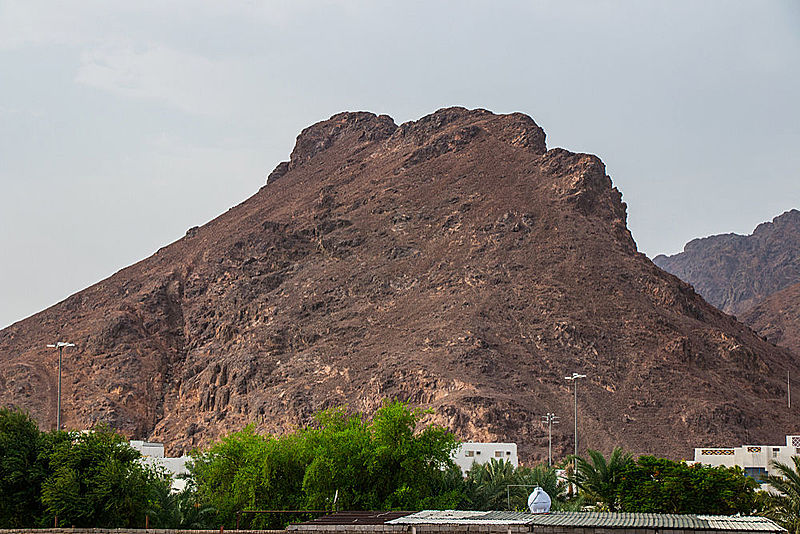 The verse advised the Prophet not to let the defeat cause him to abandon consultation that he practised with the companions in preparation for battle at Uhud – whether to confront the enemy outside or to defend from within Madinah and other strategies. It reminded the Prophet that the bad experience should not make him incline towards making decisions based on his own ideas only.

The verse mentions “wa shawirhum (take counsel)” and “fa iza `azamta (when thou hast decided upon a course of action)” first before the command for tawakkul came to highlight the importance of effort.

Muslim scholars hold that the meaning of “fa iza `azamta” is to make a decision after due consideration of all factors in consultation with relevant experts and stakeholders.

“He then instructed them, “O my sons! Do not enter the city through one gate, but through different gates. I cannot help you against (what is destined by) Allah in the least. It is only Allah Who decides. In Him, I put my trust. And in Him let the faithful put their trust.”

“So send one of you with these silver coins of yours to the city, and let him find which food is the purest, and then bring you provisions from it. Let him be ˹exceptionally˺ cautious, and do not let him give you away.”

a) tawakkul is reliance on God with effort from humans to achieve an objective, despite the belief that Allah  Al-`Azim (The Most Great) and Al-Qadir (The Most Able) is ever able to fulfil His servants’ need without effort from them,

b) tawakkul does not dismiss the need for taking precautions and mitigating risks from harm even when performing devotional acts in the path of Allah, as pronounced by the Prophet in a hadith, “… tie your camel, rely on Allah (tawakkul).” (Narrated by Imam Al-Tirmizi)

Putting effort before tawakkul in Islam does not mean a simple effort that is close to mediocrity.

Islam enjoins Muslims to always strive in the best manner to fulfil the causal factor of an objective that could be known from scientific and methodological studies by experts of the relevant field.

Behold, We established him securely on earth, and endowed him with [the knowledge of] the right means to achieve anything [that he might set out to achieve]. and so he chose the right means [in whatever he did].

Allah has made Zul Al-Qarnain a powerful ruler by providing with knowledge and the capacity to fulfil causal law of things in this world as a lesson for humans in seeking success.

Secondly, the Quran desires Muslims to be Khayr Ummah (the Best Nation) as mentioned in the Quran. Only by being the best, Muslim could command respect and be exemplary to others and this does not fit with a culture of “consolatory effort” in the name of tawakkul.

Finally, Islam enjoins ihsan and itqan in all things.

“Verily Allah has prescribed ihsan (proficiency, excellence) in all things….. and if you slaughter, then slaughter well. Let each one of you sharpen his blade and let him spare suffering to the animal he slaughters.”

The meaning of ihsan here is not limited to compassion. It encompasses excellence. If ihsan is commanded when slaughtering animals for consumption, it is logical to deduce that ihsan is equally expected in acts that are more important than slaughter.

“Allah loves to see his servant who does a job with itqan (meticulously).”

Although ihsan and itqan carry different meanings, they are the two sides of the same coin. Ihsan requires itqan and itqan is an important manifestation of ihsan indeed.

Tawakkul in Islam is not an absolute reliance on God’s taqdir. It must encompass respecting and adhering to the causal law that is embedded in the universe by God Himself. Man is required to strive to fulfil causal law of anything that they want to achieve and the strive must be in the best manner, and not a mere consolatory effort.