4 Things to Know about The Story of Hudaibiyah

Sulhul Hudaibiyah was a pivotal treaty that took place between the Muslim community of Madinah and the Quraysh of Makkah in a place called Hudaibiyah.
by Ustaz Ahmad Ridha Bin Ramlan 2022-06-01 • 17 min read
Ustaz Ahmad Ridha spent 12 years of his studies at Madrasah Al-Junied Al-Islamiah. He later furthered his studies in the faculty of Islamic Religious Knowledge at the International Islamic University Malaysia, majoring in Islamic Jurisprudence and minoring in Political Science.
2022-06-01 • 17 min read

4 Things to Know about The Story of Hudaibiyah One way to learn and understand better the history of Islam is to re-read and relate historical events to our daily lives by asking ourselves, “how can we benefit from it?” I personally think one of the most remarkable events of the Prophet’s life would be the story of ‘The Treaty of Hudaibiyah’ (Sulhul Hudaibiyah).
It was a pivotal treaty that took place between the Muslim community of Madinah and the Quraysh of Makkah in a place called Hudaibiyah. This treaty bears such significance as it eventually led to the opening of Makkah (Fathul Makkah).

Ibn Al-Qayyim Al-Jawziyyah described the pivotal treaty as ‘a door and key’ to the opening of Makkah. The late Imam As-sheikh Saeed Ramadan Al-Boutiy mentioned in his book ‘Fiqh Sirah’ that Allah has intended through this treaty, the opening of Makkah to be in mercy and peace, not in the manner of massacre and war. This event subsequently leads to greater acceptance shown by the people of Makkah towards the Prophet s.a.w and Islam. The event took place when Prophet Muhammad s.a.w. and his companions began to embark from Madinah to Makkah to perform the Umrah, in Zulkaedah on the 6th year after Hijrah. The companions r.a. felt special as they initially thought this was the prophesied return to their homeland Makkah, where they were previously prosecuted for being Muslims and were then chased out by the Quraysh of Makkah.

This journey came to an unfortunate halt when the Quraysh of Makkah intercepted them, planning to attack and preventing them to proceed any further.

"O Rasulullah, Quraysh have heard of your arrival and have gone forth dressed in tiger skins, with all their camels, and have settled in Dhi-Tawa or Baldah - they have vowed that they will not let you enter Makkah"[1]

There are three important lessons that we can extract from this story;

1. The relationship between Muslims and non-muslims (among states and its people), 1. Peace is preferred over war

The Prophet initiated the treaty himself after being approached by a mediator, Budayl Ibn Warqa Al-Khuza'i, at the farthest end of Hudaibiyah. Budayl said to the Prophet s.a.w:

"I left Kaab bin Lu-ayy and Amir bin Lu-ayy to reside at the well of Al-Hudaibiyah, and they will prevent you from visiting the House of Kaabah by force.."

To which the Prophet s.a.w responded:

"We have not come to fight anyone, but to perform the Umrah. No doubt, the war has weakened the Quraysh, and they have suffered great losses. So if they wish, I will conclude a truce with them, during which they should refrain from interfering between me and the people.."

There was an option to retaliate against the Quraysh with force for obstructing the peaceful delegation from performing the Umrah. Instead, Prophet Muhammad s.a.w offered a truce with the Quraysh in Makkah. In our reading of this historical event, it was believed that the Muslims in Madinah had a military advantage against the Quraysh in Makkah because of the great losses they suffered from. However, Prophet Muhammad s.a.w taught his companions that when there are options for peace, one should choose peace over war and conflict.

This tactical decision taught us that the default relationship among nations and its community is peace. Abu Zahrah has indeed mentioned in his book on ‘International Relations’:

The basis of all relationships is peace. In summary, after some exchanges between the messengers of Quraysh and Prophet Muhammad s.a.w, the treaty of Hudaibiyah was finally materialised. There are four terms to the treaty, and they are mostly in favour of the Quraysh of Makkah;

1. The Prophet s.a.w and his delegation must return to Madinah and come back only on the following year. They will be granted only three days in Makkah, and they are to come unarmed. They may bring with them sheathed sacrificial knives instead.

2. There will be ten years of peace where there will be no war between the Muslims of Madinah and the Quraysh of Makkah.

4. If anyone from Makkah converts to Islam and goes over to Madinah to join the Prophet and his companions without his guardian's permission, he should be repatriated. Should any of the Muslims from Madinah decides to return to Makkah and convert to polytheism then he may do so without repatriation.

2. Importance of Nation or Community-building 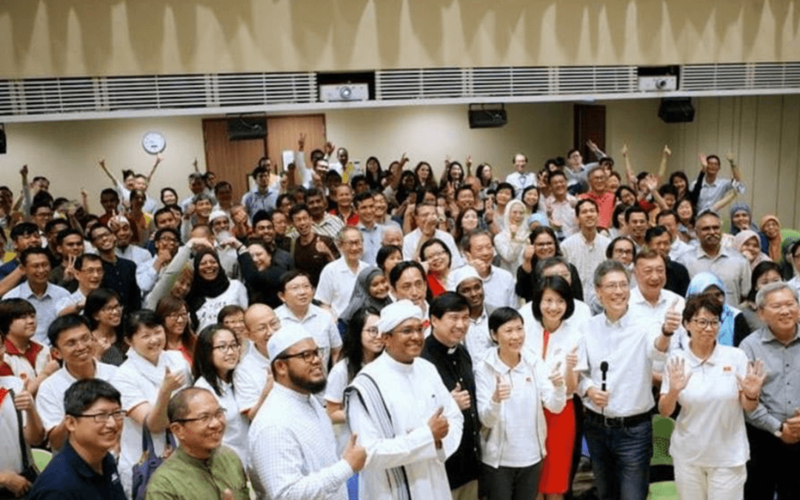 Even though both parties mutually agreed on the terms, the treaty is undeniably in favour of the Quraysh. Nonetheless, the Prophet s.a.w saw something that his companions failed to see from the treaty, an opportunity to strengthen community and nation-building initiatives in Madinah. In order for Madinah to flourish, securing the peace at its border is indeed a strategic decision taken by the Prophet Muhammad s.a.w. The Prophet s.a.w’s acceptance and agreement of the terms despite its imbalances were meant to secure peace and not be involved in perpetual conflict and warfare.

From the content of the treaty, there are three things that the Prophet s.a.w could benefit Madinah and ultimately, Islam in terms of community building:

1. Freedom of religion was observed, which was not accepted in Makkah.

It is recorded in the treaty that the people of Makkah may declare their faith as Muslims and therefore, practice Islam. Permission is only required to leave Makkah if they intend to join Prophet Muhammad s.a.w and his companions to live in Madinah. Freedom of religion is an important element in community-building. Abu Zahrah, in his book on ‘International Relations’, has mentioned nine principles that are crucial in maintaining and facilitating good human relations between Muslims and non-muslims. One of them is freedom of religion, as mentioned in the Quran:

“There is no compulsion in religion”

2. An opportunity to forge a multilateral relationship with other tribes or communities.

Part of the treaty is to allow any community to enter a deal and forge a bilateral relationship with Madinah. This treaty will help build and further develop the community in Madinah. Whenever a tribe or community inclines towards peace with the Muslims, Muslims are inclined to it as well. This is as commanded by Allah s.w.t in the Quran:

“And if they incline to peace, then incline to it (also) and rely upon Allah. Indeed, it is he who is the hearing and knowing”

3. The message of Islam is peace 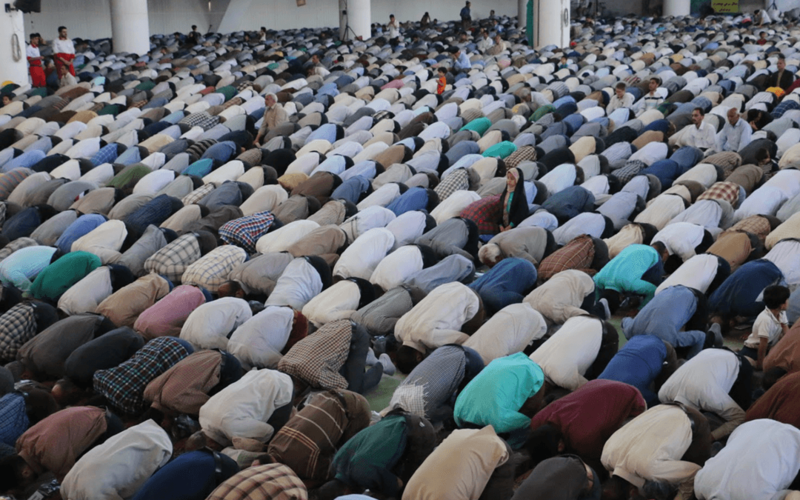 Upon returning from Hudaibiyah and later towards the end of the 6th year of Hijrah, the Prophet s.a.w. wrote letters to the kings present in the time, to introduce the message of Islam. It was reported that the Prophet s.a.w had sent messengers to 10 kings, to name a few; Najashi of Habsyah (Abyssinia), Muqawqis of Egypt, Kisra (Khosrow) of Persia and Qaisar (Caesar) of Rome and this is recorded in ‘Ar-Rahiqul Makhtum’ or The Sealed Nectar by As-Sheikh Sofiyurrahman Al-Mubarakfuri.

The suspension of war activities for ten years, as per the treaty, has neutralised the long state of conflict present in the region between the Muslims of Madinah and the Quraysh of Makkah. The armistice has indeed facilitated the peace process between them, and of introducing Islam to other empires scattered throughout the region and beyond.

Even though the letters are inviting its recipients to Islam, it is important to note that the Prophet s.a.w. upheld the principle of human dignity and freedom of religion. Therefore, there are no elements of compulsion, as mentioned by Sheikh Ali Jumah in his book ‘Four examples of Prophetic guidance in coexisting with others, principles and Objectives.’ Indeed, the message of Islam is intended for the whole universe, as mentioned in the Quran: Another notable lesson from this event is by reflecting on the Prophet's leadership. Each of us is a leader in our own right. Be it a monitor in school, the oldest among siblings, a leader in an organisation, or even a person tasked with their own responsibilities. Throughout this event, the Prophet s.a.w. has shown several enduring leadership qualities despite being put in a difficult situation. One notable account is seen in the Prophet’s conversation with his wife, Ummu Salamah r.a.

When the Prophet s.a.w. and the Quraysh agreed upon the terms of the treaty, most of the companions r.a. were taken aback by the Prophet's decision. The fact that they were not able to reach Makkah for Umrah on that very year makes it even harder for them to accept it. After the Prophet s.a.w concluded with the peace treaty, he then addressed his companions:

"Get up and slaughter your sacrifices and then proceed to have your head shaved." By Allah, none of them got up, and the Prophet repeated his order thrice. When none of them got up, he left and approached Ummu Salamah, and then shared with her what he encountered with others. Ummu Salamah said, "O Prophet of Allah! would you like them to follow your instruction? Go out and don't say a word to anybody till you have slaughtered your sacrifice and then call your barber to shave your head."

The sudden turn of events at Al-Hudaibiyah left the companions upset and confused. Even more so when the Prophet s.a.w. asked them to do the slaughter, as though it signifies the permission to do Umrah yet again. He understood his companions, and therefore, did not react strongly. A sense of empathy is vital in the role of a leader.

The Prophet s.a.w. then proactively acted on the advice of Ummu Salamah r.a. He could have pursued to act using his authority and the companions have never disobeyed the Prophet. Instead, he sought to consult and discuss with his wife. The Prophet’s response also acknowledged that human beings are inherently reactive. Even so, the Prophet has shown us that it is vital to understand a particular event before reacting. This corresponds with Allah’s warning against reaction before comprehension:

“And do not pursue that of which you have no knowledge of.”

As stated in the hadith above, the Prophet s.a.w. proceeded upon what was discussed with Ummu Salamah r.a. The companions eventually stood up and followed suit. From this, we can learn that a leader should always lead by example. Allah s.w.t. has indeed warned us about preachings that do not reflect our actions. Such are the three main qualities of leadership that we can benefit from this beautiful account. To have empathy, understanding the significance of consultation and leading by example.

In reflecting o the story of the Treaty of Al-Hudaibiyah, one should be able to reflect on these three questions: First, on our relationship with people of other faiths. Second, the importance of Nation-community-building. Lastly, on the qualities of a leader. It is important that we continue to reflect on Prophetic history in dealing with today’s crisis. By revisiting the conduct of the Prophet and his companions, it gives us the insight we tend to overlook, to navigate in the challenges of today.

[1] A Compendium of the Sources on The Prophetic Narrative, Samira Al-Zayid, Daybreak Press, (pg. 118, Volume 2)