5 Lessons of Compassion from the Sultan and the Christian Saint

by Ustazah Liyana Rosli Asmara 2019-12-19 • 11 min read
Ustazah Liyana Rosli Asmara holds a Bachelor of Islamic Revealed Knowledge and Heritage (Honours) at International Islamic University Malaysia (IIUM), specialising in Comparative Religion Minoring Communication. She is a trained Facilitator under 'Explorations into Faith' program and was featured in both Straits Times and TODAY for her passion towards community engagement. In her free time, she organises programs for migrant workers in Singapore and enjoys doing Art work.
2019-12-19 • 11 min read 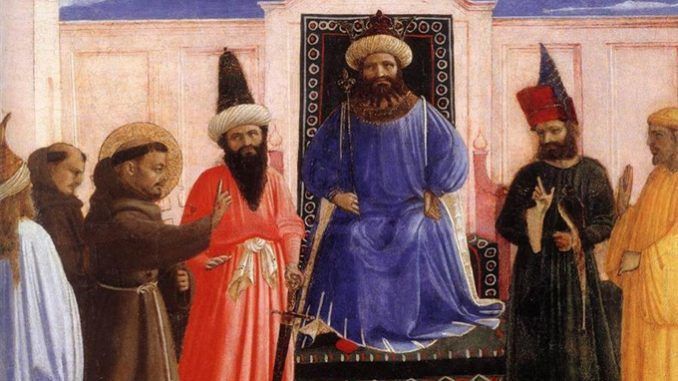 In 1219, a place called Dumyat or Damietta in Egypt witnessed one of the most powerful encounters that changed the history of Muslim and Christian relations.

It began with the story of Saint Francis of Assisi, a Christian Monk who was the Founder of the Franciscan Orders. Born in Assisi Italy in the 12th century, St. Francis was raised from a wealthy family. His father, was a silk merchant and his mother was a noblewoman from Provence. Indulged by his parents, he was known for his lavish lifestyle, surrounded by rich friends with insurmountable wealth and pleasure. However, changes took place in 1202 when he joined military expedition against Perugia and was taken prisoner and spent a year as captive. Subsequent experiences in his life made him forgo the taste of this worldly life and drew himself closer to living a spiritual life, being with the poor and people who suffer. Reviving with a new spirit of life, Saint Francis was determined to bring the message of the Gospel to the world.

It was during the fifth crusade in 1219 when Saint Francis, accompanied by his companion Friar Illuminato, traveled to Damietta to the Muslims’ camp, hoping to win the heart of the Sultan of Egypt to embrace the Gospel or to achieve martyrdom.

Malik Al Kamil Nasir ad Din Muhammad was born in 19 August 1180, roughly a year and a half before Saint Francis. Raised in a royal and influential family, Sultan Malik Al Kamil has been exposed to traits and skills of leadership and peace reconciliation since young. He was the fourth Sultan of the Ayyubid dynasty. His uncle, the great Salahuddin Al Ayyubi, had led the Muslims army to victory when he regained the city of Jerusalem from the crusaders after they conquered it for 88 years. His father, Sultan Adil Sayf Ad Din, was an excellent war commander and was also a great support of strategic leadership to Salahuddin Al Ayyubi. These factors eventually helped Sultan Al Kamil to grow up emulating the charismatic traits of the family of Al Ayyubi and was admired by those who know him. Broken chair at the street of Damietta Egypt

In the height of the crusades, and the tension between the Muslim and Christian troops, the encounter between Sultan Malik Al Kamil and Saint Francis Assisi was an impossible event that resulted an impactful and unexpected outcome. The two individuals experienced a peaceful encounter of one another.  Both were immersed in deep conversation exchanging worldview and philosophy of life. This special relationship transformed the Muslim-Christian relationship to be more respectful, embracing its similarities and differences. They departed with both bringing the message of peace to their respective people.  It was shared that one of the most meaningful outcomes derived from the encounter was “The Prayer of The Praises of God” introduced by Saint Francis. It was said that the prayer was inspired by the Muslims’ 99 attributions of Allah s.w.t.

Here are 5 interesting lessons of compassion that can be learnt out of Sultan Malik Al Kamil and Saint Francis Assisi’s relationship as follows;

1. Practice the Art of Listening One of the critical factors displayed by both Sultan Al Kamil and St. Assisi is the art of listening to each other. Despite the warning given by the followers from both sides, that it is impossible to make peace in war times, the Sultan and the Saint chose to listen to both sides. As a result, it helps them to not only build an almost impossible friendship at that time but the opportunity to misspell misconceptions about the two different faiths.

Imam ‘Ata ibn Rabah, a prominent Tabi’i and a scholar of Tafsir and Hadith once said “A young man would tell me something that I may have heard before he was born. Nevertheless, I listen to him as if I have never heard it before.”

2. Develop a critical mind on what we know, and we do not know 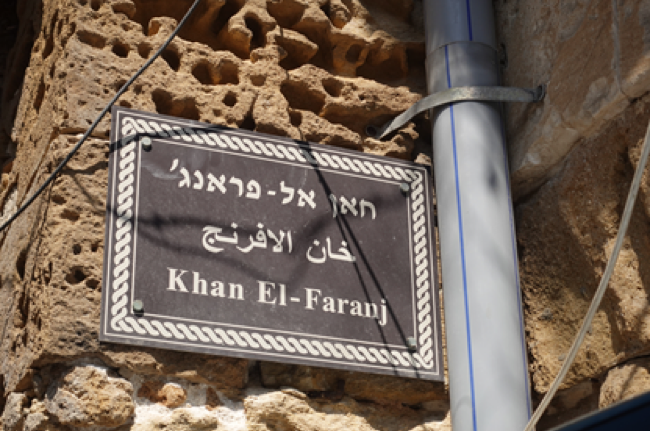 The book ‘Saint and the Sultan’ written by Paul Moses highlighted how investigative journalism reveals that written narratives are often shaped by the writer’s preferences. Therefore, it is important to check alternative resources and trace the root of the information.

For example, it is stated how the Sultan was portrayed negatively in general Christian accounts. However, he was described as a just and kind leader in the accounts of the Coptic Christians.

In addition, the term “crusaders” was not the immediate term used in the Muslim world to describe the Christians, in fact it is the general belief among scholars of Medieval Islam that the term “Faranj" (Franks) was used by the Muslims as blanket reference to the Crusaders without distinguishing between their ethnic compositions.1 The term “Crusade” describing the Christians’ presence with certain military image, only came later.

3. A great exemplar who preaches the teachings of the Quran. “And do not argue with the People of the Scripture except in a way that is best, except for those who commit injustice among them, and say, "We believe in that which has been revealed to us and revealed to you. And our God and your God is only one; and we are Muslims [in submission] to Him."

Some verses in the Quran highlighted Christians people with good characters and do righteousness and if you are in dispute with them, do it in the best manner..

Sultan Malik Al Kamil displayed a character of a true believer and a wise leader who preached the teachings of the Quran. He was known as kind, compassionate and just to everyone including the Christians in his time.

It is stated in the medieval account of the Coptic Church, the Sultan was praised for his wisdom. He ruled in Coptic Christian’s favor when there was a dispute over possession of gold vessels during the construction of the well in the monastery. The Coptic Christians were pleased and paraded to celebrate their victory over the dispute.

It was also said that when the crusaders were caught in flood, he sent out the Muslim troops to distribute breads to the affected armies.

4. Develop the Art of Negotiation Sultan Malik Al Kamil and Saint Francis Assisi taught us the importance of developing skills for negotiation. Living in the contemporary age, provided with advance of technology, we see the meaning of communication has been reduced to a battle of argument. We need to learn to compromise, to be inspired by others, to forgive and re-evaluate our perception.

5. Peacebuilding is a risk-taking nobility The remains of the Crusader city of Acre

A peacebuilder is also a risk taker and can hardly please everyone to achieve a long-term goal. Several Christians were skeptical about Saint Francis’s mission and believed that he would likely die in the hands of Muslims. Likewise, the Muslims were cautious when the Sultan welcomed the Saint to the Muslims’ camp. But both leaders stick true to their values and proceed carrying their faith and spiritual guidance with hope for greater benefit for humanity. Sultan Malik Al Kamil showed composure and chose peace over retaliation as the default response.This event were applauded even in years to come and became an inspiration for peaceful dialogues.

May we strive to emulate the spirit and character of Sultan Malik Al Kamil in radiating kindness and justice to the Muslims and people of other faith communities. Ameen.

1 Excerpt from The Intensification and Reorientation of Sunni Jihad Ideology in the Crusader Period (Brill 2013) by Suleiman Mourad and James Lindsay, page 32